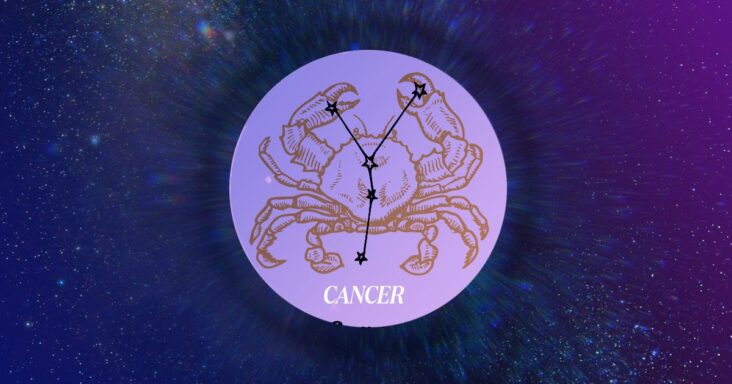 Cancer men are nurturing, loving, and caring for people they deeply care for, but they are also emotional and sensitive, don’t like to be hurt, and can take everything personally. This article looks at some of the character traits that make up a typical cancer man: who they are, what to expect, and how best to deal with them.

Contents show
Cancer man traits
Positive Traits
Negative Traits
Cancer man in love and relationships
1. The cancer man wants to protect the woman he loves
2. Cancer men don’t like it if their loved ones are flirting with others
3. Be ready for good and bad moments
4. Cancer men will never cheat on their loved ones
5. Cancer men are very family oriented
6. Cancer men are not very good at keeping secrets
7. Cancer men are very sensitive and most of their feelings come from the gut
8. Cancer men are very cautious when it comes to making decisions
9. Cancer men are very loyal and dedicated
10. They need constant reassurance
What attracts Cancer men
Effective ways to attract a Cancer man:
Signs that a Cancer man has feelings for you
1. His behavior changes when he’s near you
2. He doesn’t want to let the conversation die down when you’re talking with him
3. He tries to introduce you to his family and friends
4. He starts acting very protective when you’re around him
5. He makes plans with you on a regular basis
6. He’ll start asking questions about your past relationships
7. He’ll come clean about his feelings before the two of you get serious
Famous Cancer men

Cancer men often wear their heart on their sleeve, which means you can usually tell how they feel by looking at them. Despite the fact that cancer men love deeply and care about other people deeply, he may not know how to show his feelings or talk about what is bothering him. Cancer men also need a lot of reassurance for themselves in order to feel secure in your relationship with them; once they get this reassurance from you, then things will go well again. Here are the top 5 good and bad traits of a Cancer man:

1. Cancer men are very sweet and romantic: they like to show their affection through gifts, flowers, candles or thoughtful cards. They like to be sentimental and may express their feelings about their partner through artistic means such as music or poetry. Cancer men sometimes hide their true feelings because this makes them feel weak, but once you manage to break down those walls you will discover a truly wonderful person who has the capacity to love deeply.

2. Cancer men are very intuitive and will sense if something is wrong: cancer men can’t sleep at night if they feel that you’re angry or sad about something and they need to make sure everything is fine between you two.

3. They are very caring and gentle: cancer men are affectionate and will do anything for the people they love so whenever there is a problem it’s best to talk with them before things get too serious.

4. They are very family oriented: cancer men really care about the well-being of their family and would never do anything to hurt them. This means that they’re reliable, responsible and will always come through for you when you need it most.

5. Cancer men are very artistic: cancer men deal with their feelings through art so if your favorite hobby is discussing movies, music, literature or painting then you have found yourself a partner you will be able to strongly relate to.

1. Cancer men are emotional and sensitive: they take things personally and they really don’t like to be hurt or disappointed by others. If cancer men get hurt or feel rejected in any way, they will withdraw from the situation and be avoidant for a while.

2. They can be stubborn: even though you know that a cancer man is wrong about something, he might continue to maintain his viewpoint instead of conceding.

3. Cancer men often have communication problems: they can’t express what they’re feeling and won’t like to talk about it.

4. They can be very possessive: cancer men are often afraid of losing their loved ones so they can become too clingy as a result. Although you don’t want to hurt the cancer man, sometimes you have to put your foot down and tell them that it’s not healthy for the relationship if only one person is giving in.

5. They can be jealous and suspicious: cancer men are more likely to be afraid that they will get cheated on or betrayed in some way so they tend to suspect everyone until proven otherwise.

Cancer man in love and relationships

Cancer men are among the most discriminating of signs in terms of choosing a partner, because they have very strong feelings about what should happen between people who are close. What exactly are they like when it comes to love? Here’s what you need to know:

1. The cancer man wants to protect the woman he loves

This is because of his strong maternal instinct. He will do anything within his power for her happiness and well-being. However, if you’re the one who breaks his heart then he will close off and won’t let anyone in again.

2. Cancer men don’t like it if their loved ones are flirting with others

They can’t stand seeing them together and especially if their woman is so beautiful and other guys find her attractive. What cancer men want is for other people to admire their lover from afar, but not get close to her.

3. Be ready for good and bad moments

Every relationship has it ups and downs, but in this case the downs are more dark than usual. Cancer men need emotional support from people they love and if one day they get bored of you, then it’s going to be hard for them to let go.

4. Cancer men will never cheat on their loved ones

This is because they’re very attached and if someone hurts them then that person will take a huge part of their life away from them. They’ll feel like there’s nothing left anymore and their whole world turned to ashes, so they would rather avoid such situations.

They want to be surrounded by their loved ones and will do anything for them. They’ll often invite you over to meet the people who mean the most in their life and it’s a good idea not to disappoint them if you want to keep them around.

6. Cancer men are not very good at keeping secrets

They feel like the walls are closing in on them if they have to keep something hidden and prefer to be completely open about things instead of having to constantly look over their shoulders. If you’re that kind of person then this is not your match, but if you’re someone who enjoys sharing with your partner then you’ll be just fine.

7. Cancer men are very sensitive and most of their feelings come from the gut

They can’t explain what they feel most of the time and if something makes them sad then it’s probably because they’re thinking a lot about it. If you want to have a successful relationship with a cancer man, then you need to learn more about his emotions and help them grow.

8. Cancer men are very cautious when it comes to making decisions

They’ll think long and hard before doing something that will change their life or the life of someone around them. They’re very private people who don’t like sharing every little detail about their lives.

They’ll never leave you hanging if you’re going through a tough time and will back your decisions because it’s what makes you happy. They always think that there’s something else out there for them, but deep down they know that this one person has become a part of them and they’ll cherish them as long as possible.

Cancer men want all the attention on them even if it’s negative. You can win a cancer man back by apologizing something you didn’t do, or by telling him that he is the most important person in your life.

The most important thing in a relationship for a cancer man is trust and loyalty: he won’t even think about getting into something serious with you if he thinks that you might hurt him or betray him.

Cancer men will fight for something or someone they love more than anything in this world and their anger is not something you want to get on the way of. They might get mad at you, but they’ll always come back fighting for you.

In order to make a cancer man fall head over heels in love with you, you need to be a part of his family and understand him on a very deep level. Cancer men love being surrounded by the people they care about most in this world and if you’re not one of those people, then you’ll have to work really hard to win their heart.

If you want to barrier between you and a cancer man, make sure you show him how much he means to you and don’t take anything for granted. You won’t always be able to read his mind or guess what he’s thinking, but by being affectionate and attentive to his needs you’ll be able to keep him committed to you.

Signs that a Cancer man has feelings for you

Here are the top 7 signs that a cancer man has feelings for you:

1. His behavior changes when he’s near you

If he starts acting differently around you, then it means that he feels something stronger than friendship for you.

2. He doesn’t want to let the conversation die down when you’re talking with him

Cancer men can be very shy in front of people they care about and they don’t like making the first move so if he’s not letting the conversation die down even for a second then it means that he wants to get to know you better.

3. He tries to introduce you to his family and friends

A cancer man doesn’t do this with just anybody, so if you see him bringing up your name all the time in front of his loved ones, then it means that he has feelings for you.

4. He starts acting very protective when you’re around him

Protectiveness is one of the biggest signs of love among cancer men so if he looks all over the place to ensure your safety, then there’s no doubt in our minds that he loves you.

5. He makes plans with you on a regular basis

A cancer man is a very busy person, so if he takes the time to make plans with you every single day then it means that something’s going on between the two of you. He might have just realized that your company makes him feel good or he could be in love with you.

6. He’ll start asking questions about your past relationships

If a cancer man wants to get serious with you, then he’s going to probe a little deeper into your past relationships and he’ll make sure that you’re not hiding anything from him.

7. He’ll come clean about his feelings before the two of you get serious

Cancer men can get overwhelmed by their emotions really quickly, which is why if he wants to tell you how much he loves you before things even get serious then it means that he’s just really scared of losing you.