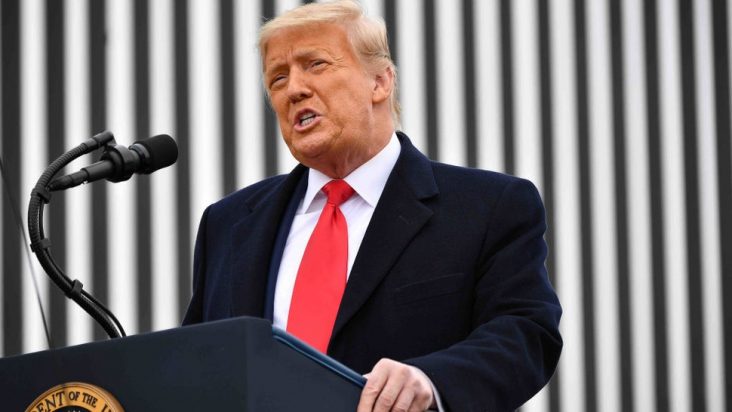 President Donald Trump on Tuesday said proudly that he is at “zero risk” from the 25th Amendment but warned incoming President-elect Joe Biden that the process would come back to “haunt” him.

Speaking at a rally in Alamo, Texas, Trump lashed out at lawmakers who are pushing for a second impeachment.

He said, “I’d like to briefly address the events of last week. Millions of our citizens watched on Wednesday as a mob stormed the Capitol and trashed the halls of government. As I have consistently said throughout my administration, we believe in respecting America’s history and traditions, not tearing them down.”

The President then covered the recent efforts to remove him from office as well as ban him from social media platforms.

“Free speech is under assault like never before,” Trump said, emphasizing that, “The 25th Amendment is of zero risk to me but will come back to haunt Joe Biden and the Biden administration. As the expression goes, be careful what you wish for.”

Trump expressed his belief that Democrats will someday use the process in order to remove Biden from office.

The President also dismissed the new charge as an “impeachment hoax” and said it was nothing but a witch hunt.

“The impeachment hoax is the continuation of the greatest and most vicious witch hunt in the history of our country and is causing tremendous anger and division and pain, far greater than most people will ever understand, which is very dangerous for the USA, especially at this very tender time,” Trump said.