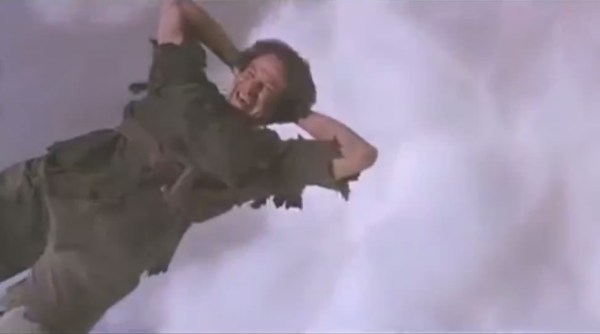 Transcript:
“Please, don’t worry so much, because in the end, none of us have very long on this earth. Life is fleeting, and if you’re ever distressed, cast your eyes to the summer sky, and the stars that strung across the velvety night, and when a shooting star streaks through the blackness turning night… into day… make a wish. Think of me. Make your life spectacular. I know I did.”

Here’s what one Reddit user had to say after watching this clip:

As someone who has suffered from depression off and on for years, this was the most bittersweet video I have seen yet. In 2006 I was at the point where suicide was not just a fleeting thought, but a serious consideration. I was days, possibly hours, away from taking my own life – I just needed to figure out how.

My parents somehow knew something was wrong despite being over 500 miles away – I didn’t answer their calls. My mom’s distressed voicemail wasn’t going to deter me. That’s when my dad, someone with whom I’d argued and fought with more times than I can count, someone I didn’t care to ever see again left me a voicemail.

I could hear the sadness in his voice, but I also heard something else I hadn’t heard from him in a long time – compassion. He didn’t plead with me to call him; he didn’t beg me to let him know I was okay. He opened up about his own struggle with depression. He told me how my obsession with standup comedy in high school had helped back him away from the ledge. He specifically mentioned Robin Williams’ Live on Broadway and how watching that with me was his turning point. His voicemail was my turning point.

In the years since, my dad and I have grown closer. We have lunch once every couple of weeks and openly discuss the things going on in our lives, good and bad. For us, Robin Williams is not just a comedian – he’s a light in the darkness, he’s synonymous with hope.

When I reach that point again, I hope I can remember that Robin saved me once and let him save me again. – robin_saved_me