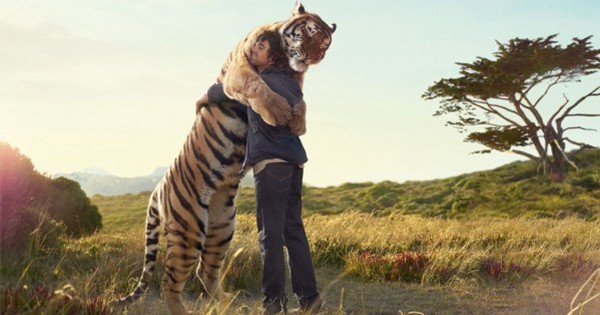 Had a hug yet today? According to science, you need at least one tight embrace a day to stay fundamentally healthy and stress-free. It’s easy to see why they’re awesome — hugs are warm, cozy and relaxing. But how does all that affect your health?

Contents show
#1. It makes you biologically happy
#2. It’s great for your heart
#3. It beats away your fears
#4. It lowers your blood pressure
#5. It combats loneliness
#6. It’ll help you fight infections
#7. It helps prevent fatigue
#8. It helps raise happier children
#9. It helps relax your muscles
#10. It strengthens relationships

#1. It makes you biologically happy

Biological happiness is a pretty big deal. Squeezing the “grr” out of someone lowers stress hormone levels and raises their levels of oxytocin — also known as the “love” or “trust hormone”. Getting cuddly boosts your self-esteem, too, and creates psychological bonding with people. All good things for your body, especially if you’re often under a lot of stress.

Hugging calms down your heart rate, alongside hand-holding. In one study, the increase in heart rate people experience when with a loved one halved between huggers and non-huggers.

#3. It beats away your fears

Fear of death, specifically. It seems that people affected with an existential crisis — a fear that their life is meaningless, and a fear of their mortality — can be eased ever so slightly by something as simple as hugging a teddy bear. Any moment of interpersonal touch can actually help alleviate these fears, hugs being among the most powerful.

#4. It lowers your blood pressure

Hugging directly affects your vagus nerve, which affects every single organ in your body except the adrenal glands, and is in charge of controlling sweating, speech, heart rate, and in some ways even coughing while cleaning your ears. Stimulating the vagus nerve through hugging can lower blood pressure, and may also affect the release of oxytocin in the body.

Loneliness is dangerous. If you don’t feel that you’re part of a supportive social environment of any kind, you’re on a highway to self-destruction, depression, alcoholism and suicide. Physically, loneliness takes its toll on your body from destroying your motivation to exercise to negatively affecting your blood pressure.

Hugging helps your body fight disease, and not just through immunity boosting. Researchers exposed participants in a study on hugging to a cold virus, and then tested to see if people who were hugged were less susceptible to the virus. The study confirmed that, yes, physical contact that reduces stress also reduces the risk of being infected by contagious diseases.

Cortisol kicks in and gets to a high-point around eight in the morning, at which point you’re alert and ready for the day — and then crashes down around three or four in the afternoon, at which point you’ll feel a considerable slump in motivation. Replacing the stress hormone with other, happiness-inducing hormones may help both prevent stress-induced fatigue and increase motivation.

A study suggests that people who were hugged a lot as babies cope better with stress, and are more emotionally-equipped to handle stressful situations later in life. Aside from a stronger connection with parents,  infants who are hugged often learn that their actions affect their environment.

#9. It helps relax your muscles

Just like hugging can relieve emotional stress, it can also relieve physical stress. A good hug at the beginning and end of the day — at least 20 seconds — helps you resolve physical tension which could lead to bad posture and a host of other long-term problems.

Couples that hug each other, stay together. Why? Hugging reaffirms that everything is right in the world, and short of kissing and making love, it’s the best way to physically agree on a simple fact: you’re here for each other, and you love each other no matter what. Not only does that release a whole bunch of neurochemicals, but it’s a purely psychological thing, too. So be sure to argue, make up and hug often.