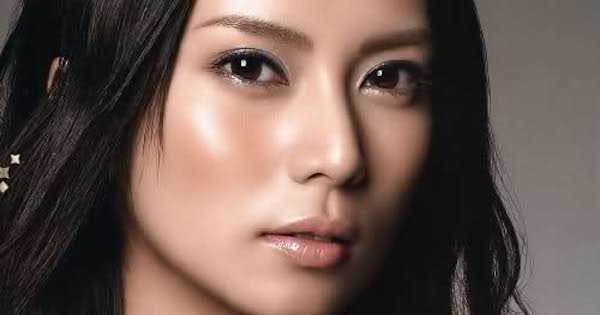 It’s no secret that the people of the land of the rising sun tend to outlive pretty much everyone else. For years, people in the West have been looking at the Japanese and scratching their heads, witnessing as Japan rose from having one of the lowest life expectancies post-WWII, to topping the charts globally.

What gives? Although there are no definite answers, years of scientific research and anecdotal evidence have revealed some answers — and tips for the rest of us.

Contents show
#1. They eat a lot of vegetables
#2. They cook their food differently
#3. They drink a lot of tea
#4. Their food is fresh
#5. They’ve got smaller plates
#6. They walk, stand, and squat more
#7. They’ve got morning exercise — on the radio
#8. They’ve got universal healthcare
#9. They spend more time outside
#10. They focus on cleanliness

#1. They eat a lot of vegetables

Traditionally, the Japanese eat lots of rice, veg and fish — generally in that order — and Japan’s infatuation with fermented soy and seaweed means they have no lack of vitamins, minerals, and beneficial phytochemicals.

Unfortunately, from the 19th century onward, there has been an increase in unhealthy Western habits — breaded and battered meats and more recently, white bread, refined sugars, and copious amounts of sweets.

#2. They cook their food differently

Tempura, tonkatsu and croquettes notwithstanding, Japanese food involves a lot of steaming, pan-grilling, broiling, stir-frying, slow-cooking, and fermenting. They also have a habit of making at least one bowl of soup and usually they prepare small dishes. It helps when they couple their veg and fish intake with lots of fiber from beans, rice, and often beans and rice.

While coffee isn’t necessarily bad, there’s a huge tea drinking culture in Japan — and good quality Japanese tea contains far more antioxidants than coffee. This is especially true for Japan’s tea-time specialty: matcha, which is a fine (and often expensive) powdered tea made of young leaves grown specifically to increase their chlorophyll and antioxidant content by depriving them of sunlight.

It’s seriously, seriously fresh. And seasonal. Being a relatively small archipelago with a large amount of arable land, there isn’t much need for food to travel very far before it enters people’s mouths, and that can be said for Japan’s veg as much as it can be said for its fish and grain. In Japanese markets, food isn’t dated by the day — it’s dated by the half-hour according to Naomi Moriyama, who wrote a book entitled: Japanese Women Don’t Get Old or Fat.

Portion control is a traditional part of Japanese cuisine. Etiquette is a huge part of Japanese living, and part of that is the careful use of chopsticks, the practice of eating from a small plate or rice bowl, only garnishing food lightly, serving each item on its own little dish, never completely filling a plate or serving large portions.

In Okinawa, the locals attribute part of their longevity to the saying: hara hachi bu, meaning “eat until you are 80% full”.

Part of daily Japanese life is the great commute — getting up, heading to the station, waiting for the train, standing in the train, walking from the next station to work, and getting on with life. Public transport is the norm in Japan. People jump on bikes and hop on trains — a car is considered a luxury. Many employees, such as those at Canon, work standing up.

Even going to the bathroom is different in Japan. While there are a lot of Western-style toilets available, old-school Japanese lavatories involve squatting, which is healthier for the bowels.

#7. They’ve got morning exercise — on the radio

Called rajio taiso, Japan literally has on-the-air exercise routines that are completed in massive groups every morning. The majority of Japanese partake, and there are several degrees of difficulty for different people. Originally a (now defunct) MetLife, Inc. product straight out of Massachusetts, visiting Japanese employees of the Ministry of Communications and Transportation brought radio calisthenics to Japan in the 1920s.

The benefits are obvious — an increased level of athleticism, alertness and energy, alongside better flexibility and focus at the workplace and in school.

Since the 1960s, Japan has had a mandatory healthcare system that gobbles up only 8% of the GDP (less than half of what America pays for its current system) while keeping people very much healthy. The average Japanese person visits their doctor over a dozen times a year for check-ups, four times as much as in the States.

#9. They spend more time outside

In addition to walking practically everywhere, it’s a Japanese custom to eat out with friends rather than invite them in. Japanese living spaces are modest, while restaurant prices are relatively cheap — so socializing outside is a regular occurrence. While the effect of hanging out with people hasn’t been tested on Japanese longevity, social coherence and friendships are important for emotional health.

#10. They focus on cleanliness

The Japanese are obsessed with cleanliness, and it’s for the better. Their cultural methods are largely based on the centuries-old traditions of Shintoism, a large part of which is the concept of purification. In Japan, it’s not uncommon to bathe twice a day in the summer. Communal baths are a regular thing, and the guidelines and rules within them are strict.