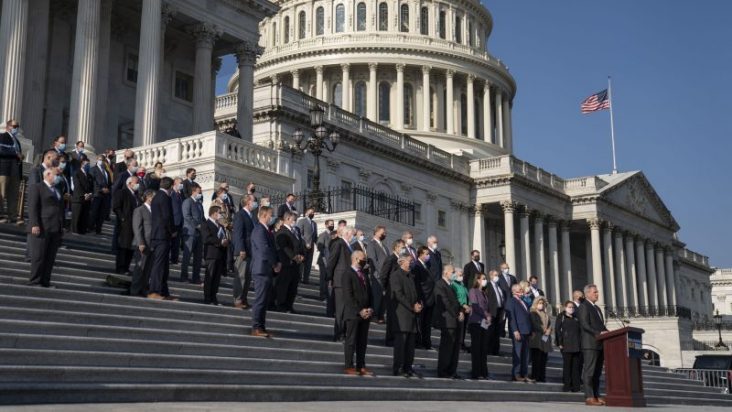 Over 100 Republicans on Thursday signed an amicus brief supporting the election lawsuit earlier filed by the State of Texas.

“This brief presents [our] concern as Members of Congress, shared by untold millions of their constituents, that the unconstitutional irregularities involved in the 2020 presidential election cast doubt upon its outcome and the integrity of the American system of elections,” the brief, signed by 106 lawmakers, read.

Study Committee Chairman Mike Johnson drummed up from his GOP colleagues for the brief.

“President Trump called me this morning to let me know how much he appreciates the amicus brief we are filing on behalf of Members of Congress. Indeed, ‘this is the big one!’ ” Johnson tweeted.

“The president has a right for every legal challenge to be heard. He has the right to go to the Supreme Court with it, yes,” McCarthy said.

The Electoral College is scheduled to meet on Monday to cast their votes, and Congress is set to convene to certify the results on Jan. 6.