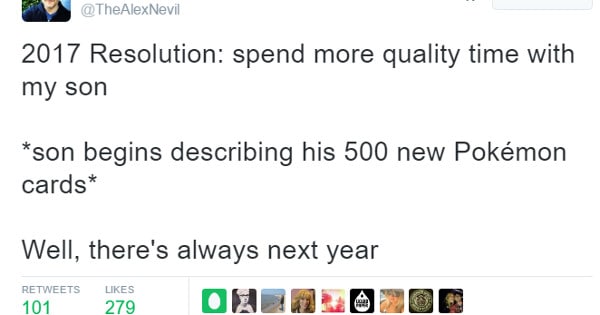 My 4 year old spilled water on his bathing suit, so he can't go in the pool until he changes and this is why vodka is a thing.

My son was crying and asked, "why doesn't the dog have to wear pants?" And it's like, I don't even know. So now I'm putting pants on a dog.

Parents: "If only there were a manual for this."

Also parents: "How dare you tell me how to raise my kids, you piece of shit."

wife: Let's fool around after the kids go to bed
narrator: But they never did fool around

I'm coaching my son's soccer team because it's important that he knows I'll swear at other kids, too.

"I just think it's weird that you have so much white hair. That's kind of a grandma thing."

-7yo, and current least favorite child

1st kid: Document their every move

Someone drew doughnuts on the bottom of the grocery list

My wife thought it was cute so she bought them

She doesn't need to know it was me pic.twitter.com/qmdoCc9sDO

IF YOU KIDS DON'T COME BACK TO THIS TABLE AND FINISH YOUR LUNCH RIGHT NOW, I SWEAR I WILL SIGH HEAVILY, EAT IT MYSELF AND GAIN 3 POUNDS.

My son just asked me if cats can have babies when they aren't married and I told him yes, but I honestly don't know.

My kids wanted a karaoke machine for Christmas-little did I know it would be for yelling in the mic "CAN WE HAVE A SNACK" when I'm upstairs.

[building a snowman with my kids]
Me: Ok, who wants to put the arms in?
Kids: *went inside 2 hours ago to play video games*

A parenting rite of passage is getting caught throwing away Happy Meal toys as they sing from their grave bc you didn't turn the sound off.

Not sure if I should be more concerned about the son who locked me out of my bedroom today, or the one who showed me how to pick the lock.

Why I should accomplish all my goals today: