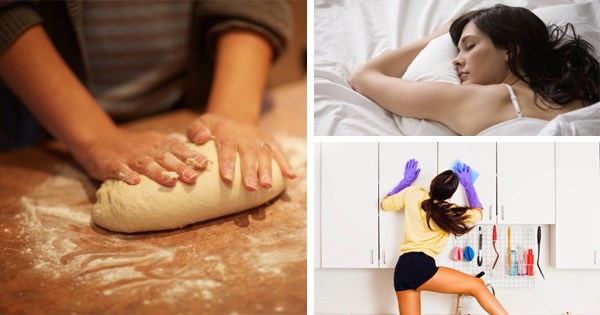 You don’t have to run for miles or spend hours on the stairmaster to burn calories. There a lot more interesting and fun ways to do it — here are 15 of our favorites:

Texting burns roughly a quarter as many calories as weightlifting. How? Well, calories are burnt according to how long you work your body. Which is why things like running, jumping rope and cycling burn calories, while short-distance sprinting and lifting don’t burn nearly as much in the same amount of time.

However, strength training exercises like these induce an after-burn effect, which increases your general calorie-burning power throughout the day.

#2. A session of video gaming. 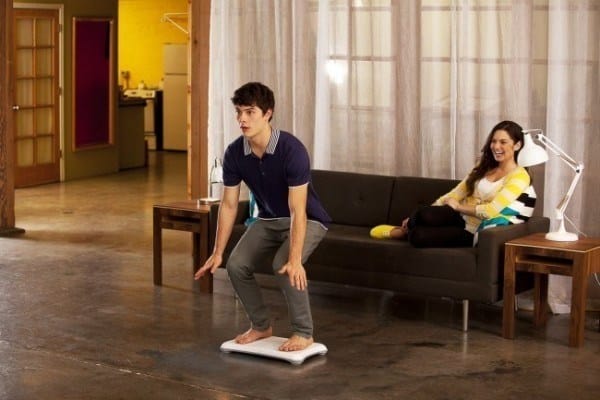 An average session of sedentary (sitting) gaming burns anywhere between 61 and 80 calories per hour — the equivalent of half a bar of chocolate. But if you’re the type to jump up and grab the WiiMote for a session of Skyward Sword, or get moving with Wii Sports and Dance Dance Revolution, you could be burning as much as around 240 calories an hour. In contrast, running at 5 mph for an hour will burn about 670 calories.

If you want to get really inventive, put on an Oculus Rift and play an hour of Outlast to give your heart a good workout.

#3. Getting hot and intimate.

Making out can burn as much as 470 calories in an hour. This is because of your body’s reaction and anticipation for what will (presumably) come next. Kissing vigorously — and in all the right areas — can get the heart thumping and make your breathing harder, and flush your head with hormones and imagery. The hotter the room, the better.

Progressing to the next stage takes things to another level: sex itself, if filled with position changing, riding and climaxes for both parties, can burn up to approximately 400 calories in an hour.

Need a good workout? Then get some cleaning done! An hour of mopping burns 170 calories alone — and doing a bit of redecorating and furniture moving blasts away an additional 340 calories per hour.

But if you’re up for a real challenge, then carrying your groceries up the stairs for an hour (y’know, for those living on the 234th floor) scorches a whopping 442 calories (off your by-then admirable glutes) per hour.

Karaoke might not be your thing, but if it is, rejoice! For you are burning over a hundred calories per hour of singing, which is only a dozen songs — definitely an achievable goal. If you start to sway a bit or indulge in some nostalgic headbanging, you can count on saying good bye to even more calories.

If you’re an avid musician, then it’s good to know that your daily practice sessions aren’t just making you a better artist — they’re also helping you lose weight. Violinists and pianists alike burn over a hundred calories in a hour, and rock n’ roll guitarists get even more burned away, at a rate of about 130 every hour.

Drummers take the cake, however — beating away on a drum kit for an hour is roughly equivalent to a Snickers bar. Probably a bit more if you’re into death metal.

Sit down with a couple buddies, and then play the harshest game of Scrabble you can. Scream at each other. Furiously look up words in a thesaurus. Throw the thesaurus with expert precision at a player’s face when he attempts to argue that “zyzzyva” is totally a real word (note: it actually is).

If you try really hard, you can burn up to a hundred calories in an hour — that’s more than you’d get playing an accordion.

Washing and cleaning your car can burn as much as 250 calories an hour, but things get real when you bust out the wax. Mr Miyagi had a point when teaching Daniel-san the finer points of car care — waxing does more than just keep your hood nice and shiny, it also burns as much as 325 calories per hour. That’s the equivalent of a bowel of Cinnamon Toast Crunch. So go ahead, wax on, wax off.

Other examples were Jaws and The Exorcist, burning 161 and 158 calories, respectively. The reason? When you’re terrified, your heart rate increases and stress hormones cause a stir in your body, causing your metabolism to quicken.

Ultimately, the best way to burn calories without exercise or training is yard work — come rain or shine, there’s always something to do in a large yard or garden, and if you decide to do it yourself then you’ll be in for a great workout. Raking, carrying, lifting and pulling at weeds works your body’s muscles, and if you’re moving bags of dirt around, all the better.

An hour of vigorous yard work will burn up to 600 calories. Mowing the lawn burns about 350 calories an hour — even more if you do it with a pair of garden scissors!

Trying on clothes and window shopping are, in fact, little workouts on their own. Try putting on a dozen tight-fitting jeans — it isn’t easy!

On average, every outfit you try on burns about a dozen calories — and you don’t have to buy any of them. Window shopping for an hour burns a whopping 200 calories.

Walking the dog for an hour burns as much as 250 calories — even more if you couple that walk with a great workout for both you and your furry one. Playing fetch is a great way to bond with the pooch, and you both burn a good amount of calories.

For a really big burn, run alongside your dog instead of just taking it for a walk.

#13. Lather and rinse the family pet.

Giving your dog a bath is a great way to shed calories, too: 400 calories in an hour! Of course, most dogs aren’t large enough (or patient enough) to spend an hour enveloped in bubbles, but it still means you get to burn about 200 calories every time you scrub and bathe the family pet.

Making bread can be a pain depending on how you knead the dough — if you’re working at a bakery or a pizzeria, and part of your job description includes kneading and flipping dough for hours, then you can definitely consider that light exercise.

An hour of kneading can burn over a hundred calories — of course, if you’re baking for yourself then that’s immediately nullified by the delicious end result of your labors.

It may sound counter-intuitive, but you burn a couple calories sleeping, too! The reason: when you’re in REM (rapid eye movement) sleep, your body is slightly toned and your brain is hyperactive, characterized by the fact that you’re dreaming vividly. While doing so, your brain will constantly use up glucose, breaking down carbs in your body to get the delicious energy it needs to keep the dream going.

You burn more calories in REM sleep than when staying awake and being restless for the same period of time — up to three times as much, according to one study.