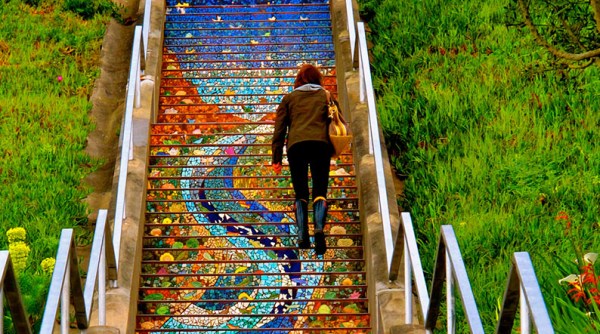 Many of the following beautiful stairways you are about to see were made as a result of locals coming together and working together as a group. For example, the mosaic steps in the San Francisco stairway were made by more than 300 local people under the guidance of two artists.

This kind of art is always awesome to see… enjoy! 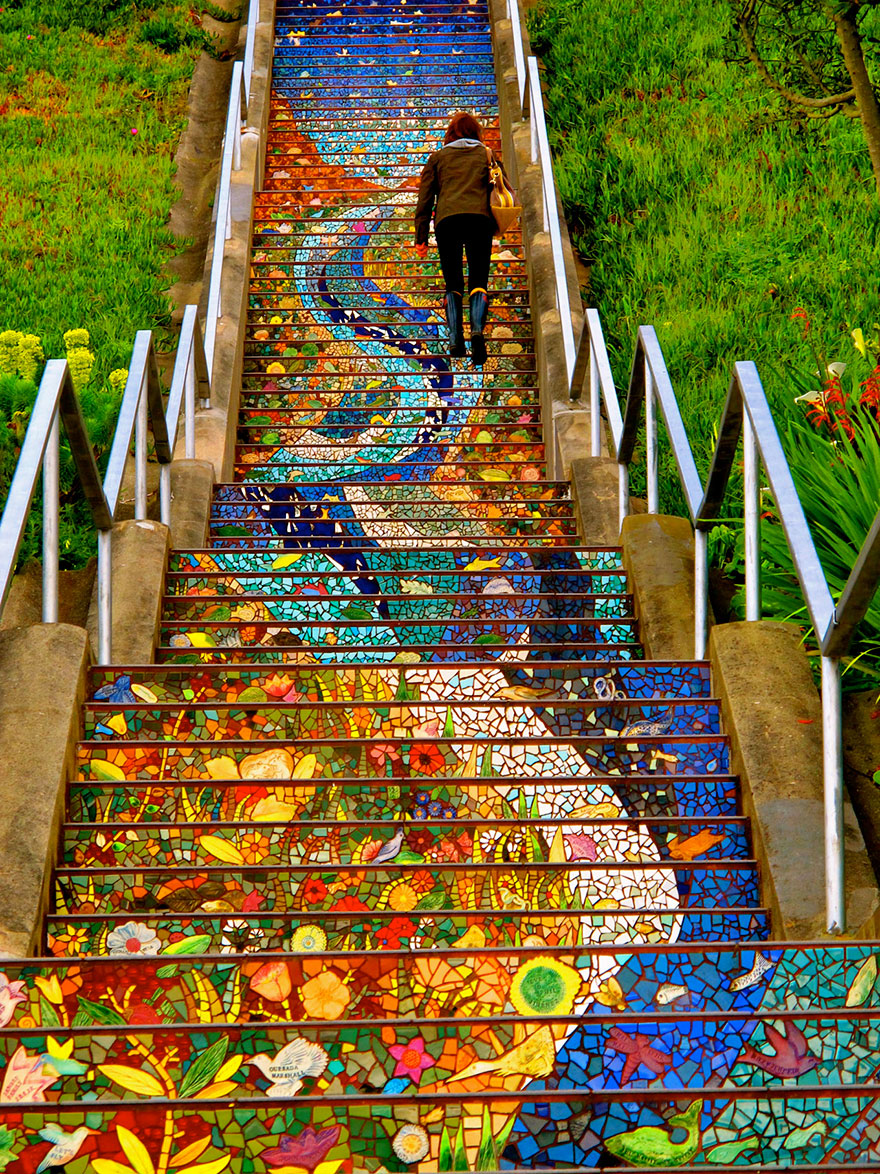 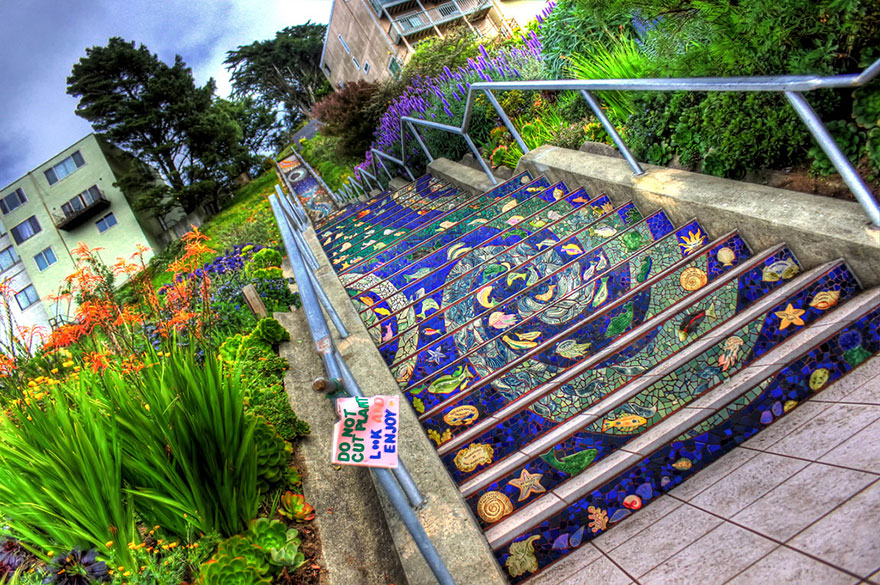 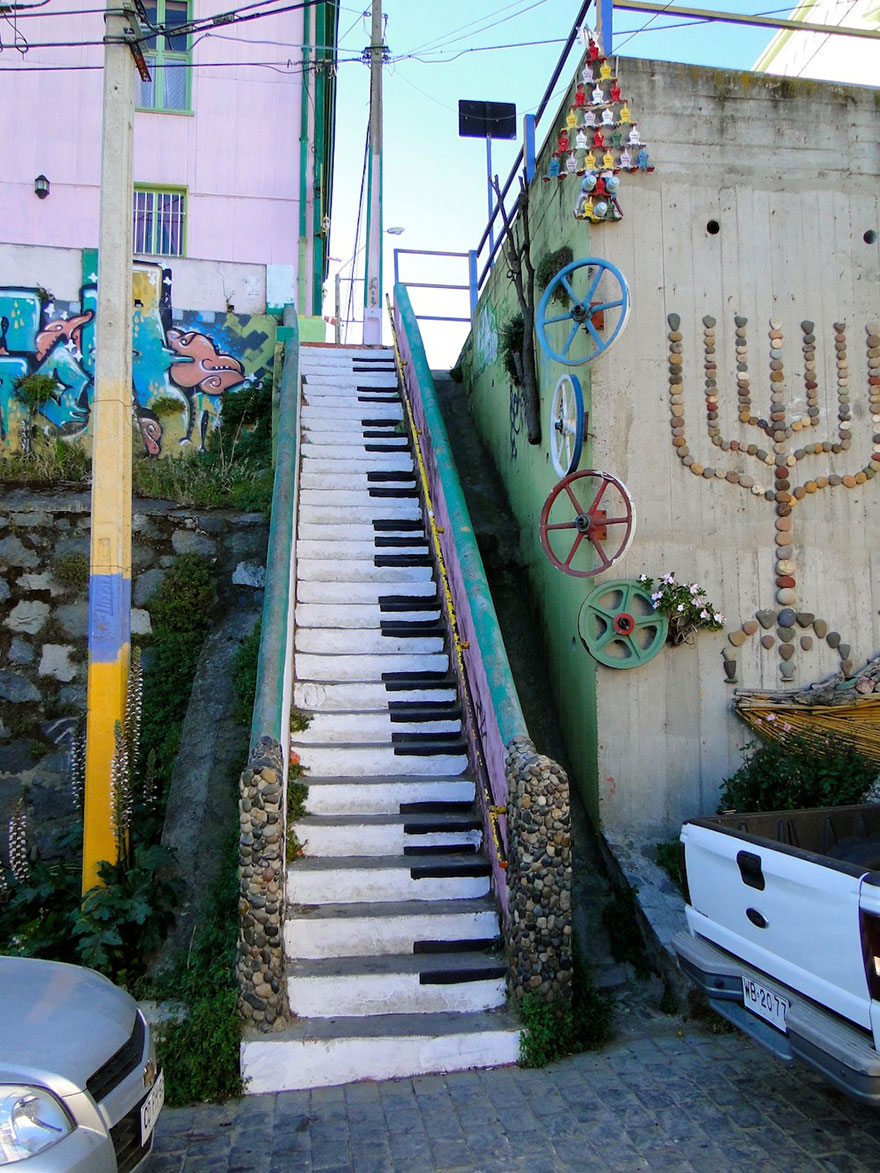 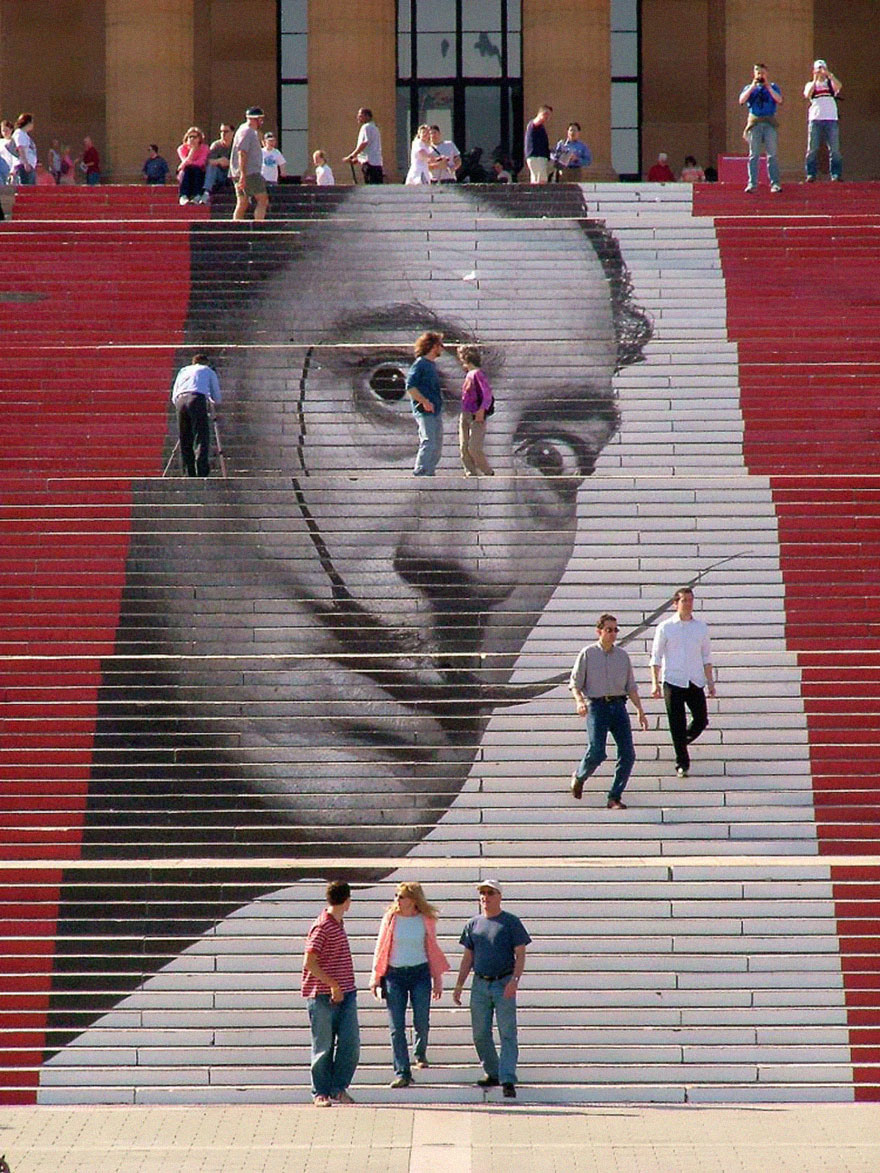 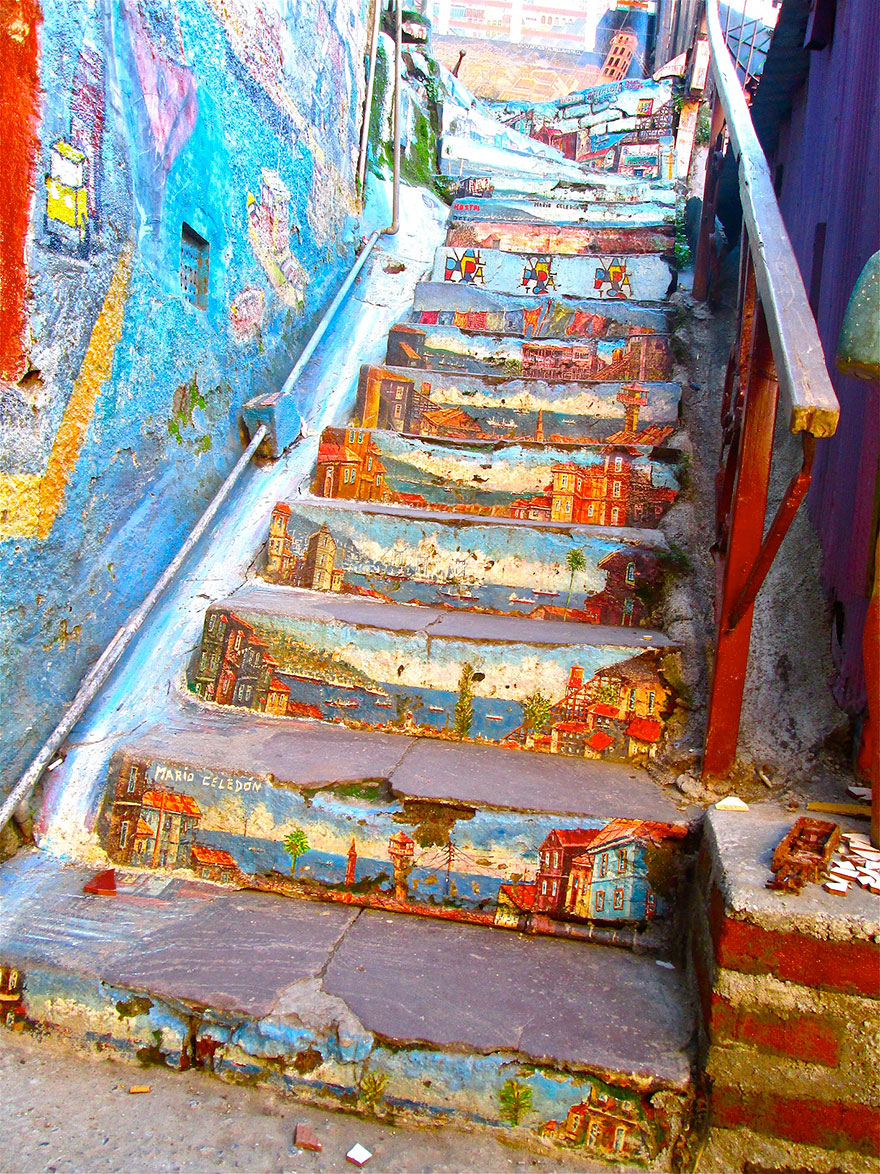 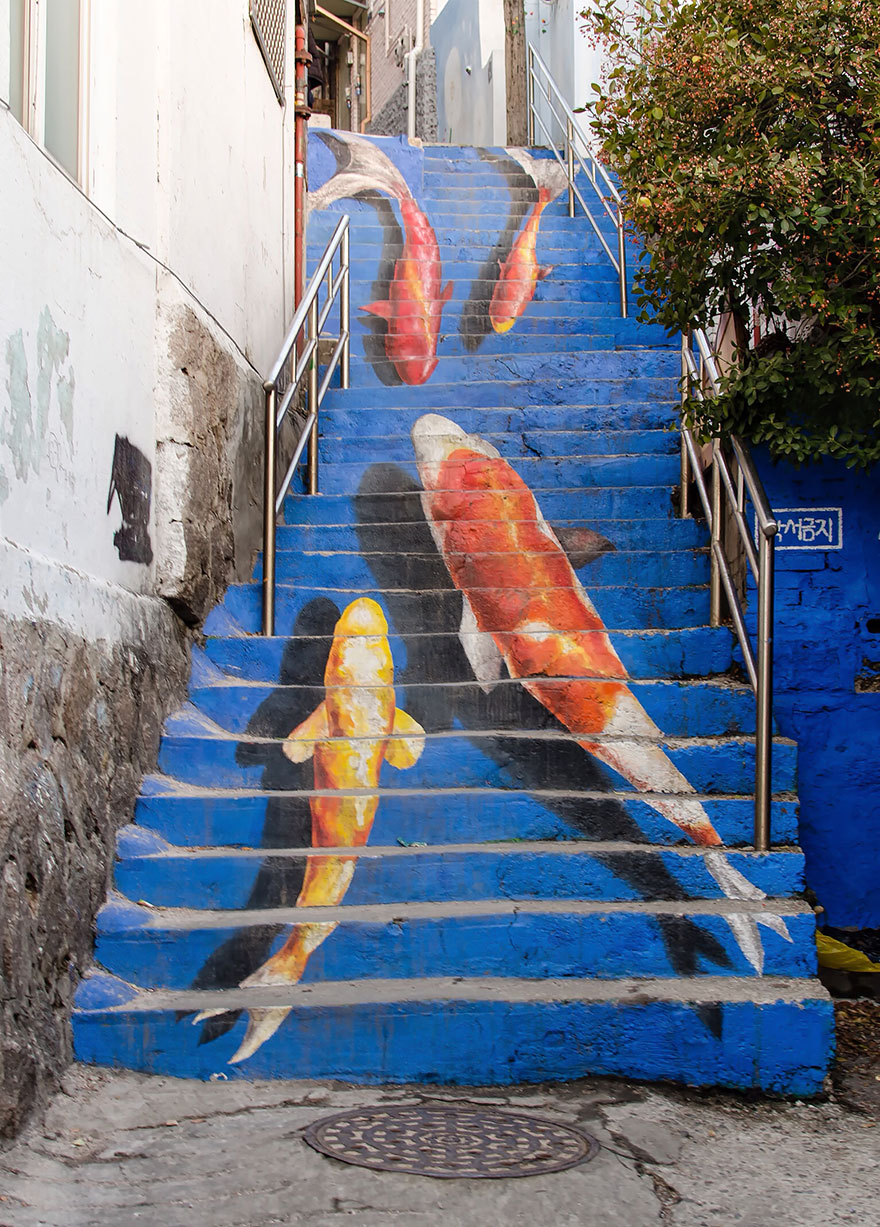 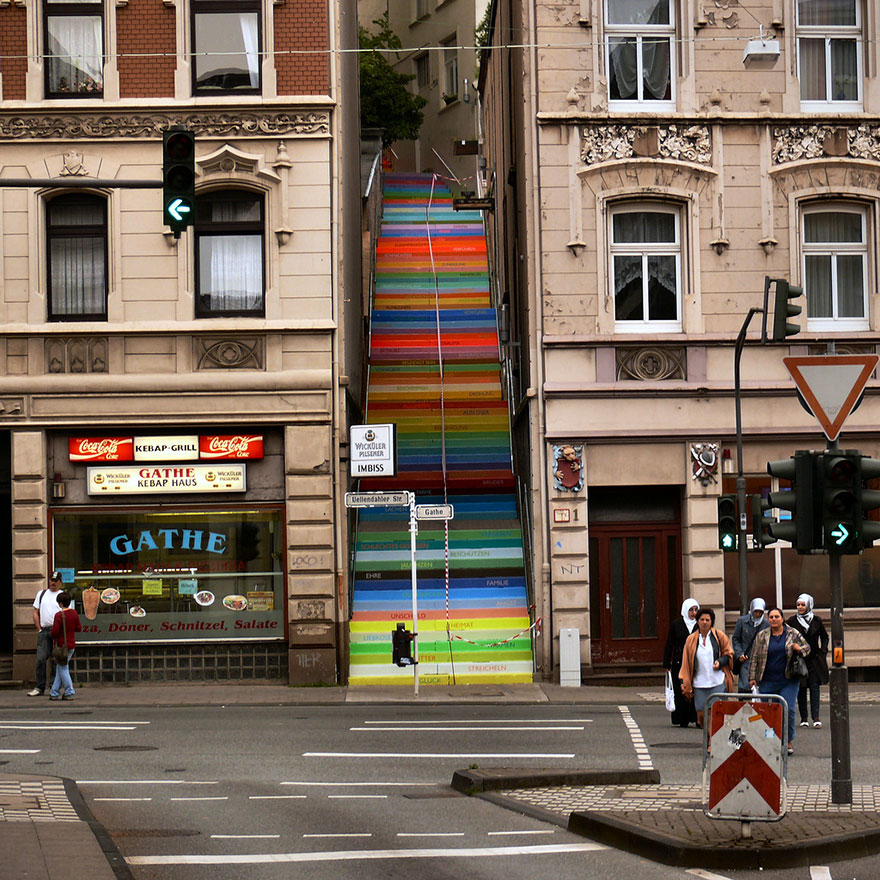 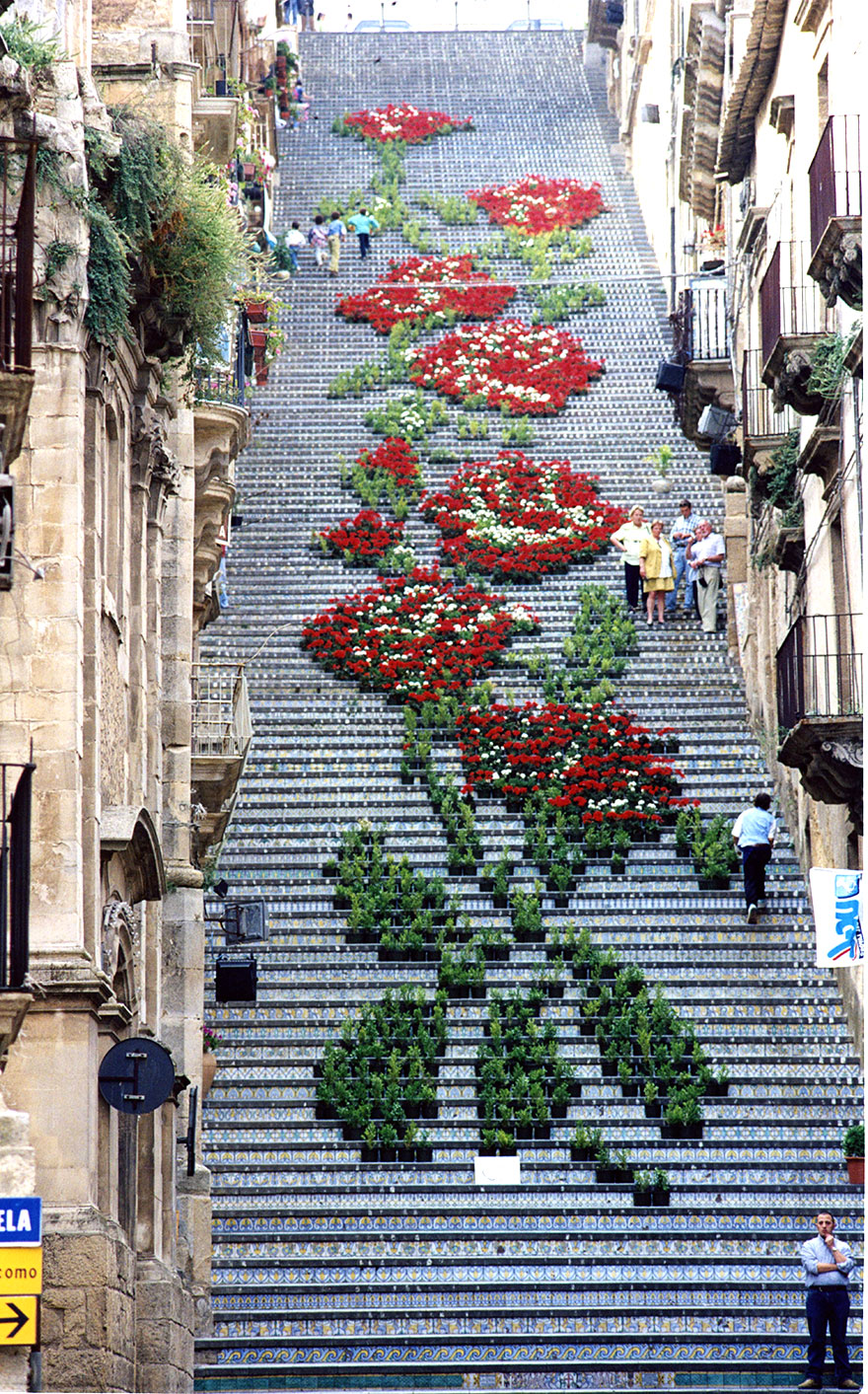 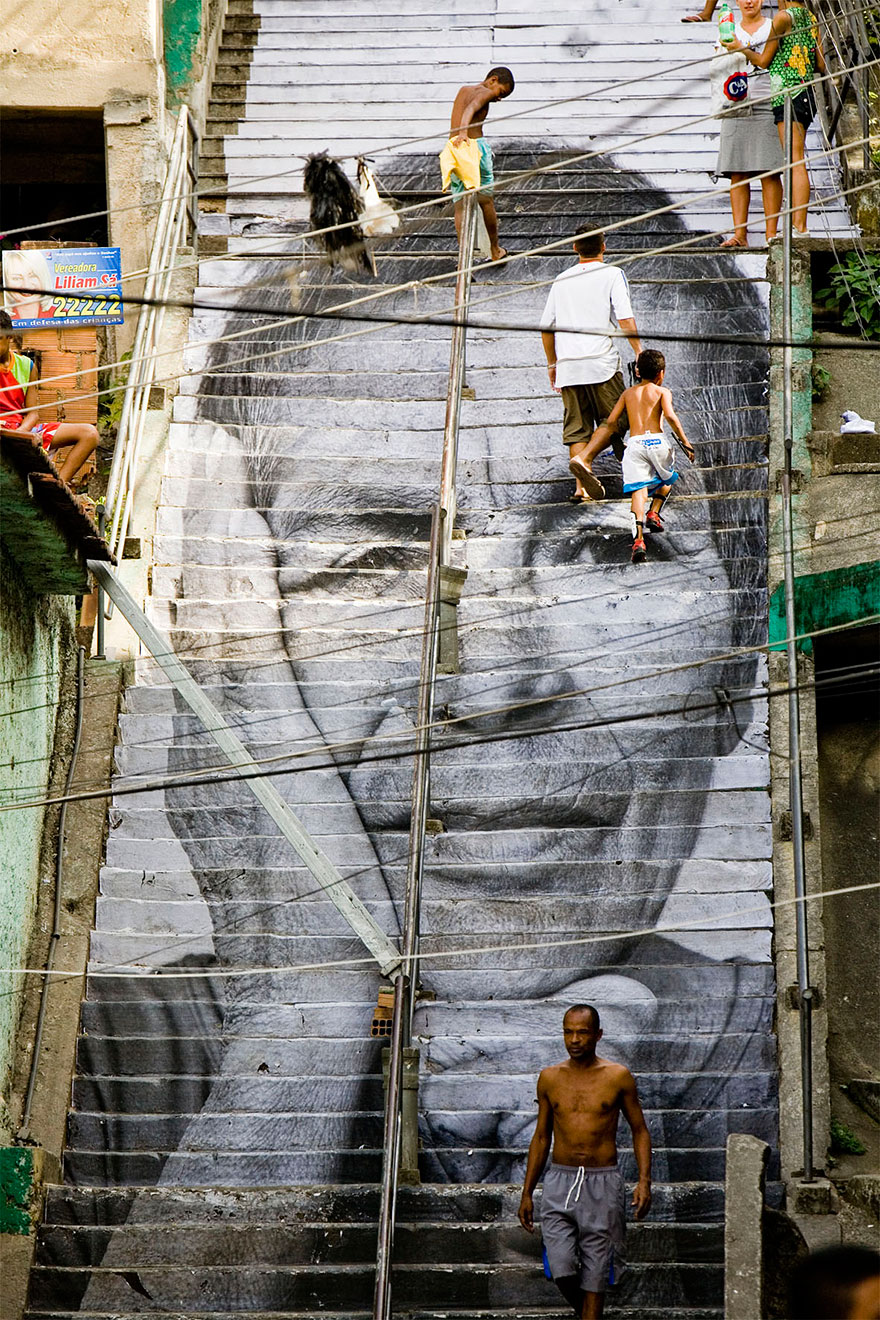 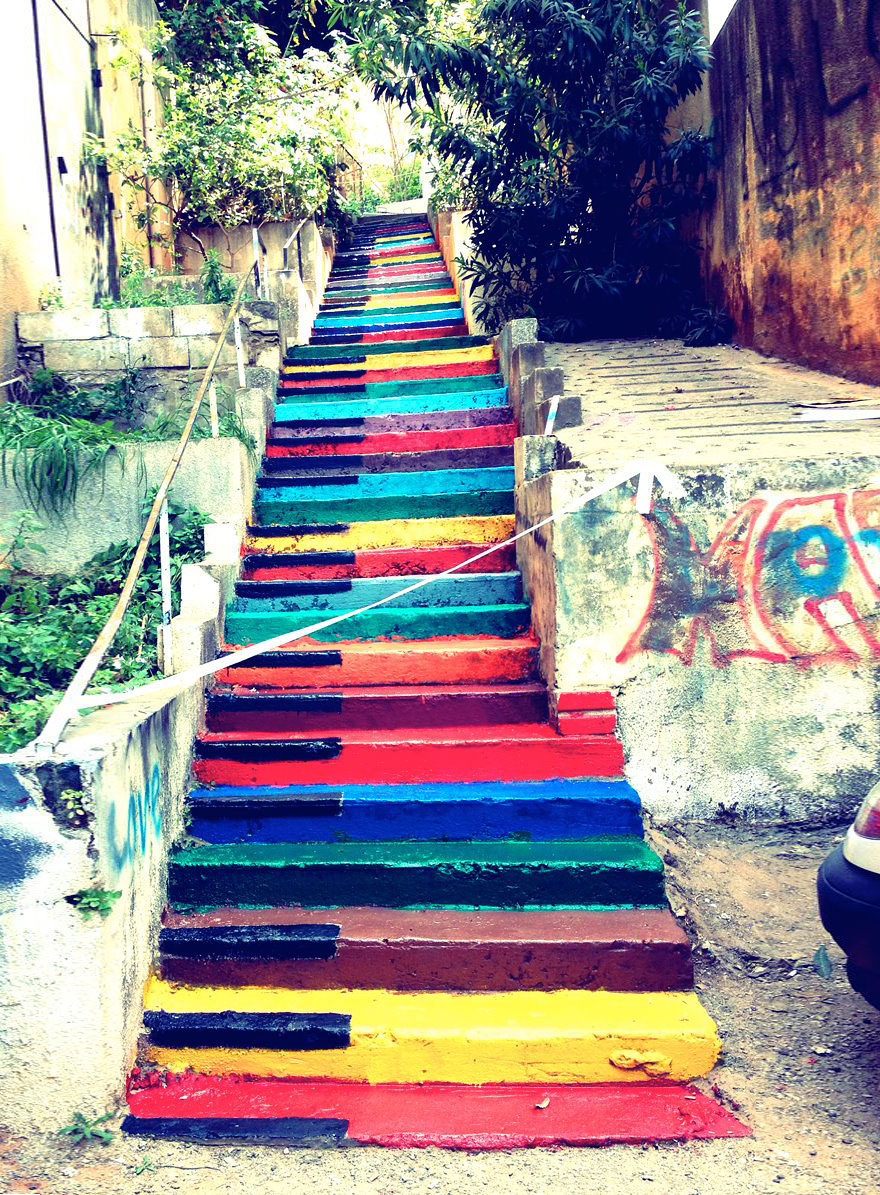 10. Stairs to the musical theater in Seoul, South Korea 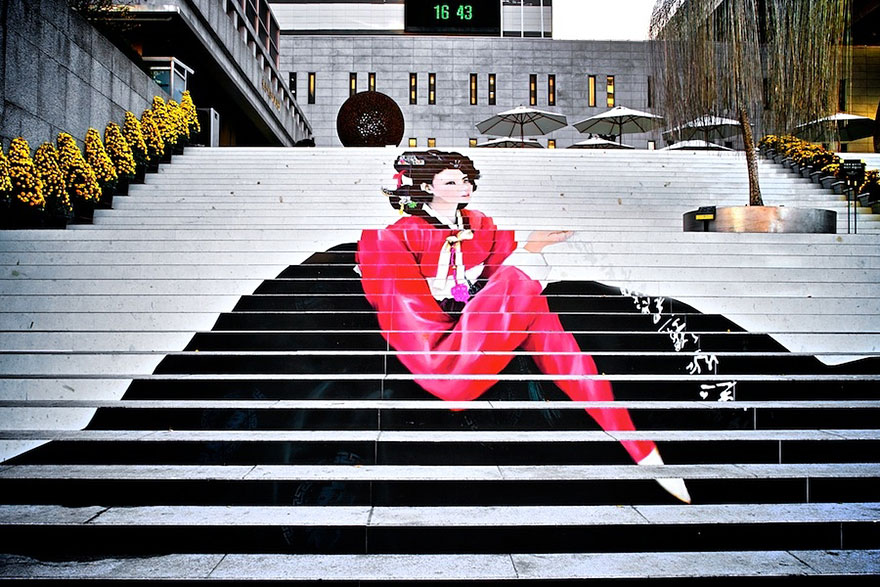 11. Stairs of Peace in Syria 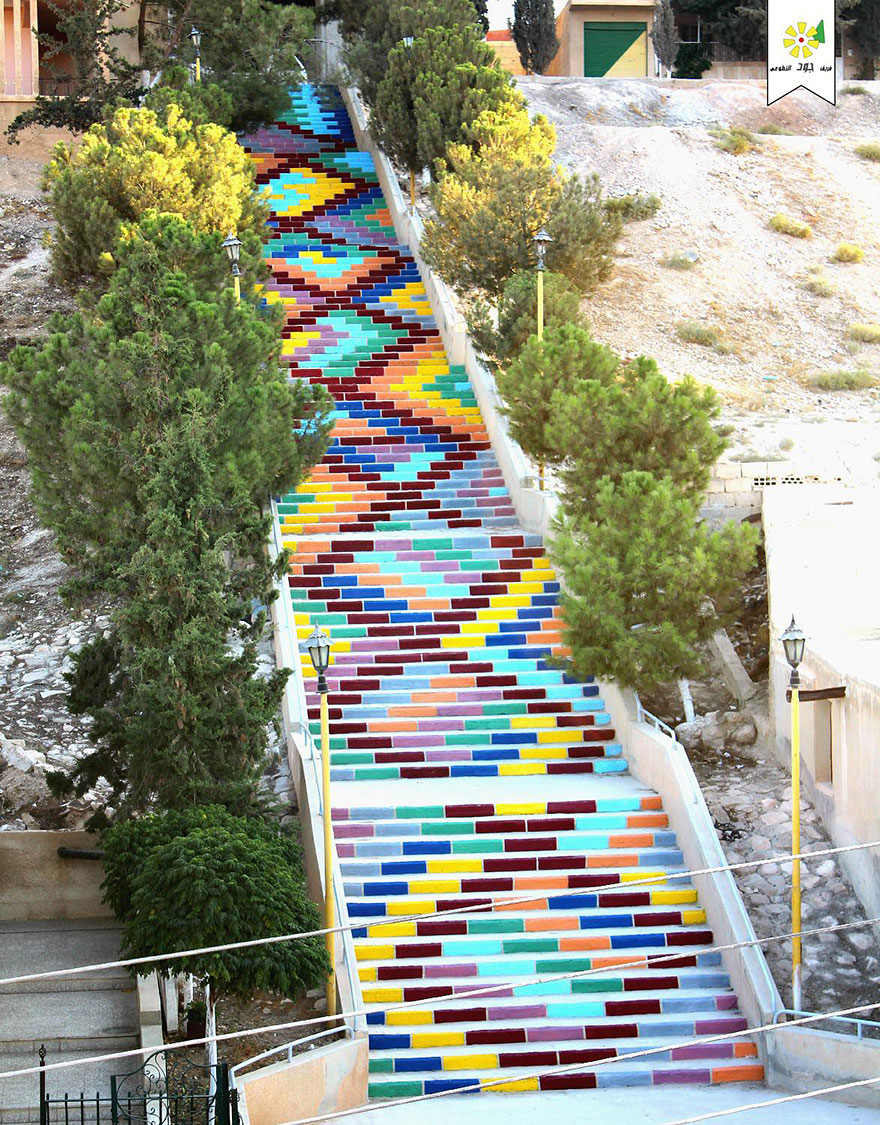 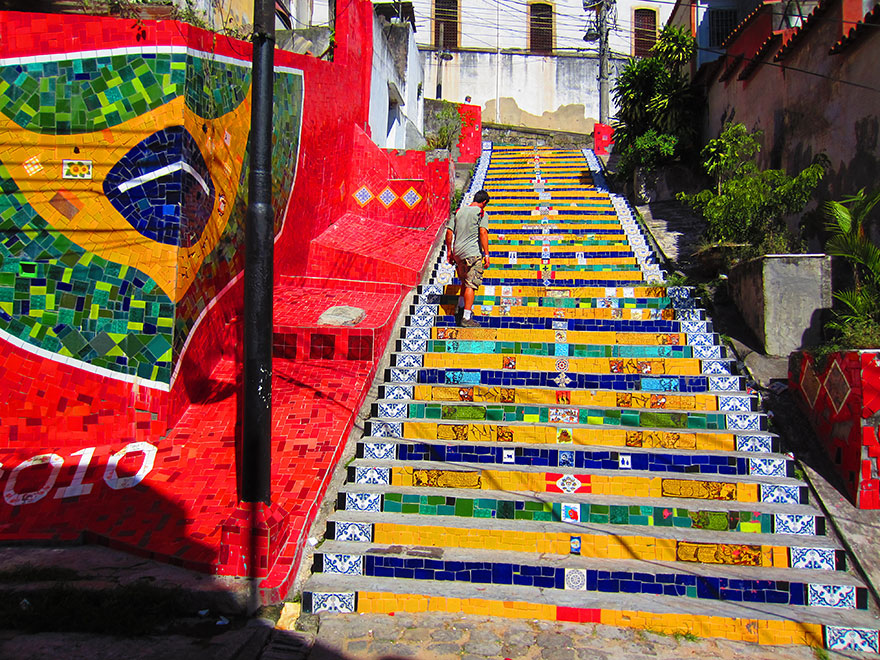 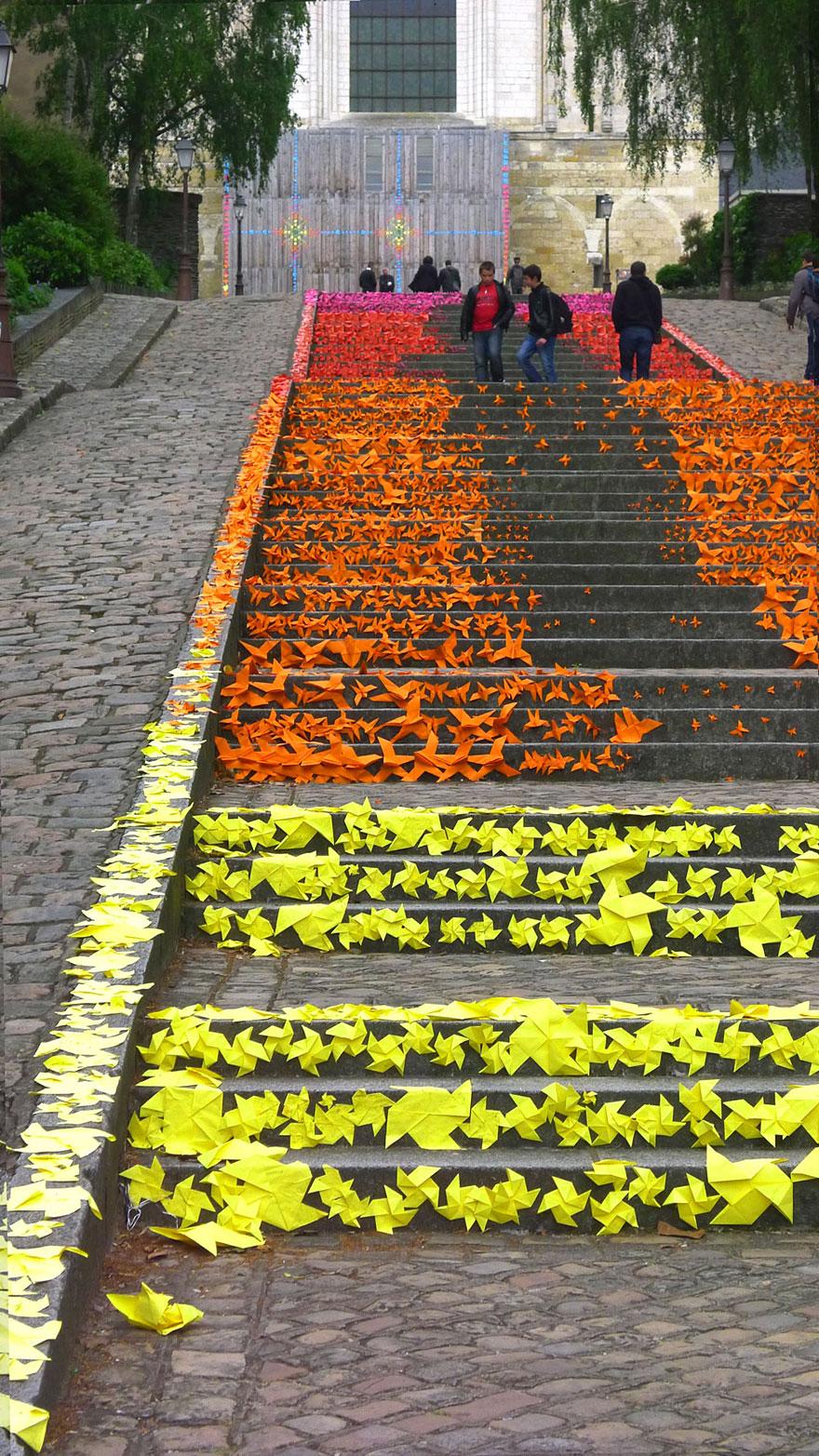 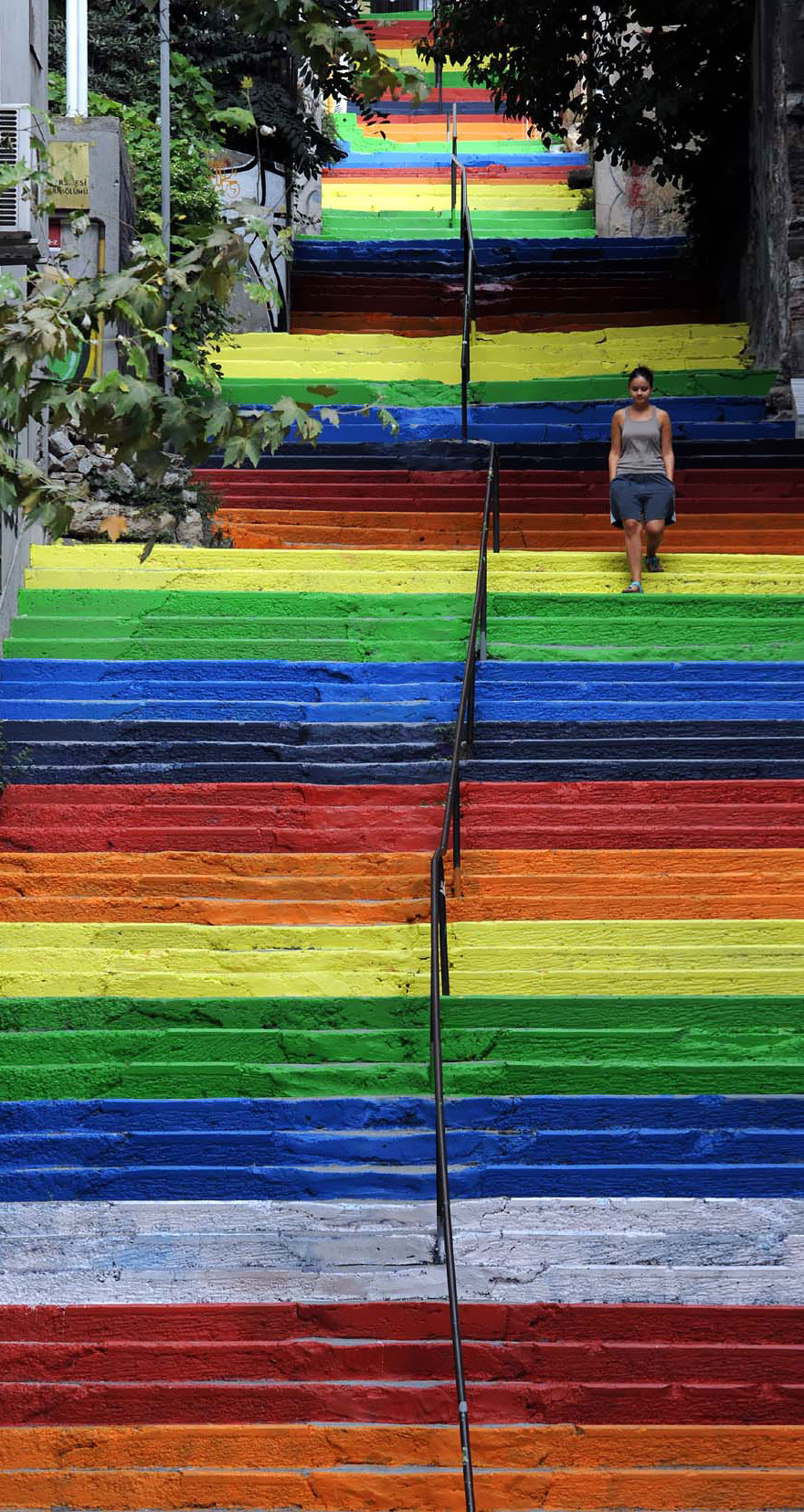 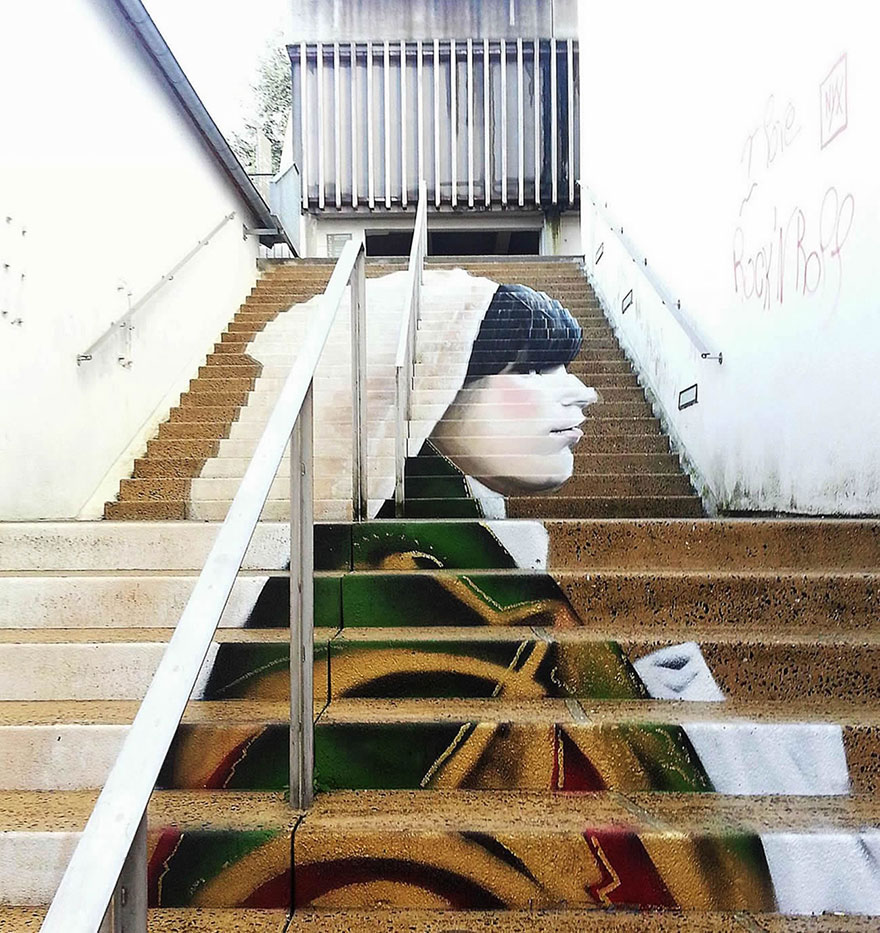 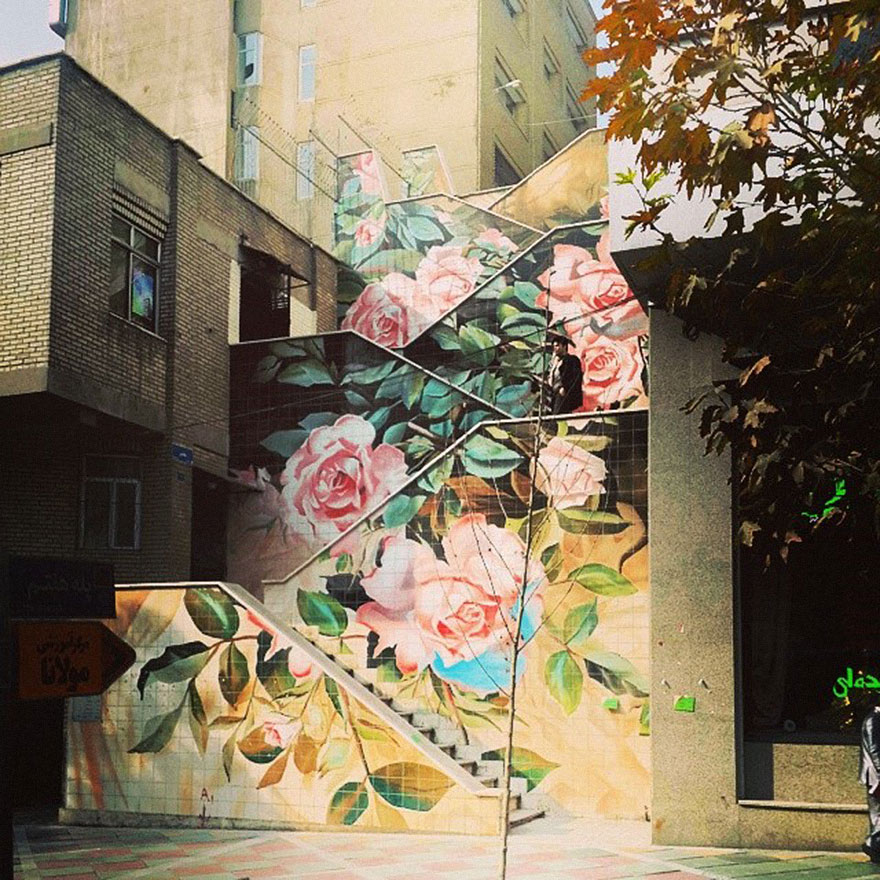 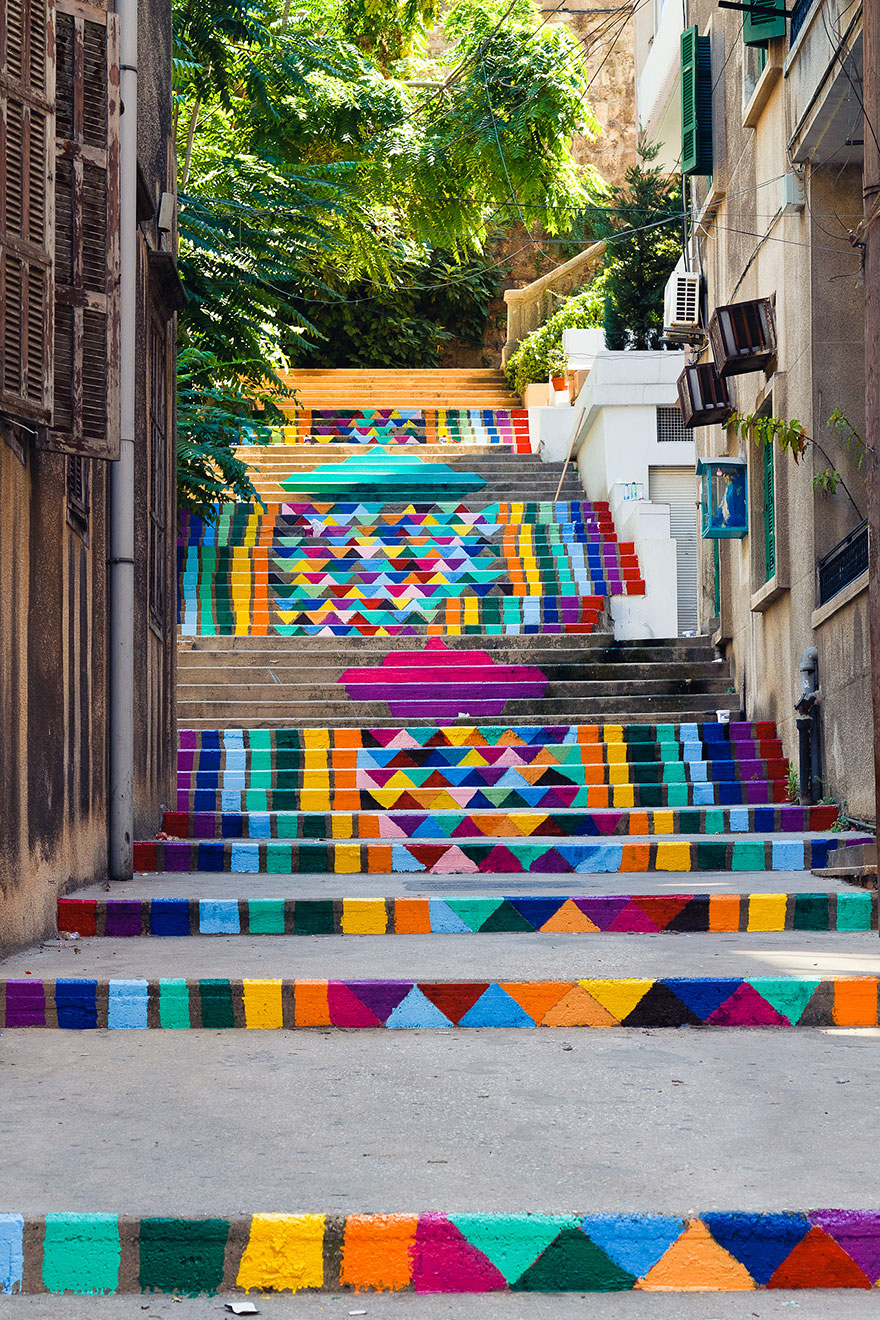