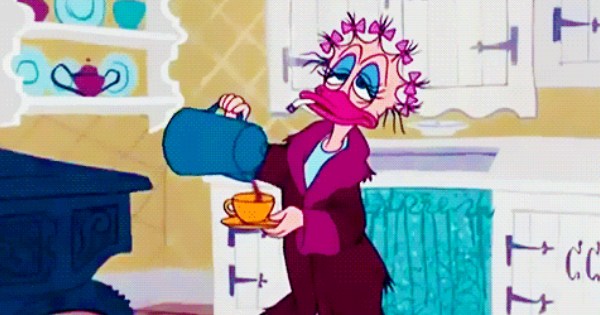 The best things in life are free. The second best things are caffeinated. Indeed, a life well lived is a life fuelled by Starbucks and Red Bull.

That’s right, folks. Caffeine dependency is nothing to be ashamed of, despite what everyone else may say. To us, dependency is a beautiful thing: like how a newborn is dependent on its mother for life and sustenance. We are caffeine’s children, forever suckling at its teats.

Here are 17 signs you’re a caffeine junkie — we mean, a wondrous caffeine child.

#1. You can’t get through the morning without any coffee.

#2. Let’s be honest, you can’t get through anything without having something that’s caffeinated.

If I don’t have a Coke in my hands in the next 20 seconds, I’m going to kill someone.

#3. You get lectured on how unhealthy caffeine is for you.

Everybody lies. I’m not giving up anything unless there are cold, hard, FACTS.

#4. You feel like you can do anything after you’ve had the right amount of caffeine.

I can feel all the molecules in my body! I’m going to count them all!!

#5. When someone asks if you’ve had coffee already:

I could still go for a coffee run, though. Starbucks? Tim Horton’s? Let’s go.

#6. You always having an energy drink ready within reach.

#7. Tragedy is watered down iced coffee.

I have failed you, my iced venti white mocha americano.

#8. You sometimes underestimate your caffeine intake.

Caffeine, how could you betray me?

I can quit whenever I want, ok!?

#11. At some point, someone has told you to “take it easy on the caffeine.”

…No. In fact, when I die, bury me in a coffee plantation with a to-go cup in hand.

#13. Pre-caffeinated you is not very pleasant…

Don’t talk to me unless you’ve come bearing gifts of caffeine.

#14. But post-caffeinated you is a positive delight.

Coffee! Red bull! I love you, my babies!

#15. You believe there is a time and place for decaf coffee.

Never and in the trash.

#16. You know that a yawn is your body’s way of saying you need caffeine.

#17. Whilst reading this, you had more than one serving of something laced with caffeine.