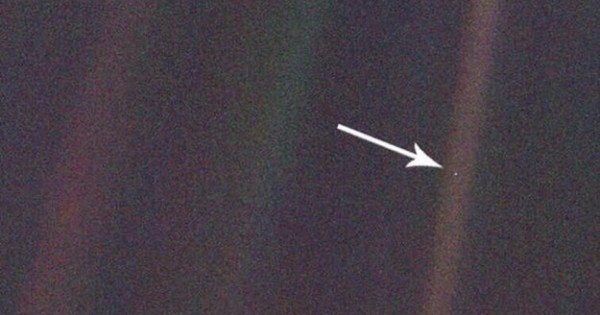 1. This is the Earth – where every single human has ever lived. 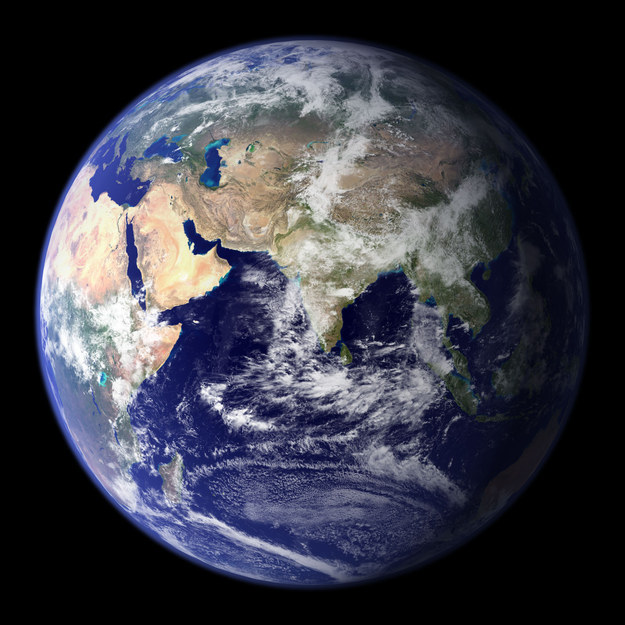 2. And this is our local neighborhood, the solar system. 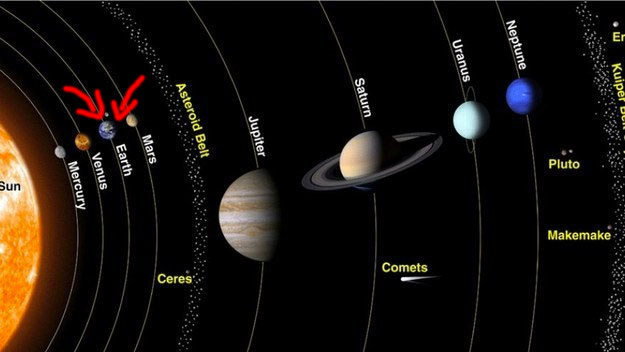 3. Here’s the distance, to scale, between the Earth and the moon. It looks far, but is it? 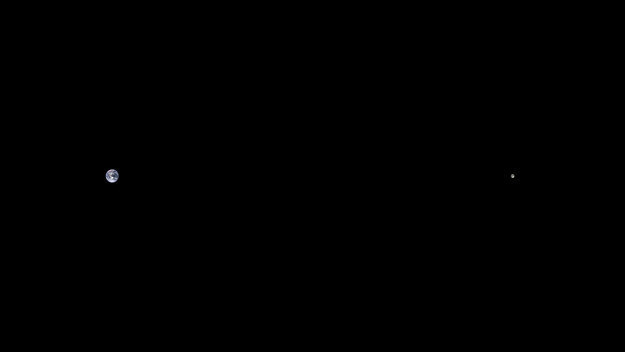 4. Nope. You can just about fit every planet in our solar system within that distance. 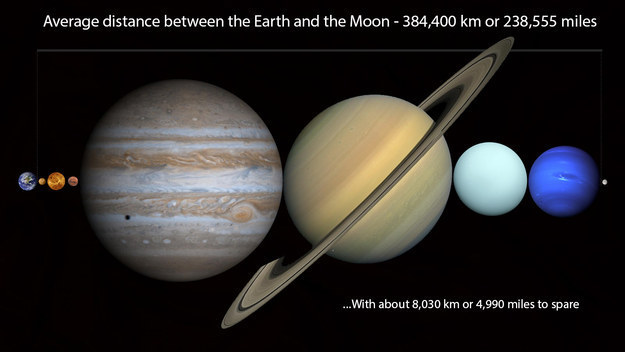 5. But some of these planets are very large indeed. That green speck you see? That’s what North America would look like on Jupiter. 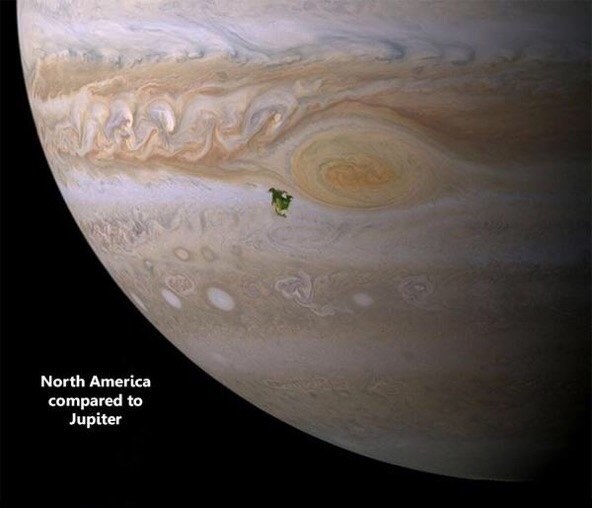 6. And here’s how the Earth fares next to Saturn. Not very big at all, right? 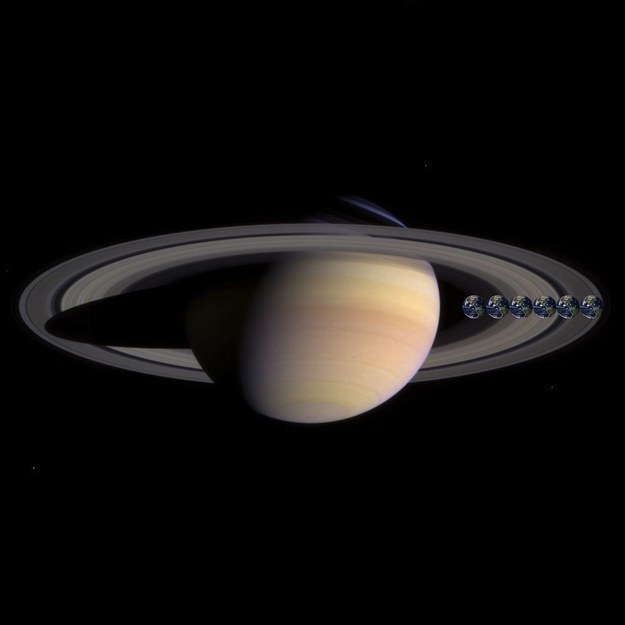 7. Here’s a fun fact: if Earth had Saturn’s rings, the view from our soil would look like this: 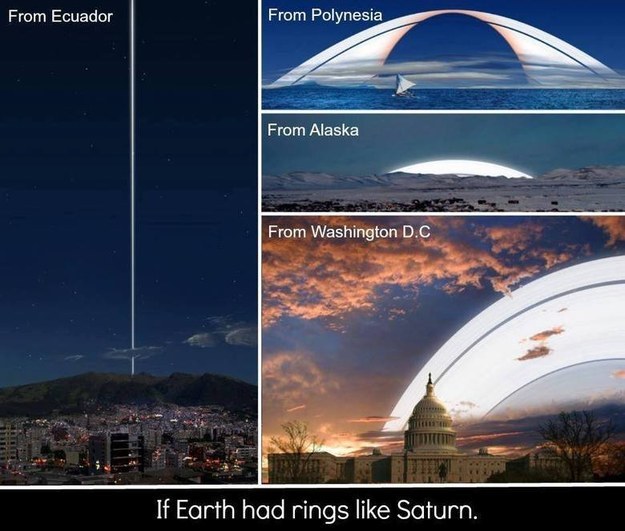 8. And to make things even more interesting, here’s what a comet would look like on top of Los Angeles: 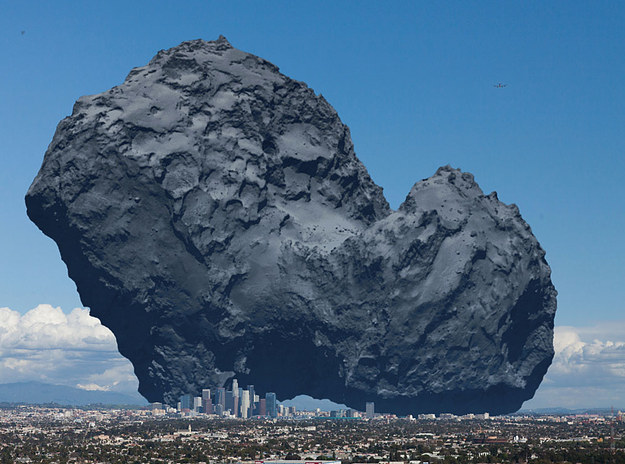 9. But that’s still nothing considering how small we are compared to our sun: 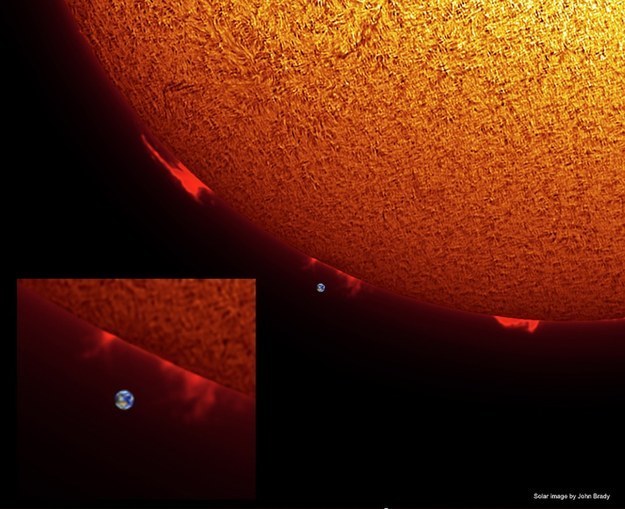 10. To drive that point home, here’s another comparison: 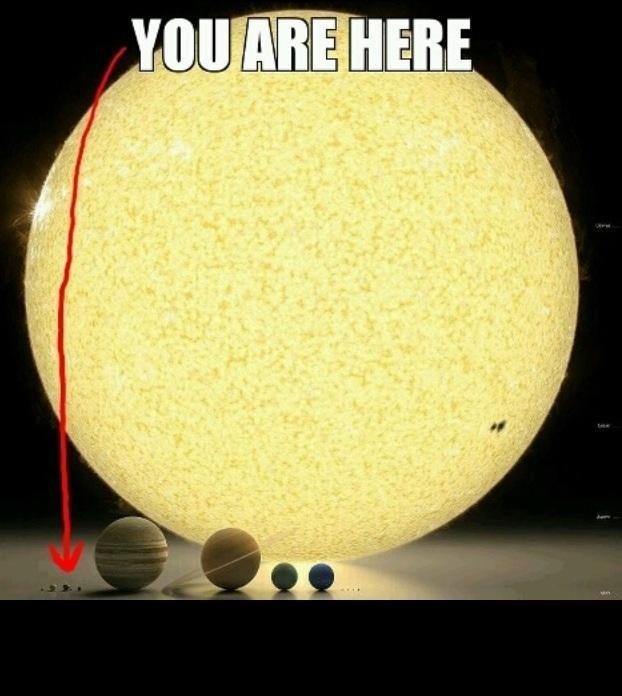