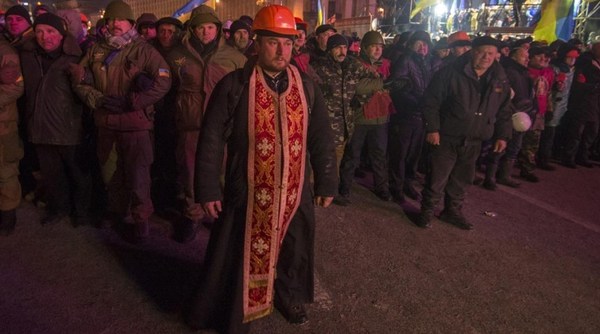 1.) An American soldier holds a child after she was separated from her family during the Iraq War in 2003. 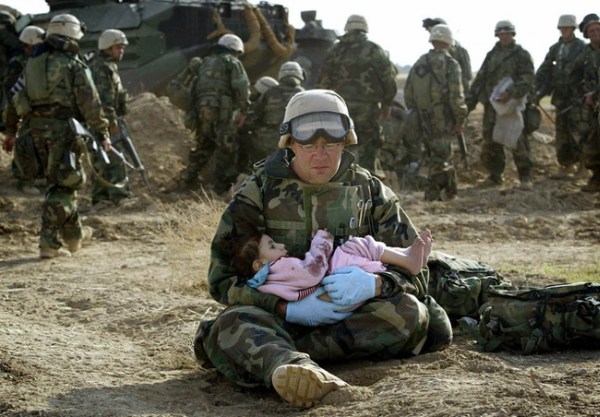 2.) A Russian police office carries a baby that was rescued from a school occupied by militants in the town of Beslan in 2004. 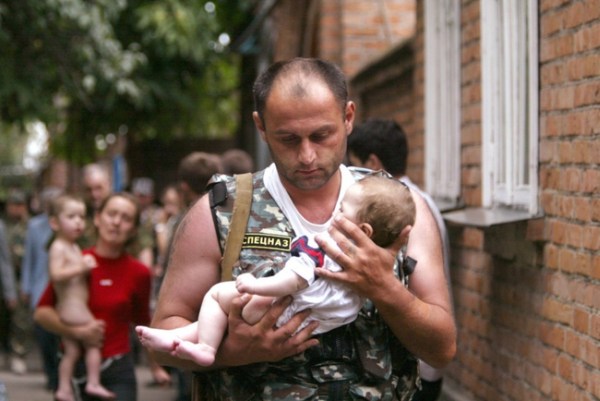 3.) A medic bandages a child’s foot while his brother watches. 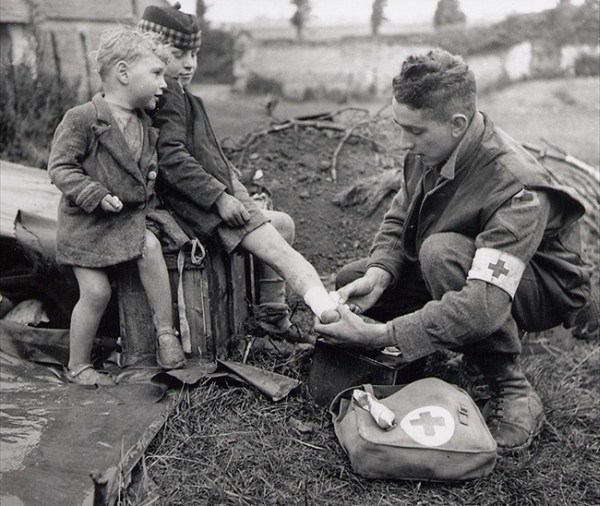 4.) Protestors in Oakland, California, help a woman in a wheelchair get away from teargas. 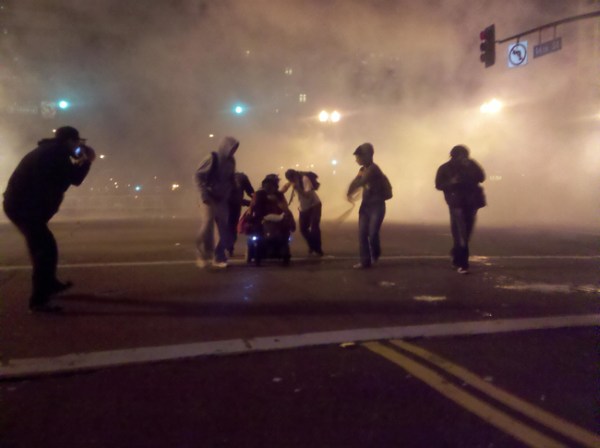 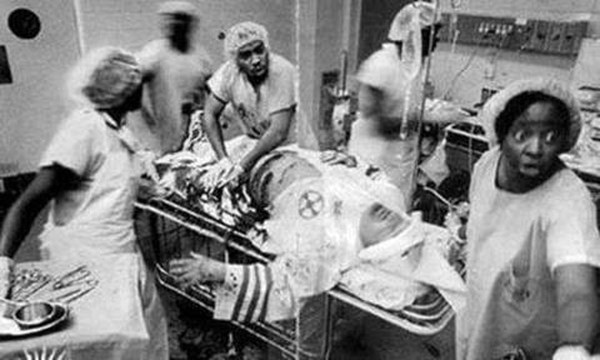 6.) During the 1992 riots in Los Angles, a young child poses with National Guard troops. 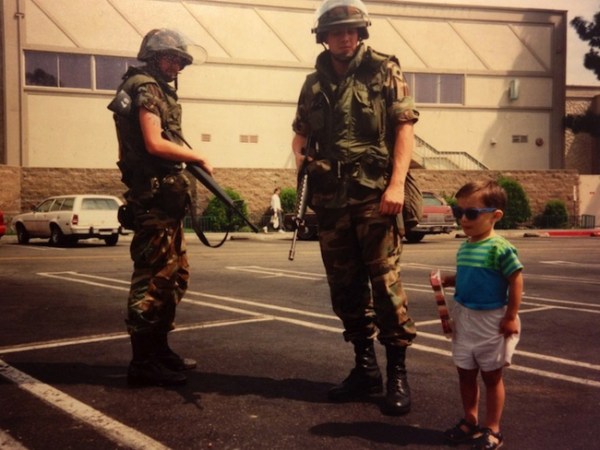 7.) Residents get together to clean up after the London riots in 2011. 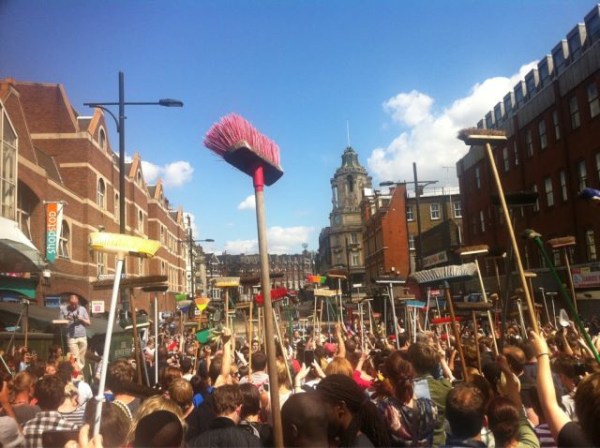 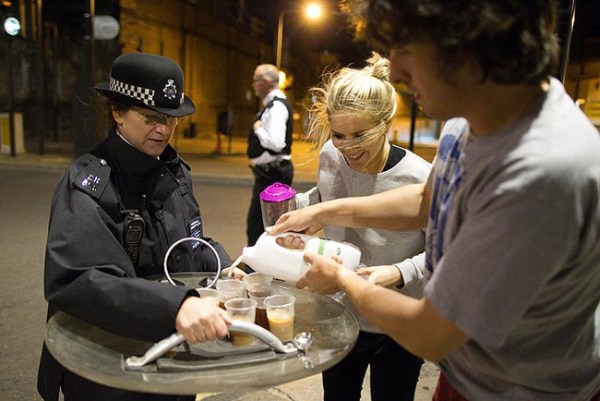 9.) Brazilian protestors bring an officer a cake for his birthday. 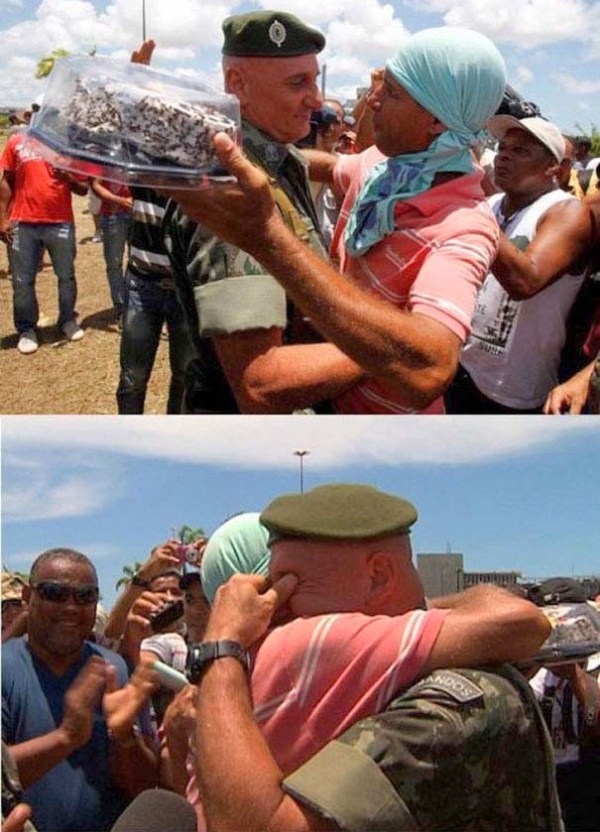 10.) A priest acts as a human shield between protestor and police during protests in Ukraine in 2013. 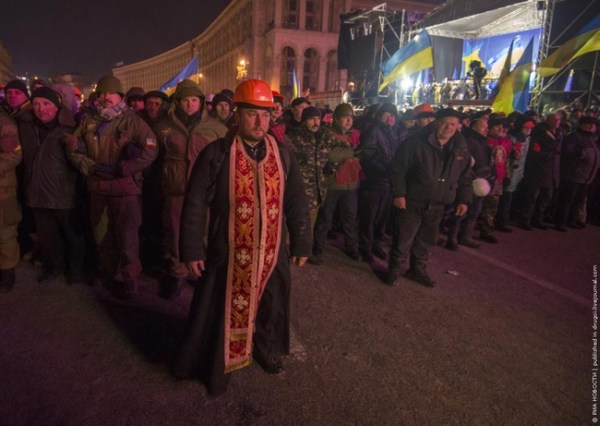 11.) A student protestor in Bogotá, Colombia tries to kiss a riot police officer. 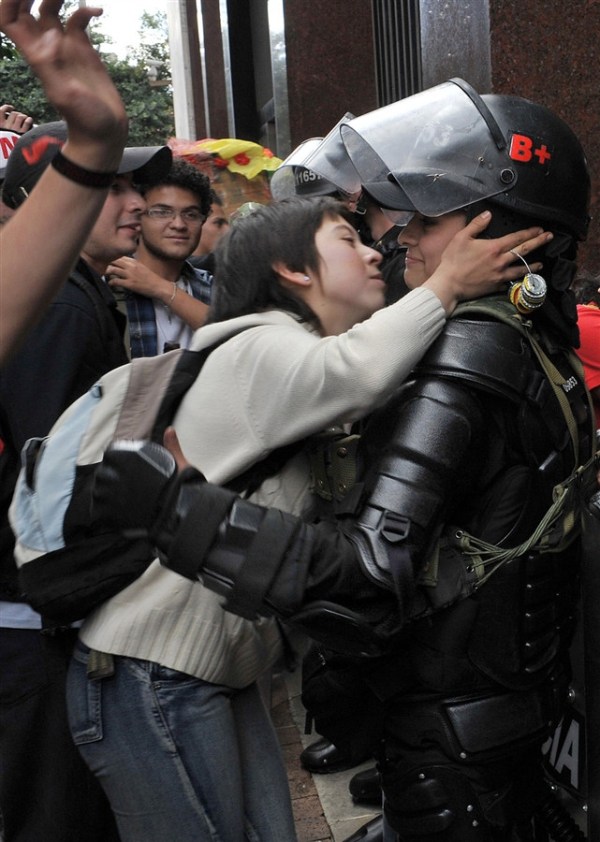 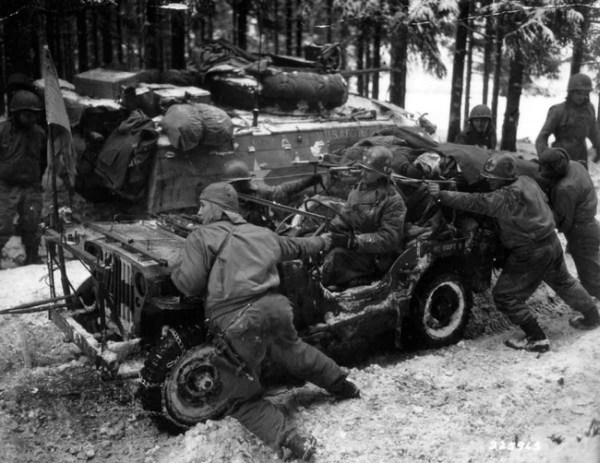 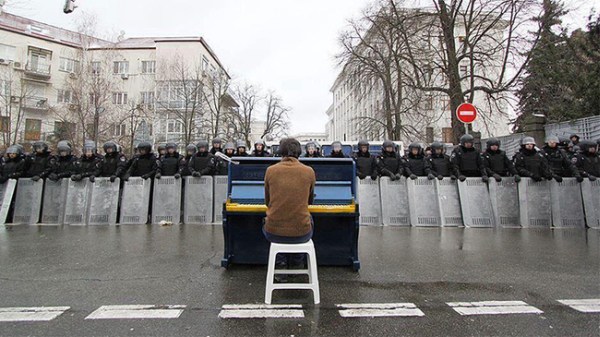 14.) A wounded protestor is protected by a woman from a military bulldozer in Egypt in 2013. 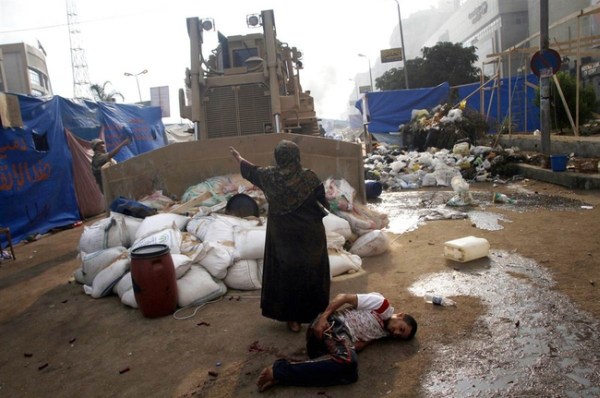 15.) Civilians protect an Iranian police officer after he is beaten by rioters. 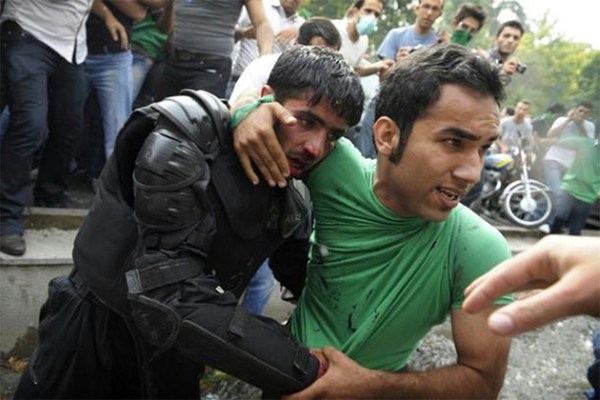 16.) An East German soldier helps a little boy escape to his family in the west. 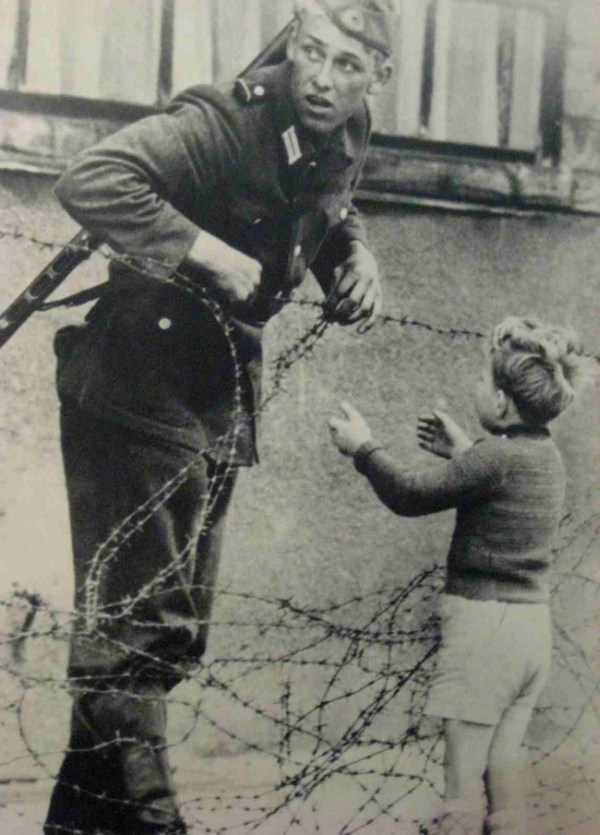 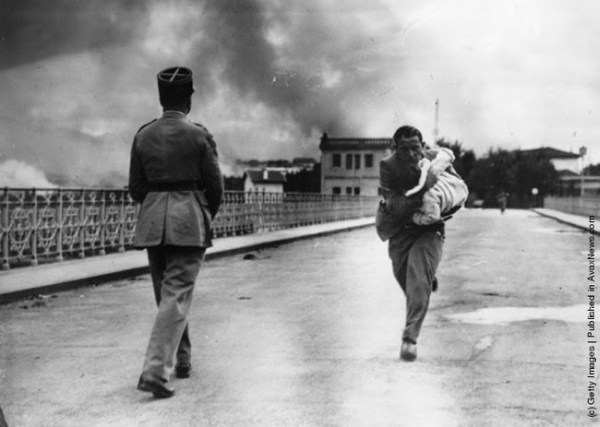 18.) Protestors carry an injured police officer to safety during protests in Turkey. 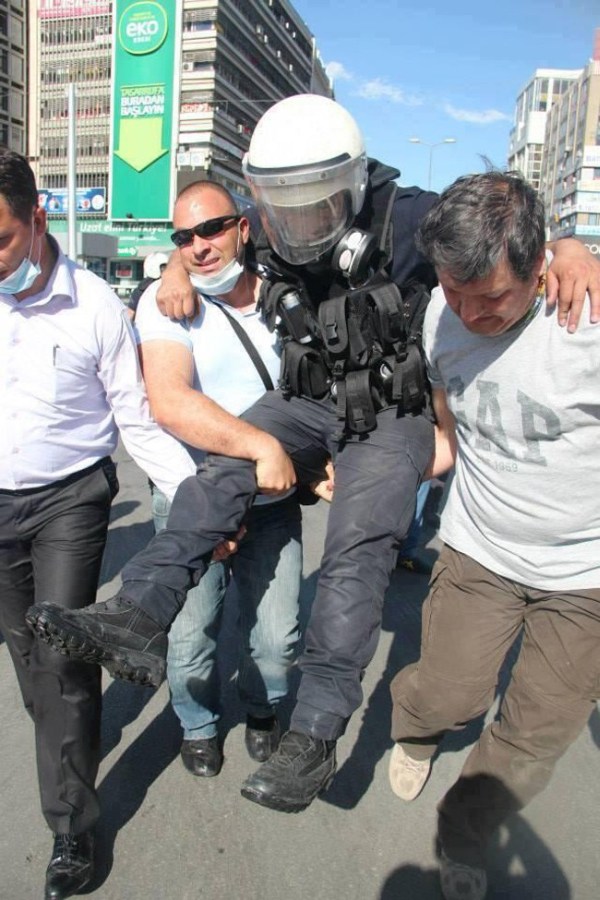 19.) A Ukrainian soldier shares a kiss with his girlfriend, while his base is surrounded by pro-Russian separatists. 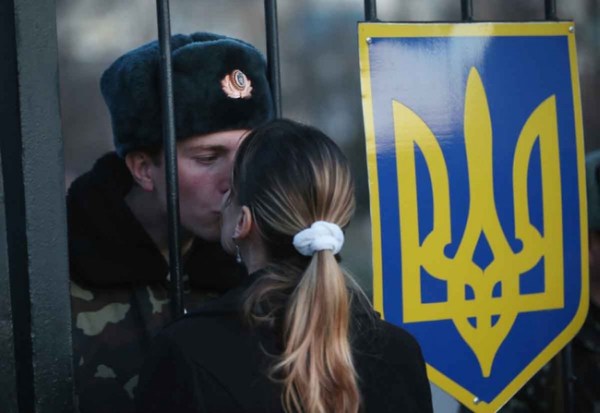 20.) A French soldier helps a family flee danger during the Spanish Civil War in 1938. 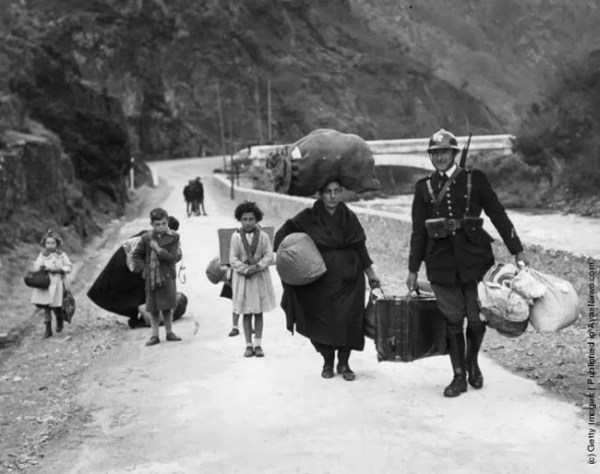 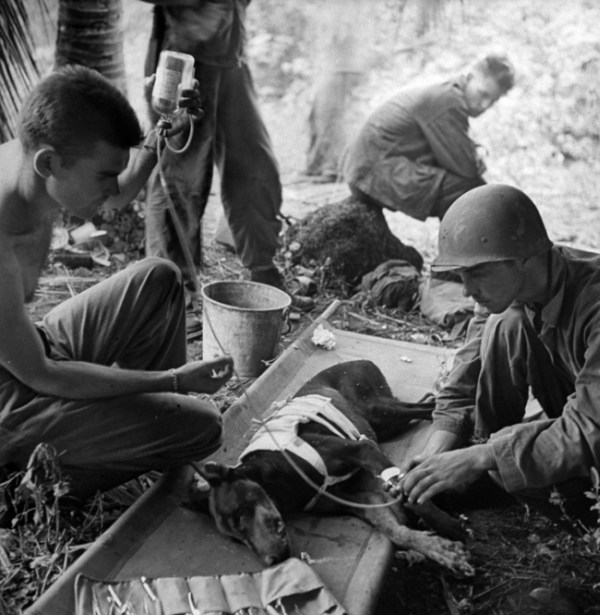 22.) Protestors in Turkey help a dog affected by tear gas. 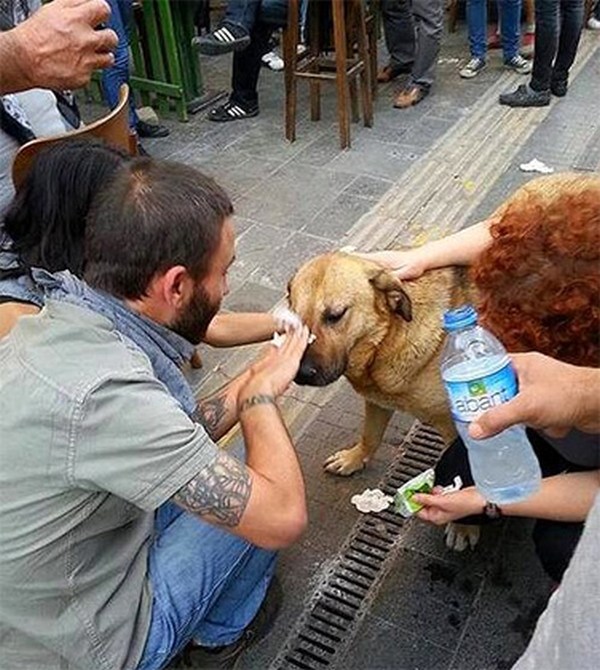 23.) An American soldier feeds a kitten after its mother was killed during the Korean War in 1953. 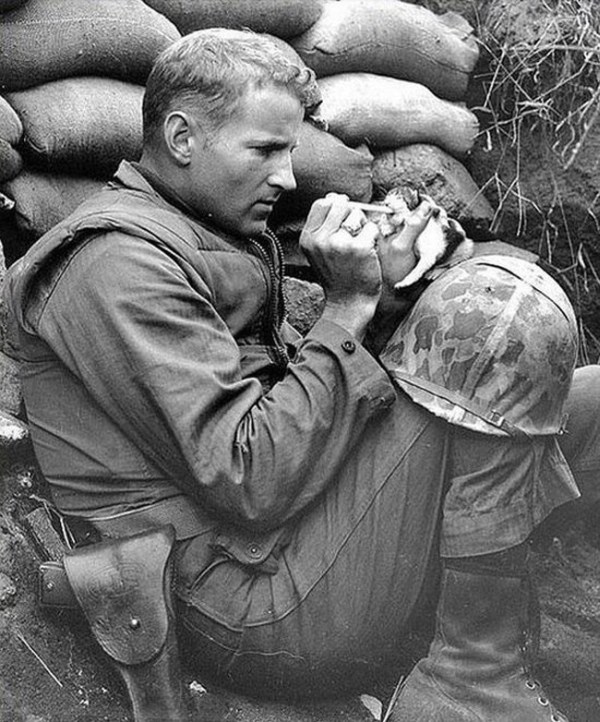 24.) A Jordanian soldier keeps a Syrian baby warm after she was evacuated because of the civil war there. 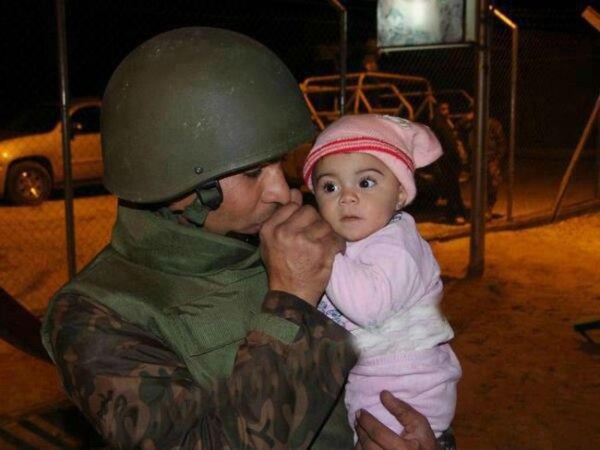 25.) During protests in Romania in 2012, a young boy gives riot police a heart shaped balloon.