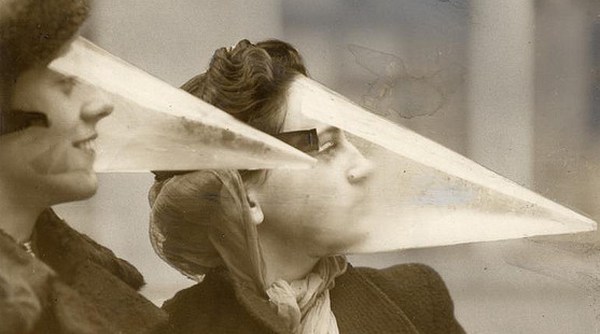 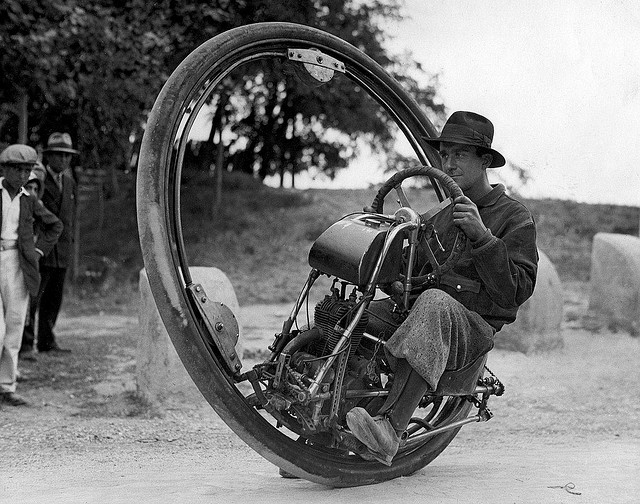 Workers operated the so-called bucket dredger with their arms and legs using stepper boards. The machine is a small model, but whether it was actually realized is unknown. 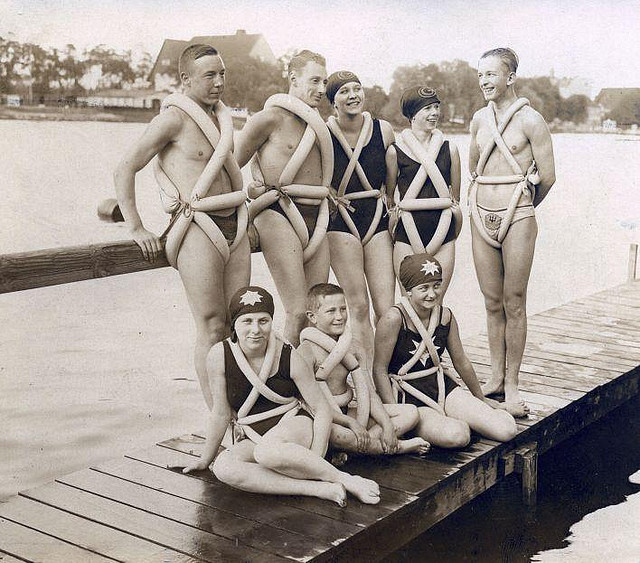 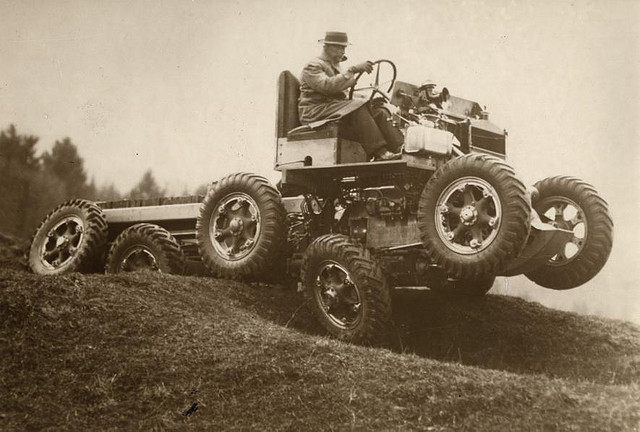 This all-terrain car can descend slopes up to 65 degrees; England, 1936. 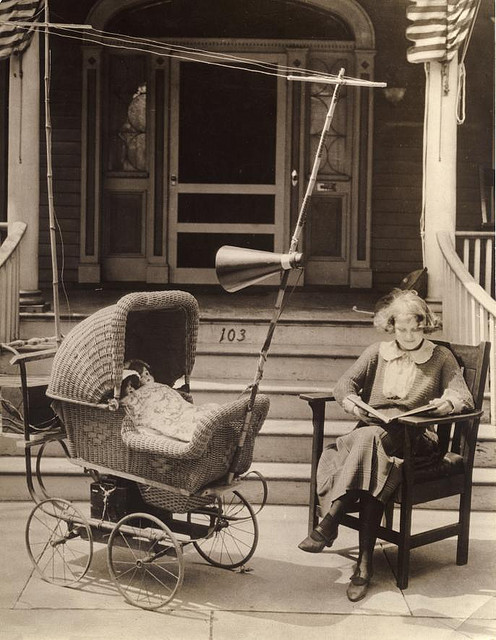 Stroller equipped with a radio, including antenna and loudspeaker, to keep the baby quiet; USA, 1921. In the 17th century, it was so cold that meteorologists spoke of a Little Ice Age. The ice sailboat addressed the challenge of transporting goods over frozen lakes and rivers. Designed by A. Terrier, January 17, 1600 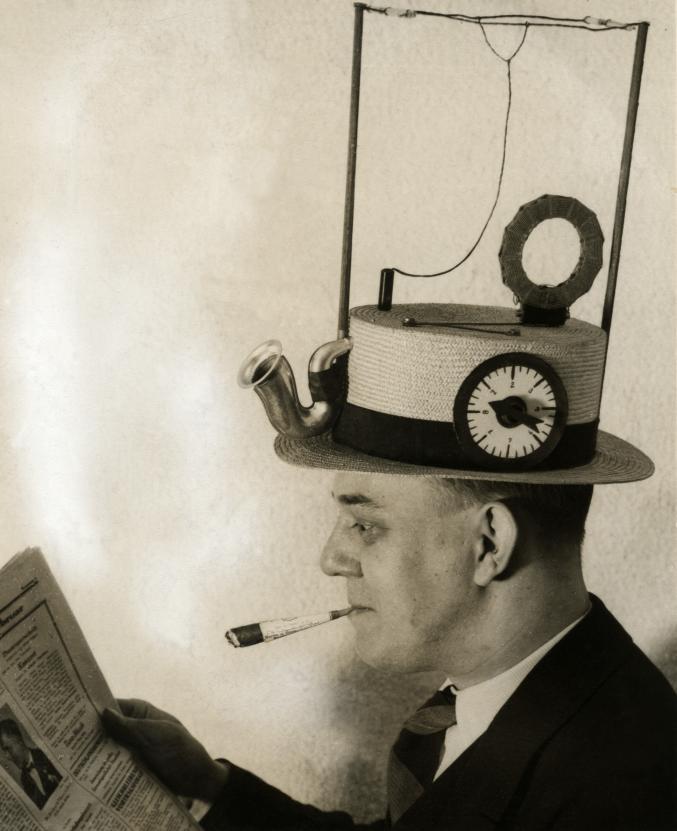 Portable radio in a straw hat, made by an American inventor in 1931 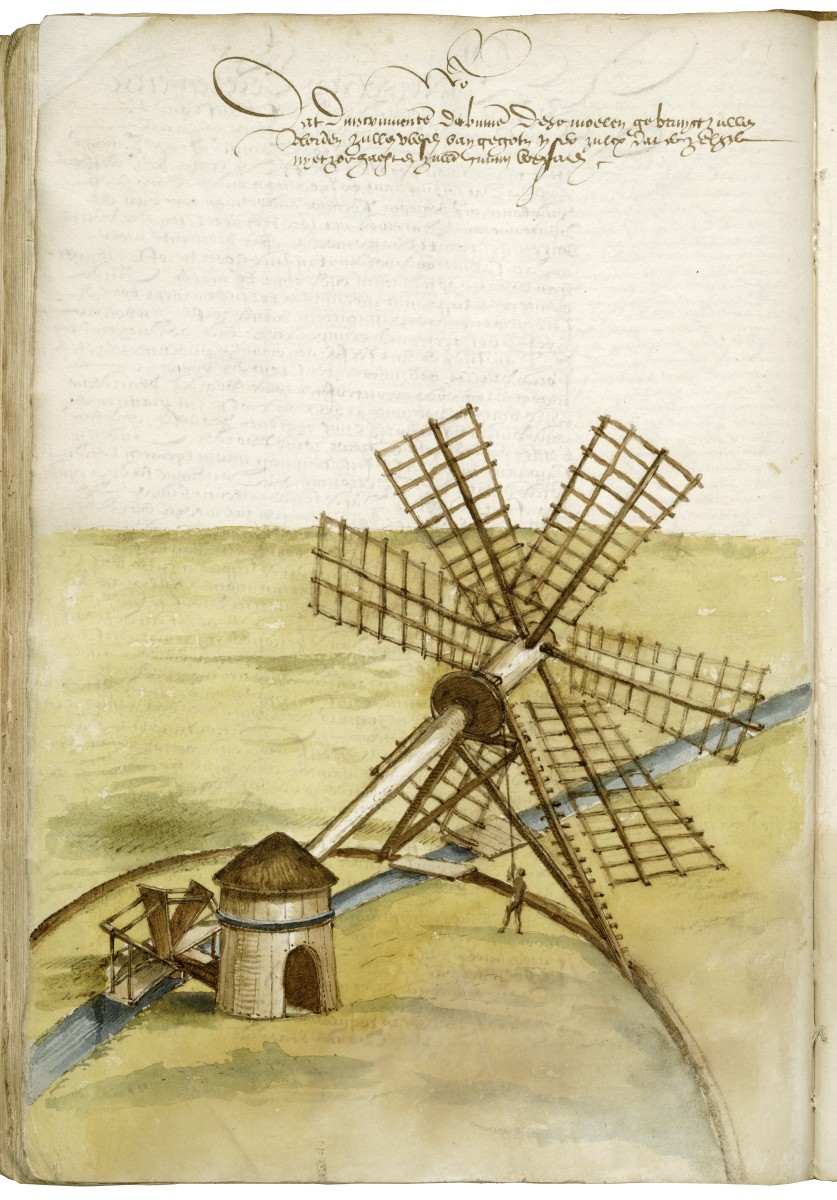 A windmill for draining wetlands, lightweight enough to function in marshy areas. It was designed by C.D. Muys in 1589 but was never built. 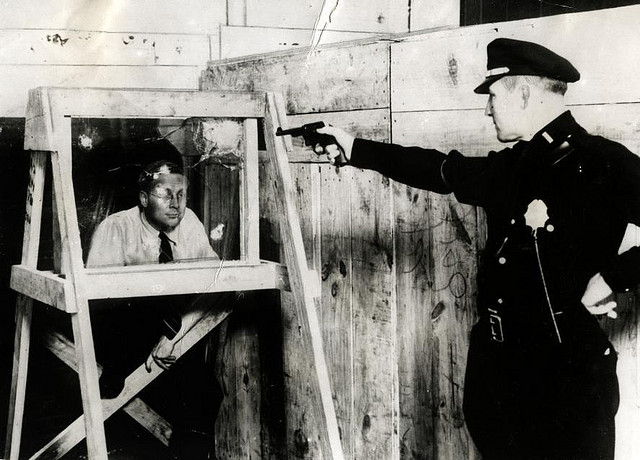 In 1936, inventor R. Handl came up with the movable heel plate, but it wasn’t until 1996 that this concept revolutionized skating.

Built by an unknown French engineer in 1934.

#15. Piano for the bedridden 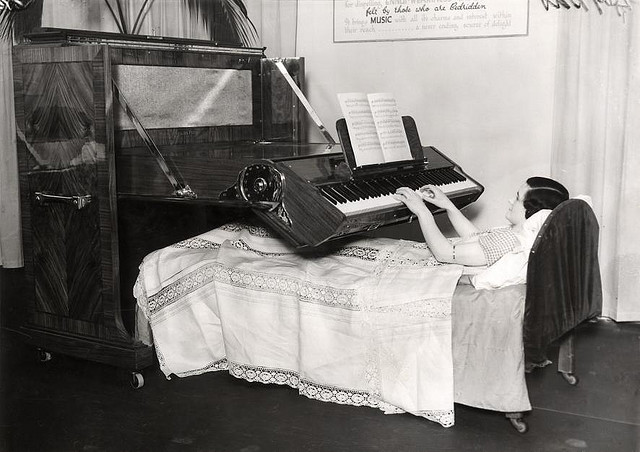 #16. Hamblin glasses for reading in bed 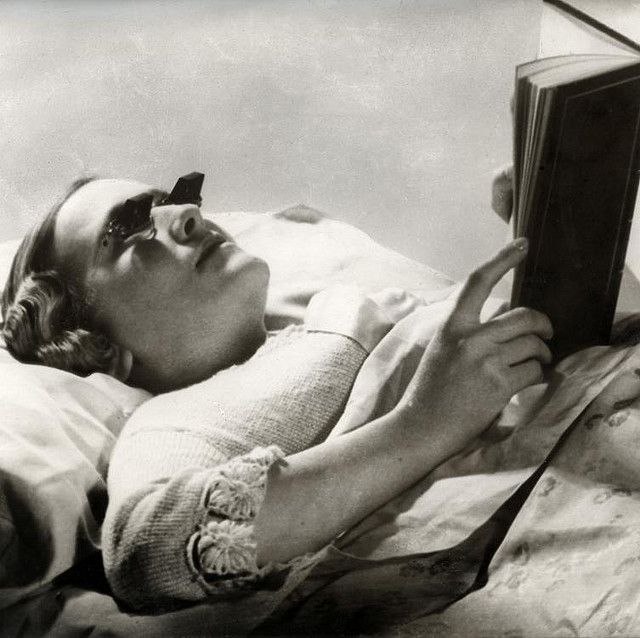 A pair of spectacles especially designed for reading in bed; England, 1936 Electrically heated vest, developed for the traffic police in the United States, 1932. The power is supplied by electric contacts in the street. 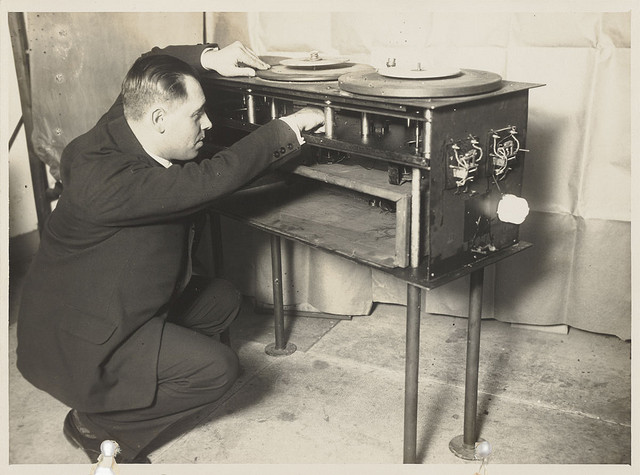 A turntable linked to a film projector. It comes with single, dual and triple turntable. Designed by F.B.A. Prinsen, 1929

#19. Car with shovel for pedestrians 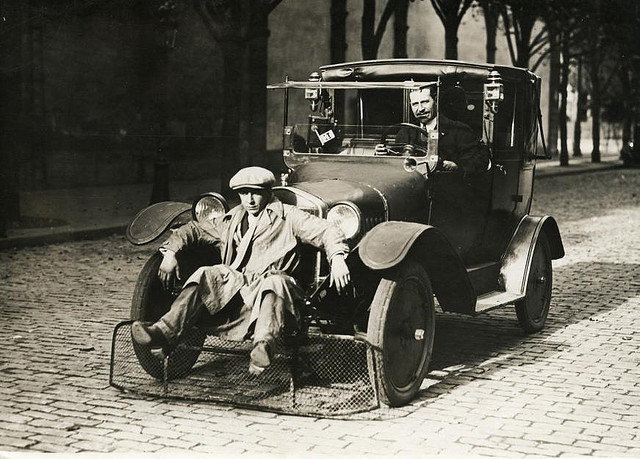 Invented for the purpose of ‘reducing the number of casualties among pedestrians;’ Paris, 1924

#20. Hearing light for the blind Yesteryear’s TomTom, a rolling key map that passes through the screen in a tempo determined by the speed of the car; 1932 The emergency bridge can easily be transported on a handcart; invented by L. Deth. The Netherlands, 1926 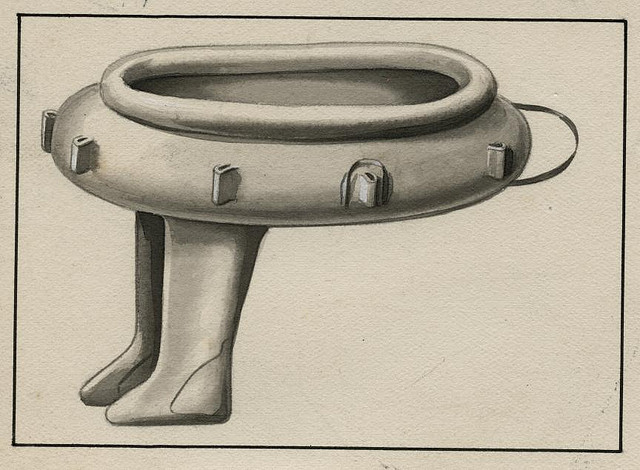 Drawing of a ‘pneumatic sports- fish and hunt boat,’ an inflatable boat for one person with boots attached; The Netherlands, 1915 In 1938, the world’s first wireless newspaper was sent from WOR radio station in New York City. In this photo, children are reading the children’s page of a Missouri paper. 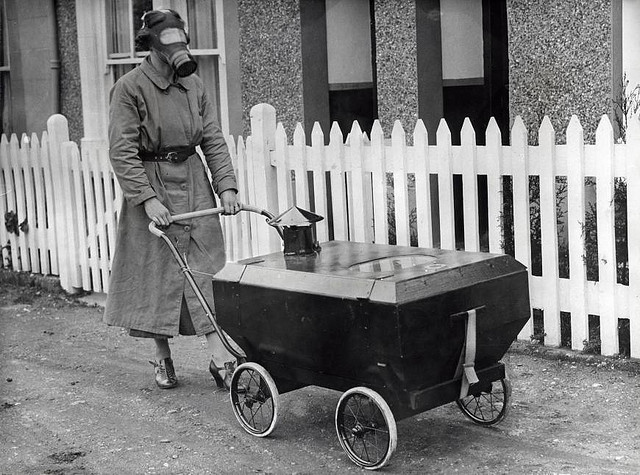 A Colt 38 carrying a small camera that automatically takes a picture when you pull the trigger. At the left: six pictures taken by the camera. New York, 1938.