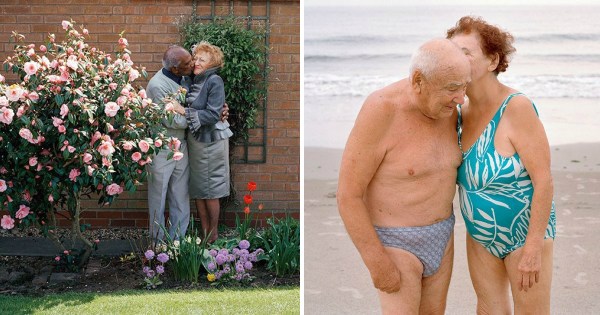 True, enduring love does exist. Photographer Lauren Fleishman proves that in her book, “The Lovers,” where she photographs couples who have been together for more than half a century. Many of the couples in the books survived the World War II apart.

Her book project was inspired by a series of love letters written by her grandfather to her grandmother during World War II. She remarks, “The letters spoke of a young love, the type filled with expectations of a new life together.”

The couples she photographed say they don’t see themselves as old people, but as young couples who are still in love after 50 years.

All photos courtesy of Lauren Fleishman. 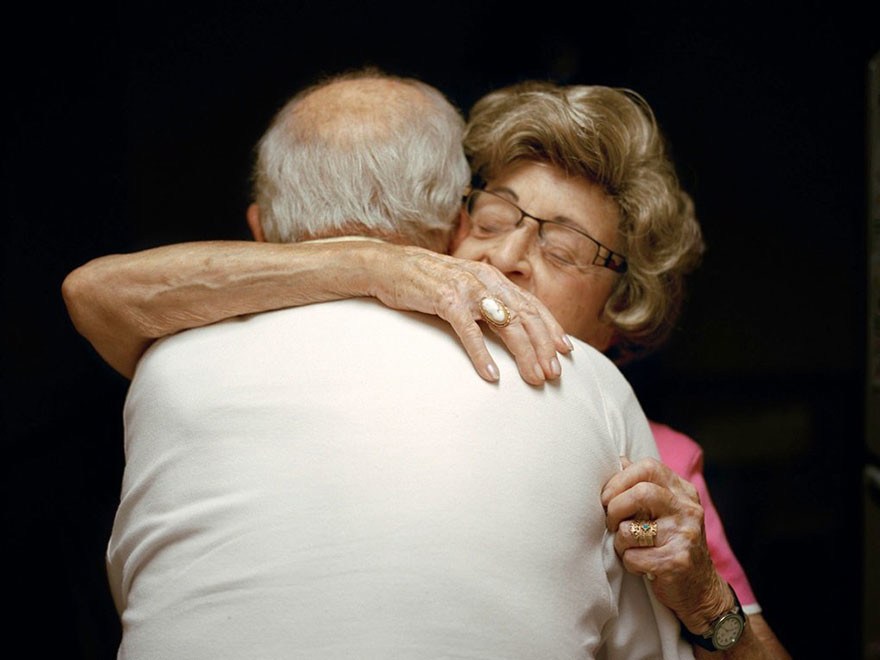 “Everyday my wife expresses her love for me. She says, “Did I tell you how much I love you today?” Everyday—everyday she says that.” 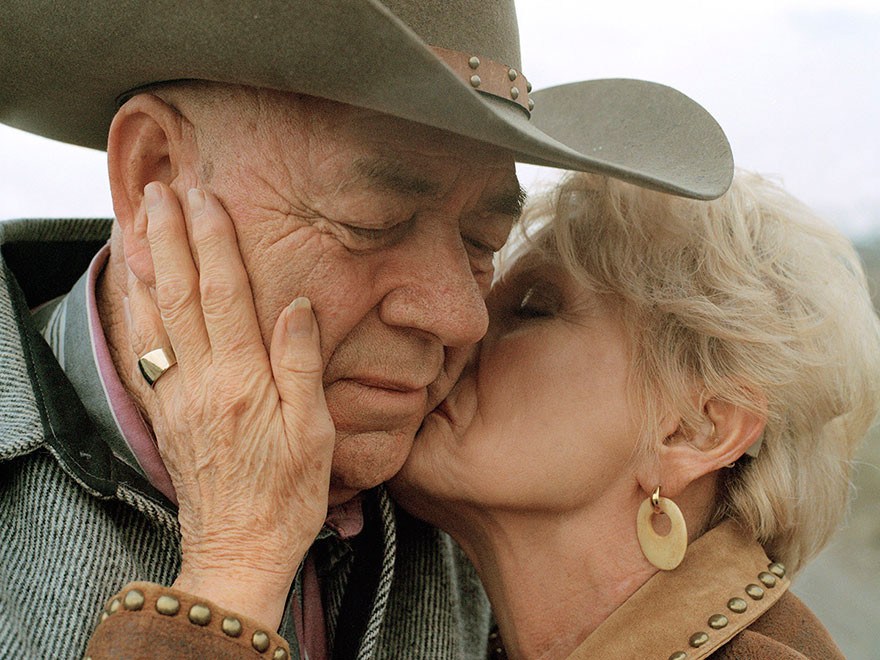 “When you start out, you think you love each other as much as you possibly can,but love grows—just like your inner self grows as time goes by and you have experiences.And now at this stage of the game, I love him even more. I can’t even imagine life without him.” 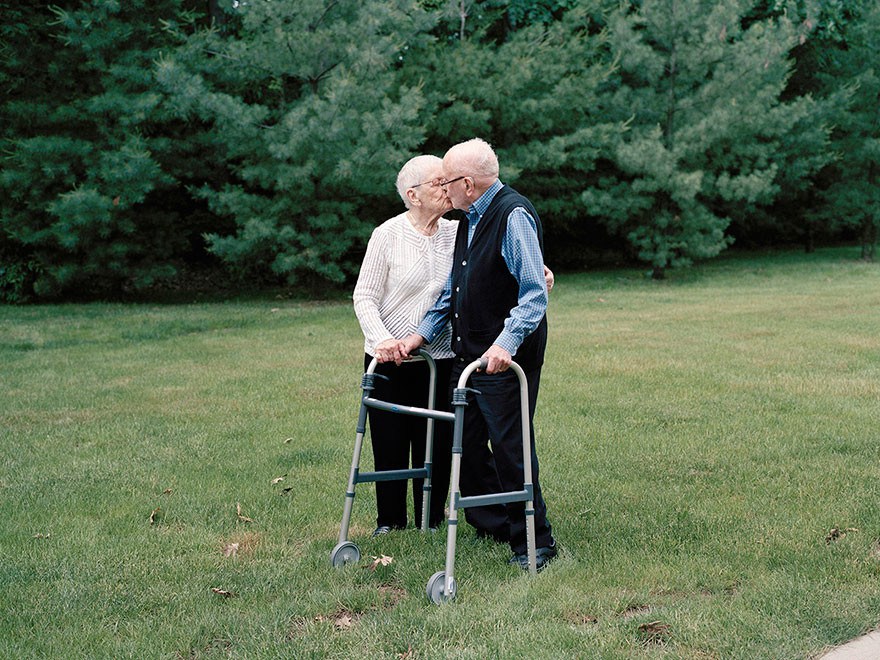 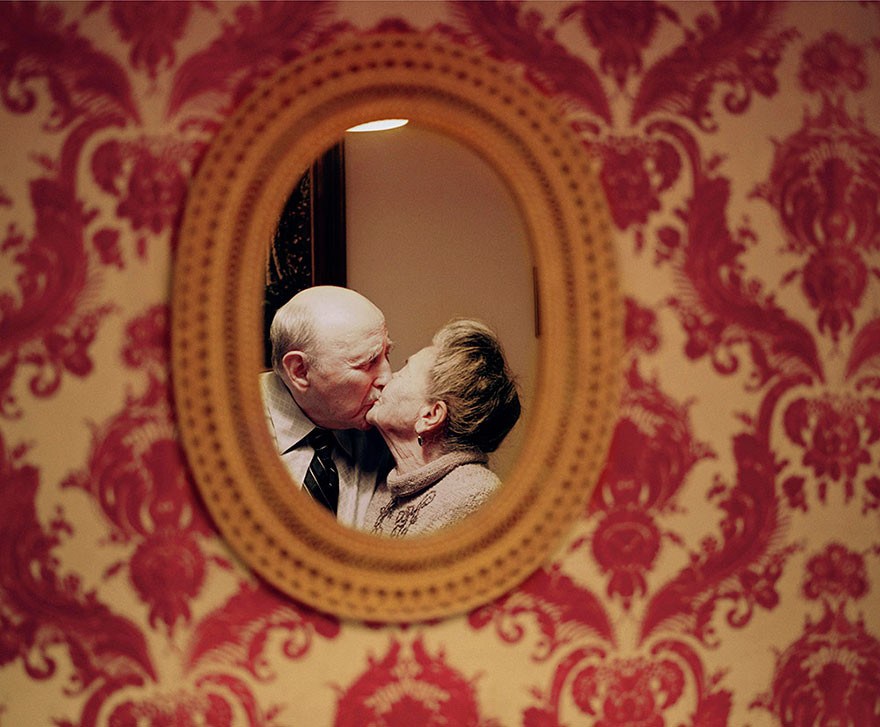 “We met each other at a dancing party. It was January 1938. My friend invited me to the party. He said there were a lot of beautiful young girls. Another cadet with high boots had approached her but she didn’t like high boots and so she said no to him. I was the second one to approach her, I had a different uniform, but I’m still not sure if it was my uniform or my face that attracted her to me.” 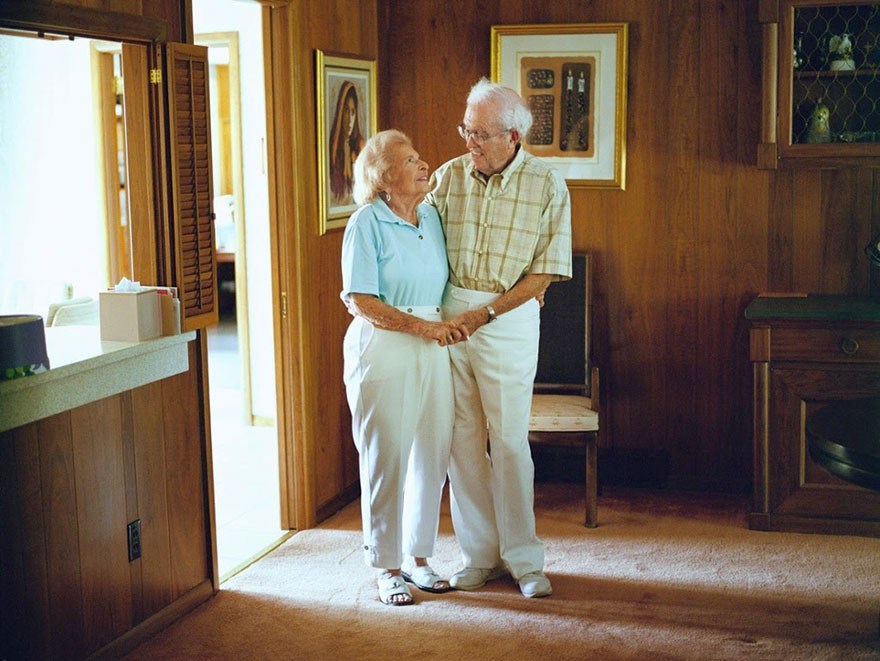 “I always knew it was going to be Harriett.” 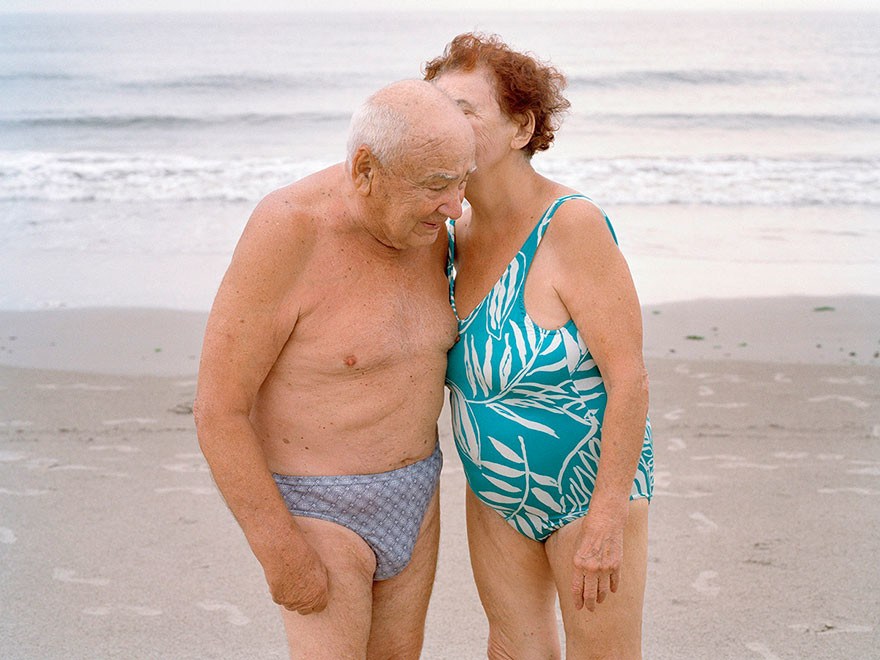 “What is the secret to love? A secret is a secret and I don’t reveal my secrets!” 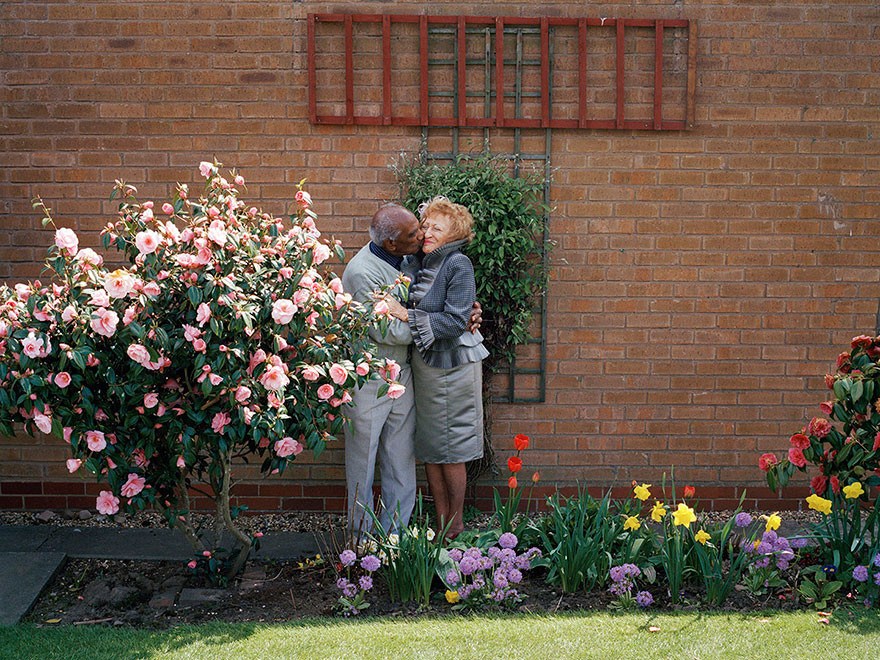 “Jake said to me,’Would it ever be possible for me to marry you?’ And I said,’Possible but not probable!’ And that’s how it was. It wasn’t likely that I would ever marry him, and he knew that. So when he went home to Trinidad, my mother and father breathed a sigh of relief. But he used to write, and he said, ‘I’m thinking I might come back to England.” 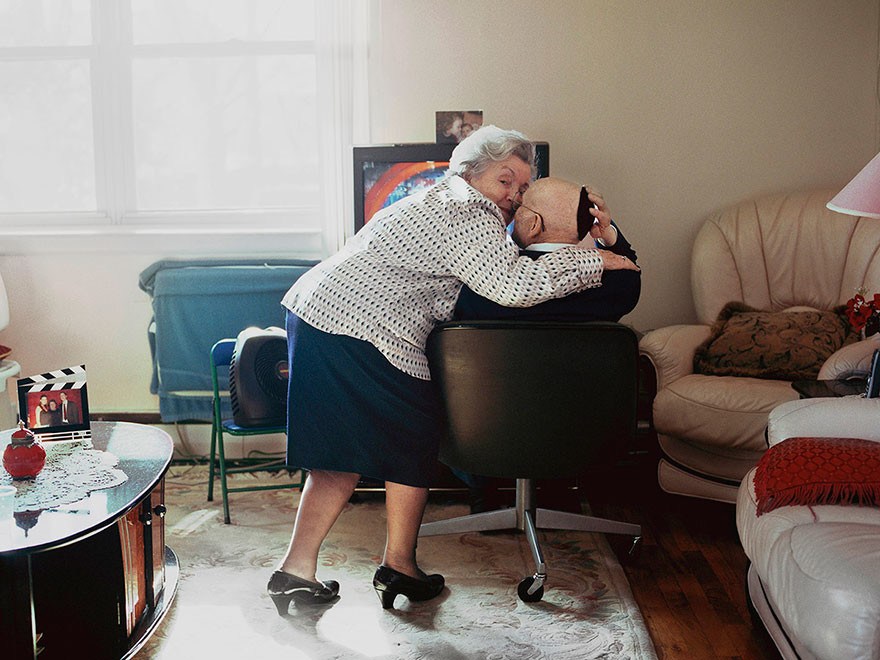 “We knew each other before the war but we never spoke. He was with other girls because he was much, much older than me. You know—he was very nice looking! He was a tailor and he had a place where he made suits for men.  When we came back from the war he had gone to my sister’s house. I was staying with her. In August of this year we will have been married 63 years. I would say love came little by little. Not right away. We were young and he was older but I liked him. He spoke to me in a very nice way.” 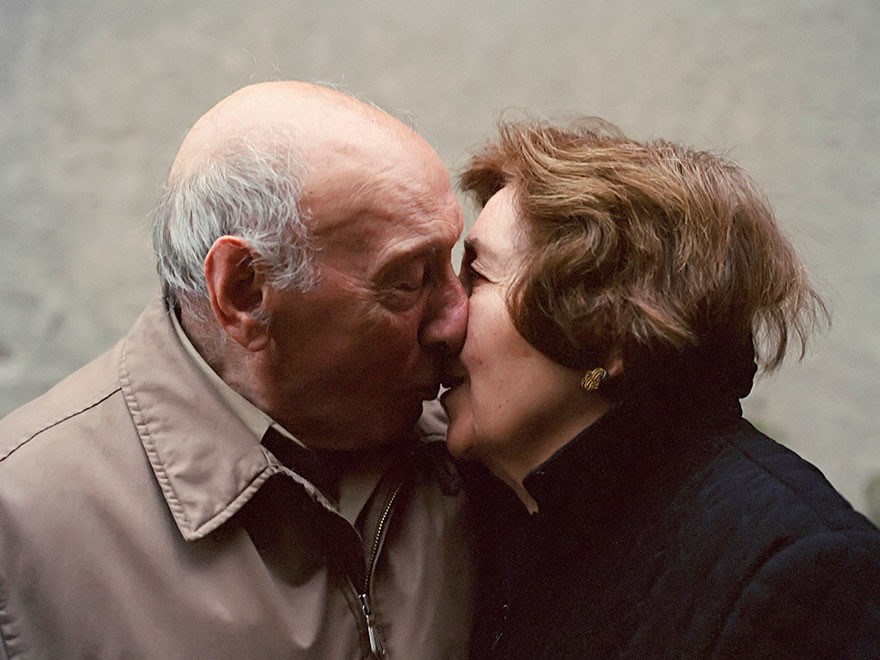 “You really don’t think about getting older. First of all, you’re aging together and, when you see a person constantly, you don’t notice big changes. Like you don’t notice, oh you’re getting a little wrinkle here and tomorrow you say, oh it’s a little deeper. No those are things that just happen. You don’t pay attention to those things. You dont realize it—really. You don’t realize that you’re—I mean—I’m not thinking everyday—oh my husband’s 83 years old he’s gonna be 84. Oh my goodness, I’m married to an old man. And, I hope he feels that way too.” 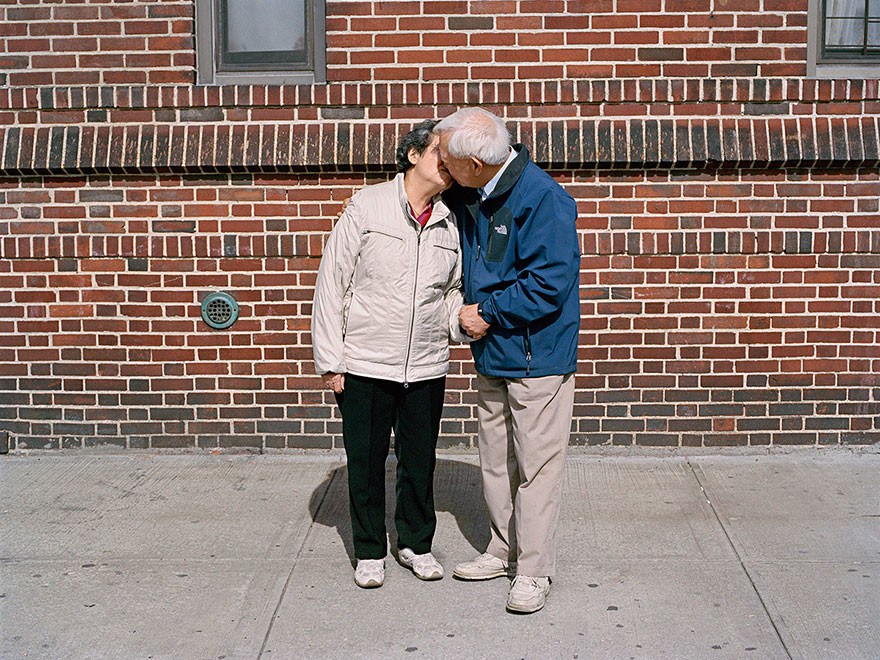 “We met when we lived in China. I was on vacation in another town and we only saw each other for three days. We lived very far apart and so, when I returned home, we sent letters. At that time we didn’t even have a telephone! We wrote letters each week but it took about 20 days for our letters to reach each other. We did this for five years.” 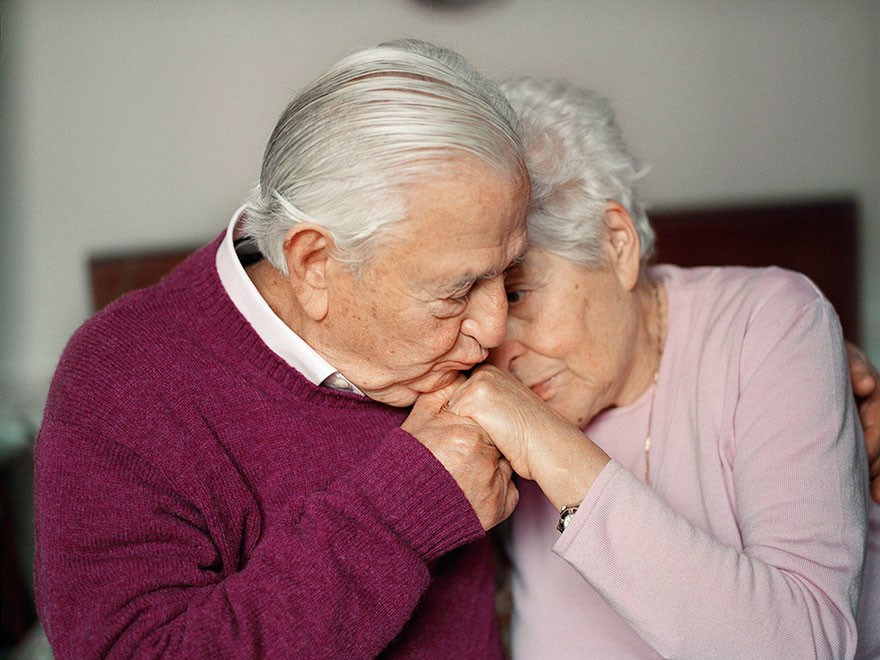 “When I first saw her, she was 14 and I was 22.Was there a concern that she was too young for me? No! Even now I look like a young child! Yes, even now I’m still young. 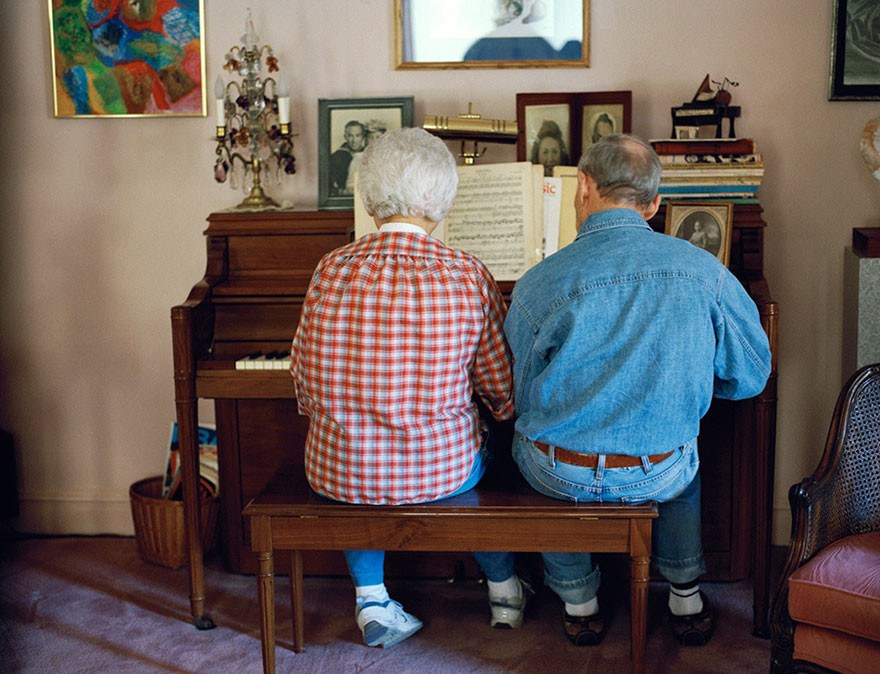 When asked about the secret to their lasting marriage, many couples suggested it is the acceptance that love changes.

When they were younger, romance was about going to the movies, exchanging letters, and passionately waiting for the time they would once again see each other. Now, it’s about sitting together while playing the piano or helping one another go down the stairs.