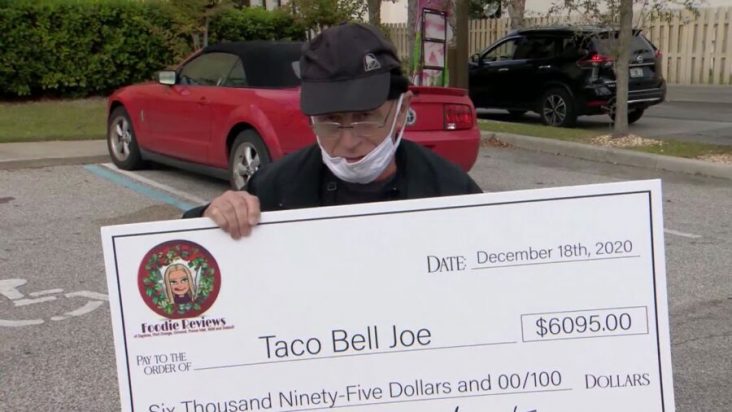 A Taco Bell employee so popular and adored by his community, known as Taco Bell Joe,” received a $6,095 tip raised by hundreds of supporters.

For nearly 20 years, Joe DeCicco has worked at a Taco Bell drive-through window in South Daytona, Florida, referring to all his customers as friends and remembering them by name—making it hard not to like the senior employee.

So, when Tricia Phillippi started a contest asking people to nominate their favorite local food industry worker, it wasn’t hard to see why DeCicco was the top nominee.

When Phillippi met DeCicco on Dec. 18 and gave him the check, he was in tears, saying, “It’s my customers that I owe this to. They bring out the best in me. It’s them. I couldn’t do it without your help.”

As the pandemic began, Phillippi created a Facebook group dedicated to supporting struggling local restaurants, and to keep people active, she hosted contests with small awards.

“I had our members nominate their local favorite in the service industry, and the person who wins will get a $50 gift card,” Phillippi said.

However, due to DeCicco’s popularity, Philippi launched a Facebook fundraiser, inviting people to donate to the senior employee to surprise him with a big tip this holiday season—and they soon surpassed the original $300 goal ten-fold in a couple of days.

More than 300 people donated to the fundraiser, with many leaving comments sharing their appreciation for Taco Bell Joe.