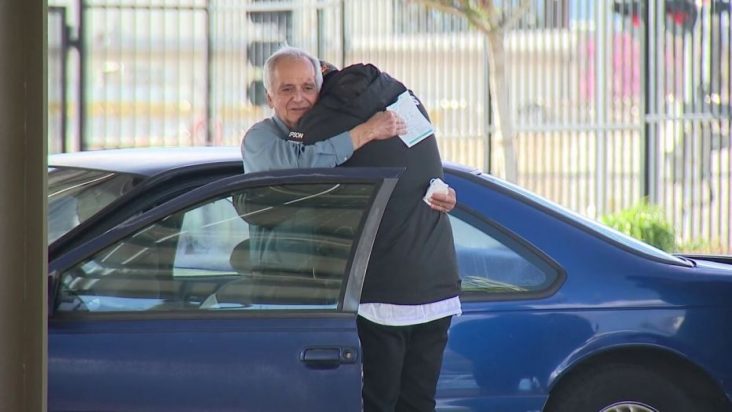 A former substitute teacher living in his car was recently gifted with a $27,000 check by a former student.

Jose Villarruel, known as “Mr. V” by his students, turned 77 years old on Thursday. His former student, Steven Nava, decided to arrange a celebration for Villarruel.

“I feel very lucky and very honored that I have taught in different institutions of different levels,” he said.

In early 2020, Villarruel said he resigned after schools shifted to distance learning.

“I decided the school situation has changed completely, and I believed that a job of a substitute was over. In May, I submitted my resignation. I managed to do all of the paperwork, all of the arrangements to get my pension. I got my check, but that check didn’t last long because I had debts already,” he said.

Villarruel has been living out of his car ever since.

Nava came across Villarruel a week ago in his car and recognized him. The young man initially gave Villarruel $300, and he decided to start a GoFundMe page to help Villarruel get back on his feet.

He shared it all over social media, including TikTok, where Villarruel’s story went viral, garnering over 1.7 million views on TikTok.

Mayor of Fontana, Acquanetta Warren, and Villaruel’s former students gathered at the Fontana Community Senior Center for a celebration on Thursday.

Villarruel was presented with a $27,000 check, along with other gifts at the celebration.