Most dog owners would agree that you don’t need a reason to cuddle your dog more often — if anything, a dog’s stare and nuzzle is enough to melt any pooch lover’s heart. There are, however, actual benefits to cuddling and petting your furry best friend. 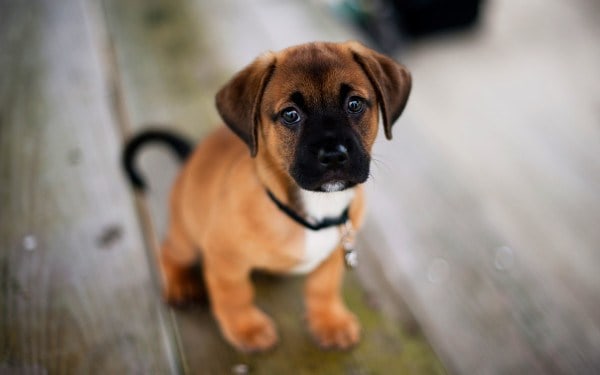 Sometimes, dogs act like they were put on this earth to be cuddled — and that’s a hard purpose for any dog owner to ignore. Whether your pup is a dachshund or a rottweiler, a lab or a boxer, all dogs deserve love and care — and for every second of cuddling, they’ll swear a lifetime of loyalty and respect to you. Unless they’re corgis. So stubborn. 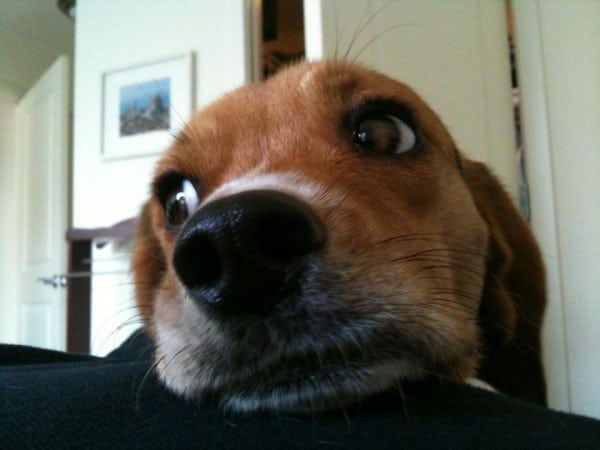 If science has proven one thing about animal behavior, it’s that domesticated mammals are more like us than we’d ever realized — and just like your average human, they need physical touch and bonding to be happy. Yes, dogs can get depressed — and just like humans, they’re pack animals. Isolate a dog, and you’ll cause it unnecessary and dangerous emotional stress. 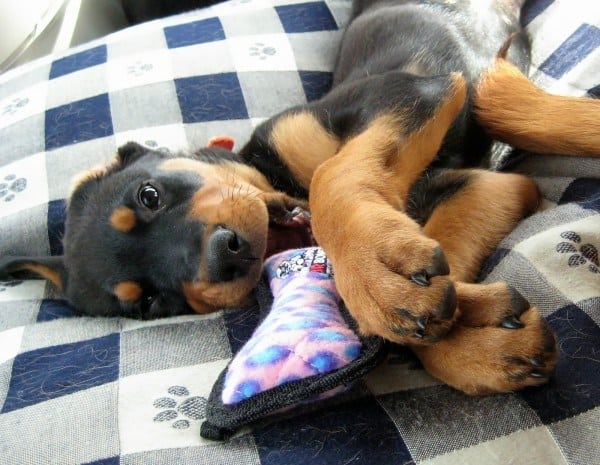 Studies show that when you interact with your dog, both you and your pet show increased levels of oxytocin in the blood. Oxytocin, known as the “love hormone”, is released by the body during social interactions that are especially important to building relationships — such as between a mother and her breastfeeding child, or a couple in love. Other domesticated animals also show increased levels of oxytocin during positive interaction, but dogs are especially connected to their respective humans.

#4. Cuddling your dog can release stress. 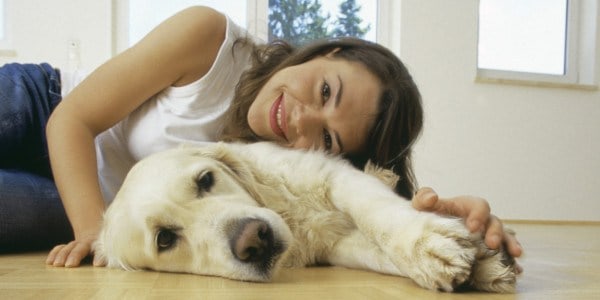 Cuddling your dog isn’t just good for your pet — it’s great for you. While oxytocin is released, human cortisol levels drop, alongside a calmed heart rate after a session of petting and cuddling. Cortisol is your body’s stress hormone, used to bring about metabolic action to help you deal with your “hostile” environment and regulate your body — but excess levels lead to physical breakdown.

#5. It can also lower your risk of stroke. 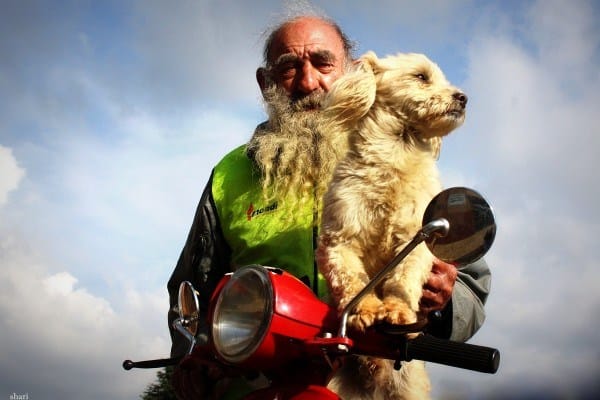 It’s simple — if you give yourself more time to relax and unwind, you lower your chances of experiencing a stroke. A stroke is when your brain’s blood and oxygen supply is dangerously restricted — and it can occur for any number of reasons, from constricted blood vessels to a hemorrhage. Cuddling your dog — or anyone else you love for that matter, can help you avoid a stroke. Make sure to include dosages of laughter and healthy, delicious food.

#6. It can beat away at depression. 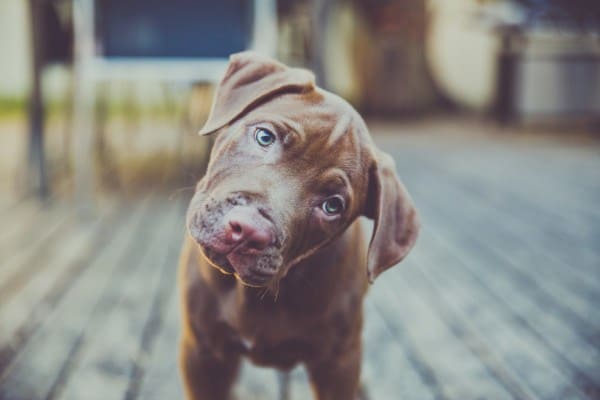 Increased levels of oxytocin and social interaction are inversely related to depression — alongside serotonin, dopamine, and all the other lovely brain cocktails that make you forget about being mopey and dopey. Besides, anyone knows that cuddling a cute, eagerly loving animal is the best cure for clinical sadness.

#7. Cuddling your dog reduces pain for the both of you. 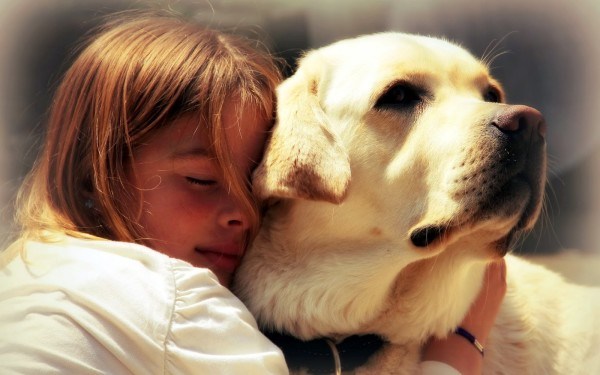 Oxytocin, besides being the love hormone, is also key in mammalian birth — mothers experience a burst of oxytocin during labor to both relax the uterus and reduce pain. The last part seems to work better in some than in others — but that biological reasoning is part of why oxytocin in general is a natural way for your body to deal with anything from wounds to headaches and cramps. And the same goes for your dog. 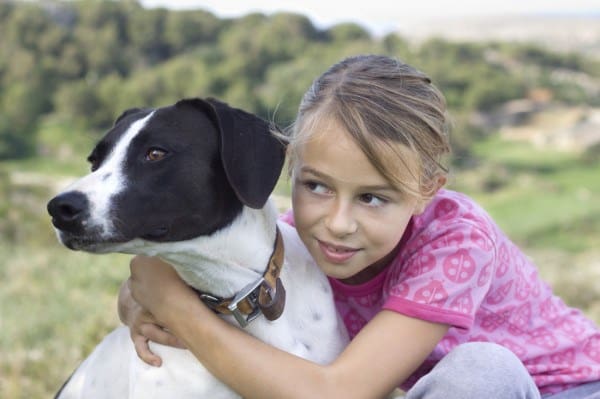 Perhaps as a way to reassure youngsters, oxytocin released during petting and cuddling deals with fear and anxiety, and can be a good way to help cope when things get too scary. Note, though, that cuddling a dog while he or she is exhibiting fear may backfire and make them think you’re encouraging anxiety. Instead, wean a dog to its phobia, and encourage calmness with petting and treats.

#9. Cuddling your pet may even help release insulin. 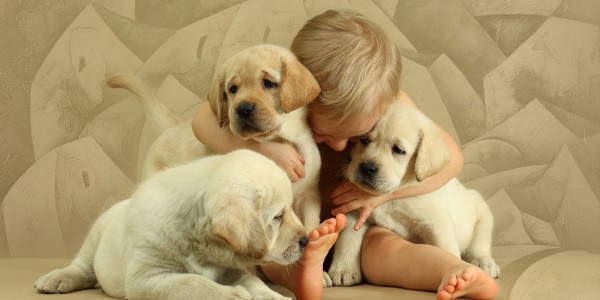 Research shows that naturally-produced oxytocin may be functional as an insulin-secreting drug. That means oxytocin release could potentially help combat obesity and diabetes — but don’t let cuddles be your primary path towards losing weight.