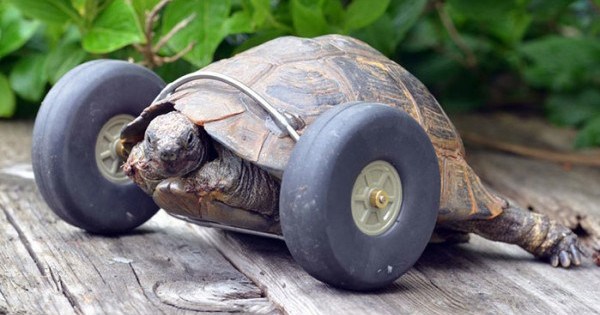 Meet Mrs T from Pembroke, Wales. She’s just a run-of-the-mill, 90-year-old tortoise, except for one thing: she has wheels for front legs.

When her owner, Jude Ryder, found out that rats had chewed off her hibernating tortoise’s legs right up to the elbow joint, she rushed her little friend to the hospital. Roughly £1,000 worth of medicine and veterinary care later, Mrs T was still in bad shape and couldn’t walk. Luckily, Jude’s son Dale came to the rescue.

The 37-year-old mechanical engineer glued wheels from a model aircraft onto Mrs T’s shell — and she hasn’t looked back since. 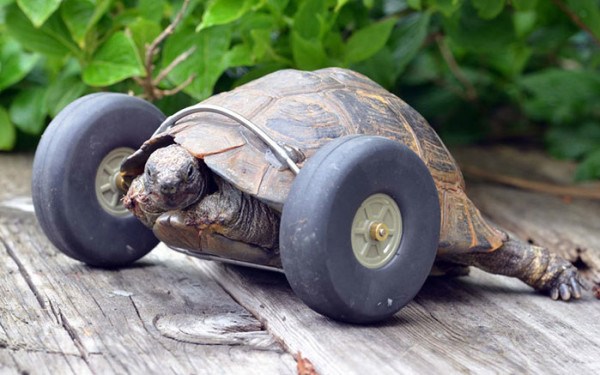 “It was like fitting her with a turbo charger – she’s going double the speed she used to,” said Jude.

The then 8-year-old Dale had received Mrs T as a gift when she was already well into her 60s.

“Mrs T is still quite young for a tortoise. She could go on for another 50 years – all she needs is a new set of tyres every now and again,” Jude said. 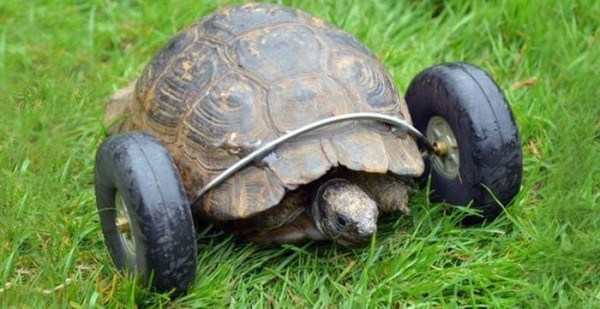 Apparently, rat attacks on tortoises are not an uncommon occurrence: Britain’s oldest tortoise died aged a grand old 130 years after being bitten by rats in 2013.

Watch Mrs T go fast, furiously, in the clip below:

Thankful that her pet’s ordeal is over, Jude said: “We were afraid she may have to be put down, but her new set of wheels have saved her life. She has the run of the garden again and we can always find her because she leaves very strange tracks behind wherever she goes.”