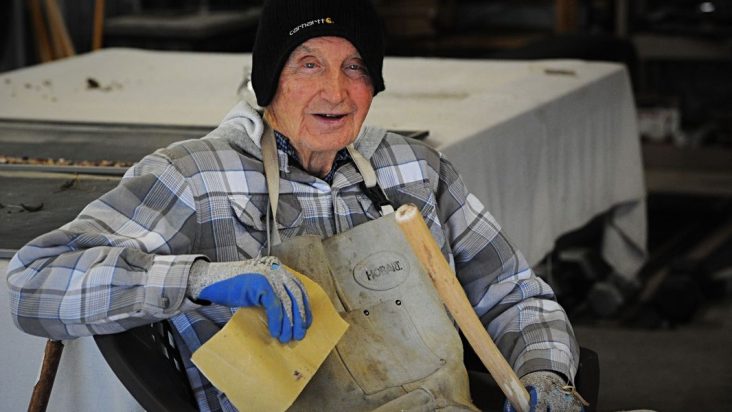 A 93-year-old veteran in Ohio is whittling walking sticks to raise funds for his local food pantry.

John Hobson, a retired Air Force colonel, still serves the people to this day. “If he just got put somewhere and told him to sit down, he’d go crazy,” Mark Hobson, his son, told the media.

He’s sculpted about 100 walking sticks this year, and it can take him about a day to make each one.

Hobson sells them for $3 each or a donation to the pantry. That money goes to the Xenia Area Fish Food Pantry. He’s raised more than $600.

While he was sold out of walking sticks as of Thursday, the food pantry reported, Hobson has now made a GoFundMe page to help the pantry, which raised more than $1,500 as of Saturday morning.