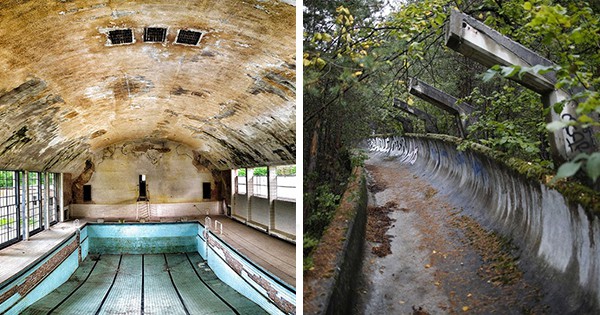 Every Olympic host country considers it an honor to have the games held on their soil, and will stop at nothing to ensure their year would be the grandest. But what happens to all the structures built just for the purpose of hosting the games for a few days?

The bobsleigh and luge track at Mount Trebevic, the Mount Igman ski-jumping course, and related infrastructure are mere shadows of their previously glorious selves. Now covered in graffiti, cyclists use these tracks for downhill activities. 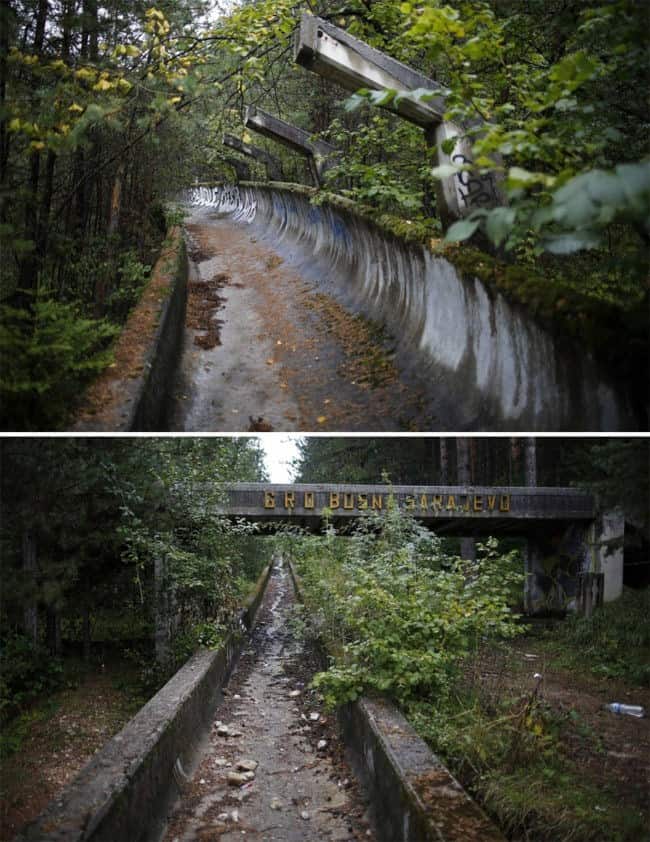 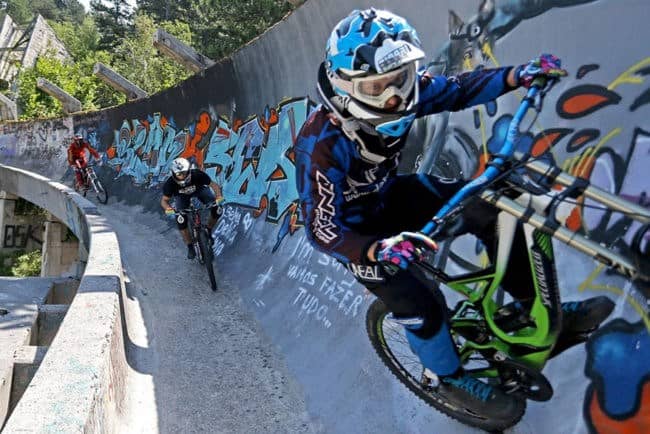 The huge training pool for athletes at the Olympic Village is now a giant garbage pit of brown muck. 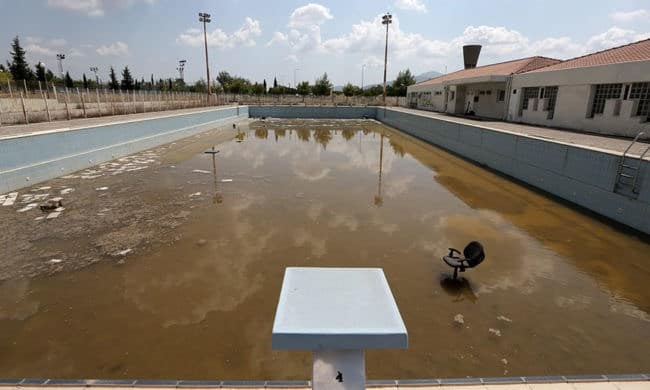 This 60-year-old structure may still look mesmerizing with the foggy mountain framing the grandstands, but up close, the dilapidated wooden tower is home to nothing but rotting beams.

The village in Elstal, west of Berlin, which housed over 4.000 athletes for the notorious 1936 Olympic Games, was used by the German and Russian armies as barracks before being totally abandoned in 1992. 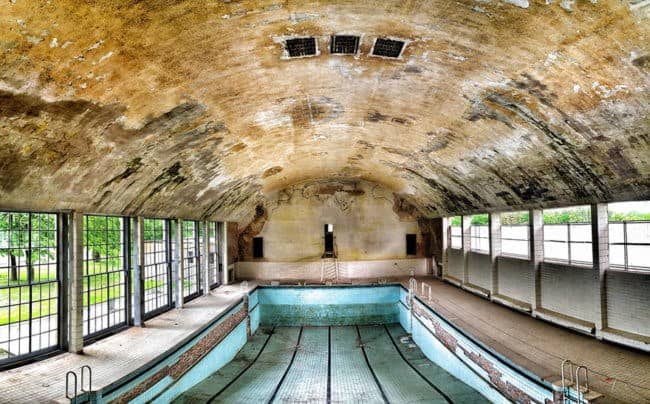 The view from the top of this majestic tower is as grand as ever. Its cement structure, however, has long been reduced to rubble. 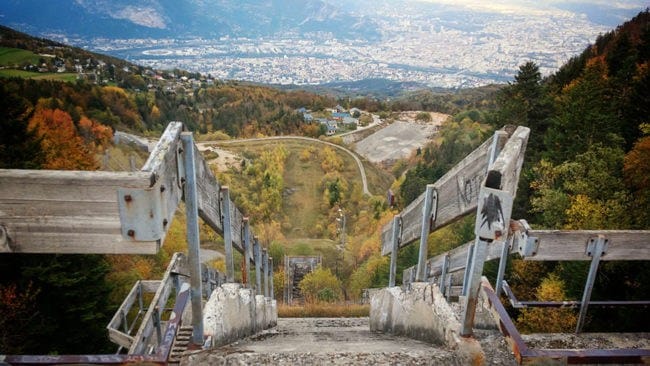 What was once part of the Olympic Sports Complex in Sarajevo for the 1984 Winter Olympics is now the final resting place for hundreds of Sarajevans. 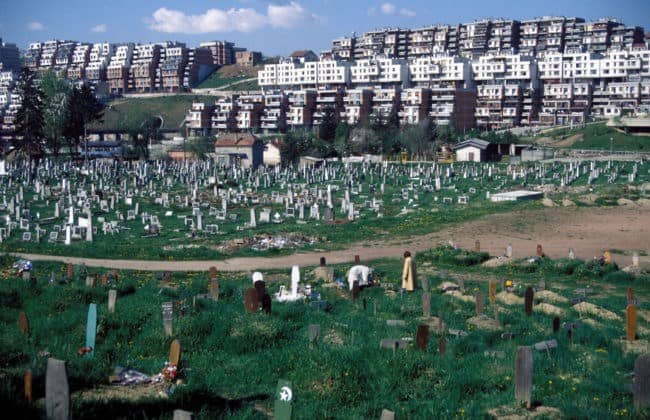 A vast audience of weeds and ferns have replaced the thousands of screaming fans who sat on these very bleachers more than a decade ago. 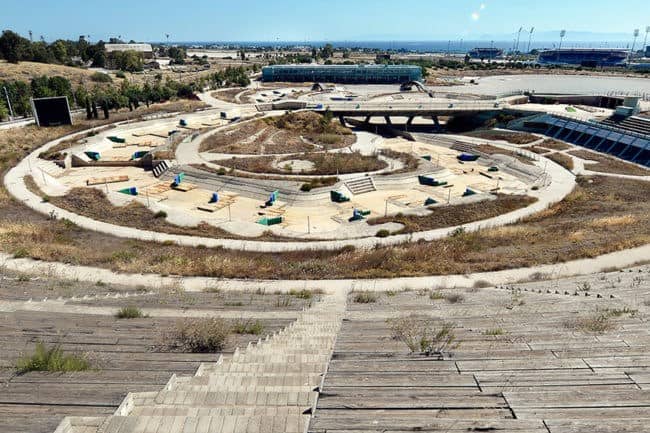 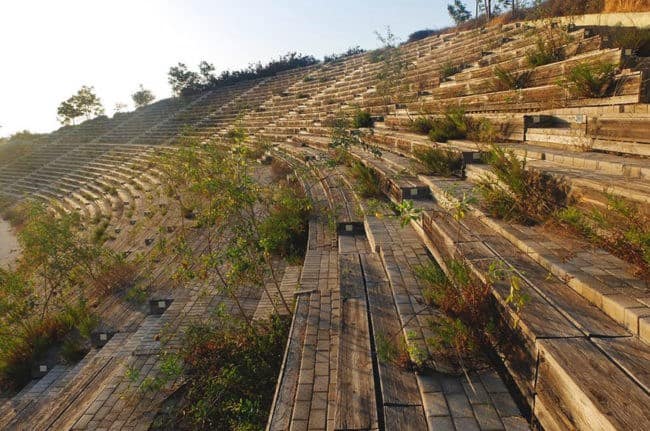 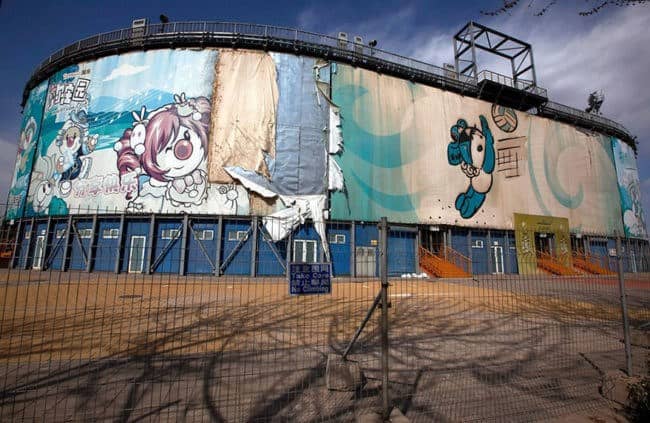 The seats for reporters along the sidelines are now nothing more than a shattered mess of splintered wood. 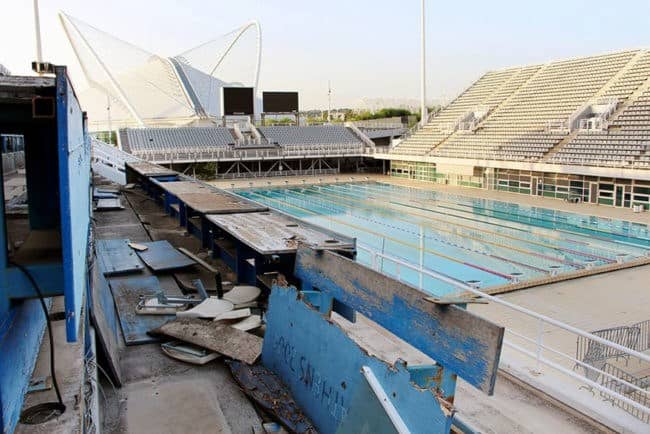 Nini, left, and Yingying, two of the five mascots for the 2008 Beijing Olympic Games, are seen lying among trees behind an abandoned, never-completed mall in Beijing. 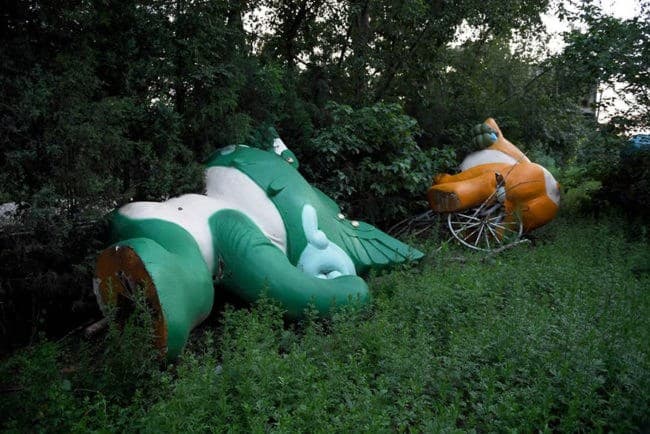 Deserted houses for the athletes in the former Olympic Village for the 1936 Berlin Olympic Games. 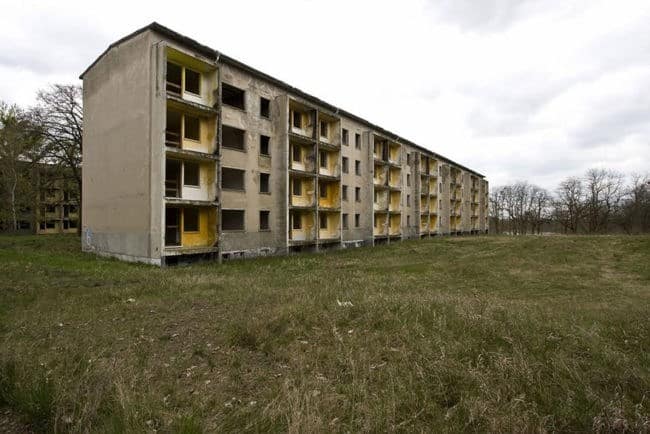 This is no art installation — they are rows upon rows of flag posts that, after the 2004 Summer Olympics, lost the purpose for which they were built. 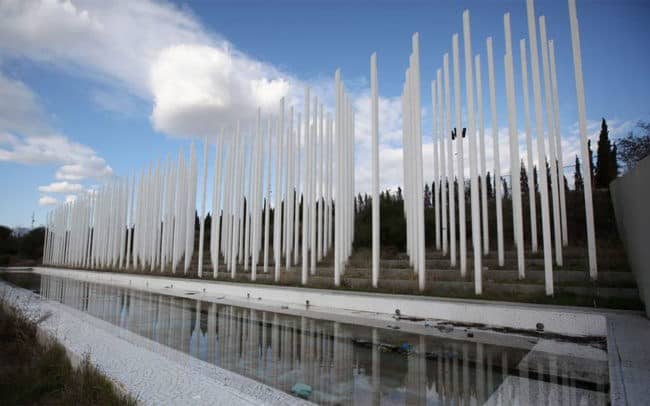 An old Soviet venue built for the Moscow Olympics in the 1980s is greying and forgotten in Estonia. 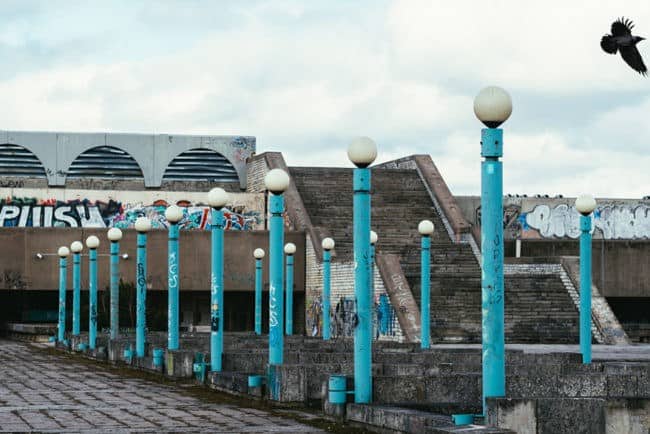 This was the very first permanent Olympic village, and had quite a few impressive features: each house had its own steward and housed the first swimming pool ever at an Olympic village. 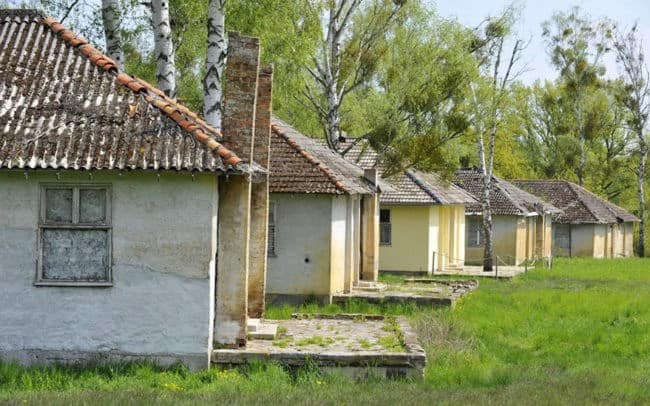 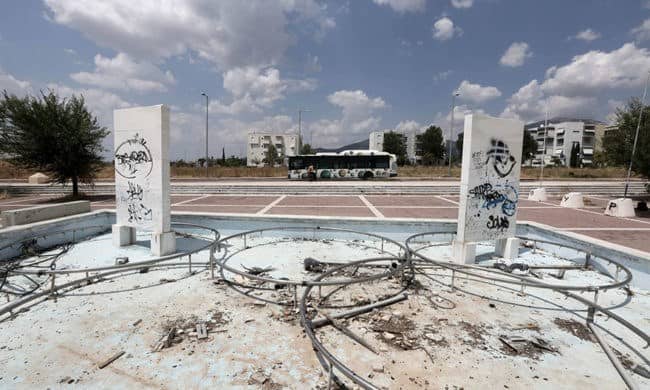 The derelict netting and scoreboard in the background on a tennis court stand at the Stone Mountain Tennis Center, home of the 1996 Summer Olympic Games tennis events, in Stone Mountain, Georgia. 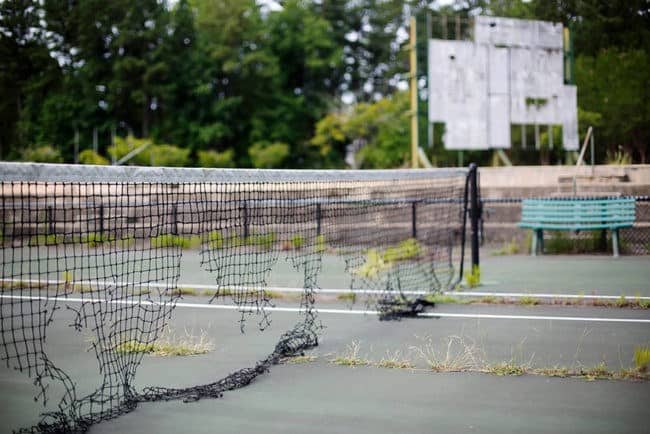 A foot of dirty water sits at the bottom of the diving pool which formed part of the Olympic Aquatic Centre. 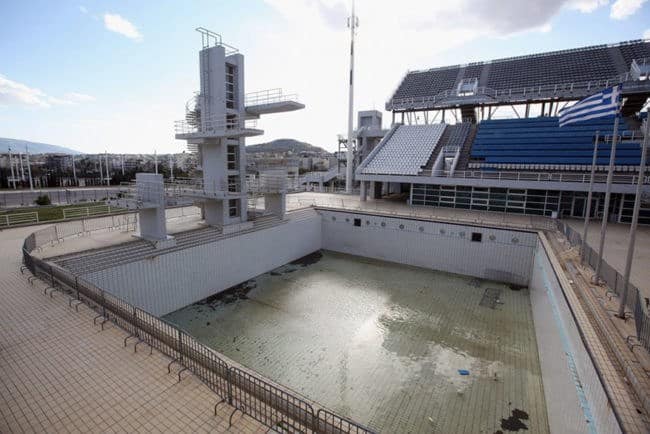 Although much of the Munich Olympic Venue still stands today, the train station which received thousands of visitors back in the day is a barren wasteland of tumbleweed and grass. 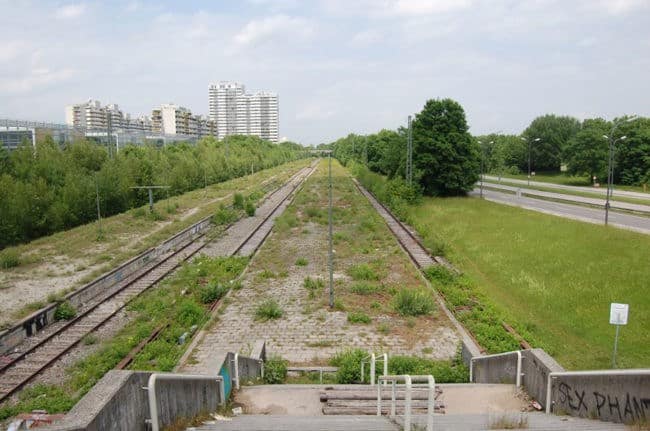 The deserted and unmaintained former venue for the kayaking competition of the 2008 Beijing Olympic Games, can be seen on the outskirts of Beijing. 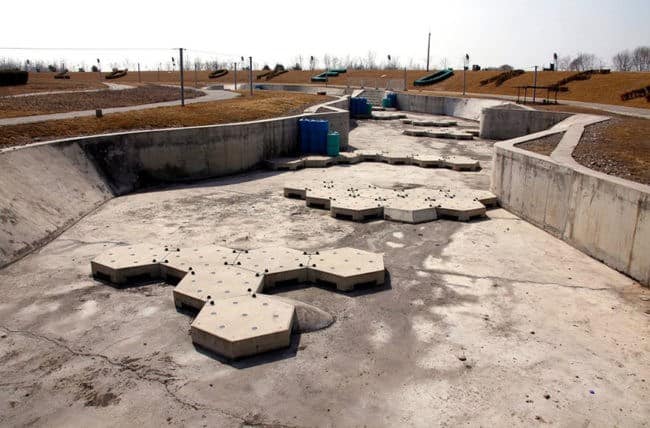 During the Games, the cinema hosted movie nights and other entertainment for the athletes. 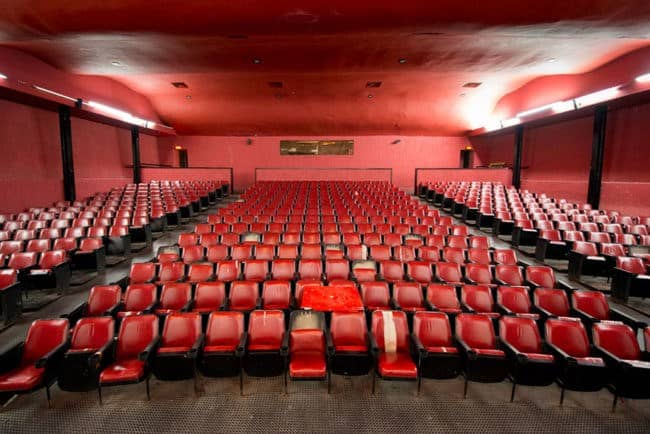