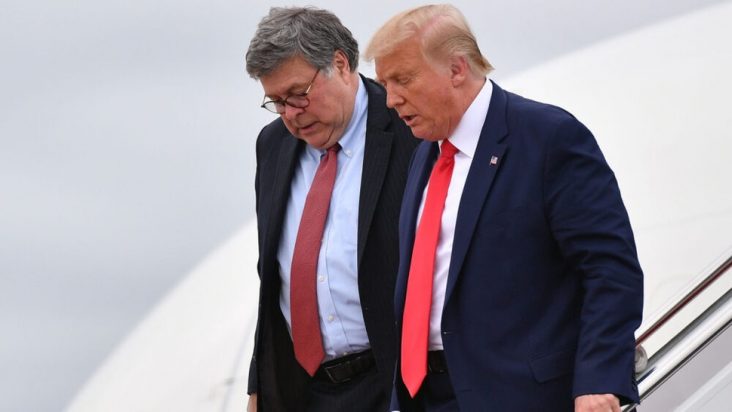 Attorney General William Barr has reportedly tagged three U.S. cities as “anarchist jurisdictions.” These cities are being targeted to be defunded by the federal government because they failed to stop violent rioters as well as defunding law enforcement departments.

According to the New York Post, “Barr signed off on designating New York City, Portland, and Seattle as “anarchist jurisdictions.”

A leaked statement supposedly had Barr saying, “When state and local leaders impede their own law-enforcement officers and agencies from doing their jobs, it endangers innocent citizens who deserve to be protected, including those who are trying to peacefully assemble and protest. We cannot allow federal tax dollars to be wasted when the safety of the citizenry hangs in the balance. It is my hope that the cities identified by the Department of Justice today will reverse course and become serious about performing the basic function of government and start protecting their own citizens.”

“My Administration will do everything in its power to prevent weak mayors and lawless cities from taking Federal dollars while they let anarchists harm people, burn buildings, and ruin lives and businesses,” Trump tweeted late on Wednesday. “We’re putting them on notice today.”

President Trump has made “law and order” the battle cry of his reelection campaign. New York City, Washington, DC, Seattle and Portland have been the early targets.