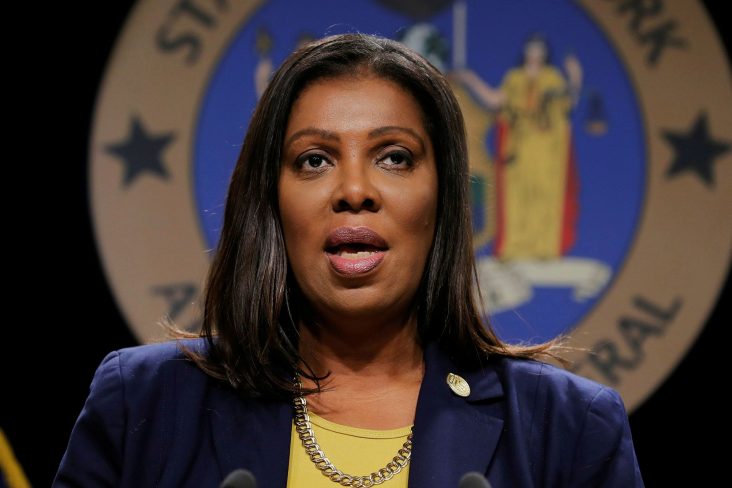 New York Attorney General Letitia James revealed Thursday that the state Department of Health underreported COVID-19 deaths in nursing homes by as much as 50%.

The state Department of Health reported that as of Jan. 27, 2021 there were 5,957 confirmed COVID deaths in nursing homes as well as an additional 2,783 presumed deaths.

At the same time, here were 160 deaths and 52 presumed deaths in assisted living facilities.

It can be recalled that in the early months of 2020, New York Gov. Andrew Cuomo directed nursing homes to accept patients who had or were suspected of having COVID-19. This decision was said to have spread the virus that infected thousands of elderly patients. It ultimately resulted in hundreds of deaths among the state’s most vulnerable population.

Cuomo, for his part, defended the nursing home policy as in-line with guidance from the Trump administration.

The Office of the Attorney General (OAG) had asked 62 nursing homes to provide data about deaths in their facilities.

James’ office reported that a facility reported five confirmed and six presumed COVID-19 deaths as of Aug. 3 to the Department of Health. However, upon confirmation, there were a total of 27 COVID-19 deaths at the facility and 13 hospital deaths — a discrepancy of 29 deaths.

The OAG report revealed the findings of an investigation into allegations of patient neglect and other “concerning conduct”, and said that some facilities even failed to comply with basic health protocols.

According to current state data, about 70% of the nearly 35,000 COVID deaths in New York were people aged 70 and older.

James noted that her office is investigating more than 20 nursing homes.

She said in a statement, “As the pandemic and our investigations continue, it is imperative that we understand why the residents of nursing homes in New York unnecessarily suffered at such an alarming rate. While we cannot bring back the individuals we lost to this crisis, this report seeks to offer transparency that the public deserves and to spur increased action to protect our most vulnerable residents.”