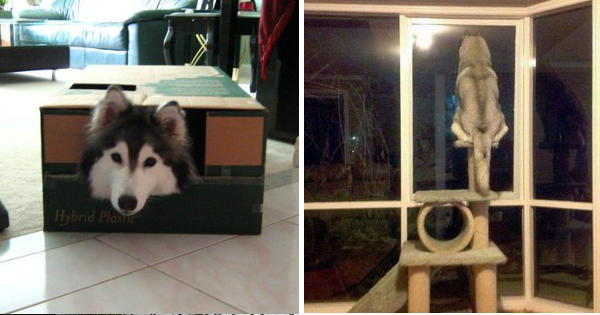 If your dog doesn’t dig for bones or chase his tail, but loves to curl up in comfy boxes and perch on fences, then it’s time to let the cat out of the bag — you might just have a catdog.

#1. Look out for behavior like sitting on top of the sofa, rather than on, you know, the comfy bit. 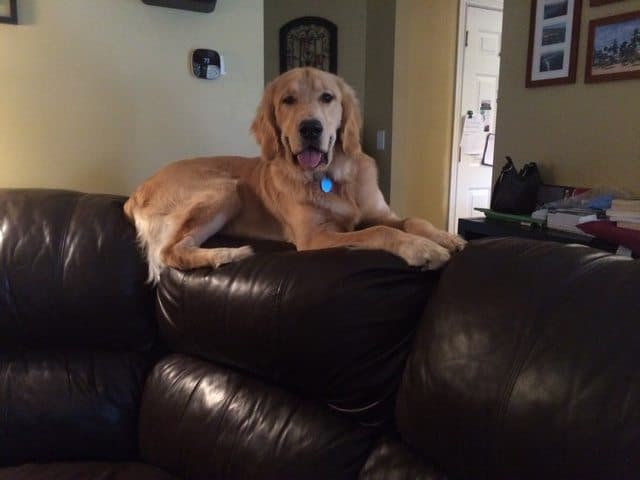 #2. Catdogs like to keep a close eye on those untrustworthy neighbors with their nose four inches from the window. 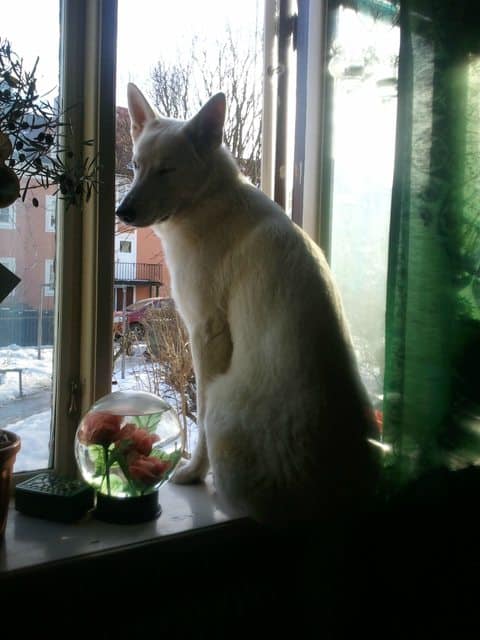 #3. Your catdog may exhibit this kind of behavior even in front of their puppy pals.

#4. Catdogs like nothing better than a cramped, uncomfortable box to curl up in. 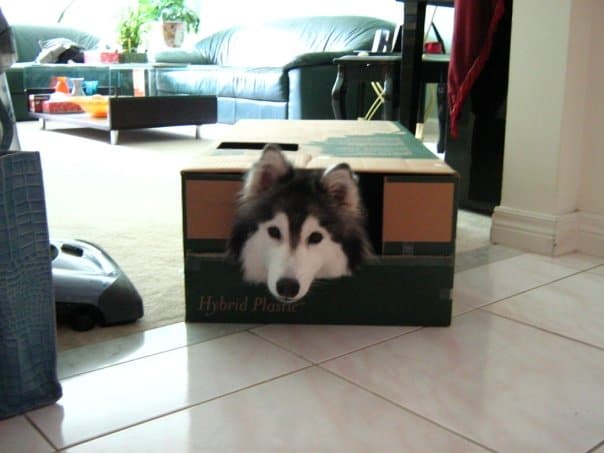 #5. Some catdogs may even progress to taking catnaps on their humans. 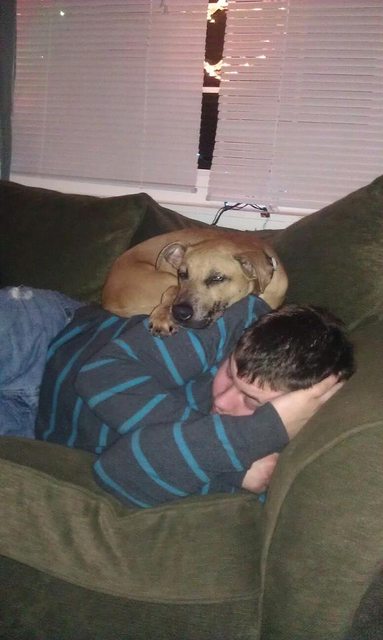 #6. Over time, catdogs have developed agility equal to that of a real cat.

#7. And use their special catdog magic to sit on impossible narrow perches. 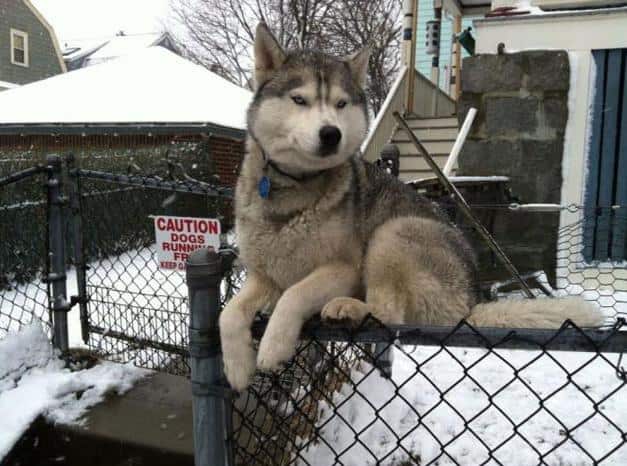 #8. … but catdog magic has its limits. If you’ve ever seen this, your catdog has reached that limit. 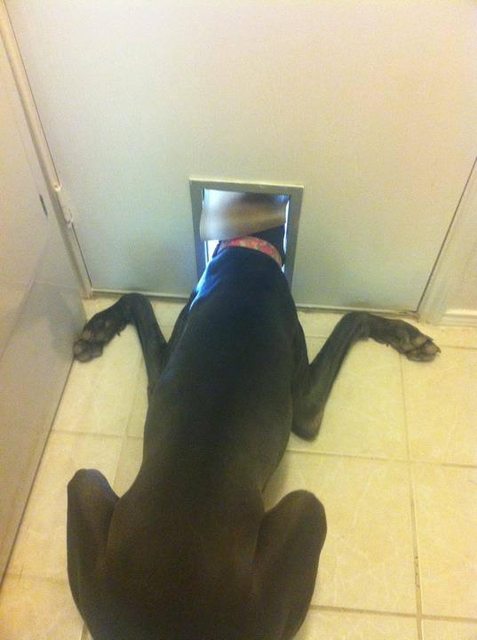 #9. Catdogs are contemplative by nature. 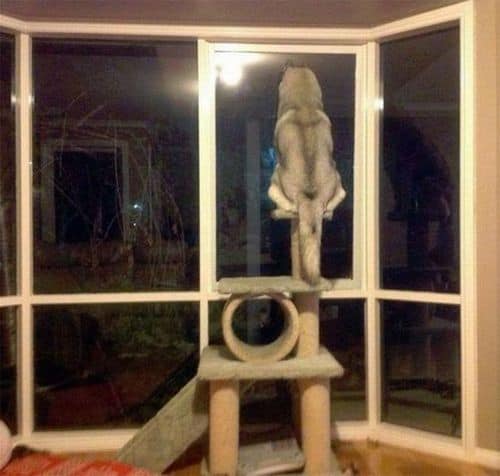 #10. And they will love you twice as much, because they’re not just dogs — they’re catdogs. 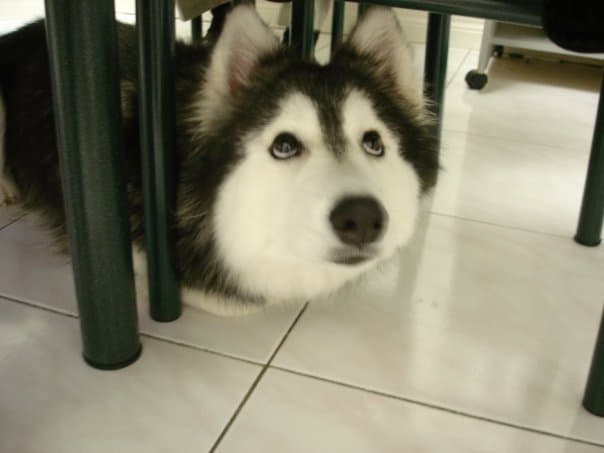 #11. The grace of a cat, the goofiness of a dog; catdogs might just be the best thing ever.

Could there be a catdog in your home?