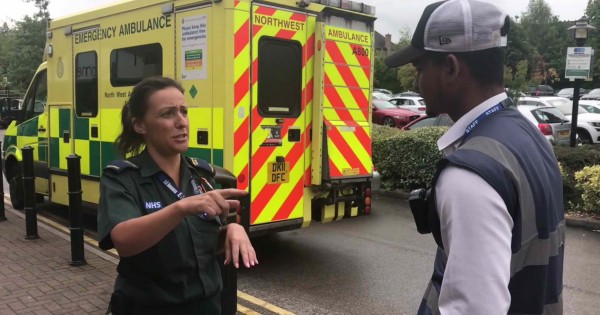 Footage of a stern parking attendant has been making rounds after he was filmed to have issued a ticket to an ambulance parked on double yellow lines outside a Tesco Express.

The paramedic who drove the emergency vehicle explained that she only ran inside the store to grab some water. 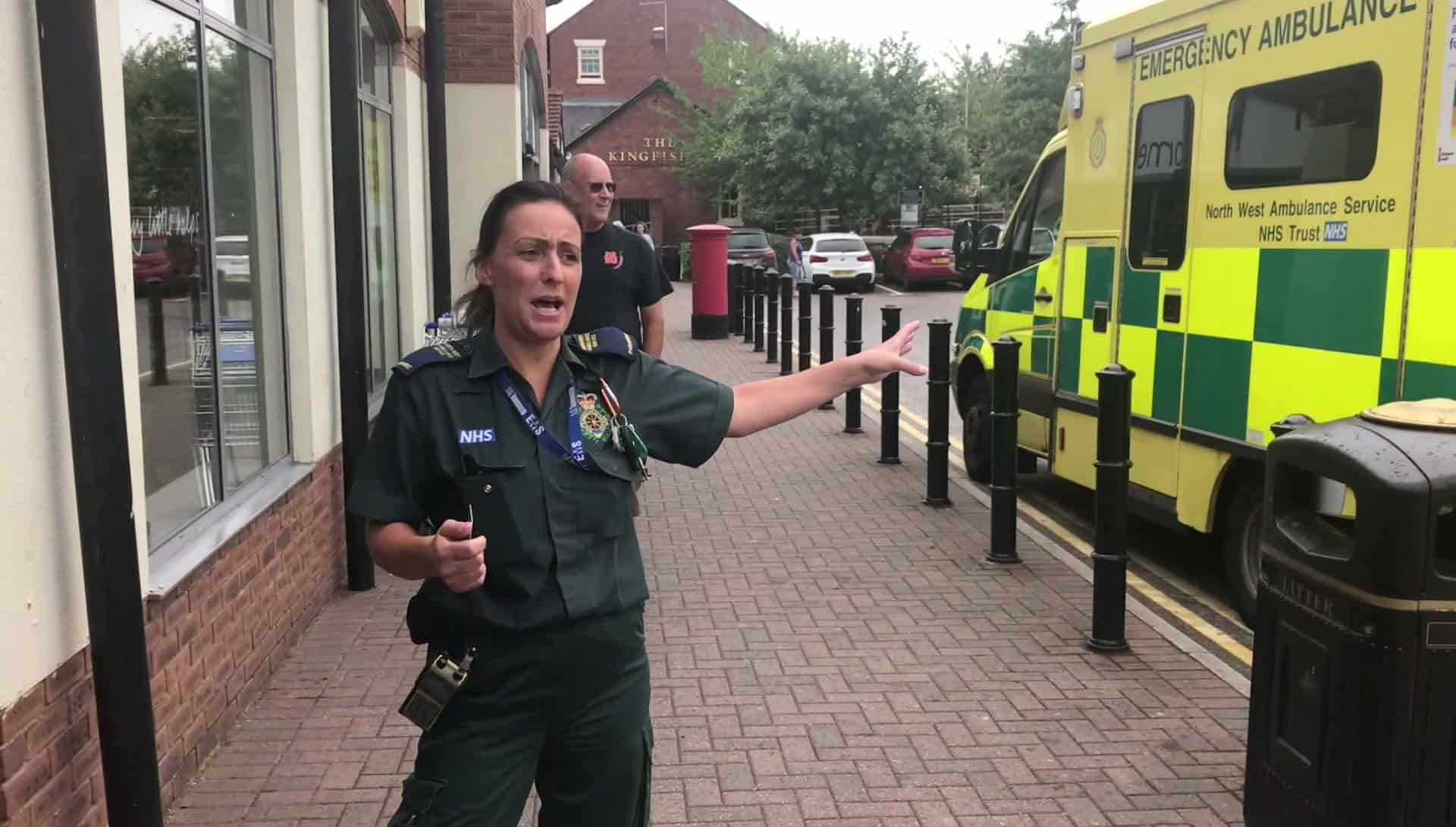 The incident occurred at Kingsmead Square, Northwich, Cheshire, at around 3pm on Tuesday, July 24.

The paramedic asked where she should park, because the van didn’t fit in any of the bays apart from disabled spots. She added: “I’m not being funny, I’m not going to use a disabled space… so where would you like me to park?” 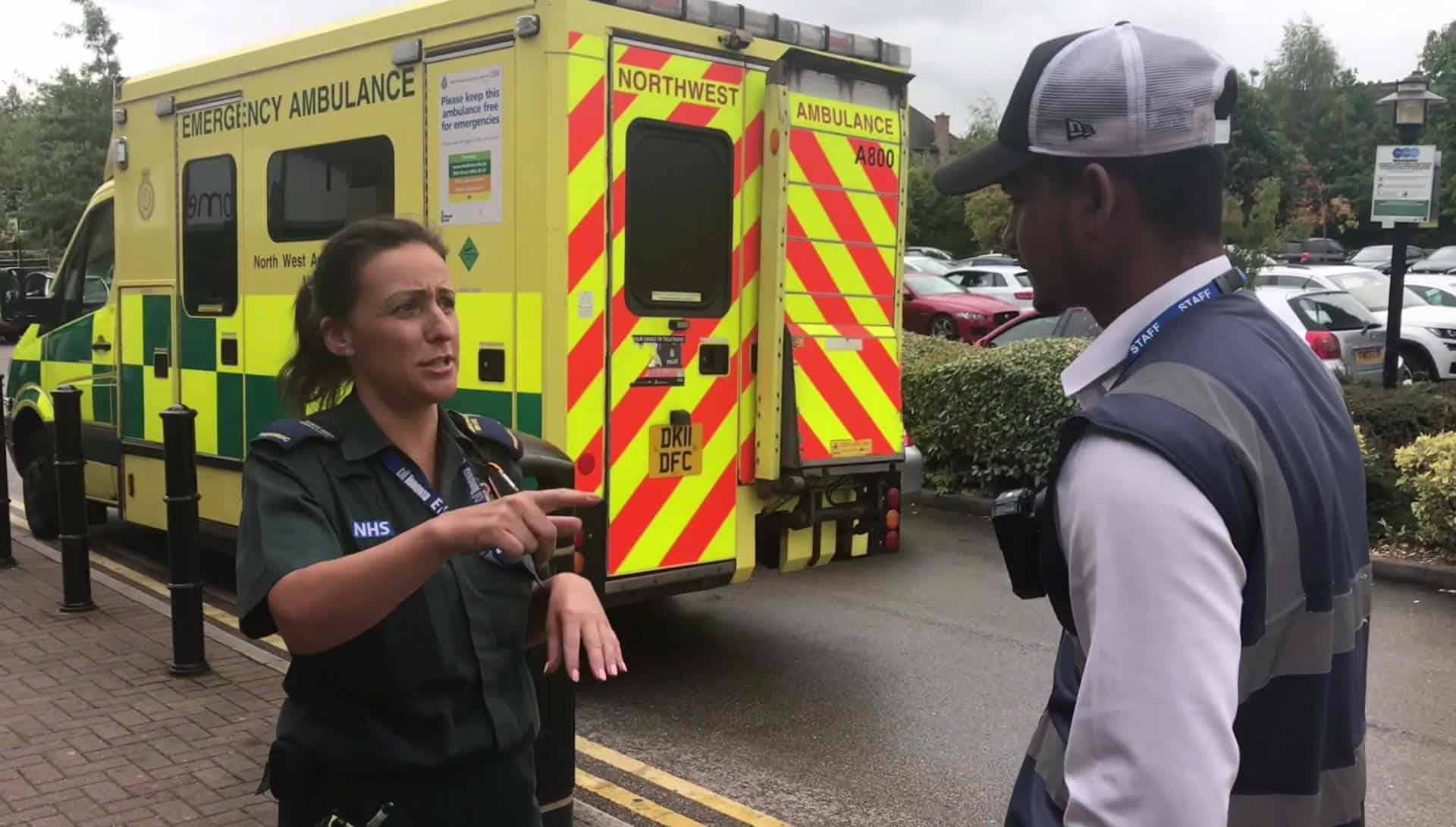 He answered: “I understand, that’s fine, you can do that, but you can’t be parking on a double yellow line, can you?” 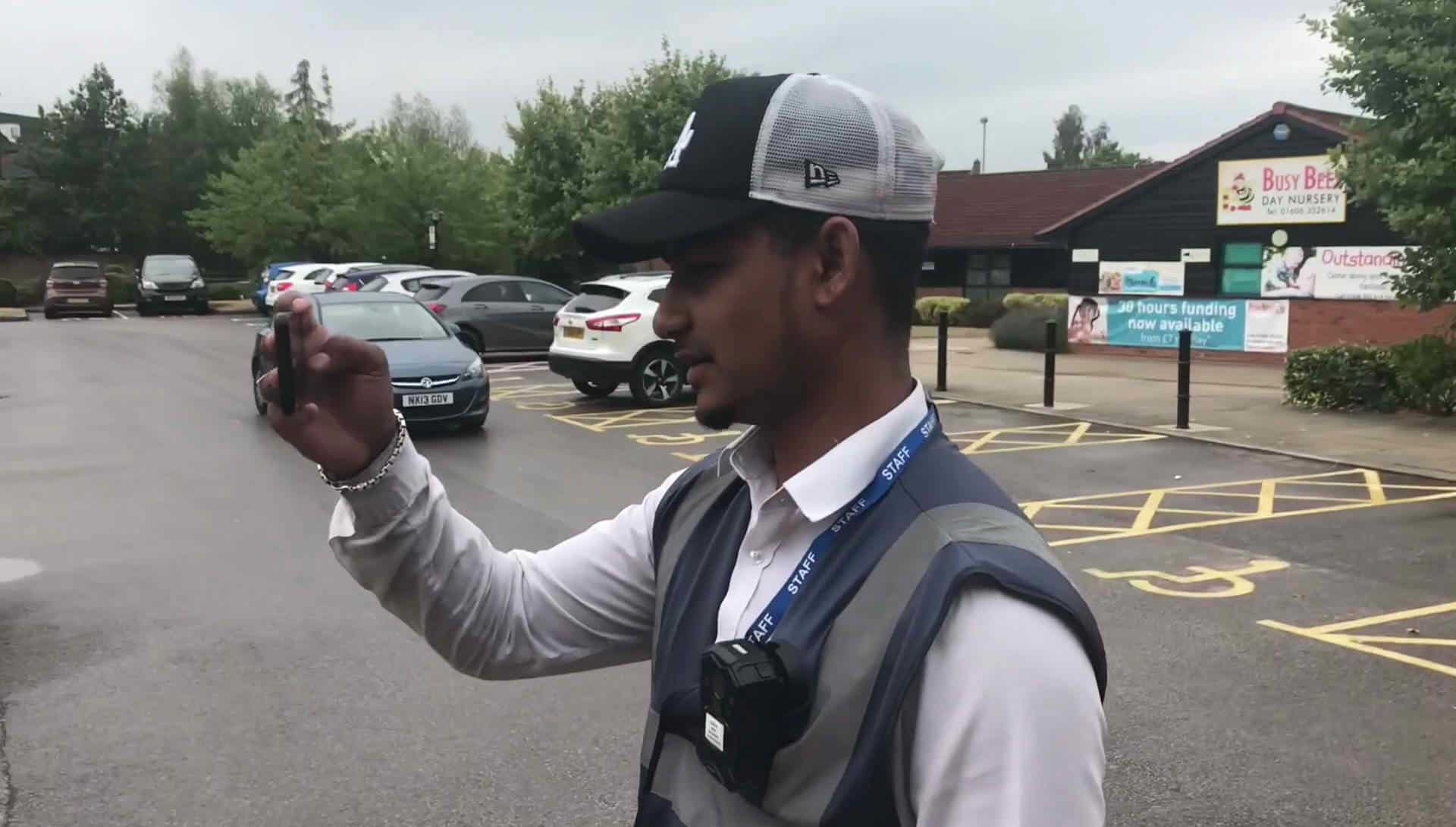 Ian French, the witness who took the video, confronted the parking warden and attempted to reason with him. He told him that the paramedics were on call.

But the LA baseball cap-sporting attendant replied, “They are getting some food, so they are not on call, are they?” 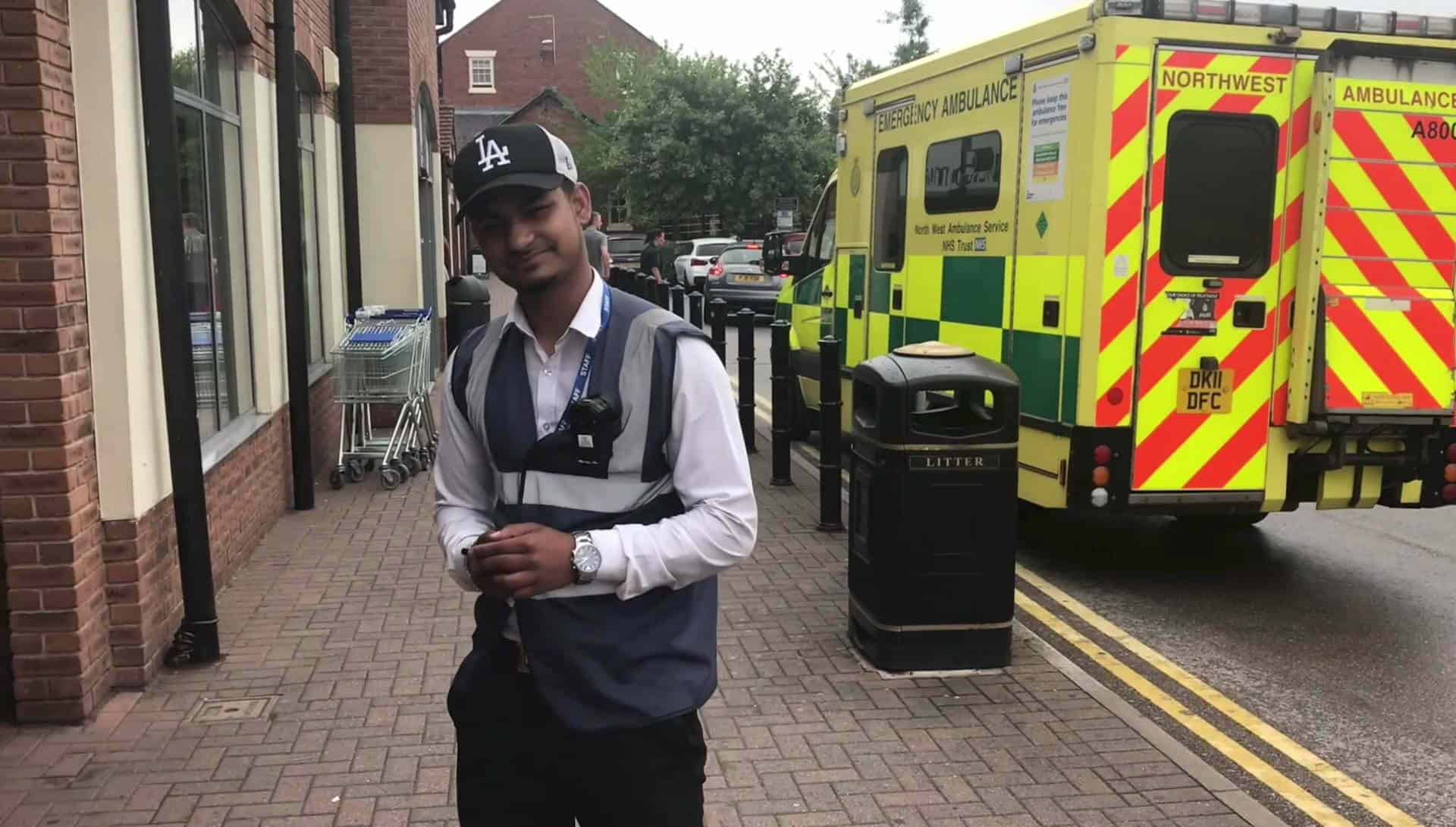 “I believe they were just collecting some food and water eight hours into their shift.” 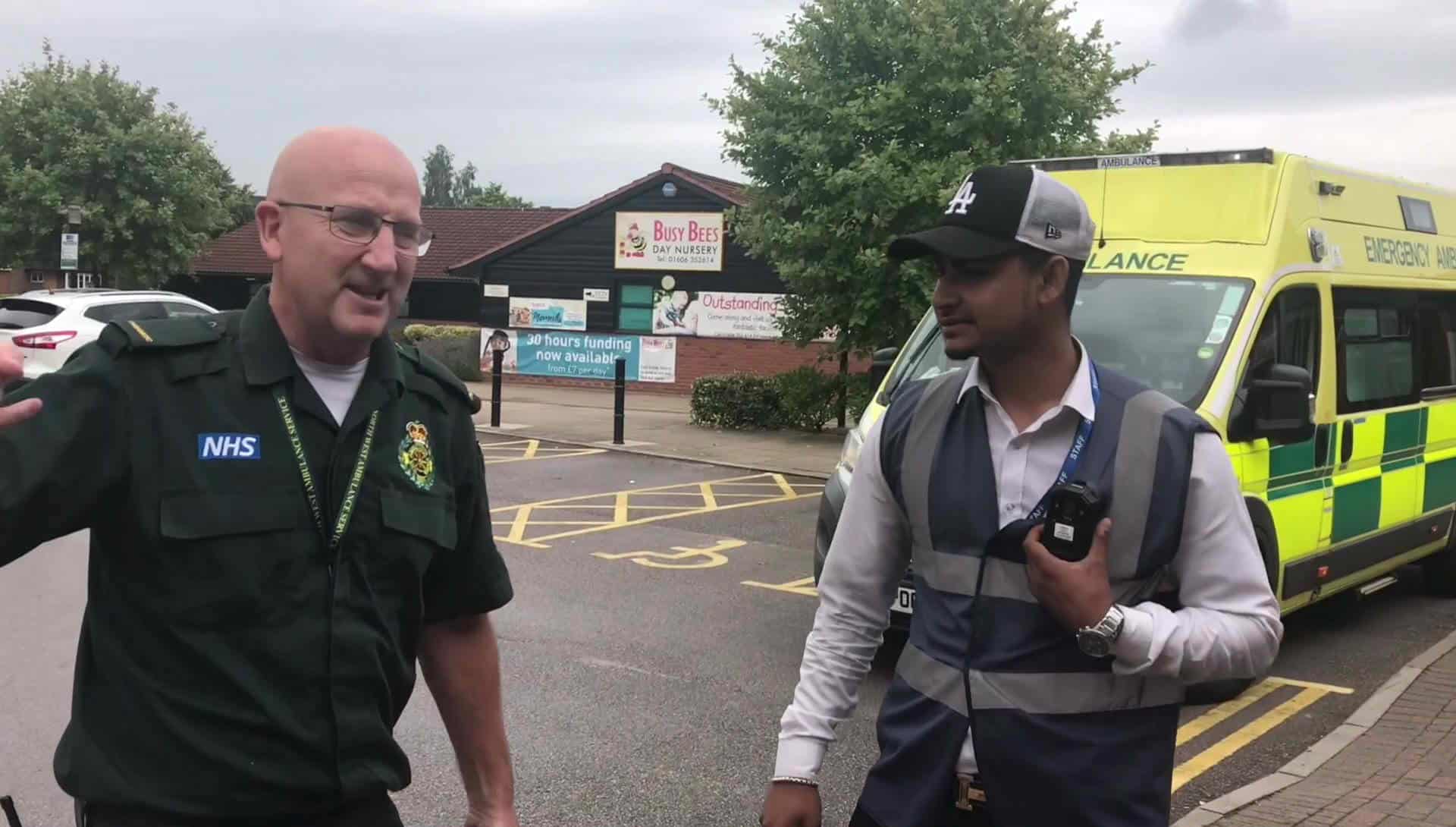 “It is a private parking firm working for the landlord, who I believe owns the car park and the businesses around it.”

“The parking enforcement signs were only installed a few weeks ago. The locals are not happy about it, nor are some of the businesses.”

Watch the encounter below: