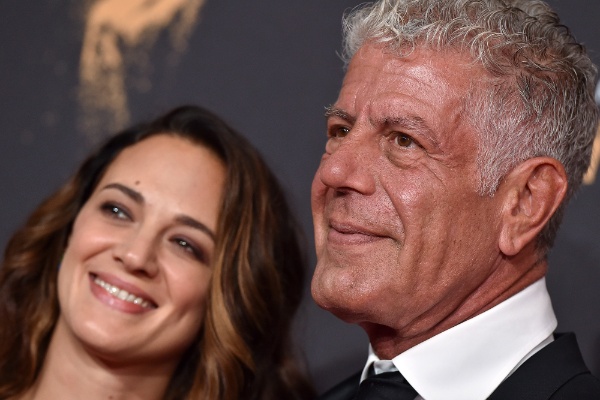 Down and Out in Paradise: The Life of Anthony Bourdain, written by journalist Charles Leerhsen, will be released on October 11th.

The book contains reported messages exchanged by Bourdain in his last days before his death on June 8, 2018.

“I hate my fans, too. I hate being famous. I hate my job,” the chef sent to his estranged wife Ottavia Busia-Bourdain, adding: “I am lonely and living in constant uncertainty.”

The book also details Bourdain’s tumultuous relationship with Asia Argento, whom he dated for around two years after divorcing Busia-Bourdain.

In the days preceding his death, Bourdain allegedly exchanged texts with Argento, who supposedly made it plain that she wasn’t a fan of the book.

Both were allegedly irritated when the other would post photos of themselves with another partner on social media.

Argento was later caught dancing with French journalist Hugo Clément at the Hotel de Russie in Rome, where she had stayed with Bourdain.

The couple was alleged to have fought, with him messaging her after viewing the photo, “I am okay. I am not spiteful. I am not jealous that you have been with another man. I do not own you. You are free. As I said. As I promised. As I truly meant. But you were careless. You were reckless with my heart. My life.”

The late TV personality was upset that “the tryst” took place in a hotel where they’d spent time together.

Argento responded, “I can’t take this,” before Bourdain asked, “Is there anything I can do?”

Argento and several of Bourdain’s relatives and friends, including his brother Christopher, have denounced the book.