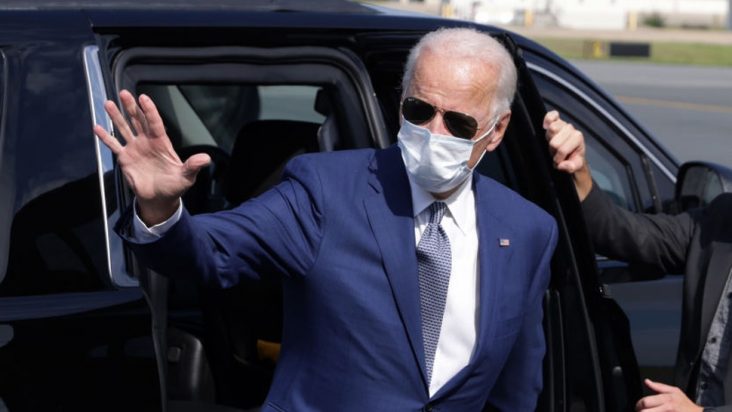 Speaking at the Delaware Museum of Natural History, Biden claims “Trump’s climate denial may not have caused these fires and record floods and record hurricanes, but if he gets a second term, these hellish events will continue to become more common.”

In his 25-minute outdoor speech, Biden took a page from Trump’s playbook by emphasizing the perils posed to America’s suburbs.

Biden also said that Trump “has no interest in meeting this moment. We know he won’t listen to the experts or treat this disaster with the urgency it demands. This is another crisis, another crisis he won’t take responsibility for. The West is literally on fire and he blames the people whose homes and communities are burning.”

If elected, Biden promised to “meet this moment with urgency and purpose. We can and we will solve the climate crisis.”

Trump addressed the media and repeatedly emphasized the need for forest management.

Trump spotlighted that there “has to be good forest management, which I’ve been talking about for three years. When trees fall down after a short period of time they become very dry – really like a matchstick… and they can explode. Also leaves. When you have dried leaves on the ground it’s just fuel for the fires,” the president emphasized.

And he stressed that “it’s a very important subject. You drop a cigarette on it, you come back an hour later and you have a forest fire.”

Biden had openly accused Trump of ignoring the scientists when it comes to climate change as well as combating the coronavirus pandemic.

Sen. Kamala Harris of California will return to her home state on Tuesday to meet with fire officials.