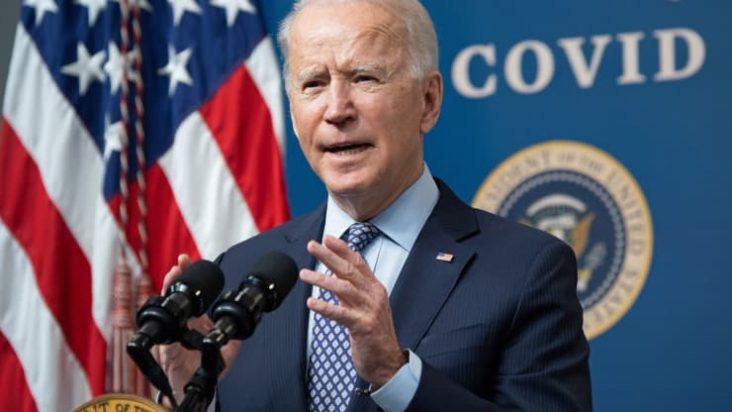 President Joe Biden on Thursday directed states to make all adult Americans eligible to receive coronavirus shots by no later than May 1.

In his first primetime address, Biden emphasized that his administration is on track to beat his promise to deliver 100 million COVID-19 vaccination shots by the 60th day of his presidency.

“When I came into office, you may recall I set a goal, and many of you said it was way over the top. I said I intended to get 100 million shots in people’s arms in my first 100 days in office. Tonight, I can say we’re not only going to meet that goal we’re gonna be beating that goal,” Biden continued. “We are actually on track to meet the goal of 100 million in arms on my 60th day in office.

“No other country in the world has done this. None.”

Biden noted that “Photos and videos from 2019 feel like they were taken in another era. The last vacation. The last birthday with friends. The last holiday with extended family. While it was different for everyone, we all lost something. A collective suffering. A collective sacrifice.

He continued that it was, “A year filled with the loss of life and the loss of living for all of us. But in the loss we saw how much there was to gain in appreciation, respect and gratitude, finding light in the darkness is a very American thing to do.”

Biden cautioned that “the fight is far from over” regarding the virus.

“My fellow Americans, you’re owed nothing less than the truth. And for all of you asking about when things will get back to normal, here is the truth. The only way to get our lives back, to get our economy back on track, is to beat the virus.”

The President stressed, “But this is one of the most complex operations we’ve ever undertaken as a nation in a long time. That’s why I’m putting every power I have as President of the United States to put us on a war footing to get the job done.