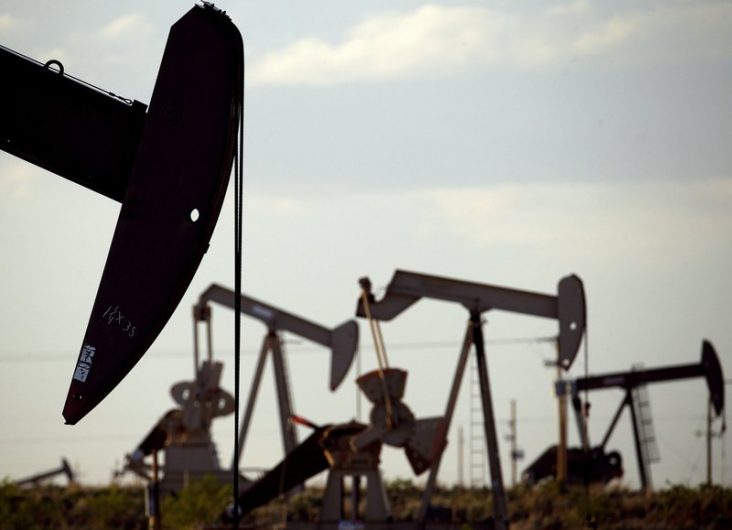 Pumpjacks work in a field near Lovington, N.M.

President Joe Biden is reportedly facing backlash left and right for canceling the Keystone XL pipeline on his first day in office.

Leaders of the government of Canada were not too happy with the decision, but President Biden is also being criticized at the home front.

Josh Senk, general manager of Michels Corporation said, “The recent actions of President Joe Biden, the Executive Order halting the construction of the Keystone pipeline has affected Michels, thousands of union trade members across the country, and hundreds of guys that specifically work in Wisconsin.”

Senk added that “hundreds of guys” have already been laid off.

According to reports, local leaders in New Mexico are very concerned about the impact the Executive Order would have on their state.

Carlsbad Mayor Dale Janway told the Associated Press, “During his inauguration, President Biden spoke about bringing our nation together. Eliminating drilling on public lands will cost thousands of New Mexicans their jobs and destroy what’s left of our state’s economy. How does that bring us together? Environmental efforts should be fair and well-researched, not knee-jerk mandates that just hurt an already impoverished state.”

Native American tribes are also reportedly angry at the decision to cancel the pipeline.

Luke Duncan, chairman of the Ute Indian Tribe Business Committee, sent a letter to the Biden administration, asking the President to amend his executive order.

“The Ute Indian Tribe of the Uintah and Ouray Reservation respectfully requests that you immediately amend Order No. 3395 to provide an exception for energy permits and approvals on Indian lands. The Ute Indian Tribe and other energy producing tribes rely on energy development to fund our governments and provide services to our members,” Duncan said.

He added, “Your order is a direct attack on our economy, sovereignty, and our right to self-determination. Indian lands are not federal public lands. Any action on our lands and interests can only be taken after effective tribal consultation.”

The Laborers’ International Union of North America (LIUNA) and the United Association of Union Plumbers and Pipefitters have also slammed Biden for canceling the pipeline.

LIUNA said that the decision would “kill thousands of good-paying UNION jobs!”