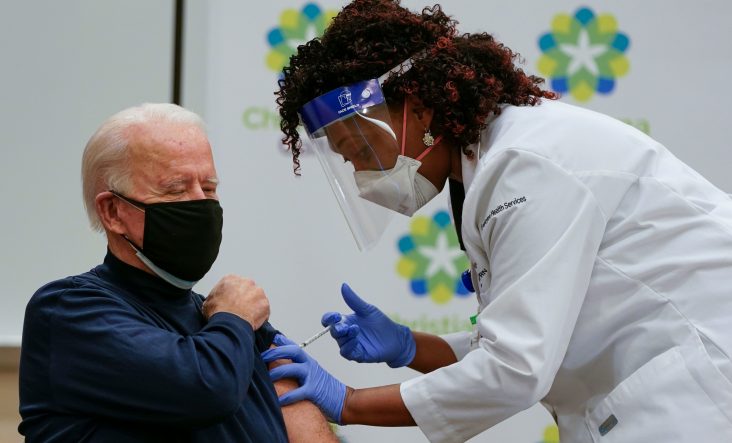 President Biden announced that he has signed for the delivery of an additional 200 doses of coronavirus vaccines. This brings the total United States supply to 600 million doses, that is equivalent to two doses for each American citizen.

The pharmaceutical companies are also stepping up with their production, with 100 million doses promised for June, to be delivered in advance in May.

The country will have enough doses by the end of July to inoculate all Americans. According to the Department of Health and Human Services, Pfizer received $2 billion for the additional doses, while Moderna received $1.65 billion. The additional doses are pre-ordered and would not be delivered immediately. These will serve as a backstop for when the initial deliveries are used up.

As part of the Trump administration’s efforts to address the pandemic, Operation Warp Speed initiated accelerated development of the coronavirus vaccine. However, there was inadequate provisions to bring the vaccines to the local authorities and immunize the people.

The previous administration has been criticized for not working out any plans and no coordination between local and federal governments, leading to a failure in delivery of the vaccines. The immunization started slowly and has now reached 1.5 million a day.

Besides Pfizer and Moderna rolling out their vaccines, Janssen Pharmaceuticals is now at stage 3 testing and about to be reviewed by the Food and Drug Administration.

The Johnson and Johnson company has come up with a single dose vaccine, unlike the double doses from Pfizer and Moderna. In addition, the Janssen vaccine can be stored at -4 degrees Fahrenheit, and good for two years. It can also be stored for three months in standard refrigerators at 36 to 46 degrees.