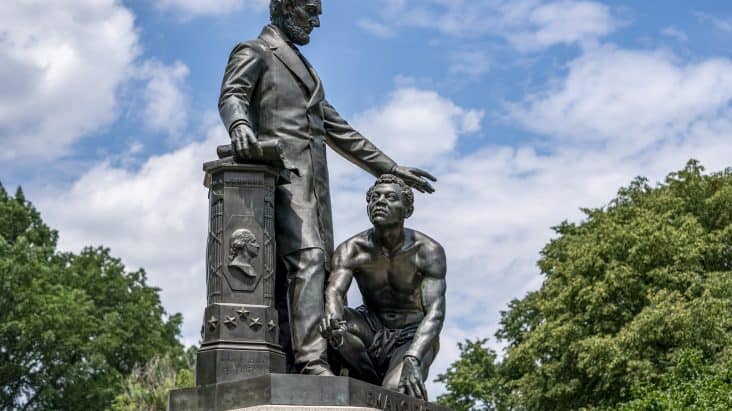 Throngs of black Americans gathered in front of the Lincoln Emancipation Memorial in Washington, D.C., on Friday to protect it from vandals and extremists. The crowd was ready to defend the statue no matter what it takes.

The development came after protesters called for the removal of the Washington statue as well as its replica in Boston. Angry netizens demanded that the statue be torn down because it depicted subservience instead of freedom.

Boston’s Art Commission is holding public meetings before deciding on what to do about their copy of the famous monument.

The Lincoln Emancipation statue was created in 1876 to celebrate the liberation of black Americans and the end of slavery.

"I have made it my mission to protect that statue. We need light and not hate."

Marcia Cole of FREED stands among protestors defending the Emancipation Memorial despite heckling from the crowd.pic.twitter.com/yuja5N2poA

“So, I have made my mission to protect that statue,” one woman said. “Why not put a sign there that says why it’s there. Our Jewish brothers and sisters around the world have monuments to the Holocaust. In Germany, they even having existing concentration camps for [people] to come in and see. This means that they cannot deny what happened because there are Holocaust deniers.”

The new order gives more teeth to existing laws against the desecration of public monuments, vandalism of government property, and recent acts of violence.