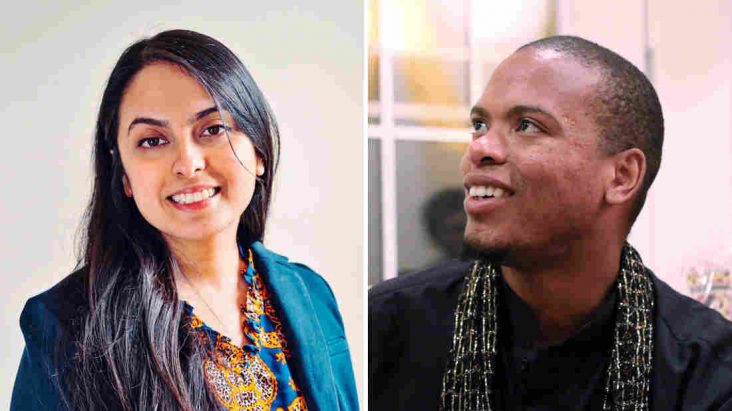 Urooj Rahman and Colinford Mattis, both lawyers, are facing federal charges for allegedly throwing a Molotov cocktail into an empty police car.

Two lawyers and Black Lives Matter protesters who hit the streets of Brooklyn after the death of George Floyd, are facing up to life in prison for allegedly setting a police vehicle on fire  via Molotov cocktail.

The National Review reported that Colinford Mattis and Urooj Rahman face “seven federal charges, including arson, conspiracy, and the commission of a ‘crime of violence’ employing what the law defines as a ‘destructive device.’”

The charge concerning a “destructive device means that if they are convicted they will have to automatically serve a sentence that is three times longer than if they had used a gun: a mandatory minimum term of 30 years. With the other charges thrown in, each is looking at the possibility of ‘non-negotiable’ sentences of 45 years to life in prison.”

On Wednesday, The Daily Beast called the case against Mattis and Rahman a crackdown from the Trump administration on “Black Lives Matter protesters.”

“Because the incident involved an explosive device, a specialized unit of NYPD officers and FBI agents, called the Joint Terrorism Task Force — formed in 1980 to root out threats to national security — spearheaded the investigation. Within hours of the arrest, before Brooklyn prosecutors had even begun writing up charges, FBI agent Kyle Johnson submitted a criminal complaint in federal court, and federal prosecutors informed local authorities that the US attorney’s office for the Eastern District of New York was taking over the case,” the article said.

The Daily Beast noted, “No one knew it at the time, but this was one of the early moves in a widening federal crackdown against Black Lives Matter protesters across the country.”

Mattis and Rahman “were caught on camera throwing a Molotov cocktail into an empty, already-vandalized NYPD patrol car in Brooklyn” in May during a violent demonstration surrounding the death of George Floyd.

Reports said, “After setting the vehicle on fire in full of view of the cops, they drove away in Mattis’s van and were quickly chased down and arrested. In their possession, officers found yet another Bud Light bottle turned into a homemade incendiary device and the makings of more in the back seat. Prosecutors later said Rahman had offered Molotov cocktails to other protesters, as well.”

“In addition to the police video of the firebombing itself, a photographer actually snapped a picture of Rahman, a 31-year-old attorney for Bronx Legal Services, leaning out of the window of the car holding an unlit Molotov cocktail,” it added.