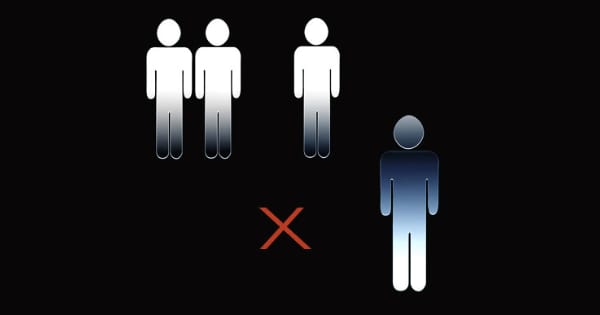 Some friends tip the scales mostly in their favor and leave you feeling emotionally exhausted. Toxic friendships not only test your patience, but also jeopardize your mental health. If your friendship has these warning signs, it might be time to pull the plug.

#1. They have something bad to say about everybody.

The constant stream of negativity just sucks the life out of you. It gives you anxiety knowing she might be talking about you behind your back the same way she’s trashing your other friends when they’re not around.

#2. Flaking out is listed in their resume under “special skills”.

It’s not the first (or tenth) time you’ve waited at a restaurant only to hear your friend couldn’t make it, again. Excuses range from “I had to babysit my 12-year-old niece” to “my car won’t start”. Then you see them tagged in other people’s photos on Facebook at the same time you were supposed to meet.

#3. They are hardly ever supportive.

They never regard your achievements and interests as important. You feel as if they make it their life goal to take you down a peg or two every time you get a boost up.

#4. They are either jealous or possessive. Or worse, both.

People who are insecure about their own self-worth are threatened by the success of others. Because of this, they undermine your accomplishments and always try to one-up you.

#5. You have a long-standing suspicion that your friend might be morally bankrupt.

Some people are just bad apples. Don’t let them ruin the rest of the apples in the basket.

#6. Most of your conversations revolve around their life.

No matter what the topic of the conversation, they will find a way to make it about themselves. “That’s so sad for you, I actually had a similar experience — did I ever tell you about the time when…”

#7. You suffer from friendship whiplash.

You guys fight. Then you’re back to being friends. Then you have a spat over something trivial. Then suddenly you’re talking again. It’s exhausting.

#8. They have betrayed your trust on more than one occasion.

Little white lies are NBD, but what if it goes too far? When a friend spouts more fiction than fact, it’s difficult to believe anything they say.

#9. Emotional blackmail is their weapon of choice.

Bring on the waterworks. This friend knows that manipulating people’s feelings gets her what she wants, so she pulls out this card every time you tell her no.

#10. They have perfected the art of the underhanded insult.

“Oh, I love that you don’t really care what other people think about you,” or “My boobs were too big for that blouse, but I’m pretty sure it would fit you just fine,” are actual words that have come out of their mouth.

You friend takes the word “clingy” to a whole new level. They rely on you for emotional support, but if their dependency spills over to financial territory (i.e. “Can you please pay my rent for six months while I look for a job”), then it’s no longer healthy. There’s a difference between leaning on someone for support and using them as a crutch.

#12. They demand that you be there for them 24/7 but are always “unavailable” when you need them.

When they’re in a jam, you come to their rescue. But when you ask for a helping hand, they’re nowhere to be found.

Your new friends are never “good enough” for her, so she never takes the time to know them. When you can’t meet up with them because you already made plans with someone else, they go full-on Mean Girls mode and say things like, “So you’re choosing her over me, is that it?” or “You could do so much better.”

They have a Dr. Jekyll and Mr. Hyde personality. And usually, if they’re mad at something, all of that hate is going to be radiating out of them and towards you.

#15. Once they have a new significant other, it’s out the door with you.

You sometimes feel like a detachable limb. Before the “official” Facebook status change, you saw each other multiple times a week — now you barely even get a text from them. You deserve someone who doesn’t discard you like an old rag just because they have hot new arm candy to parade around.