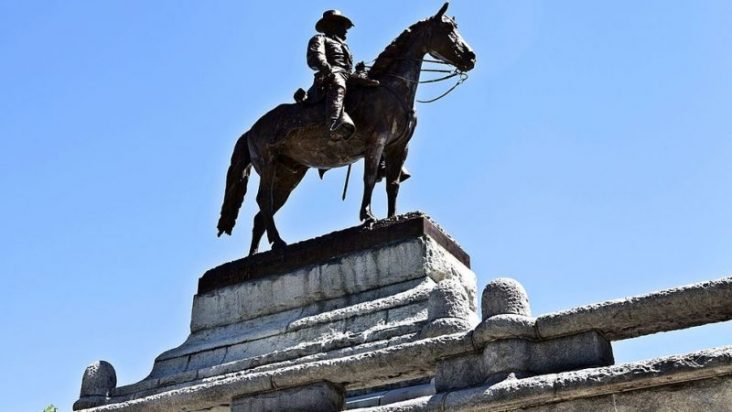 The announcement marks the conclusion of the “Chicago Monuments Project,” which began last summer after vandals attempted to vandalize Christopher Columbus’s statue in Chicago’s Grant Park.

According to reports, the project reviewed 500 of the city’s public monuments “with an eye toward identifying those that are offensive, problematic, or not representative of [the] city’s values of equity and justice.”

However, the commission pared down its list of 500 statues, plaques, markers, and murals, to just 41 potentially “offensive” works of art and is now inviting the public to comment on whether they feel the items should be removed.

Chicago residents can register online to join a series of public discussions on the issue, starting next Tuesday.

However, the city did not say how the feedback will be used in regards to existing monuments. Some have said art that honors racist figures should be removed, but others, including Mayor Lori Lightfoot, have been hesitant to commit to taking down such work.

“But feedback will be used to ‘erect a series of new monuments that equitably acknowledge Chicago’s shared history,” according to the city.