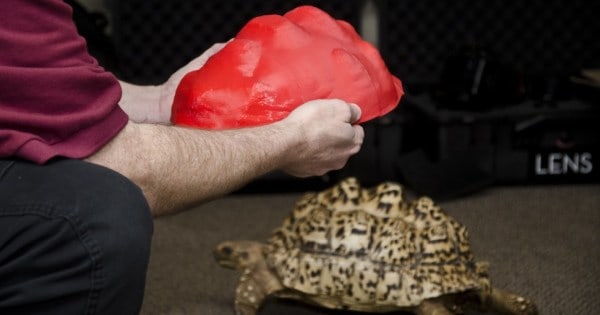 Here’s Cleopatra, a leopard tortoise with pyramids on her shell. 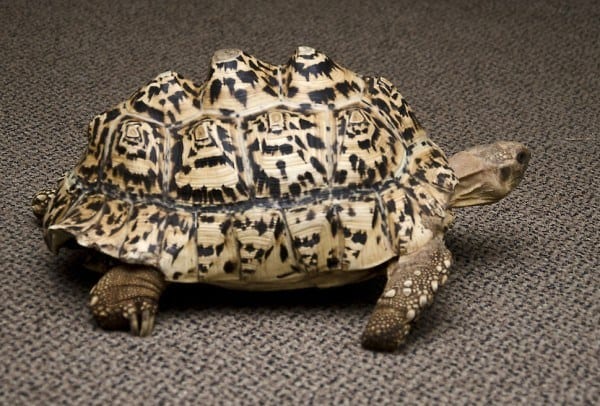 If you’ve ever seen a tortoise, you’ll probably notice something different about this one — how about the fact that its shell forms peaks?

Though the little pyramids on Cleopatra’s shell may look unique, they actually give her some problems. If she winds up on her back, the shell makes it difficult for her to get back right side up. The raised sections on her shell also make it hard for her to interact with other tortoises who need to climb on top for playing and mating.

Thankfully, a Colorado Technical University student and U.S. Air Force veteran, Roger Henry, helped Cleopatra out in a big way by giving her a new shell. 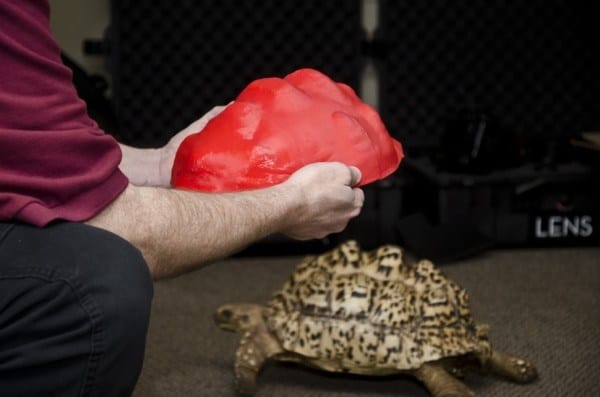 Henry spent about 600 hundred hours making sure the necessary software for the print and design was perfect. 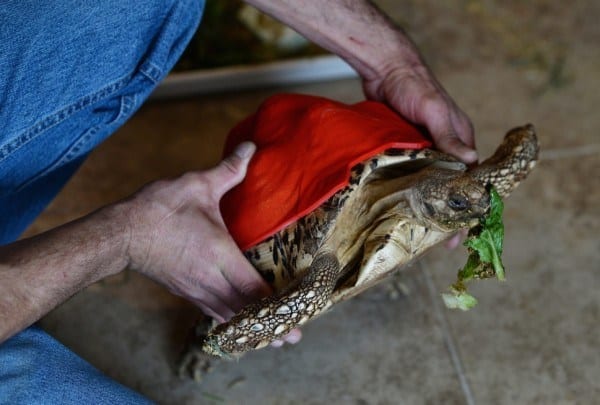 He mentioned that one of the challenges of designing the shell was making sure that it “drape[d] like a piece of cloth” over her ridged back. 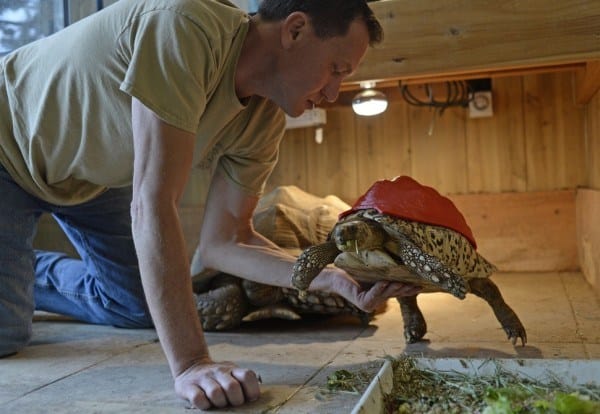 Since Cleopatra’s shell was so worn out with holes, it really needed to fit perfectly. 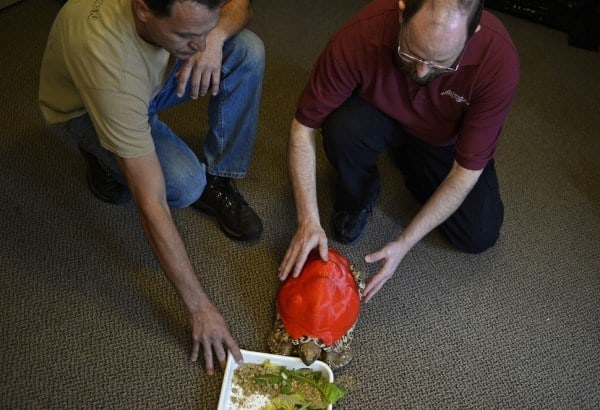 And fit perfectly it did. With the holes no longer exposed, she is less prone to infections and bacterial buildup. 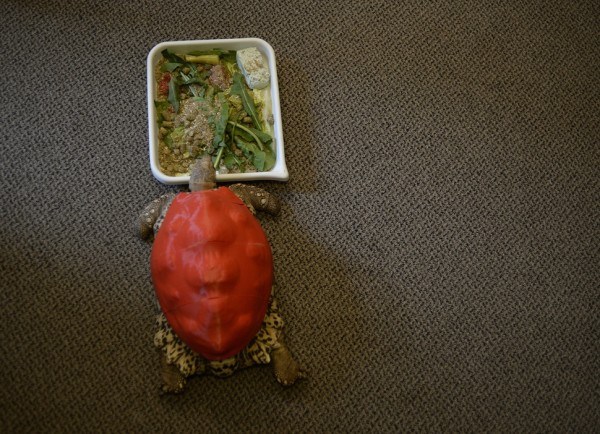 Cleopatra was found by Nico Novelli and his team at Canyon Critters. She was malnourished and in a poor state, which is why they hope her shell will heal over the next few years through a proper diet. Her new shell might not be a permanent solution, but it’s one that will definitely help in the long run. So for now, she wears her red shell. 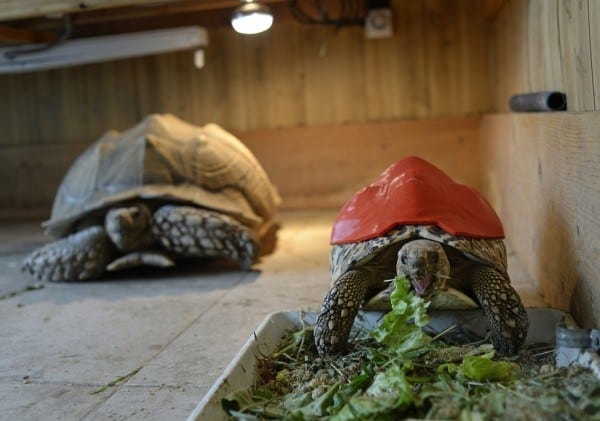