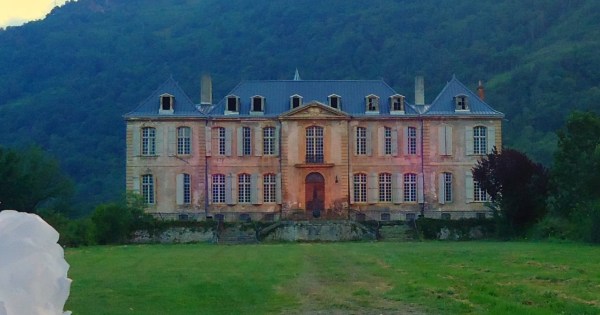 Nowadays, there are a number of blogs a person can turn to for home improvement and DIY inspiration.

But what about those of us that live in an 18th century neoclassical French chateau?

Karina and Craig Waters are an Aussie couple documenting the renovation of Chateau de Gudanes, a fairytale mansion in the Midi-Pyrénées that they bought — almost by accident. Originally, the husband and wife set out in search of a small farmhouse in the French countryside. But after a round of exhaustive house-hunting, they were about ready to give up. As luck would have it, their son found an abandoned chateau on the internet. After driving 500 miles to view the property, they found themselves standing in front of a decaying relic of a building — and instantly fell in love. 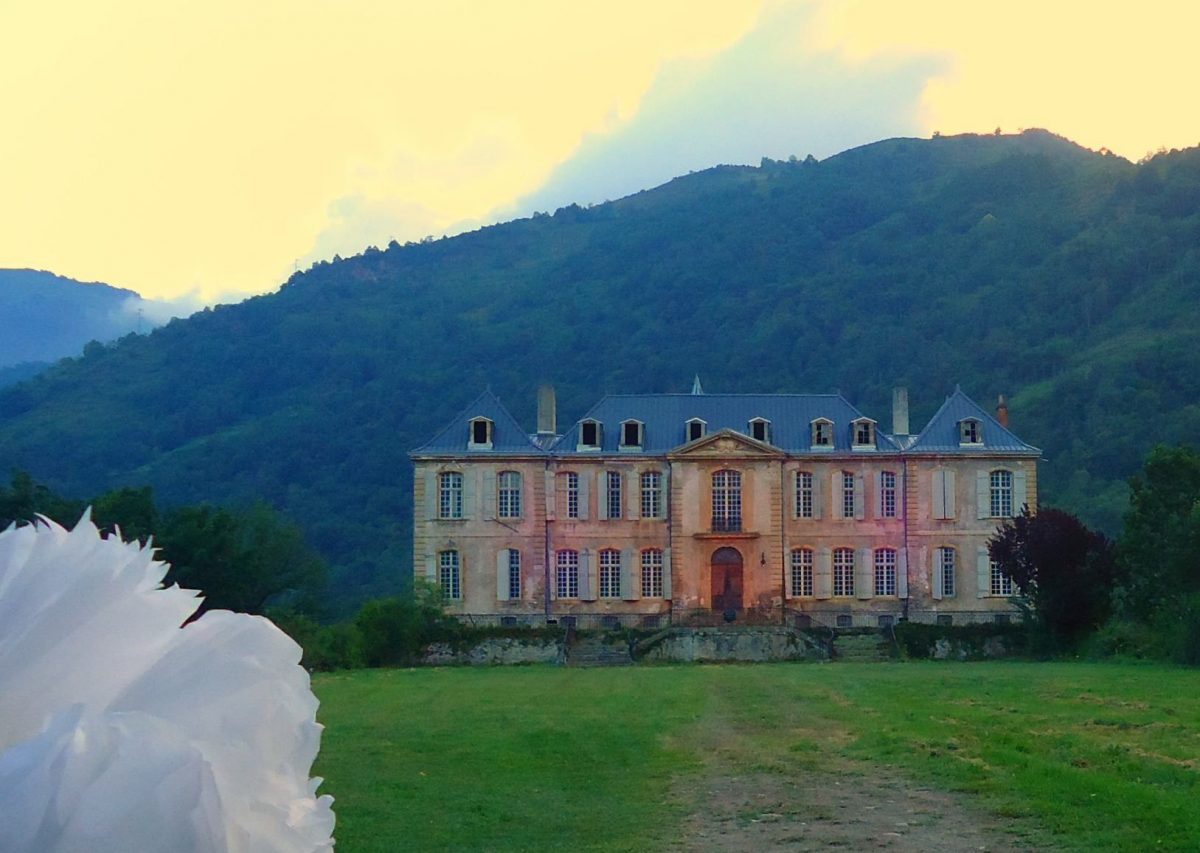 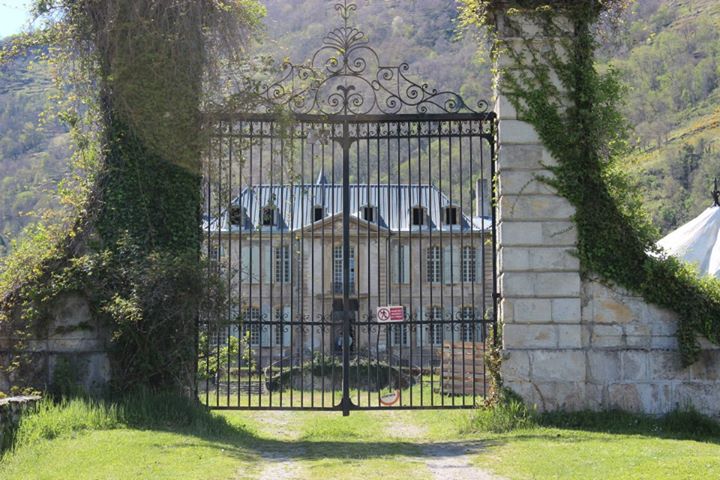 So how does one go about starting this mammoth of a project? Well of course, just like any other 18th century chateau owner would do, they first sought permits from the French authorities. The previous owners of the mansion, a foreign investment company, initially wanted to convert the 96-room estate into a luxury apartment. Thankfully, they were denied the building permission to do so. 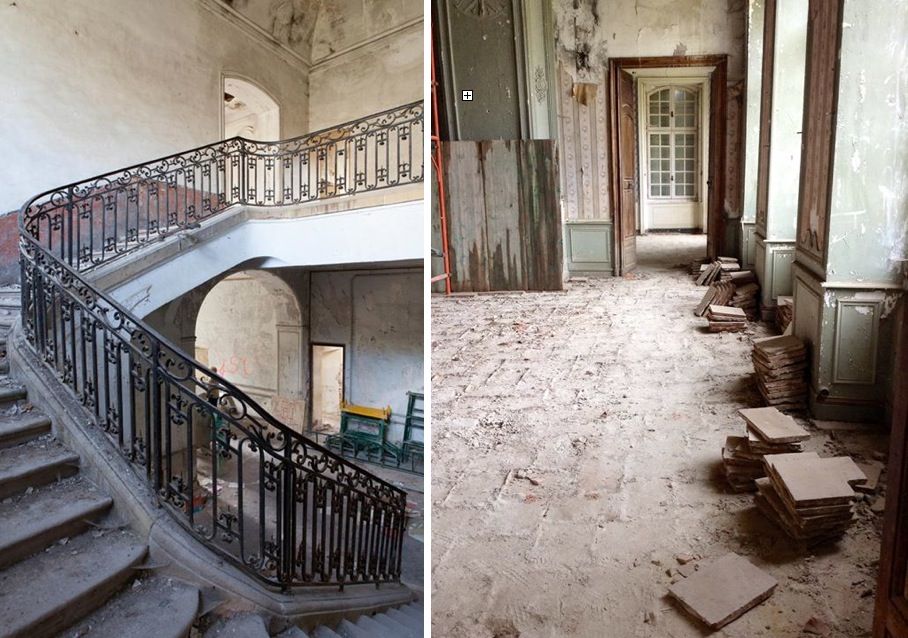 The couple, however, wanted to restore the chateau to its former glory and maintain as much of its original materials as possible. So after they were finally granted the restoration permits, they set to work. Despite having no previous experience, Karina herself spearheaded the renovation work for this historical monument, digging through the rubble with her bare hands. 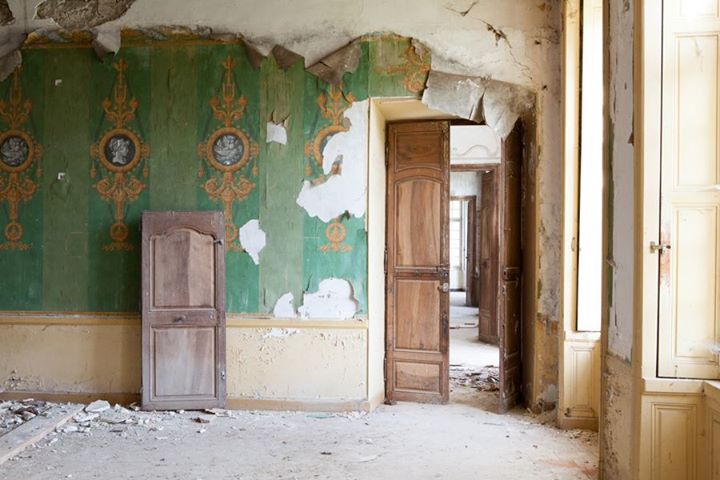 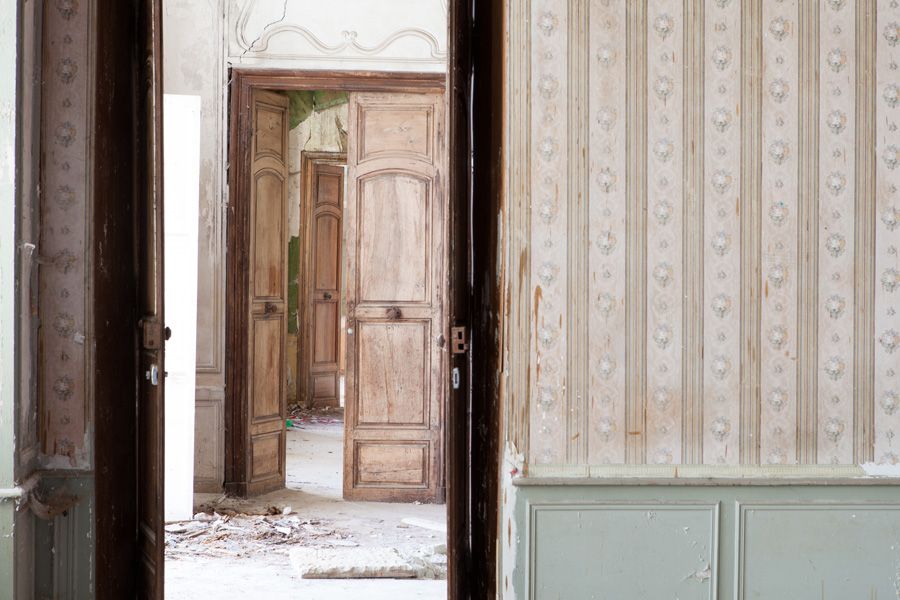 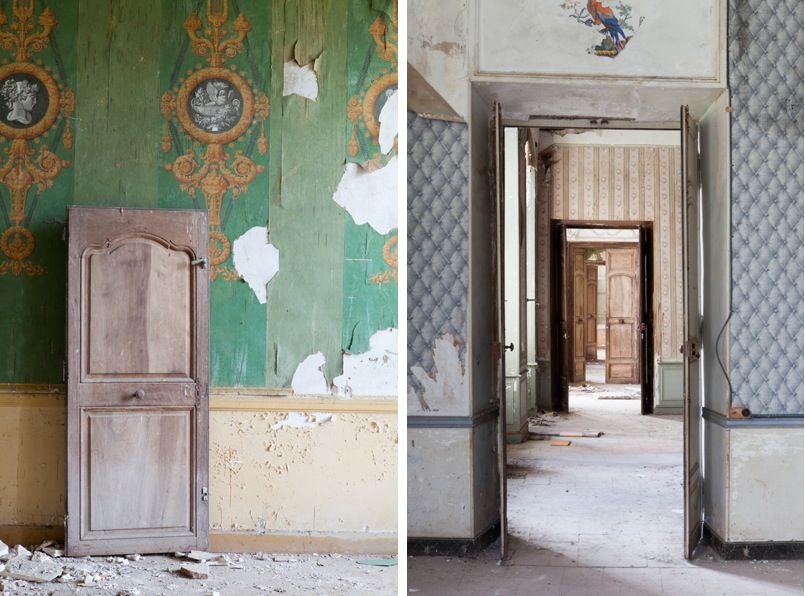 These cobwebby staircases and crumbling walls were once owned by the Marquis Louis Gaspard de Sales, who commissioned the Parisian architect known for his Petit Trianon in the Palace of Versailles, Ange-Jacques Gabriel. It was an abode meant to host lavish parties for celebrities such as Voltaire and the crème de la crème of French nobility. During the French revolution, the estate was spared and was later purchased by a local family. 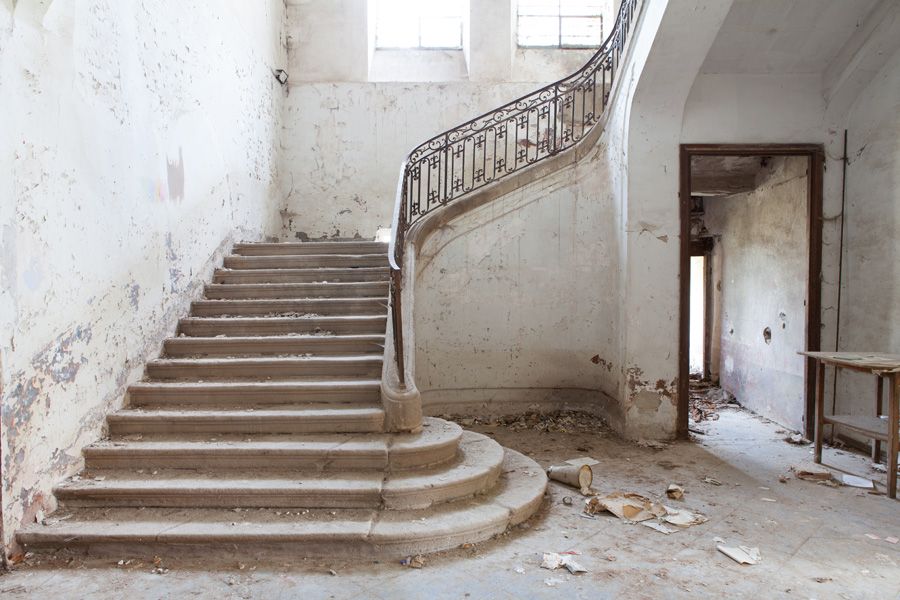 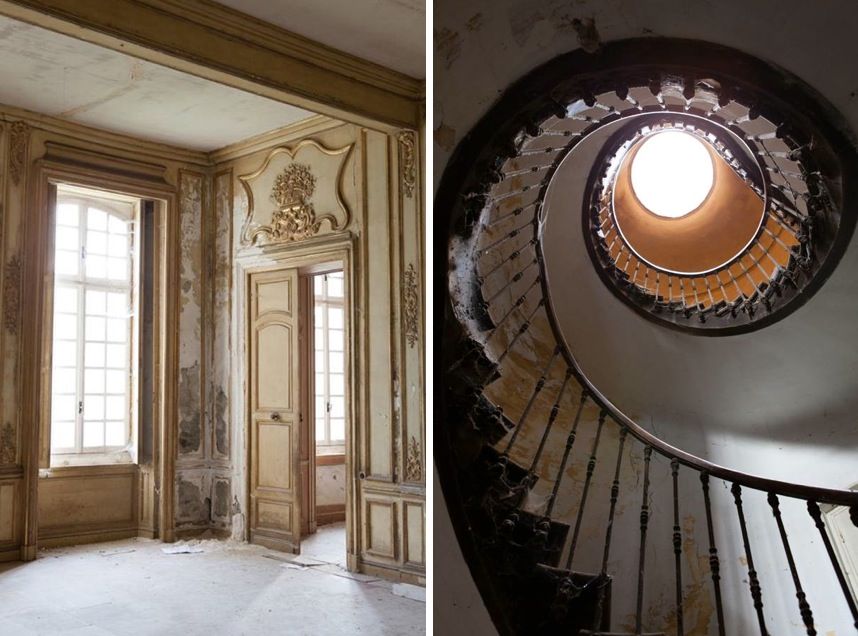 Now, in the hands of its new family, this sleeping beauty is getting the special VIP treatment — and Karina is generously sharing their journey with a global community that’s rooting for them. The chateau’s official blog is regularly updated with pictures of their progress, speckled with Karina’s insights on living as an expat in a rural French village. 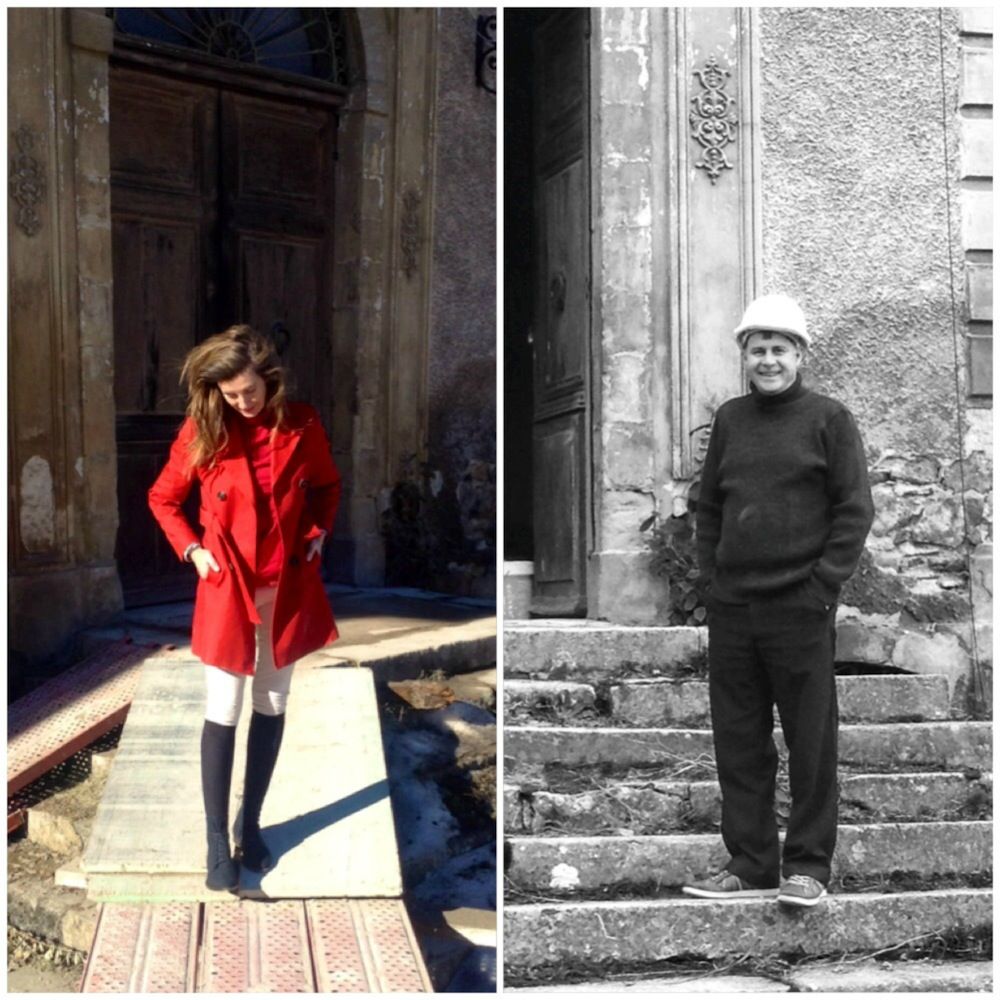 The 11,000-square-foot estate, built in the 1740’s, holds a lot of surprises up its sleeve, in its gallows, and within every dusty crevice. 13th-century paintwork covers the walls and ceiling beams. When workers throw away rubbish to a pile in the front lawn, Karina rummages through them for anything that can be recycled. 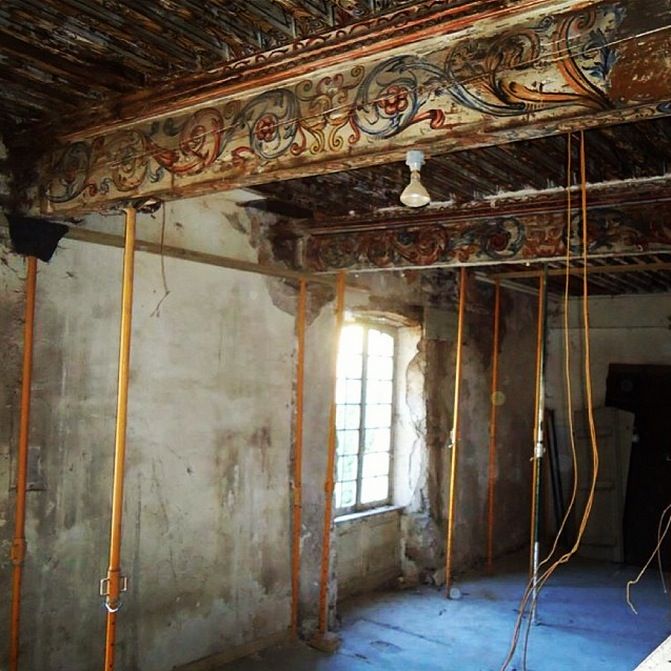 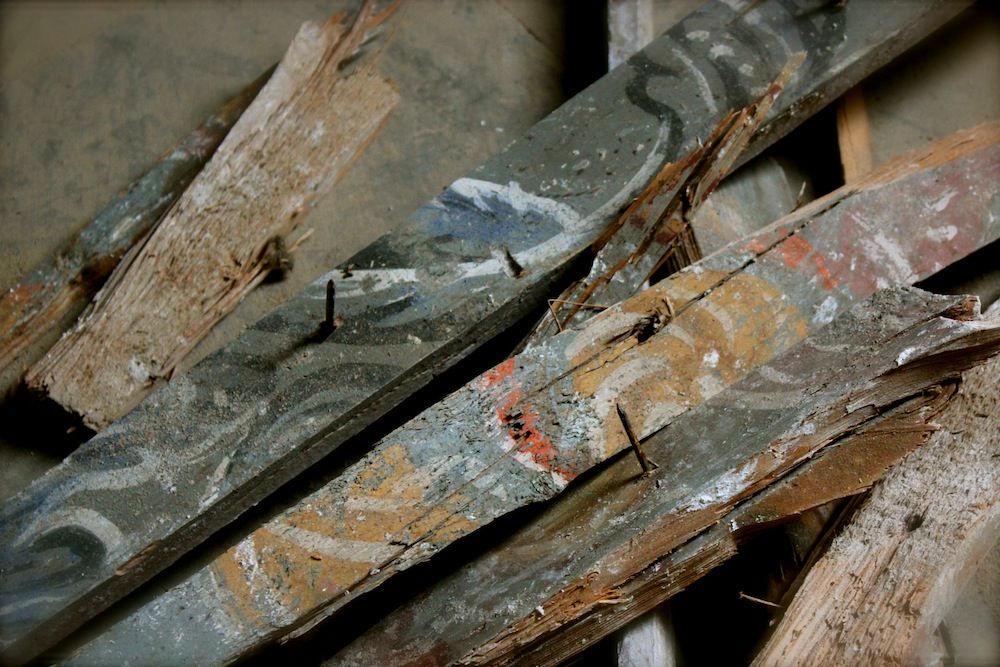 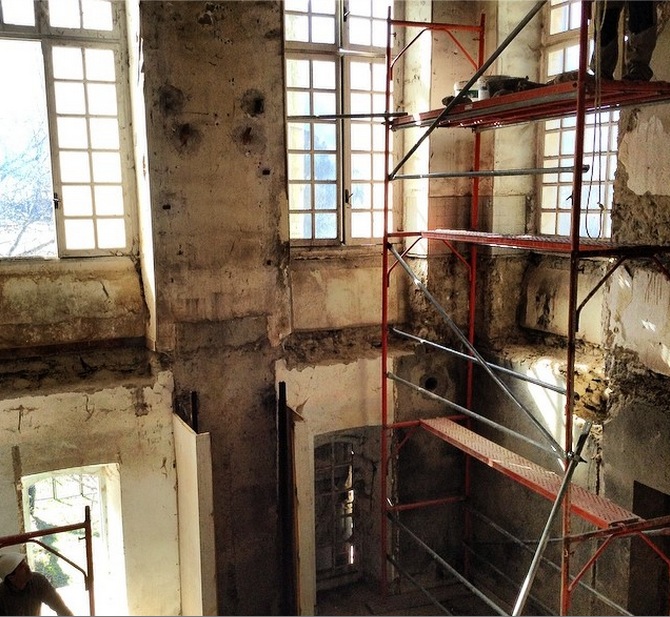 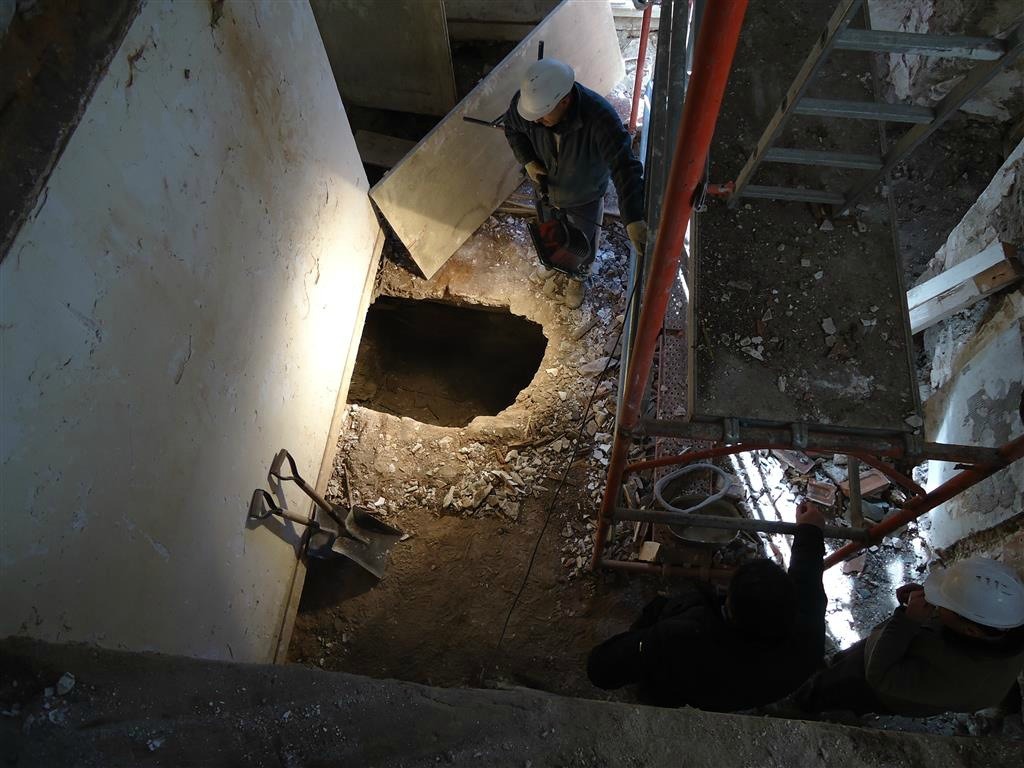 Not just any hole, mind you, but one that has a vaulted ceiling. Builders will need to excavate this new discovery to see where it leads. 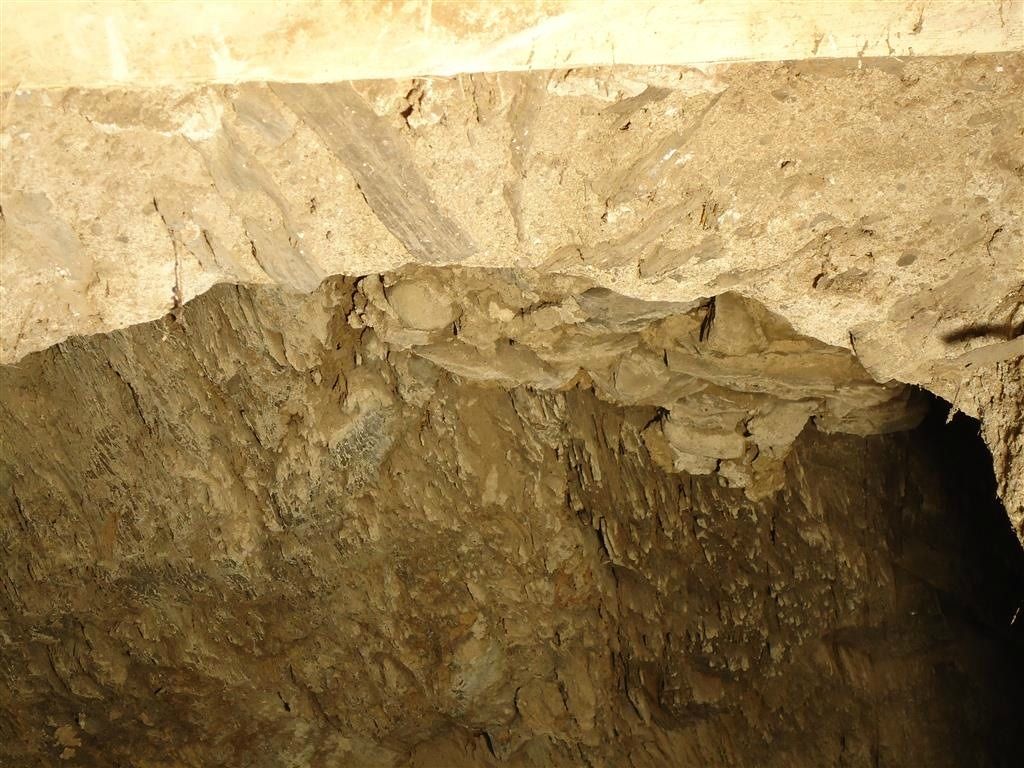 Lots of new surprises greet Karina at every turn… 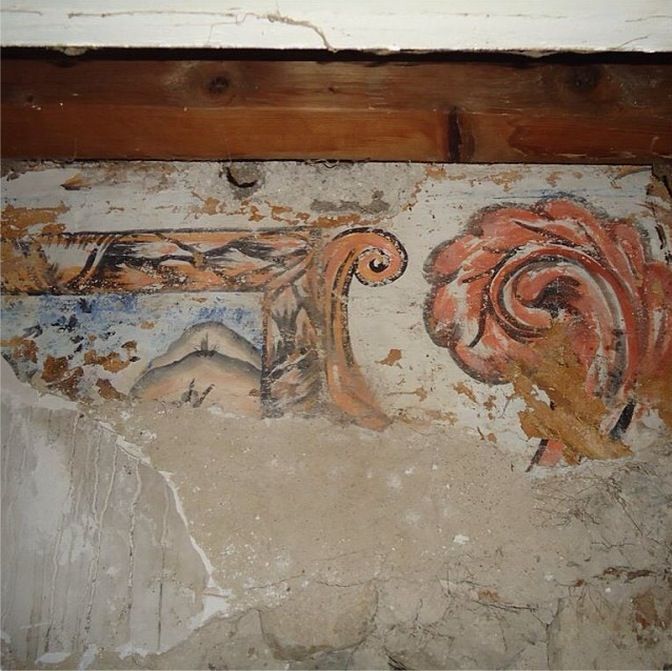 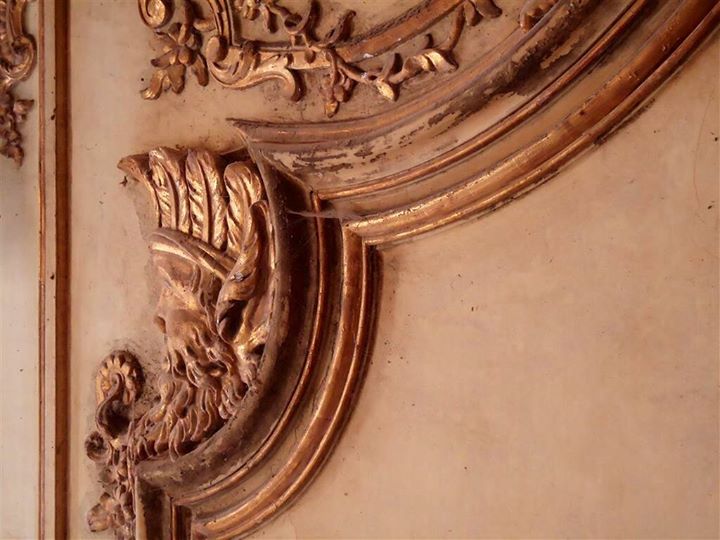 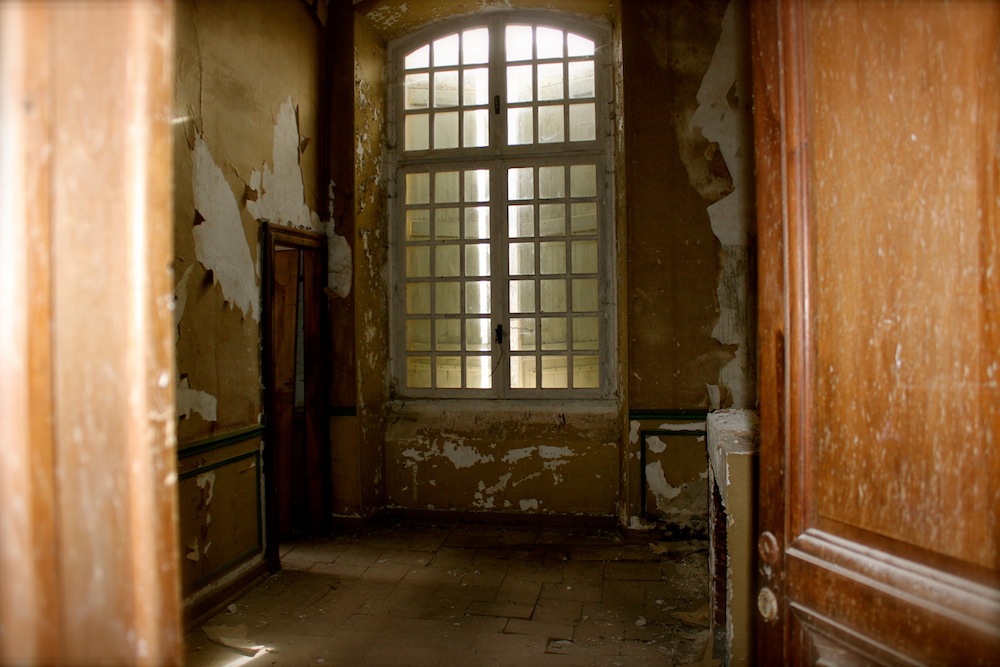 …which she then lovingly and proudly shares with the world. 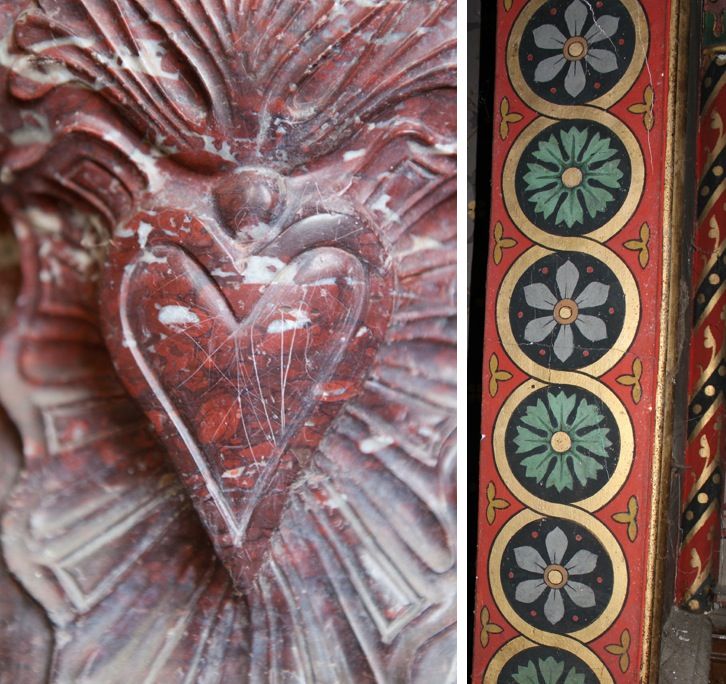 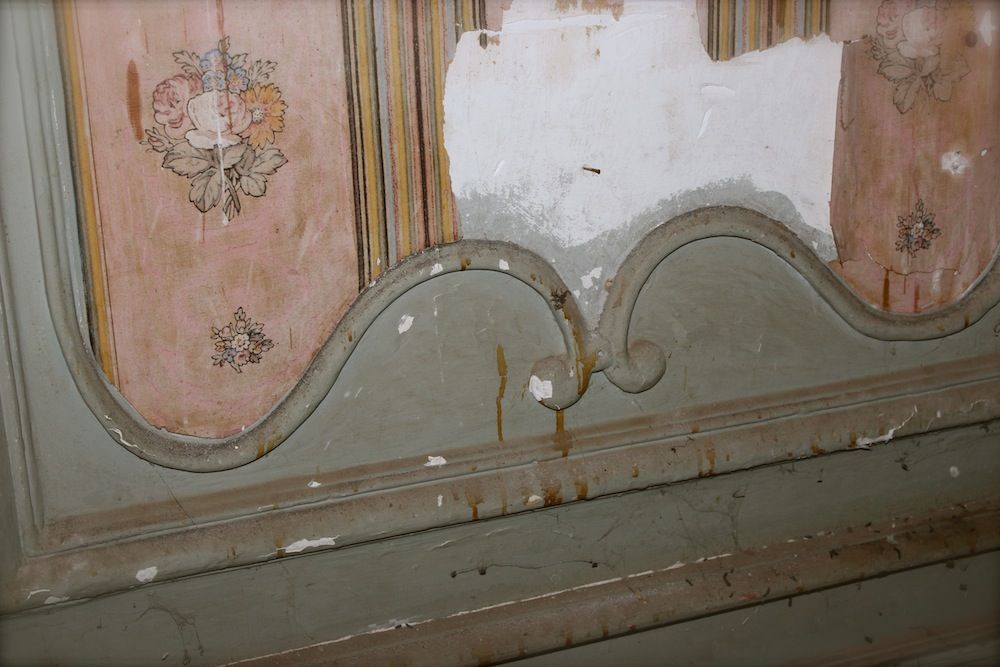 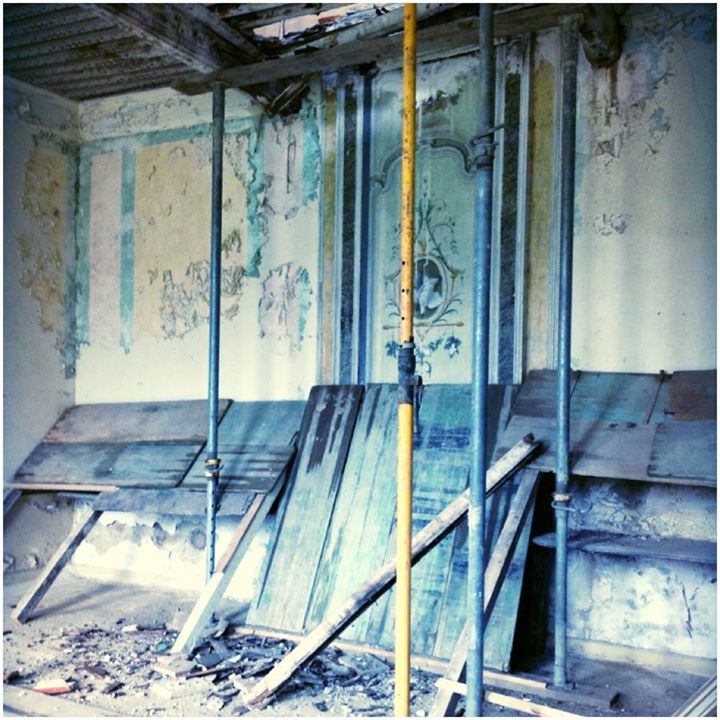 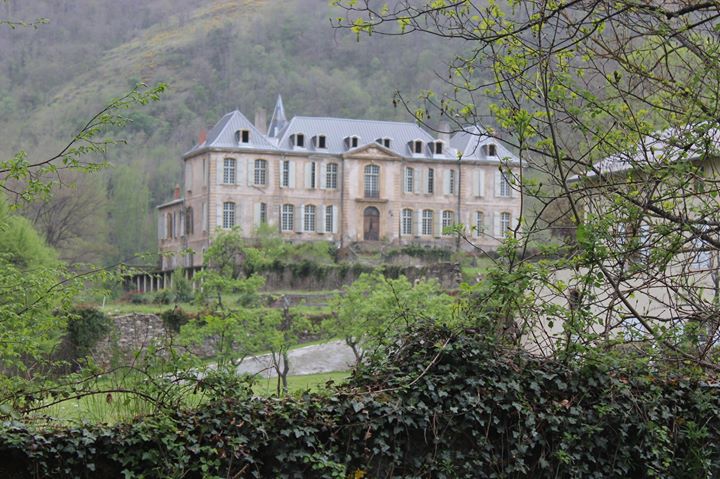 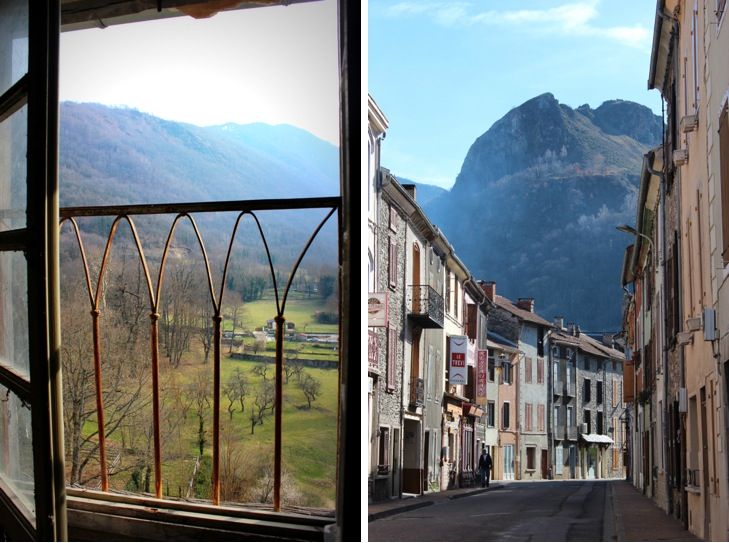 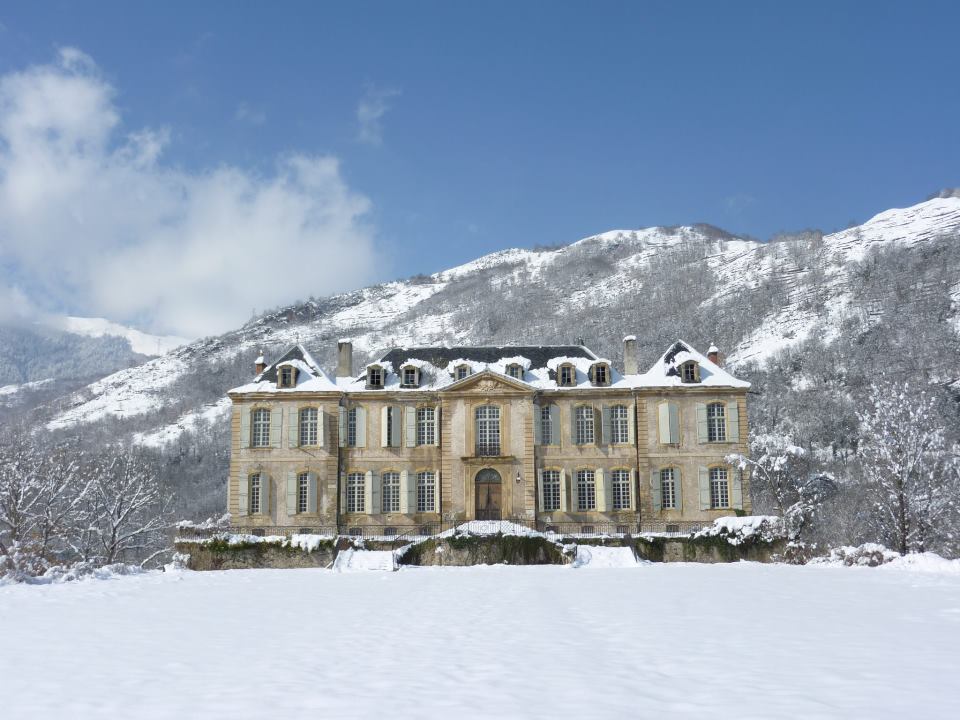 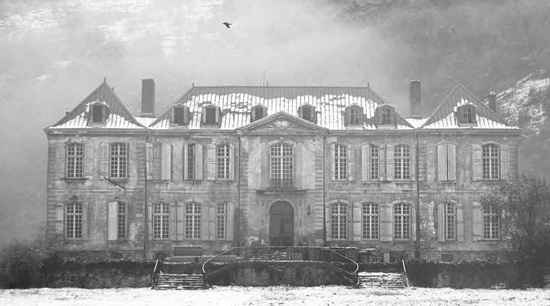 For those people who happen to like the idea of restoring an abandoned French chateau — or, you know, for the rest of us who are just looking for an idea or two for our own homes — de Gudanes’ reawakening can be the perfect source of inspiration. You can follow their progress on their Facebook page and website.