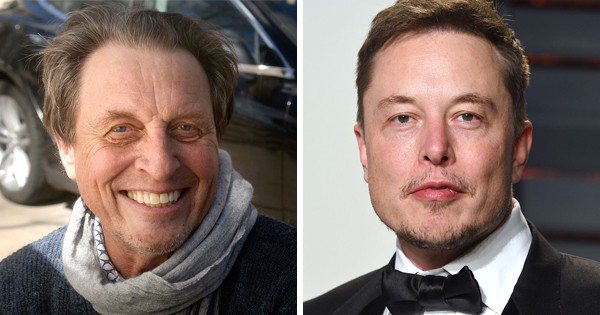 Everyone knows who Elon Musk is, but not much can be said about his family.

Errol Musk recently had a baby with his own stepdaughter, and even said it was ‘God’s plan’ for the two of them to fall in love.

72-year-old Musk Sr. described the 10-month-old baby boy he had with his 30-year-old stepdaughter, Jana Bezuidenhout, as ‘exquisite.’

Errol and Heide had two children together, then divorced 18 years later.

Errol said that he does not consider Jana to be his stepdaughter because she was raised away from the family for most of her life.

Jana battled a drug addiction for most of her life and was forced to bring up her first child, Emily, on her own.

Errol shared that Jana contacted him last year after she broke up with her then-boyfriend.

Errol said he did ‘everything in his power’ to help her.

“We were lonely, lost people. One thing led to another—you can call it God’s plan or nature’s plan. Jana is a delightful girl and a wonderful mother. She said I had changed her life.”

After Jana got in touch with Errol to tell him that she was pregnant, he assumed that the ex-boyfriend was the father. Jana insisted on a DNA test which proved Errol’s paternity.

While he and Jana are happy with the news, the rest of their family do not share the same feelings.

Elon once described his father as ‘evil’ and a ‘terrible human being.’

The two are said to have not spoken for almost two years.

Errol said he first told his daughter, Ali, about him and Jana.

“I thought she would be supportive and understanding,” he shared. “She said I was insane, mentally ill. She told the others and they went berserk.”

Though Errol does not live with Jana, he helps support her and their son, Elliot.