Even if you don’t have a sweet tooth, there’s always some form of sweetener in almost everything we consume. Some are of course better than others, and that’s what we’re here to share. This list breaks down the most common sugars and substitutes, both bad and good.

Here are 5 sweeteners we all need to avoid, plus 5 healthy alternatives. 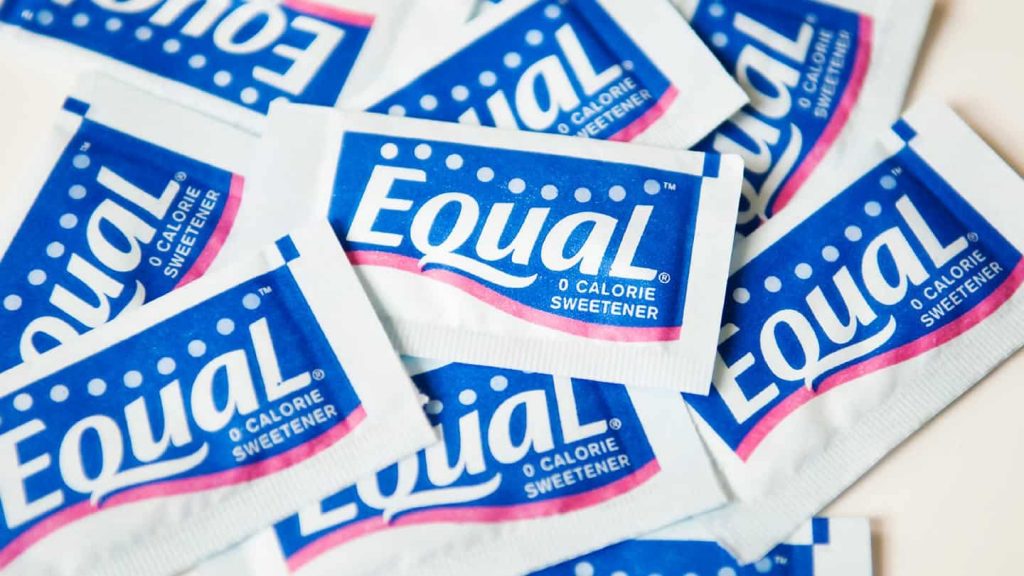 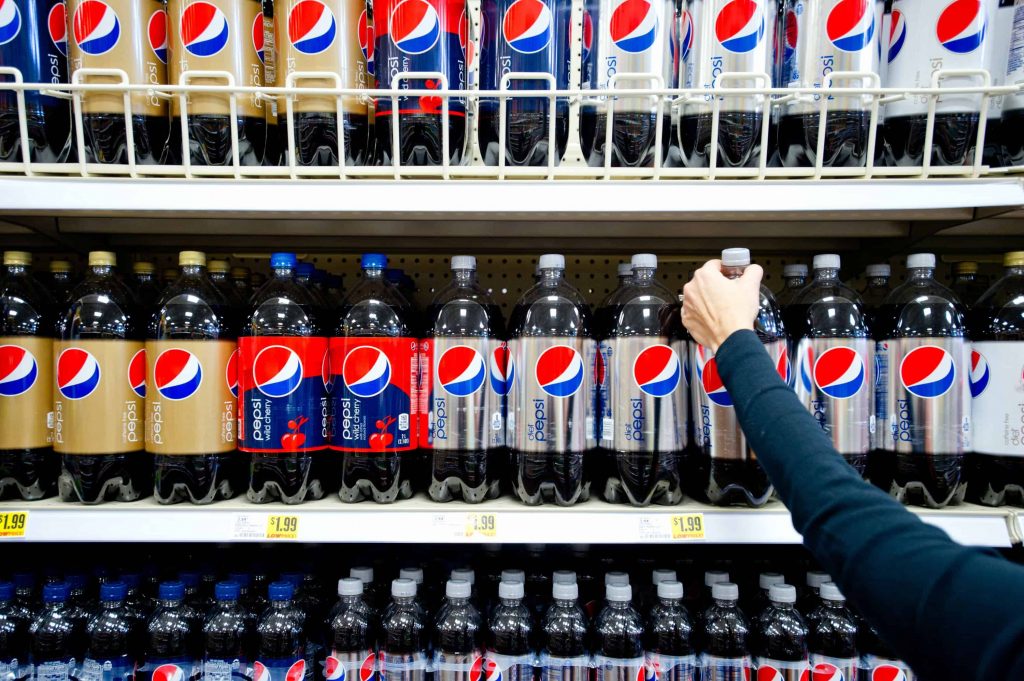 Many of us turn to low-calorie or zero-sugar sweeteners in trying to reduce our sugar intake. Whether it’s to lose weight or simply to improve one’s diet, artificial sweeteners can be very tempting because you get the sweetness without the calories.

Aspartame is known to be the scariest among all the other sweeteners, artificial or otherwise. When consumed too much, studies have shown its side effects can be as mild as an allergy to as serious as premature births, liver damage, and even cancer. According to aspartame expert, Dr.Hull, there are over 92 different health symptoms associated with aspartame consumption. 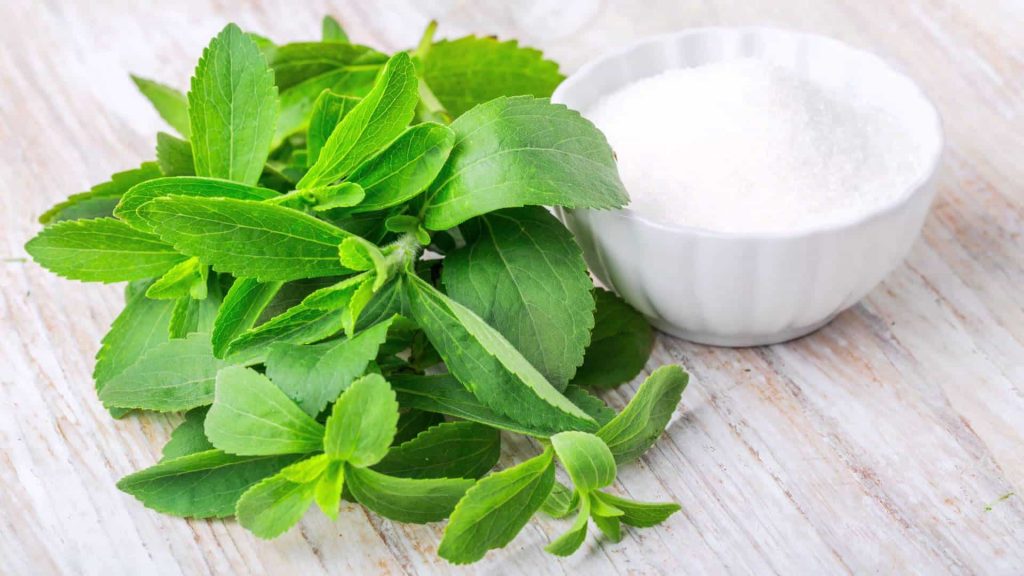 Stevia sweeteners are made from an herbal plant variety called Stevia Rebaudiana. It is a natural zero-calorie sweetener that’s native to South America and is about 100x sweeter than refined sugar. Nowadays, you’ll find stevia in powder, liquid, or even tablet form. Even though it is technically a plant, don’t expect to see it in leaf form at the grocery store.

It is one of the very few sweeteners that aren’t just safe, but it comes with actual health benefits as well. Stevia is known for its two greatest health benefits: lowering both blood sugar and blood pressure levels. A compound in Stevia called Stevioside was found in a study to improve insulin functions, resulting in lower blood sugar levels.

When choosing a brand, make sure to get one that is organic and has no unnatural additives. When using stevia as a sugar substitute for baking, make sure to adjust your measurements as even just a tiny amount packs a sweet punch. 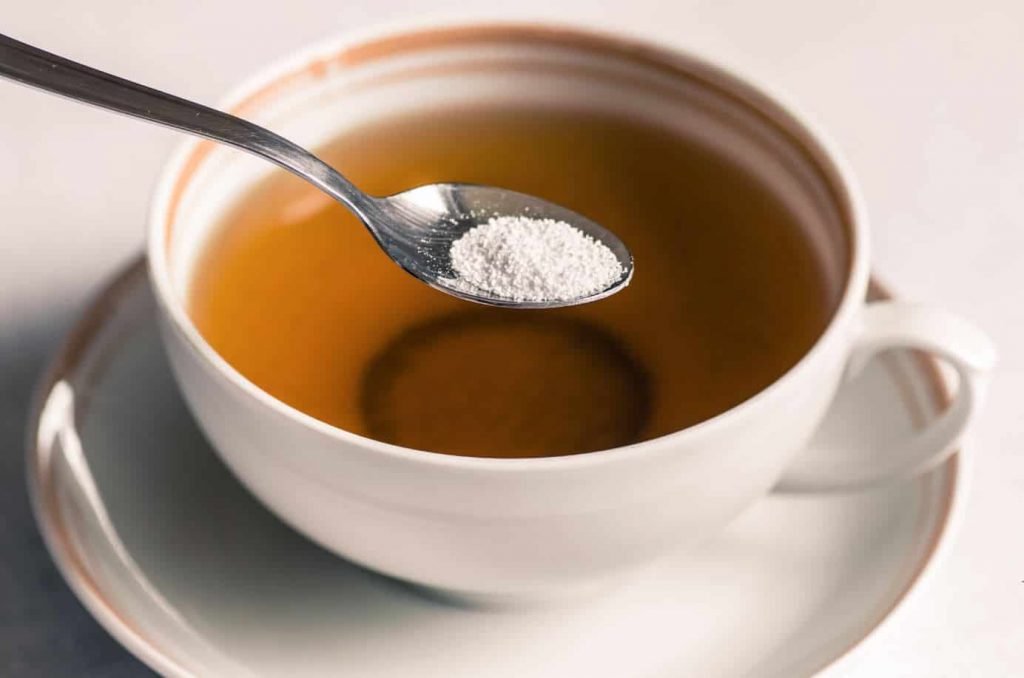 A fact that most people don’t know is that sucralose is actually just made of sugar, but with a longer chemical process. 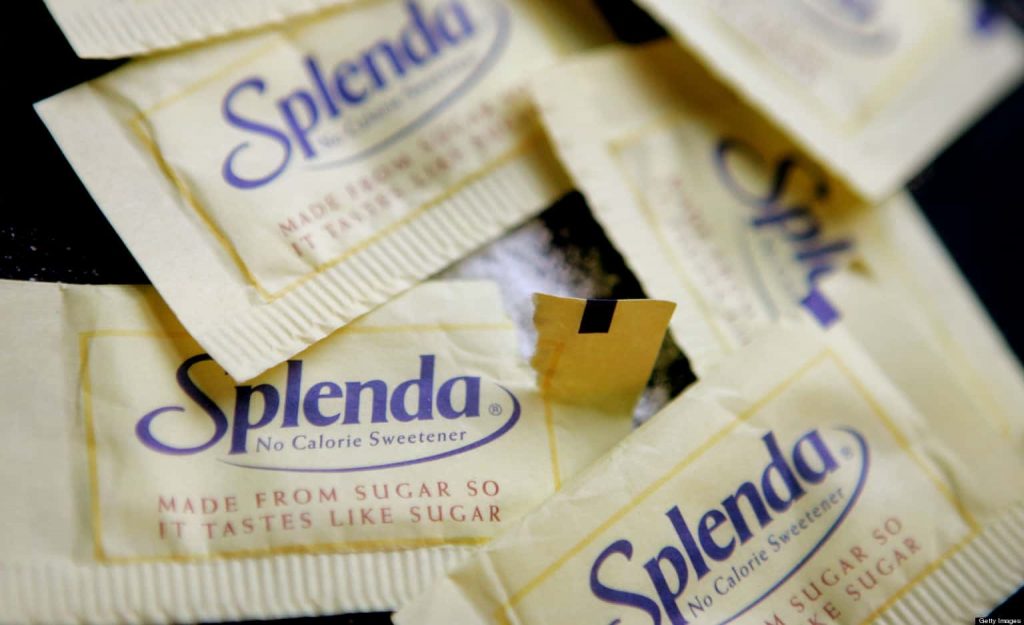 Despite being low in calories, sucralose may do more harm than good. For one, it reduces good gut bacteria by altering the amount and quality of good microorganisms (like the ones in yoghurt) that hang around in your belly. Another side effect of the sweetener is that it can alter insulin responses and blood sugar levels. In certain people, sucralose can even trigger migraines. 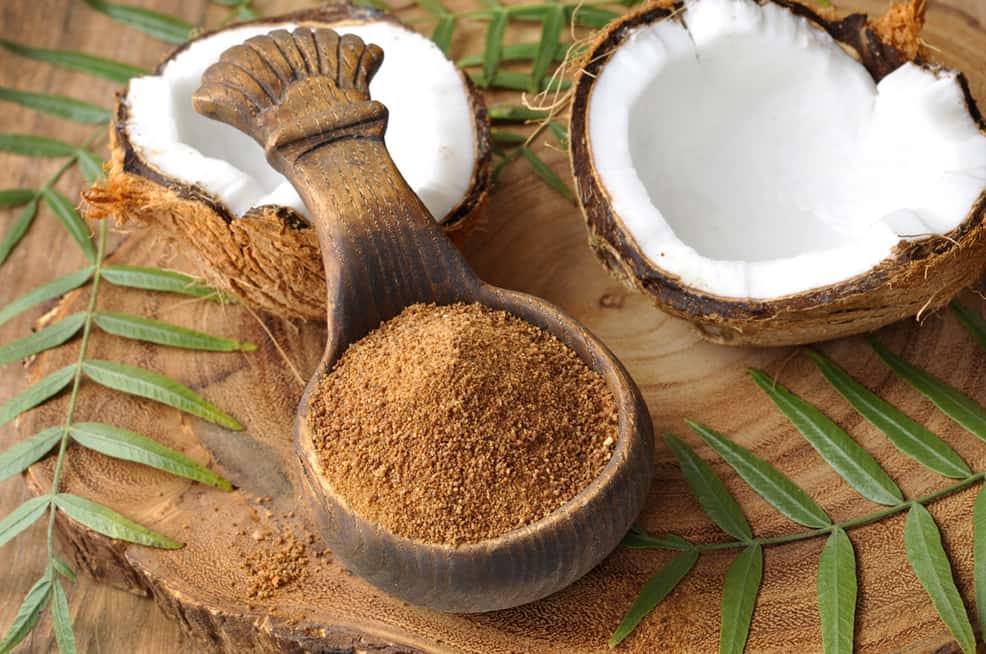 Coconut palm sugar is a natural sweetener that’s brown, powdery, and almost sand-like in texture. It is made from the sap of the coconut palm that has been extracted, boiled, then dehydrated. It is a low-glycemic sweetener, having only a glycemic index of about 35. Unknown to most, coconut palm sugar actually has the same number of calories and carbohydrates as regular cane sugar, but get this: Coconut palm sugar is only 3 to 9 percent each of fructose and glucose. Compare that to cane sugar’s fructose percentage of 50 percent—yikes!

Coconut sugar contains vitamins, minerals, and phytonutrients like iron and zinc. Granted, they are not particularly significant amounts. If you’re on a paleo diet, you can have a bit of coconut sugar or coconut nectar to satisfy that sweet tooth.

*Note that coconut palm sugar is not the same as palm sugar. 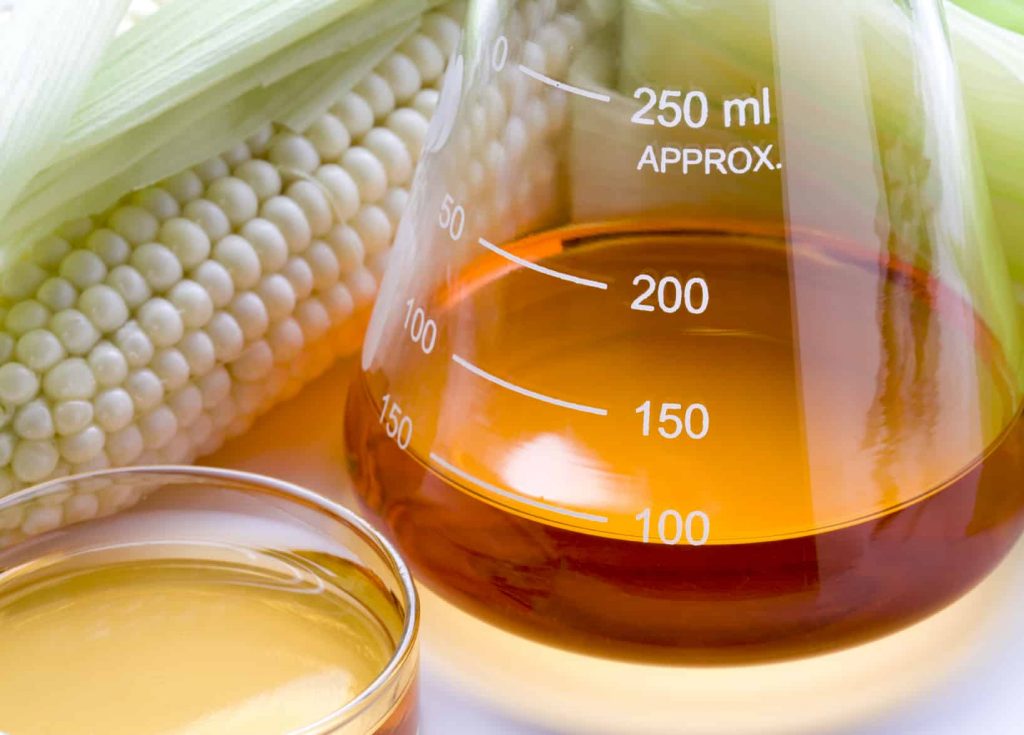 Although it’s not a the typical sweetener you would buy for your morning coffee, it’s common in a lot of treats you might have in your pantry. A study even found that Americans ingest more high-fructose corn syrup than table sugar. Whether or not you have problems with your blood sugar, it’s best to just avoid this sweetener when possible. 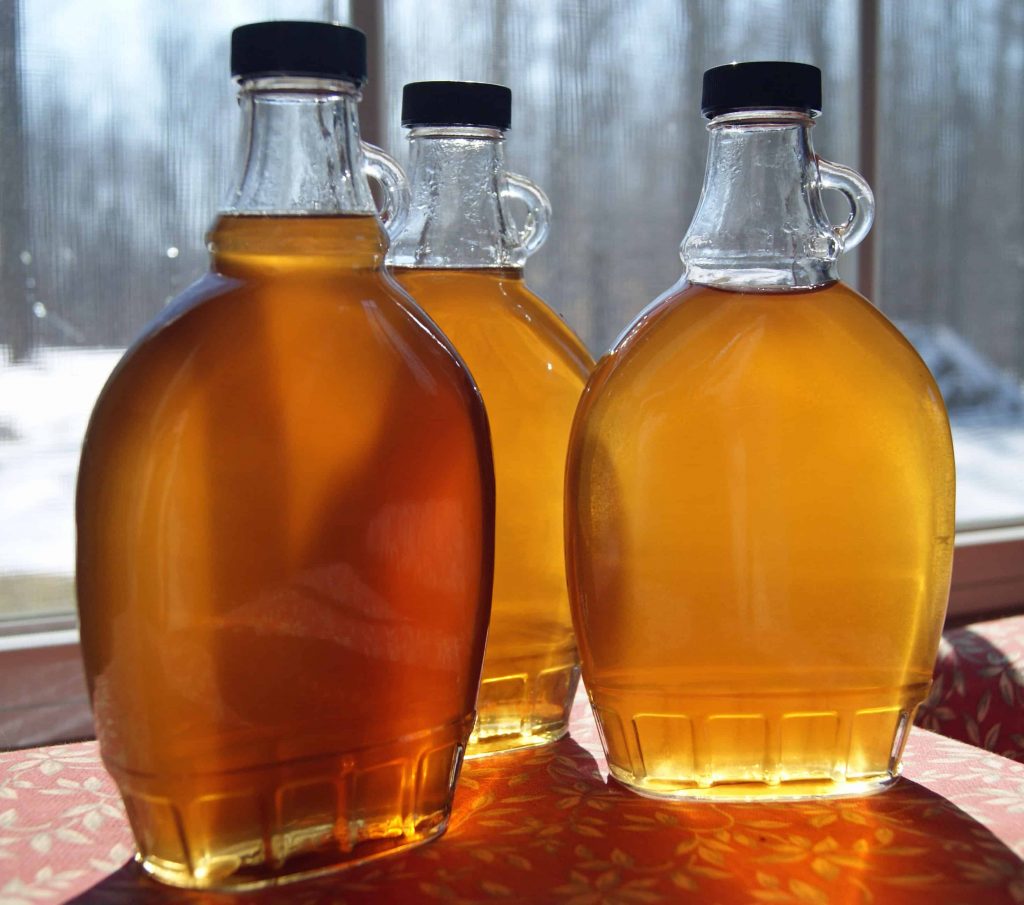 Maple Syrup is one of the more popular natural sweeteners today. Real and all-natural maple syrup is extracted from the sap of maple trees. The sap or sugary liquid inside the tree is then boiled until most of the water evaporates, leaving a thick sugary syrup which is then filtered to remove any bacteria and impurities. 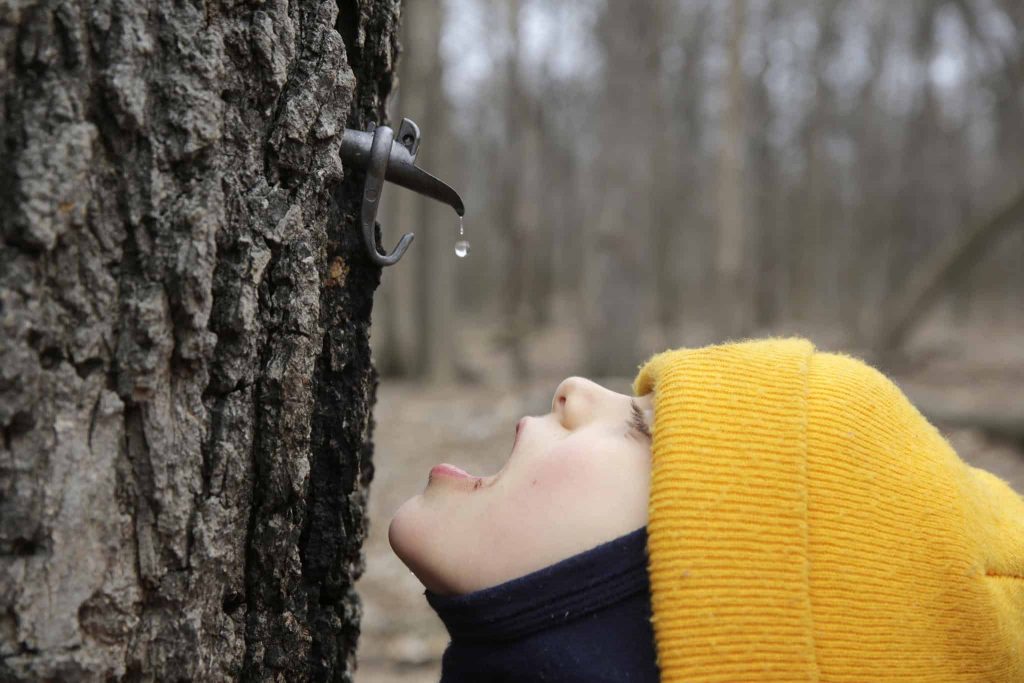 The harvesting process for maple syrup is quite tedious, so don’t be surprised at their high prices. When purchasing a bottle, always make sure to check the label as “maple-flavored” syrups can be loaded with refined sugar or high-fructose corn syrup.

Maple syrup has at least 24 different minerals and antioxidants like manganese, zinc, and smaller percentages of calcium, potassium, and iron. It has a glycemic index of around 54, while table sugar has around 65. Even if their glycemic index levels are quite close, maple syrup is still a better alternative to refined sugar. 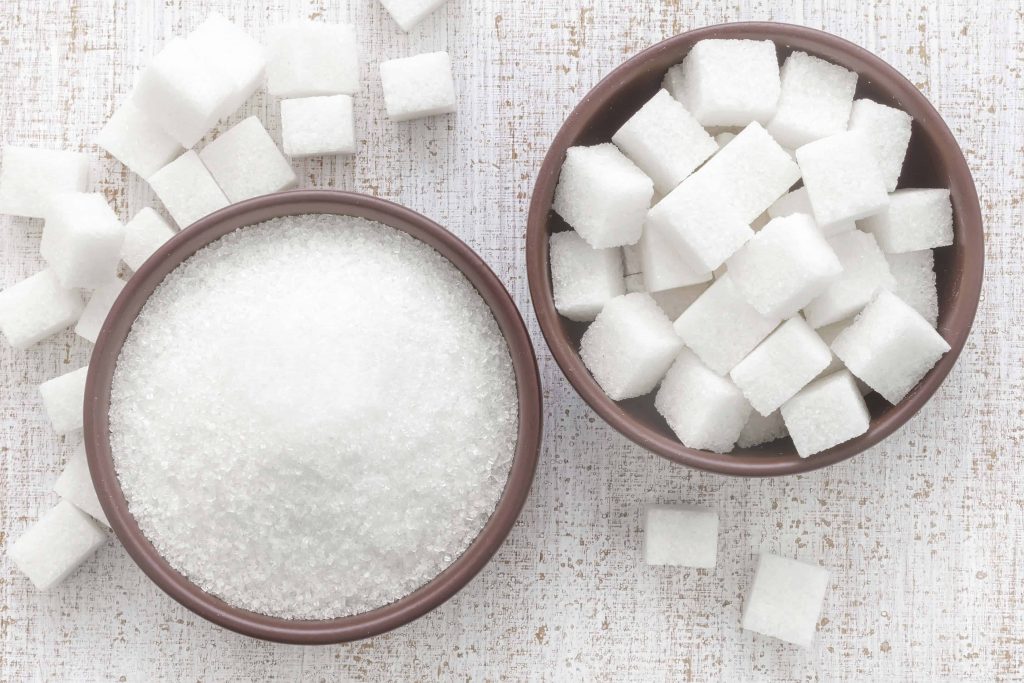 Refined sugars is an umbrella term for different types of sugars, namely: granulated sugar, sanding sugar, super-refined sugar, and powdered or confectioners sugar. All these provide only empty calories, meaning they lack in nutrients and minerals—they can even drain the body of nutrients because of its digestion requirements. While it’s impossible for many to avoid refined sugars since they’re common in baked goods, it’s best to just have it in small amounts. 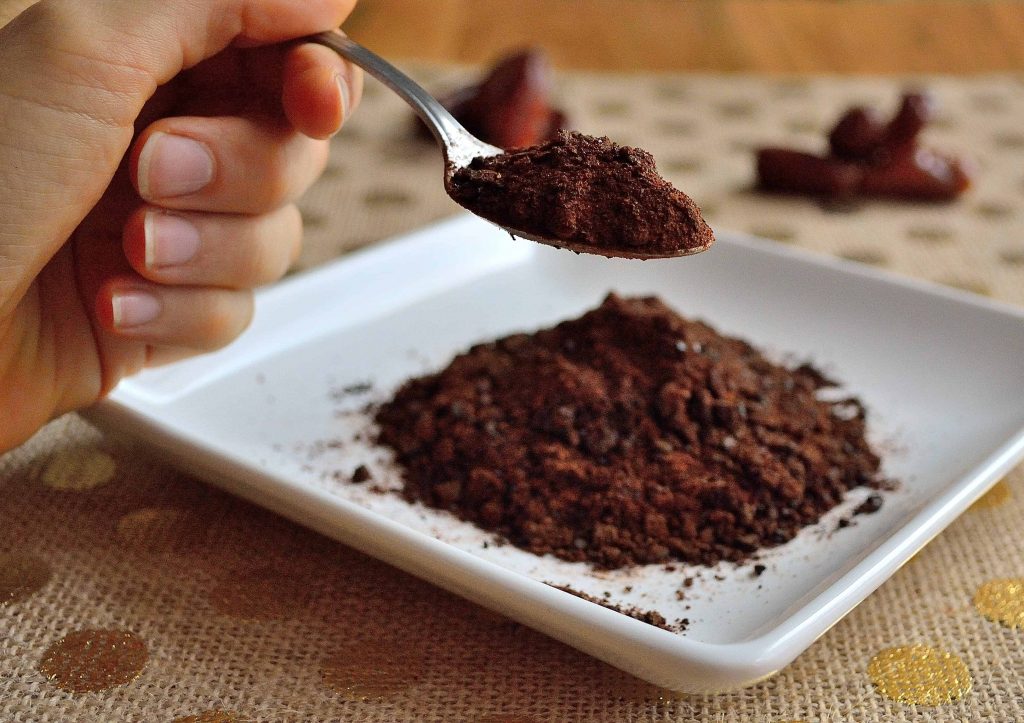 Despite its name, date sugar is not actually sugar, but simply granulated dried dates. Date sugar is a whole food sweetener packed with dietary fiber. Because it is simply powdered dates, this makes it a concentrated source of potassium, magnesium, and copper, as well as iron, phosphorus, and calcium. It mirrors the health benefits of whole dates, since that’s basically what they are.

Date sugar is a one-to-one replacement for white or brown sugar and is perfect for baking and cooking. You can even make this sweetener in syrup form by simmering dates and water to a paste, then blending them. 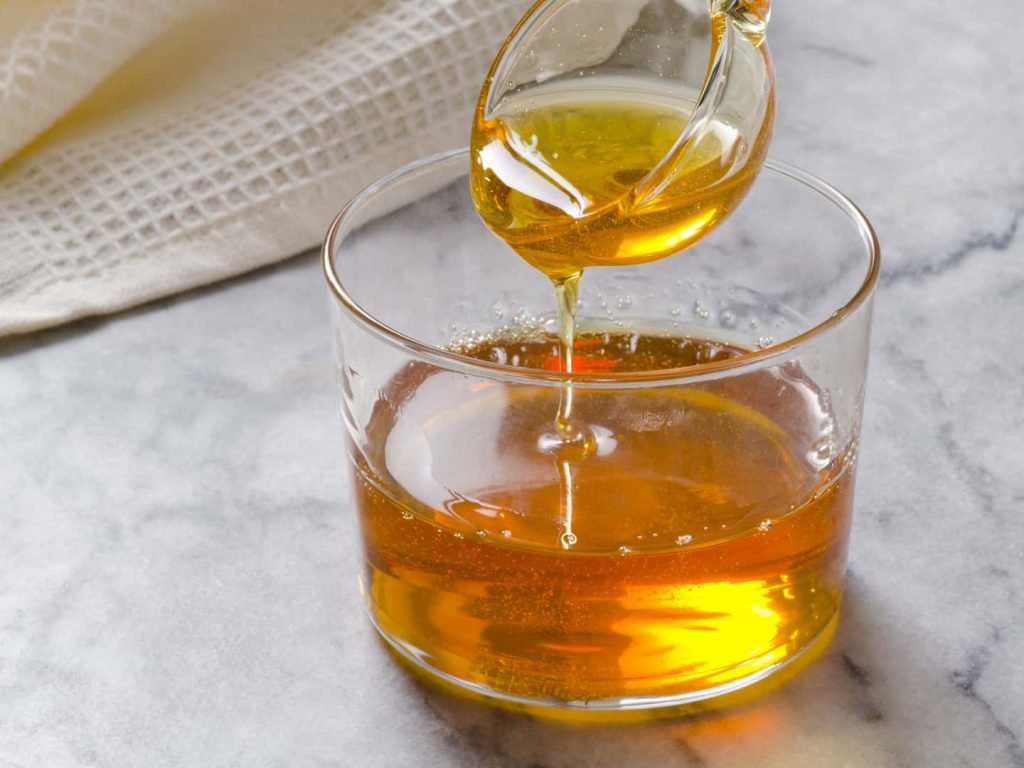 Agave nectar is a sweetener made from the same plant from which tequila is made. It is also called agave syrup, and relatively costs more than high-fructose corn syrup. Agave is only 1 1/2 times sweeter than regular sugar and contains a whopping 60 calories per tablespoon—that’s 20 calories more than table sugar! 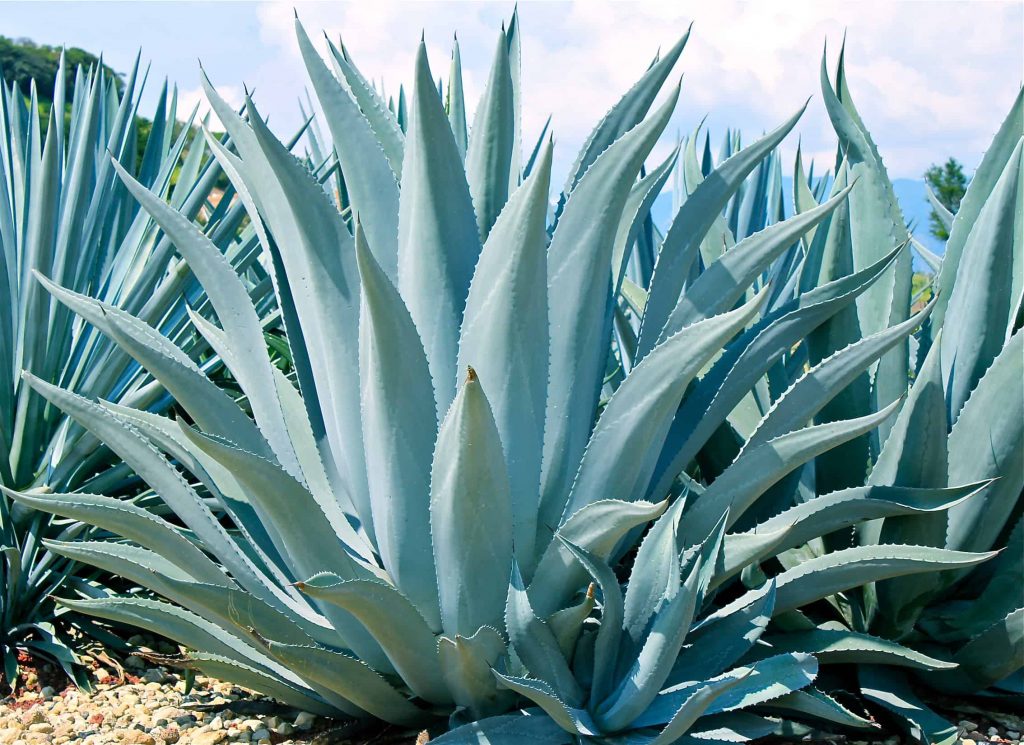 According to expert Dr. Jonny Bowden, Ph.D., C.N.S., “Agave syrup (nectar) is basically high-fructose corn syrup masquerading as a health food.” One ounce of agave has a glycemic index of about 13, and about a gram of fiber per ounce. Compared to all other sweeteners, agave is fairly new so it hasn’t been studied as intensely as the rest, so it may have some undiscovered benefits. But until then, is it worth the risk? 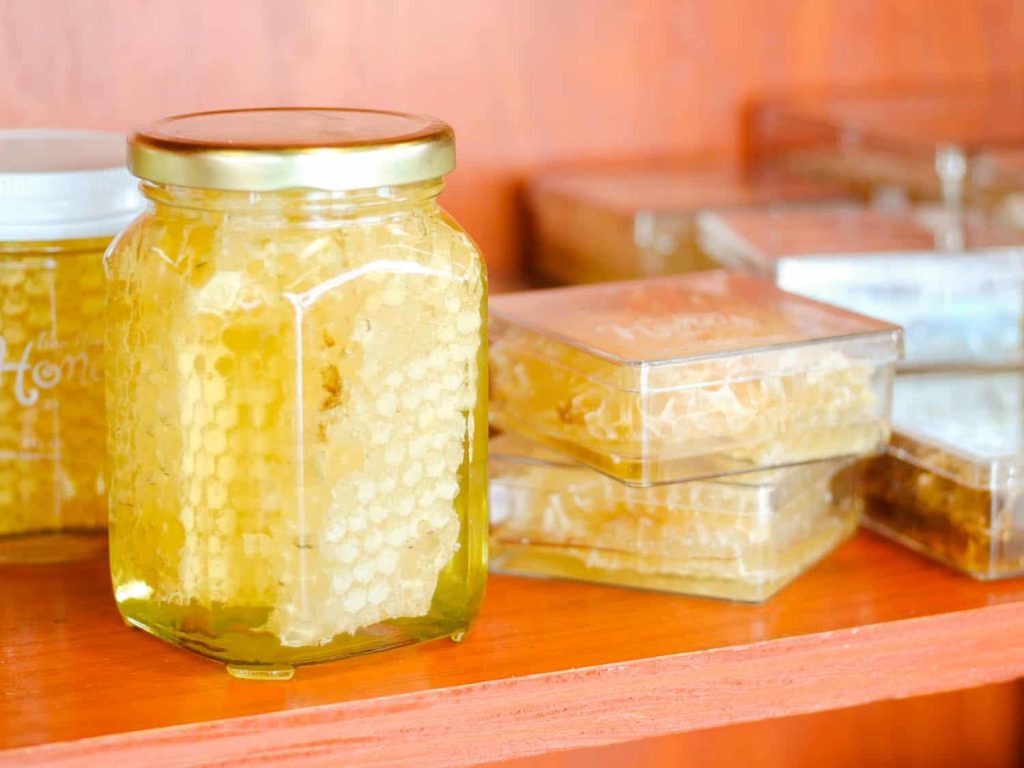 Honey is the original sweetener. Raw honey as compared to regular honey is unheated, unpasteurized, and unprocessed. Other than the taste, many prefer honey over table sugar because it’s deemed healthier. Honey in this form is alkaline-forming, meaning it has similar ingredients to those in fruits. While raw honey doesn’t ferment in the stomach, it can counteract indigestion. When mixed with ginger and/or lemon, it can instantly relieve nausea and give an energy boost, too!

When looking to buy raw honey, it’s always best to go local. Most honey found in supermarkets isn’t raw. If you have access to a local beekeeper, best to get your supply from them.

All in all, sugar is still sugar. Whatever sweetener you prefer, use it sparingly.