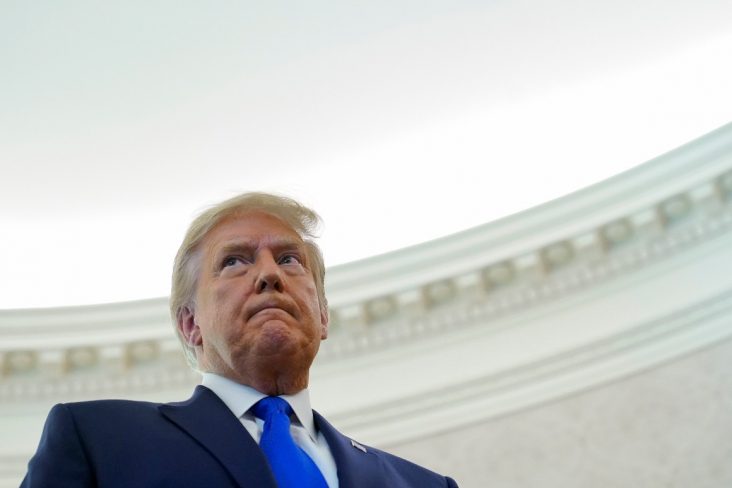 California Congressman Eric Swalwell has sued former President Donald Trump, his eldest son, and several of his allies for their roles leading to the violent attack in the U.S. Capitol on January 6.

According to The Hill, the 65-page complaint filed in federal court in Washington, D.C., accuses Trump, Donald Trump Jr., Rep. Mo Brooks of Alabama, and lawyer Rudy Giuliani of inciting the riot and violating a number of federal and D.C. laws.

The complaint stated, “The horrific events of January 6 were a direct and foreseeable consequence of the Defendants’ unlawful actions. As such, the Defendants are responsible for the injury and destruction that followed.”

Each of the defendants spoke at a pro-Trump rally which happened before the mob marched to the Capitol.

Swalwell’s lawsuit said the incendiary rally speeches were the tipping point that culminated a months-long disinformation campaign to push the false claim that the 2020 presidential election was stolen from Trump.

Swalwell is seeking unspecified money damages. Moreover,  he is asking that a court order be issued requiring Trump and his allies to provide at least a week’s notice before holding any future rally in D.C. The nine-count complaint also alleges that the defendants had conspired to prevent Congress from certifying President Biden’s election win. This is a violation of a federal civil rights law.