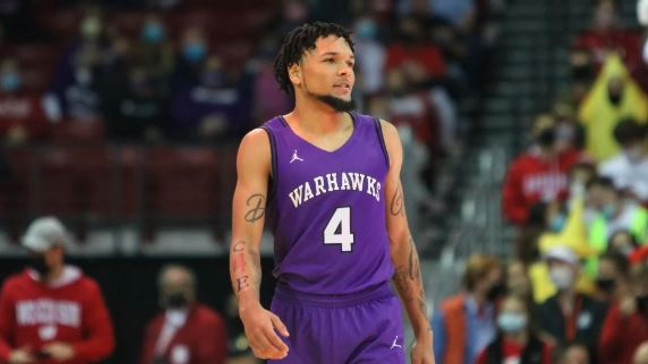 A University of Wisconsin-Whitewater basketball player has passed away while playing after having a “cardiac event.”

The school’s athletic department released a statement in which it read, “Warhawk Nation mourns the loss of Derek Gray, a student-athlete on the Warhawk men’s basketball team, who passed away unexpectedly on July 24th, 2022, playing the game he loved.”

Coach Pat Miller of the UW-Whitewater men’s basketball team told the local media that “it was a cardiac event.”

“He was a great kid,” Miller said following Gray’s passing. “He was very intelligent. He and I had long talks about basketball, life and family. He was a very engaging, sincere person. He was loved by his teammates. He had an ability to connect with people. And he showed up and played hard — to do what he could for the team. There are not enough good things I can say about him. The shock of this is beyond words.”

Miller claimed that he initially thought Gray was having a seizure when he collapsed.

“It was just a very surreal situation where you’re thinking, ‘Okay, he’s going to be all right,’ and then you’re very scared and the longer it went on, it became apparent that this was extraordinarily serious,” Miller said. “I’ve been around for a long time, I’ve seen a lot of different things. It was one of the most traumatic things I’ve ever been a part of.”

La Follette High School in Madison, where Gray attended high school, released a statement recalling his time there as a student athlete.

“On behalf of Principal Mat [Thompson] and all [La Follette] High School Staff, it is with a profound sense of sadness that the La Follette community mourns the unexpected loss of former Lancer, Derek Gray,” Assistant Principal Cullen Haskins said in a statement. “Derek was a giant of La Follette basketball and Lancer athletics, and was at his best in the toughest games and most challenging moments. He was a true ‘gamer.’ His toughness and tenacity on the court will always be remembered, and his kindness and smile off the court forever missed.”

“As a well known student-athlete and basketball standout, his presence and impact on the La Follette community was far-reaching,” the statement continued. “His life, both on and off the court, had an enormous impact on all those who knew him. As we process this tremendous loss for our community, we ask you to join us in keeping Derek’s friends, teammates, and family in our thoughts.”