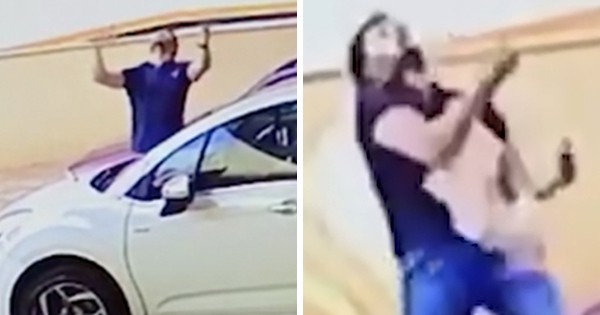 A naughty white female Shih Tzu named Mel was exploring the balcony on her parents’ ninth-floor flat when she accidentally fell over the edge, dropping almost 100 feet. Thankfully, a stranger had spotted her beforehand and was able to save the dog’s life just in time.

The incident, which happened in the city of Ribeirao Preto in Sao Paolo, Brazil, was caught via security camera at an apartment block and has since gone viral.

In the video, the dog’s saviour Joao Augusto can be seen stood next to a parked while car looking up with his arms out.

It seems apparent from the video that Augusto is gauging where the dog will land, so that he could catch her.

The dog hurtles to the ground in breakneck speed but thankfully, the man was able to break the pooch’s fall with his outstretched arms. 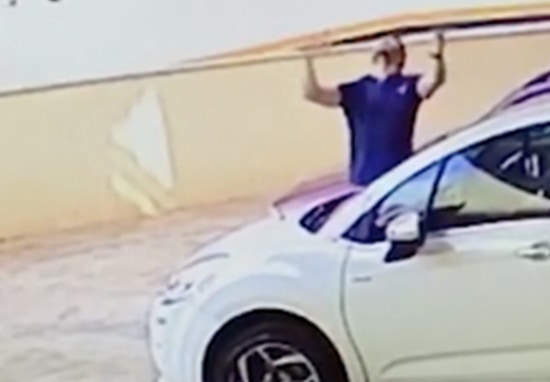 Judging from the fact that the dog immediately started running as soon as she hit the ground, the accident left her unharmed. Augusto also walked away scratch-free. 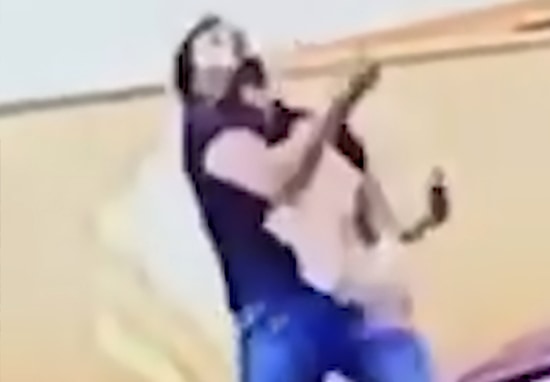 Augusto had reportedly seen the Shih Tzu from an adjacent flat, barking and climbing the railing on her balcony. He ran down to try to save the dog’s life in case she fell.

Speaking to reporters about the event, he said: “I asked for a towel or a sheet to help in some way, but there wasn’t enough time. Then, she fell from the ninth floor. I knew that I wouldn’t be able to catch her but I was aware that I could cushion the fall.”

“I was on the floor for a few seconds but it was from relief. I think that I was in the right place at the right time. I did what I could, the most I could to help. It was a joint effort with the caretaker who acted quickly to help the dog. It was a happy ending,” he continued,

Paulo Narciso, the caretaker of the building, said that he was the one who opened the gate to see a frantic Augusto. According to him, “I didn’t really understand at the time, I opened the gate and went with the man. We got there and saw that the dog was curled over the railing and was going to fall. I went up to the flat but the owner wasn’t home.”

“When I went back down the cleaning lady told me the dog had fallen and that he had grabbed her.”

Mel’s owner, who asked not to be identified, has now installed protective netting on the balcony to avoid a similar incident in future.