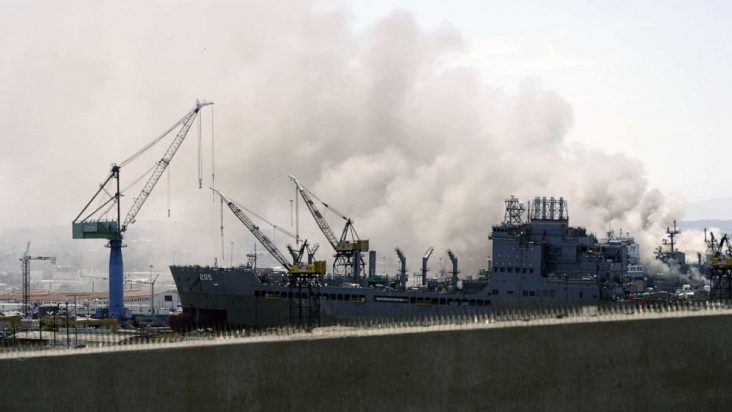 Firefighters responded to a three-alarm fire aboard the USS Bonhomme Richard.

An explosion on a San Diego Naval ship on Sunday morning injured 21 people.

Naval Surface Force Mike Raney reported that 17 sailors, as well as four civilians, are being treated at a local hospital with non-life-threatening injuries, mostly from smoke inhalation.

Raney said there were 160 sailors aboard the USS USS Bonhomme Richard, which is currently undergoing maintenance. He noted that everyone has been accounted for.

At 8:30 a.m. local time, officials said there was an explosion that quickly escalated to a three-alarm fire. The San Diego Fire-Rescue Department responded to the fire and assisted base and shipboard firefighting teams.

Navy officials have yet to disclose the cause of the explosion.

The USS Fitzgerald and USS Russell were also moved away at the height of the fire.