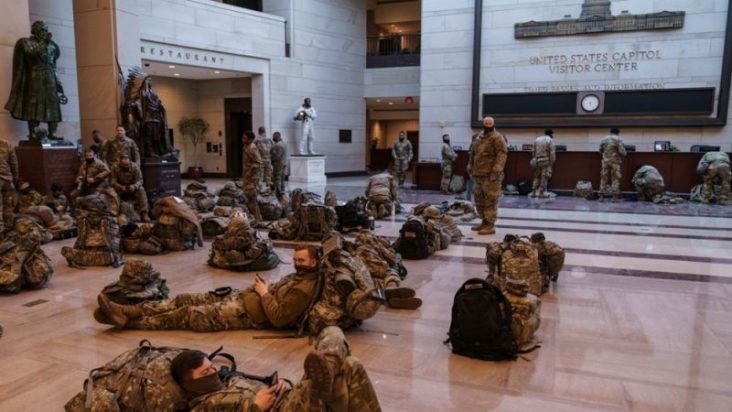 Army Secretary Ryan McCarthy said that officials are conscious of the potential threat, warning commanders to look out for problems within their ranks as the inauguration approaches.

“We’re continually going through the process, and taking second, third looks at every one of the individuals assigned to this operation,” McCarthy said in an interview.

He added that National Guard members are also getting training on how to identify potential insider threats.

About 25,000 members of the National Guard are streaming into Washington, and while the military routinely reviews service members for extremist connections, the FBI screening is in addition to any past monitoring.

“We need to be conscious of it, and we need to put all of the mechanisms in place to thoroughly vet these men and women who would support any operations like this,” McCarthy added.

The main goal is for America’s transfer of power to happen without incident.

“This is a national priority. We have to be successful as an institution,” he said. “We want to send the message to everyone in the United States and for the rest of the world that we can do this safely and peacefully.”