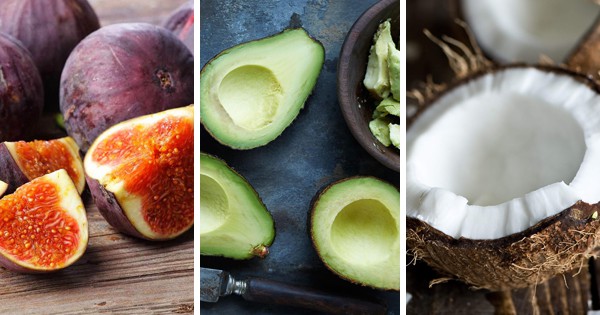 No matter what diet you follow, nutritionists agree on one thing—fiber is an important part of it. However, most people don’t get their recommended fiber levels in their everyday diet. On average, fiber consists only 15 grams of the overall American diet, instead of the recommended 25 grams for women and 38 grams for men.

If you are looking to increase your fiber intake, take note of these foods. They all boast high levels of fiber and are very easy to incorporate into your everyday diet. 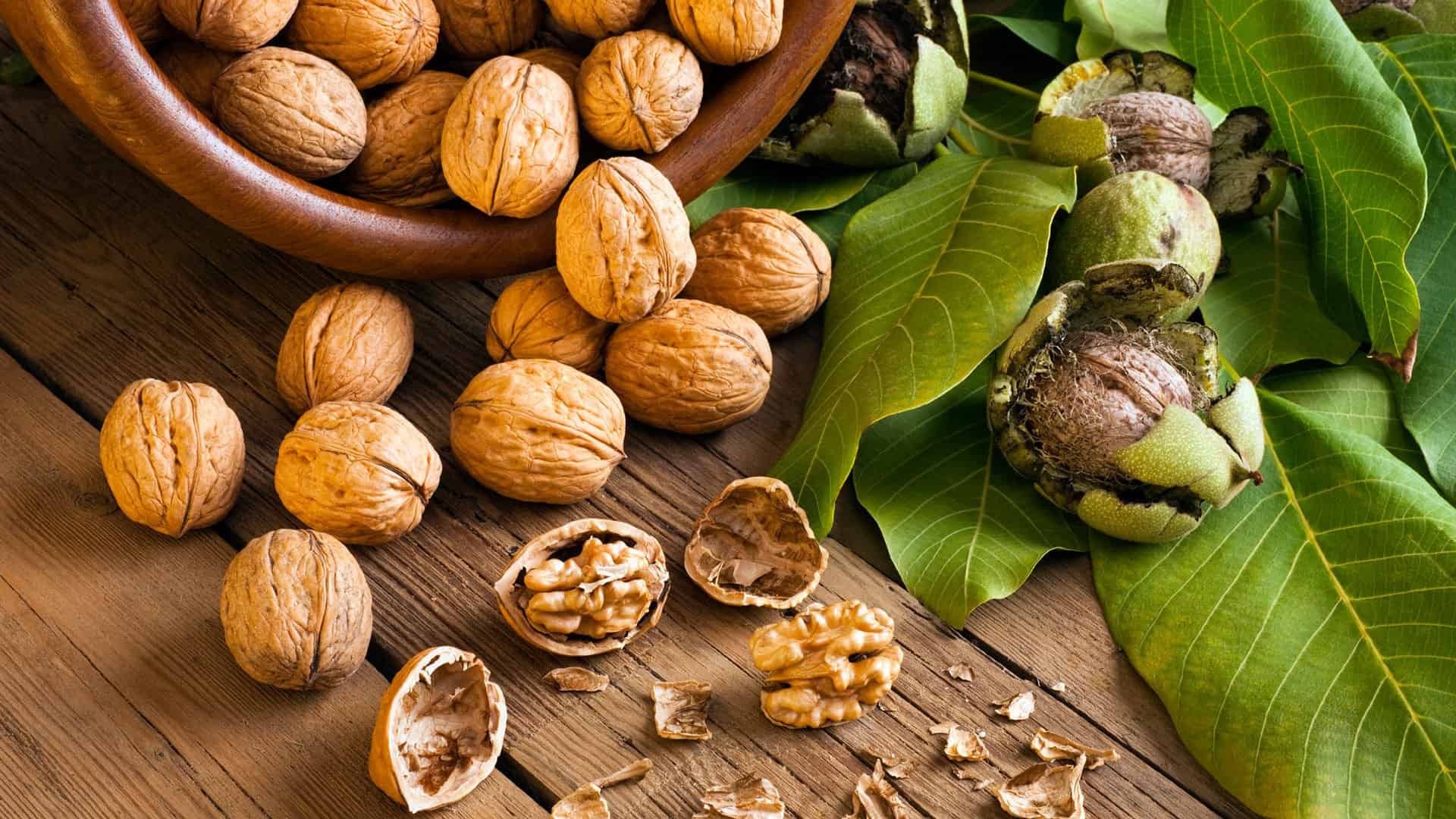 Some people shy away from incorporating nuts into their diet to lessen their fat intake, but they also miss out on other benefits like protein, manganese, copper, folate and fiber! All that is found in walnuts. Several studies have shown that walnuts improve verbal reasoning, memory and mood, and support good neurologic function. Many recipes use it as a meat substitute, just like this Walnut Taco recipe, to fully enjoy all its nutritional benefits. 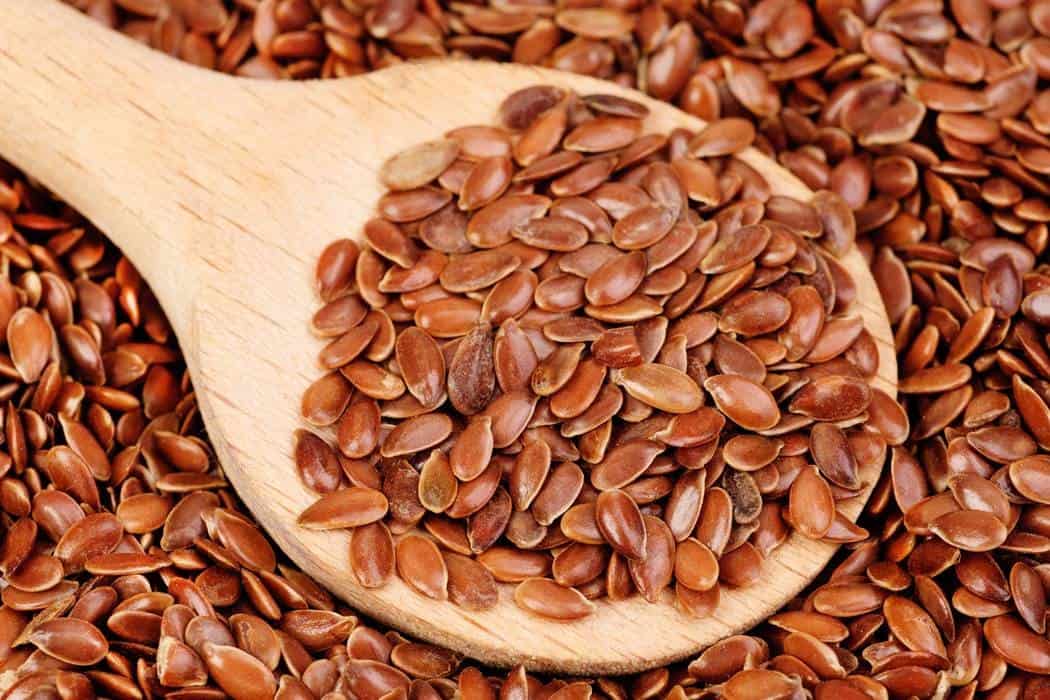 Other than fiber, these tiny little seeds pack a ton of nutrients like protein, thiamine, manganese, phosphorus, magnesium, copper, and Omega-3 fatty acids. Flax seeds are easy to incorporate in salads, soups and in smoothies—just grind them up first so they’re easier to digest. 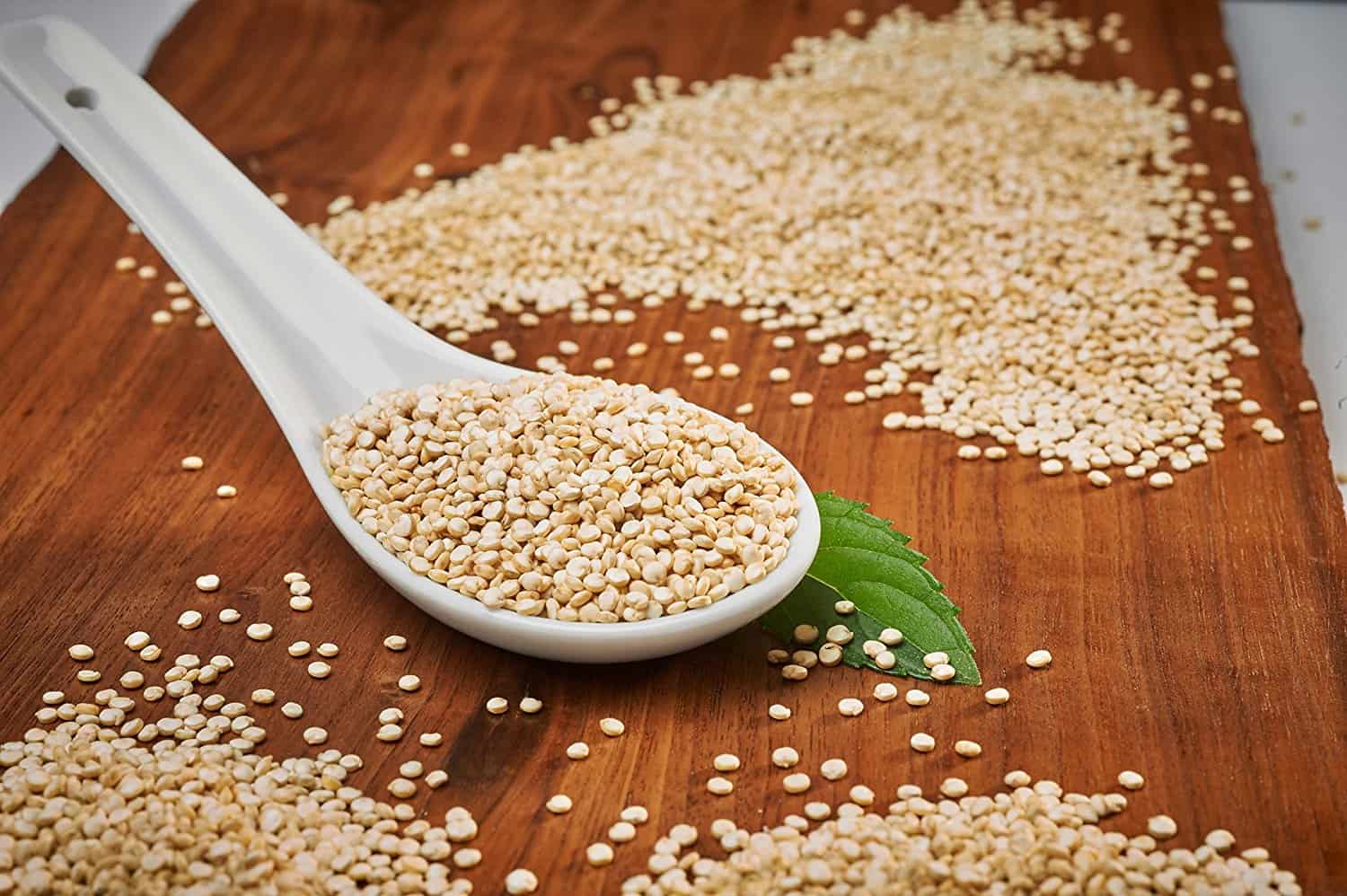 Once thought to be just a fleeting trend, Quinoa’s proven that it’s here to stay. Quinoa has actually been around since the time of the Incas and the Aztecs. They called it the “chisaya mama,” because it was considered the mother of all grains, and therefore highly sacred. Quinoa almost slipped into obscurity after Spanish conquistadors destroyed most of its fields in the 1500s. Thankfully, small samples of the seed were preserved. Quinoa is not only regarded for its fiber content, but also for high levels of iron, magnesium, and potassium. 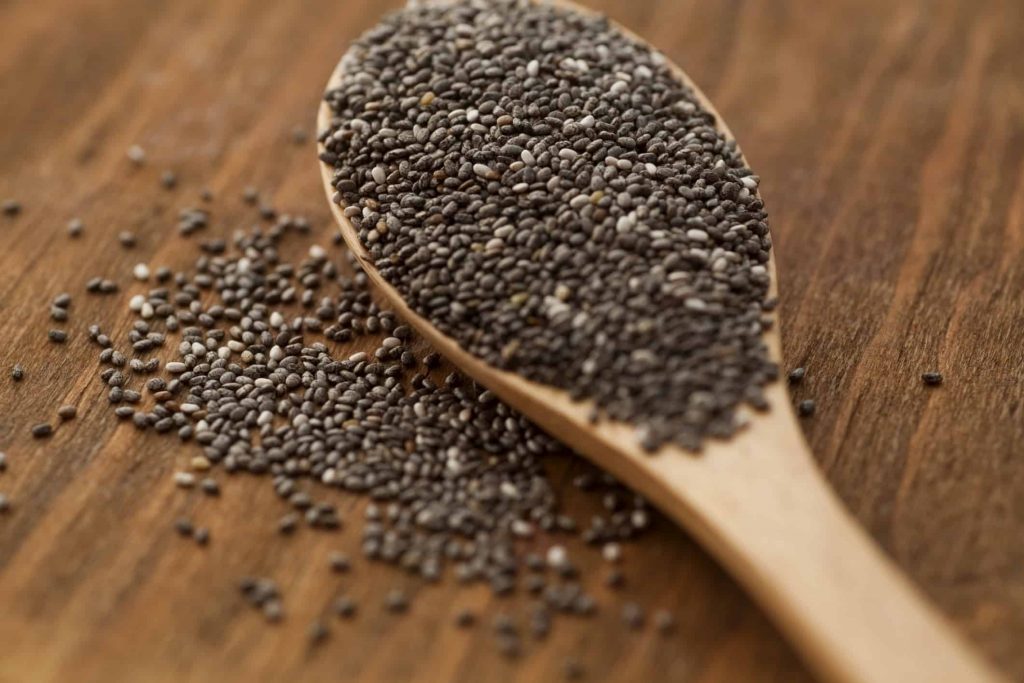 Ancient South American civilizations might be onto something here, because they also commonly consumed and cultivated Chia seeds. These seeds were considered as valuable as maize during the pre-Columbian period. You can bet that with all its nutritional value, “health is wealth” rings true for the Aztecs. Chia seeds have now found its place in many a health buff’s pantry, as it contains significant levels of protein, calcium, phosphorus, manganese and omega-3 fatty acids. 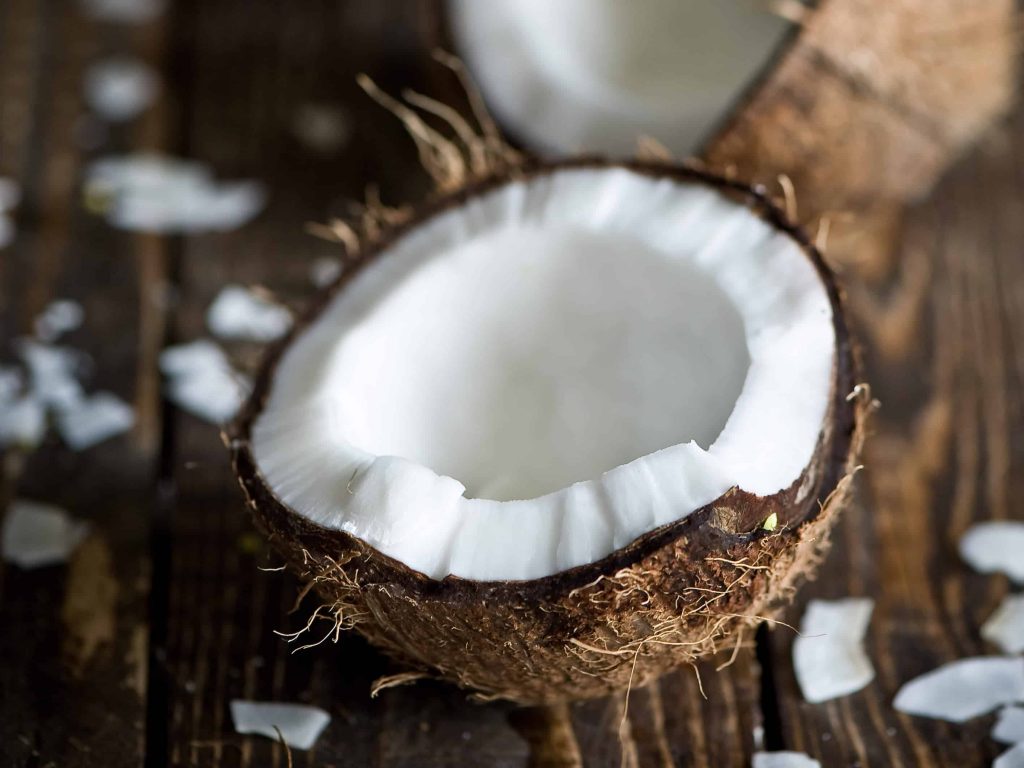 Classified as a dry drupe—which means that it is a fruit, a nut, and a seed simultaneously—the coconut contains a multitude of awesome nutrients like manganese, omega-6 fatty acids, folate, and selenium. It also boasts a high level of fiber in every serving, with four to six times the amount compared to oat bran. 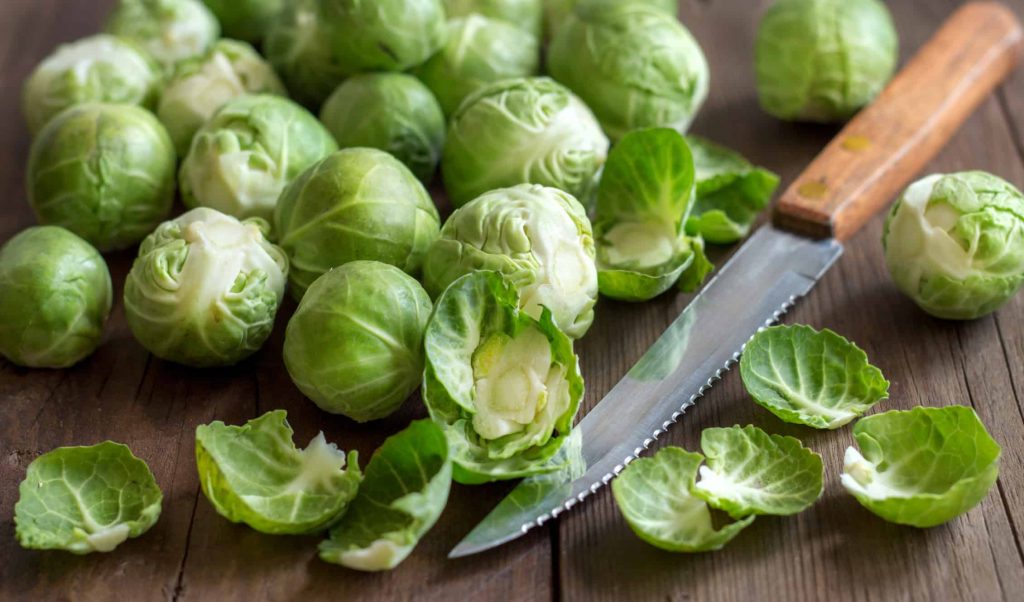 Sleeping on this power-packed vegetable won’t do you any good, as brussel sprouts contain high levels of vitamin C, K, B1, B2, B6, folate, and manganese. The benefits of eating this super vegetable is astounding, as it is rich in antioxidants and anti-inflammatory properties, which help prevent the formation of some cancer cells. Each serving also contains a near balance of both soluble and insoluble fibers, so why not give them a try on your next meal? 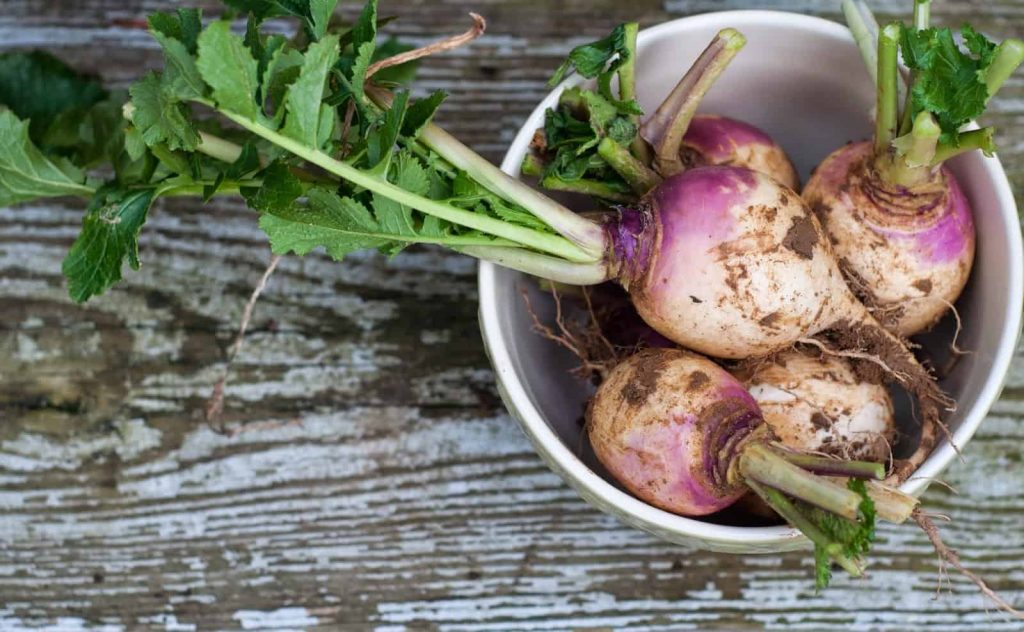 Turnips are one of the most underutilized root vegetables out there, which is a shame since it has exemplary levels of vitamin C, calcium, magnesium, potassium, and dietary fibers. Turnips are low in calories and a single serving already accounts for more than half of the recommended daily Vitamin C intake. 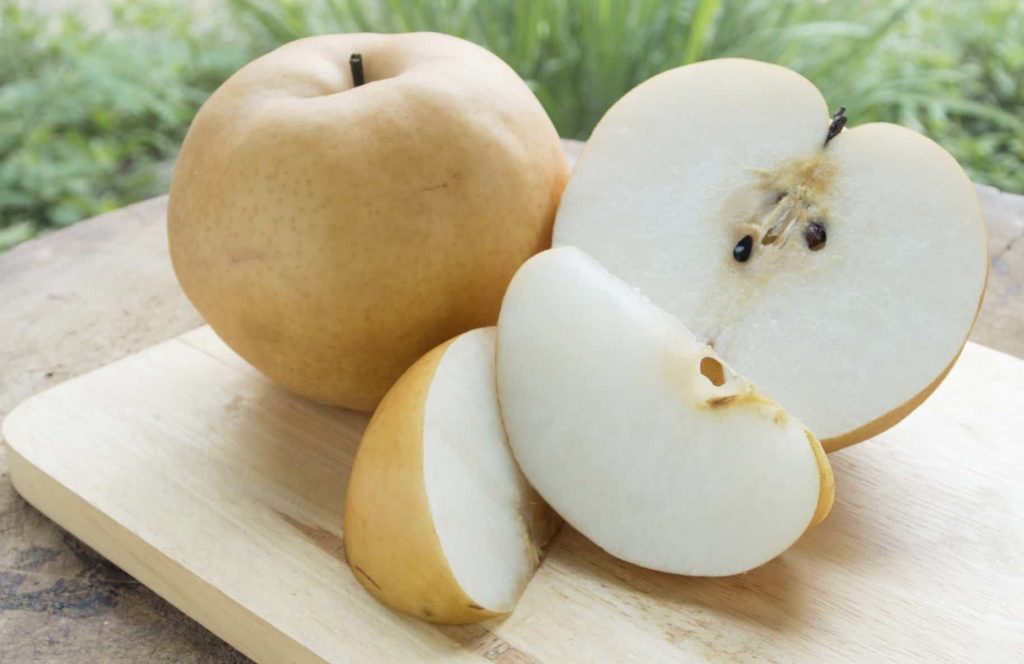 Asian pears are an ideal weight-loss snack. They’re low in calories but high in fiber and packed with vitamin C and K, omega-6 fatty acids, and potassium. They are firmer and crisper than the American variety, making them a great addition to fresh salads. Those who are looking to shed some weight, but have a sweet tooth always scamper for this fruit as they are also sweeter than their American counterpart. 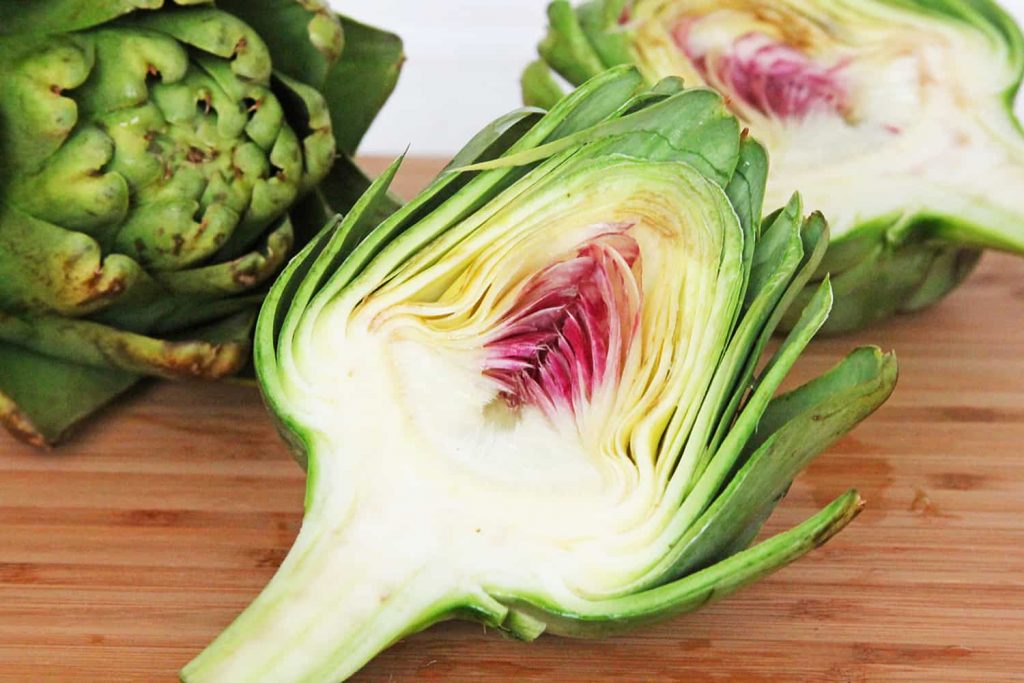 Artichokes are a superstar in their own right in the vegetable world. A single medium serving fulfills almost half of the recommended fiber intake for women and a third for men. 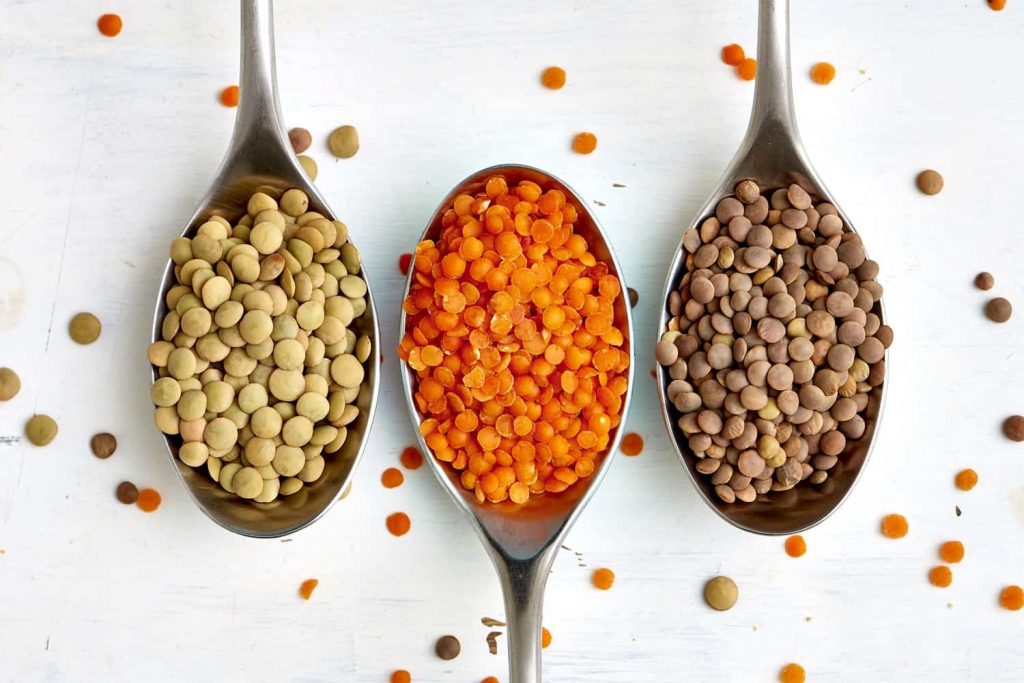 There’s a reason why people have consumed lentils for thousands of years. Even Ancient Egyptians were so fond of them that they included lentils in burials as old as 2400 BC. Not only do lentils taste great and are easy to store and cook, they provide so much nutritional value. They are low in fat but high in protein, fiber, and iron, and keep cholesterol and blood sugar under control. 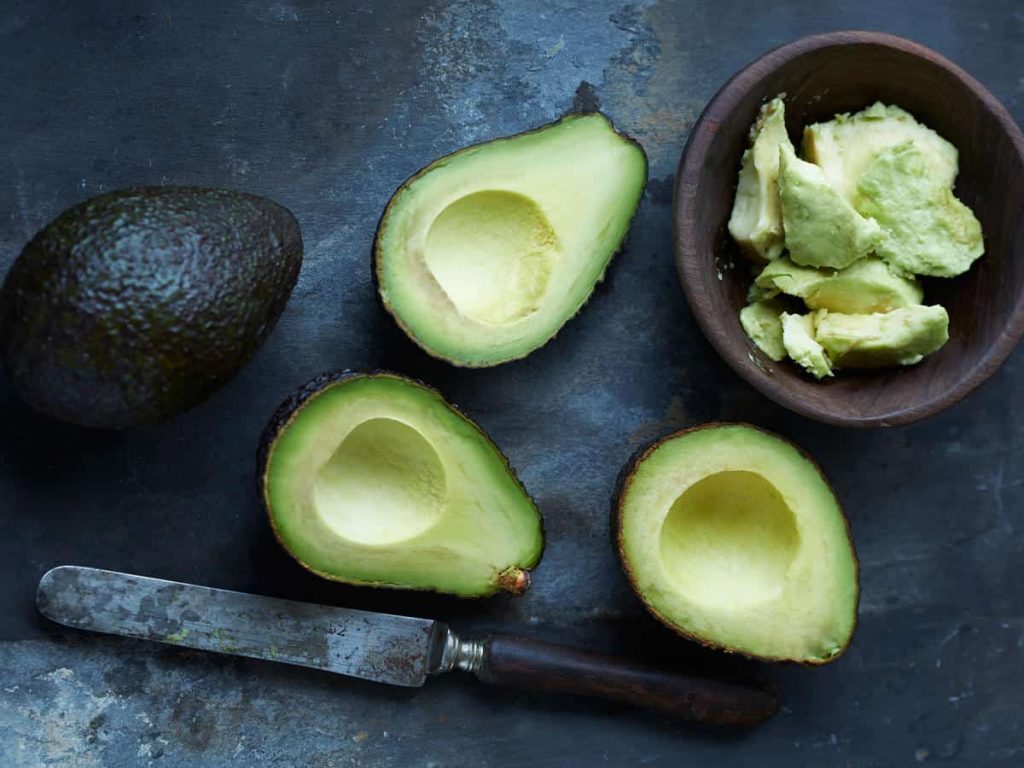 If there’s one thing we can thank the hipsters for, it’s for putting avocado in anything and everything. Even the Aztecs went loco for avocados that they made the fruit their symbol for love and fertility, since it grows on pairs in trees. It has the highest protein and fiber content in all types of fruits, plus high levels of vitamins C, E, K, B6, folate, and potassium. 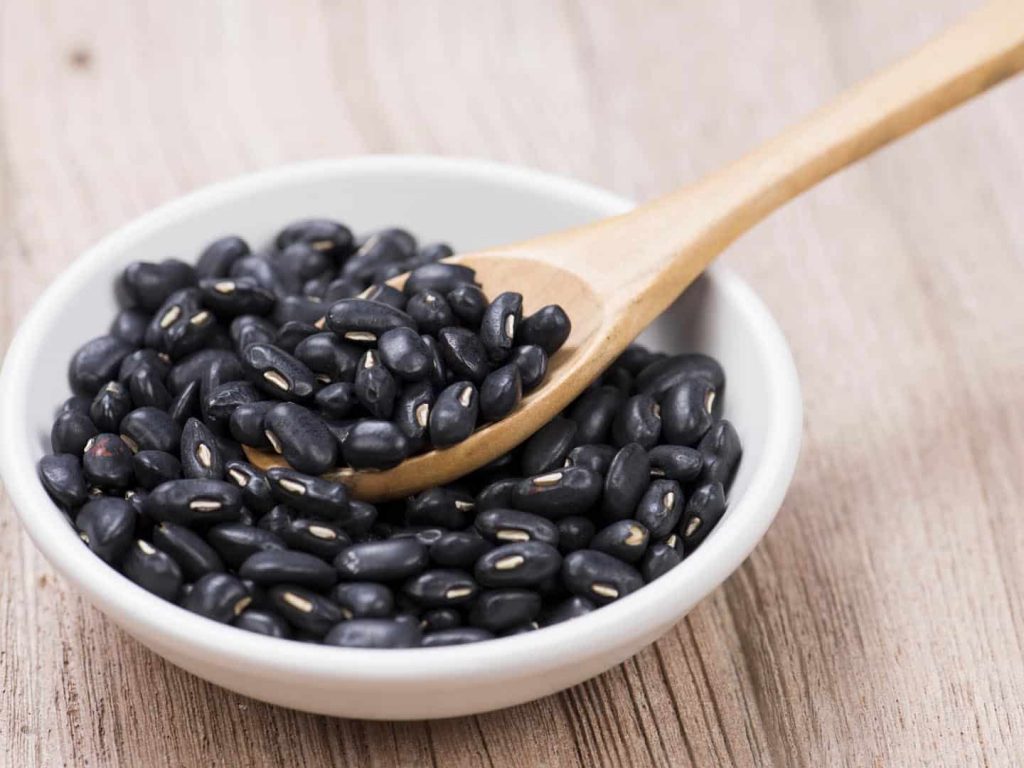 Known as the “mischief maker” or the “musical fruit”, black beans’ reputation goes beyond its ability to cause flatulence. It has so much fiber and oligosaccharides, a complex group of sugars which causes its gassy attributes. Black beans are dense in flavonoids and antioxidants which reduce the risk of some cancers and inflammatory diseases. If the texture of beans is something that you don’t particularly enjoy, you can toss them in a food processor and add into brownie and cake recipes to amp up your dessert’s nutritional value. 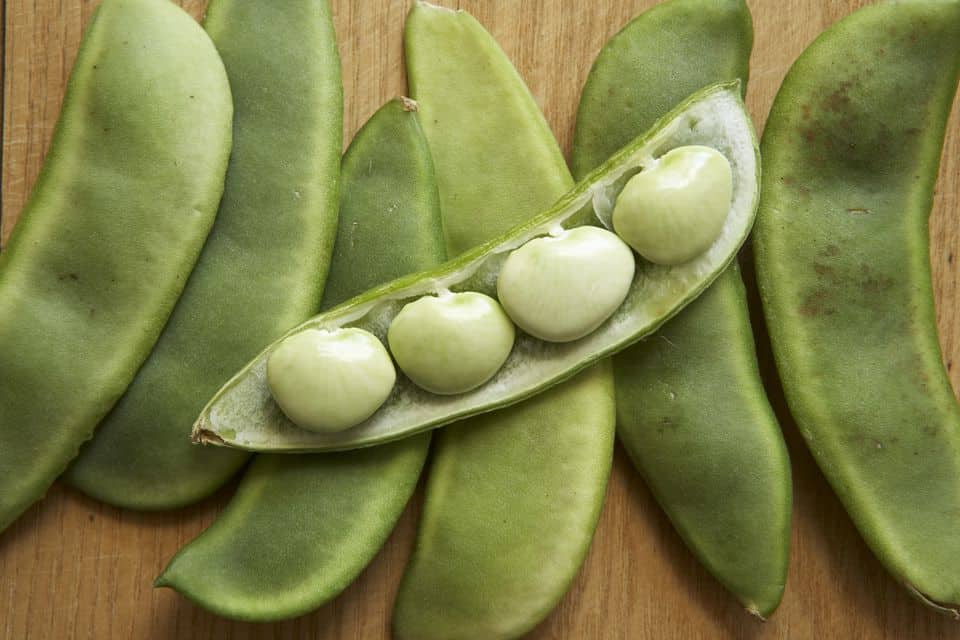 This bean earned its name after it became popular in North America and Europe, when transporters would mark its box with Lima, Peru to inform receivers of its origin. Lima beans are considered to have a very indulgent taste, as it resembles butter when cooked, earning them the nickname “butter beans.” But don’t fall for the rich taste of this bean, it is so nutritionally dense that it provides 25% of the daily recommended iron intake for women, aside from high levels of copper, manganese, folate, phosphorus and protein. 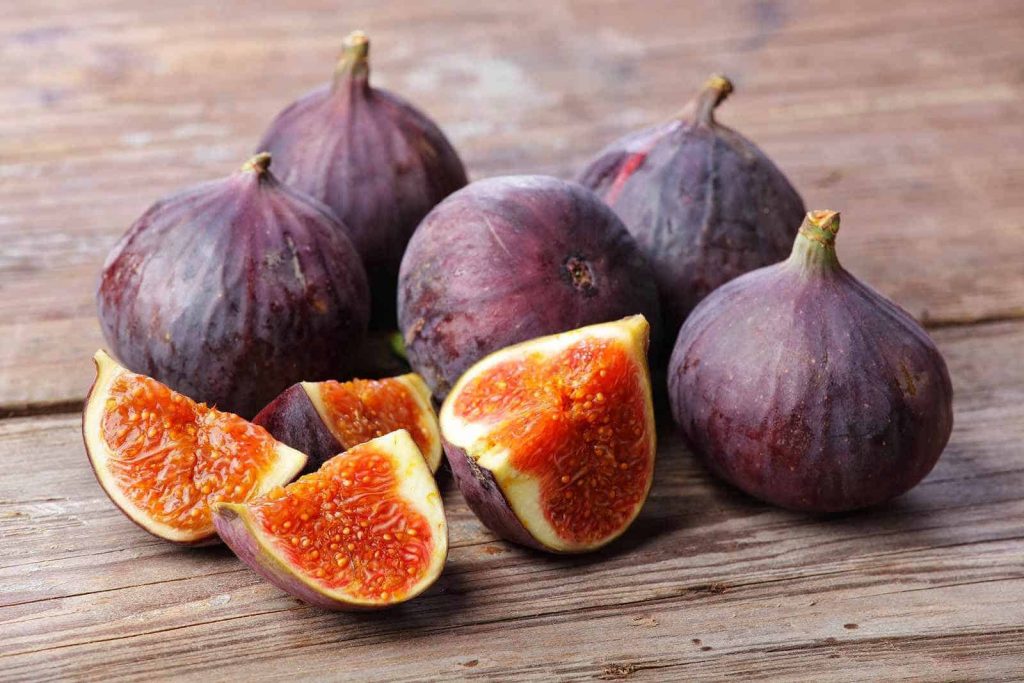 Figs are one of the few fruits that can be harvested only according to its natural clock. It fully ripens and partly dries while still on the tree. Due to its high moisture content, it can be used as a substitute for fat in baked goods and naturally helps it stay fresh longer. This fruit also comes with a plethora of health benefits like lowering blood pressure and protection against muscle degeneration. This is due to its high levels of pantothenic acid, potassium, manganese, and copper. Figs also contain the same level of fiber whether they are dried or fresh and is one of the rare foods that contain both soluble and insoluble fiber with a near-perfect balance. 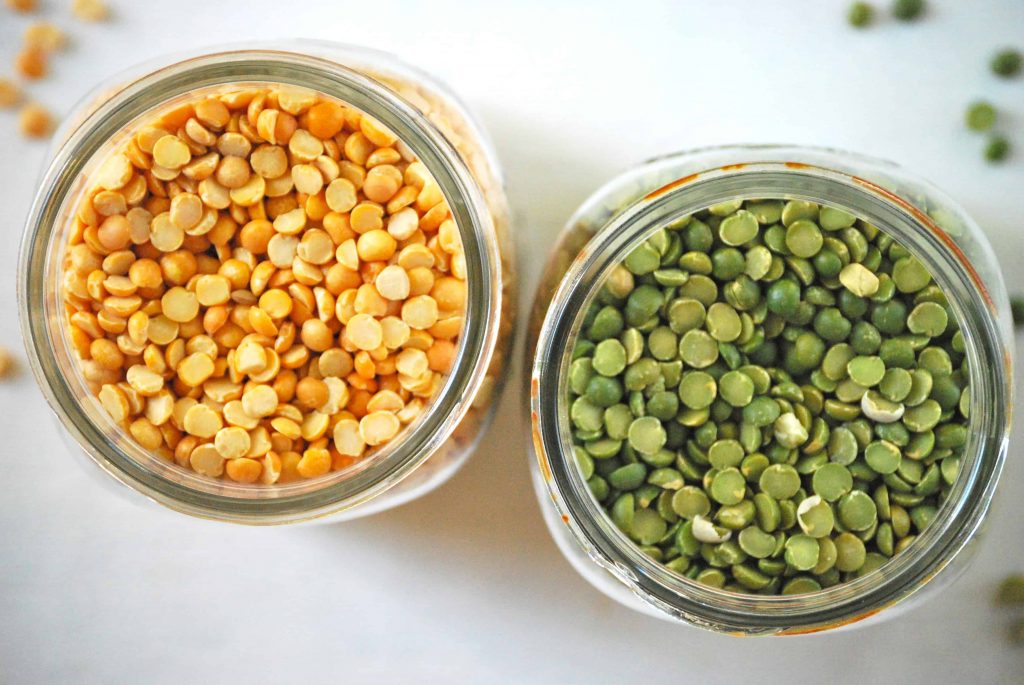 Split peas are just like green peas, only that the former is grown specifically for drying. They are split in half to encourage faster cooking, with the need to pre-soak completely eliminated unlike other dried legumes. Whether you go for the yellow or green split peas, they are both great sources of soluble fiber. A cup of cooked split peas provide about 65% of the daily recommended fiber intake, along with high levels of protein, thiamine, folate, manganese, omega-3, and omega-6 fatty acids. This makes split peas a great addition to your diet if you wish to regulate cholesterol and blood sugar levels and improve overall heart health.