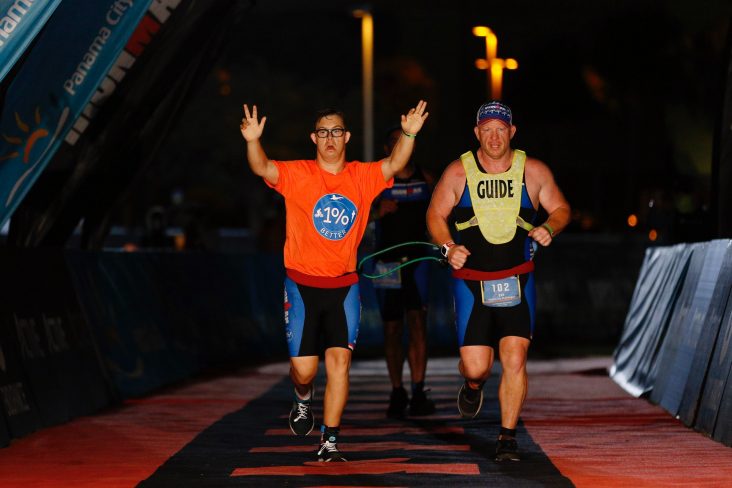 Florida native Chris Nikic became the first person with Down syndrome to complete an Ironman triathlon on Saturday.

A 21-year-old Florida man has made history as the first individual with Down Syndrome to compete and finish an Ironman triathlon, consisting of a 2.4-mile swim, 112-mile bike ride, and 26.2-mile run in one day.

Chris Nikic signed up for a triathlon program with Special Olympics Florida in 2018, reports said.

After a training session, those who completed a 1-kilometer swim in Orlando lake could sign their names on a wall. Nikic eagerly wrote, “Chris world champ.”

His father, Nik Nikic, said that accomplishment led to a talk about doing triathlons and, eventually, an Ironman.

Become a homeowner, buy a car, marry a pretty blonde like his mom, and complete an Ironman, he wrote.

It’s been an arduous journey leading up to the triathlon, filled with gratifying milestones. Nikic trained six days a week with friends, is outdoors, active, and connected to others, Sports Illustrated said.

Nikic proved to be a quick and motivated learner. He struggled on the bike initially but quickly became so proficient that he outpaced his first coach. His participation in the Special Olympics connected him with veteran Ironman competitor Dan Grieb who helped coach him along the way.

On Saturday, Nikic had 17-hours to complete the race — and he finished in 8 hours, 25 minutes.

Doctors said he’d never do anything more than tie his own shoes, his father said. But he noted that the friendships with his training buddies had been an even bigger blessing than his physical accomplishments.

“The greatest gift that Chris has gotten in all this is the gift of belonging.”