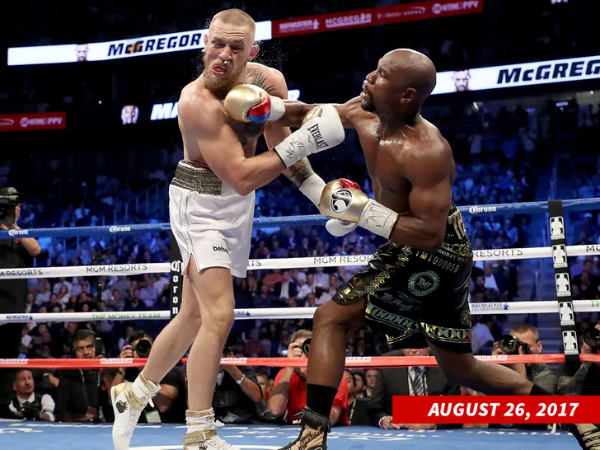 In 2017, Mayweather, 45, defeated McGregor in the tenth round of his final professional match.

Mayweather claims he is in discussions to fight McGregor once more after participating in multiple exhibition fights since his retirement.

Later, McGregor uploaded a photo from their prior fight to Instagram with the hashtag “#notinterested.”

For his rematch with McGregor, Mayweather recommended Allegiant Stadium, home of the NFL’s Las Vegas Raiders.

Floyd said, “They already talked to me about the sum I’m going to receive 9 figures.”

“You know we gotta start at least 100 million for Floyd Mayweather.”

This weekend in Japan, Mayweather will engage in another exhibition match against MMA champion Mikuru Asakura.

The American, who had a perfect 50-0 record when he retired from boxing, has participated in many exhibition matches, including one last year against YouTube sensation Logan Paul.

After his defeat against Mayweather, McGregor rejoined the UFC, but he has had trouble regaining the form that helped him become the organization’s first double champion.

The 34-year-old Irishman is presently rehabbing from a broken leg he got in his defeat to Dustin Poirier a year ago. He has dropped three of his previous four UFC fights.