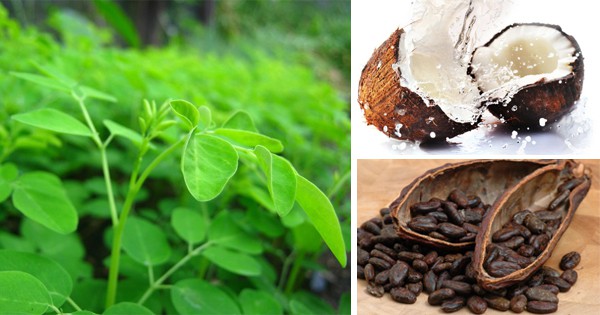 Whatever your dietary preferences, one thing is for sure — we all need micronutrients. These are the vitamins and minerals that are so vitally important for organ and cell function, and are key to making us function as we’re supposed to.

Fact is, we eat a lot of junk food, otherwise known as empty calories. The strange result of this is that we’re growing bigger but are malnourished. But it doesn’t have to be this way, because there are a lot of foods that pack a nutritional punch and are fairly easy to find. 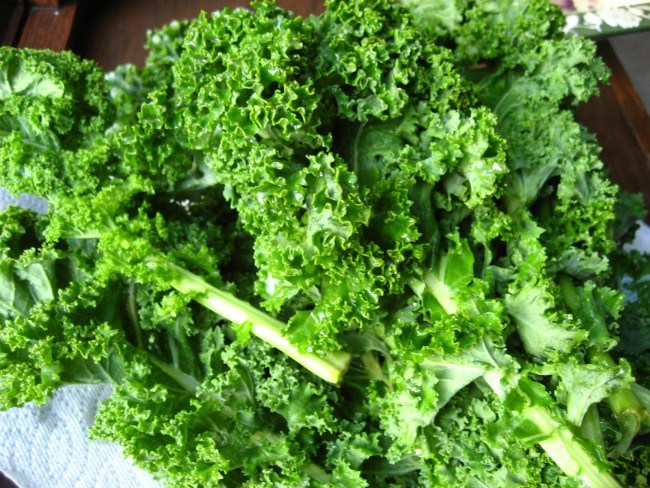 Kale deserves a special mention as the best leafy green vegetable you can get your hands on. It’s ridiculously dense in nutrients: it’s full of calcium, manganese and magnesium, and a single cup of kale more than fills your recommended daily amount of vitamins A, K and C. The other headline-grabbing tidbit is kale’s high levels of antioxidants — which help eliminate excess radical molecules/atoms/ions in the body, preventing unnecessary cell death. 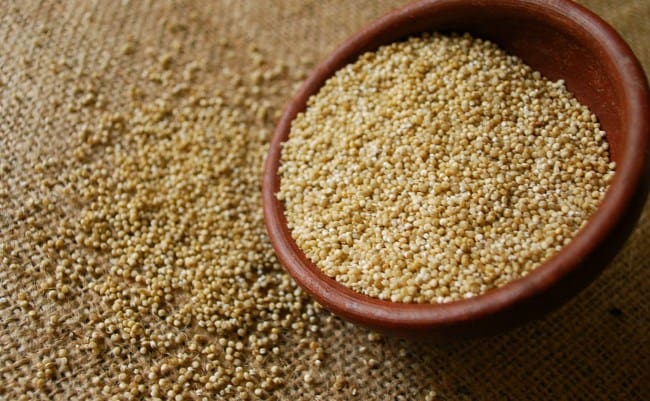 One of the best and most efficient sources of complete protein (containing all essential amino acids and more), the quinoa grain is another hyped superfood, and there’s a good reason for it. First of all, it was an Aztec staple, which is just generally cool. Second of all, it makes you really full, really fast. It’s also a great source of minerals, specifically iron and manganese, and most importantly, it’s easy to prepare and takes practically no time to cook compared with other grains.

Another great source of protein, lentils are incredibly versatile in cuisine, contain good amounts of fiber, and are full of complex carbohydrates — that’s the kind you want, because they take longer to burn and are therefore a more efficient source of glucose. That’s important for people who fear all the refined sugar in today’s diet, due to how it spikes our blood glucose and affects brain chemistry. With lentils as a staple food you’re looking at nice, stable blood sugar levels, and no mood swings. They’re also colorful! Yay! 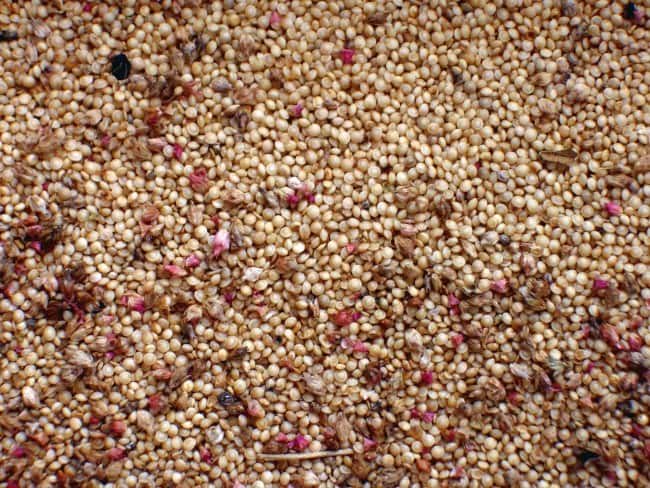 Man, the Aztecs really knew their stuff. While most of their food was unsweetened due to the lack of any real sources of sugar, their diets were full of beans, quinoa and this special grain-esque seed — amaranth. Small and almost sand-like, amaranth is similar to quinoa in many ways, especially in the protein department. It’s a bit tough to eat on its own, but like corn it can be popped into a delicious little nutty treat.

It can be grown in practically any arable climate, and each plant can bear up to 60,000 seeds, making it really easy to cultivate. According to a 1977 article in the American journal Science, these two features and its high protein content and comparable micro-nutrient content to unrefined oats makes it “the crop of the future”. 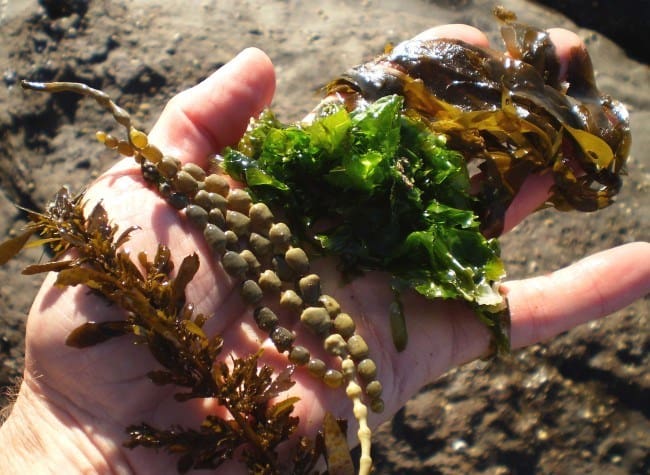 Seaweed is seriously amazing. One of its biggest benefits is that it isn’t commercially farmed in the way most vegetables are, which means you’re getting a lot more nutrients. Secondly, it’s amazingly rich in two very, very great things: fiber, and collagen, a protein that makes up most of your connective tissue and is crucial to keeping your skin elastic and your bones and tendons in shape. In other words, if you’re hitting your 40s and want a chance at looking like 20 again, short of a fountain of youth your best bet would be seaweed.

Another special nutrient in seaweed is alginate, which both slows digestion (so you can absorb more nutrients and burn carbohydrates slower) and protects the mucus that makes up your gut’s wall. Japanese seaweed (kombu, specifically) is also an important part of a plant-based diet (listen up, vegans and vegetarians), because it provides an enzyme that helps pre-digest beans and lentils, helping with your potential, uh, flatulence issues.

Additionally, kombu seaweed is a source of vitamin B12, which is absent in almost all plants and is usually only found in organic unwashed produce (due to the soil), nutritional yeast and some mushrooms. Seaweed also binds itself to a bunch of nasty stuff, like cadmium and lead, and radioactive material, so it’s great for getting things out of your system that aren’t supposed to be there. 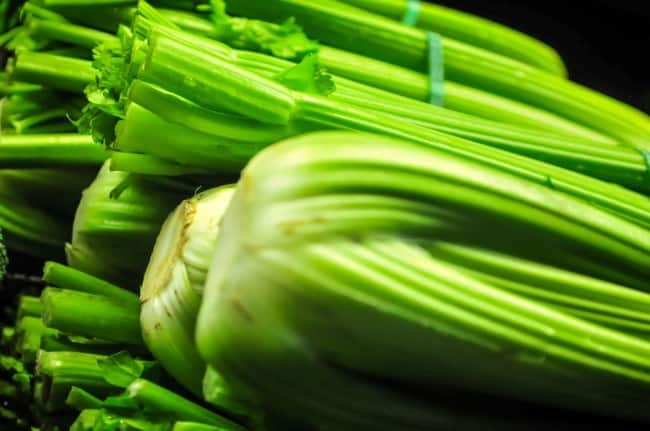 Ah yes, celery. A true aphrodisiac, and a great source of magnesium and vitamin A, celery releases a compound that’s anti-inflammatory, cancer fighting, lowers your LDL cholesterol and raises your arousal levels (while chewing, even). That’s not all. It’s really low in calories, if you’re worried about your intake, and it’s got a host of B vitamins and vitamin C to further boost it up the ranks of nutritional efficacy. If you’re not already munching on celery in your spare time, then consider adding it to salads, or using it in a vegetable broth recipe with mushrooms, onions and carrots. For athletes, it’s a source of electrolytes and sodium, so if you’re sweating buckets then some celery is a good way to replenish yourself. 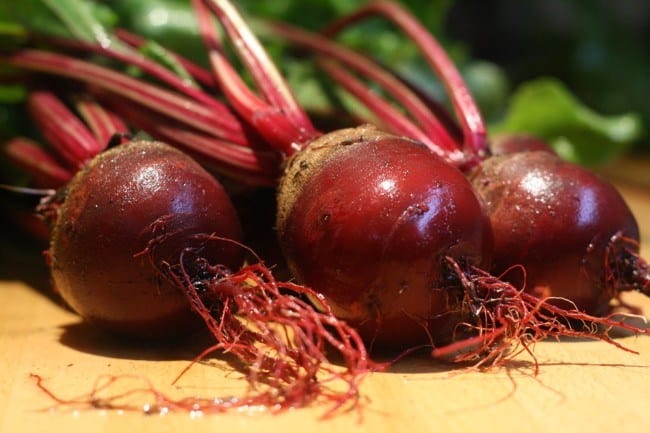 Often touted as the Olympian’s secret to ultimate running skills, beetroot is, like most roots, a good source of carbohydrates and fiber. It’s got great levels of iron, and vitamins A and C, and it’s specifically helpful in the heart department because of its nitrate content. Nitrate turns to nitrite due to enzymes in the mouth, and then goes on to stimulate the widening of arteries and veins and reduce clogging from high triglycerides. It’s got high levels of oxolate, however, so avoid it if you’re in dire need of calcium (as it prevents calcium uptake by the body) or have an increased risk of kidney stones (as the kidneys are where the calcium goes if it isn’t absorbed into the bloodstream). 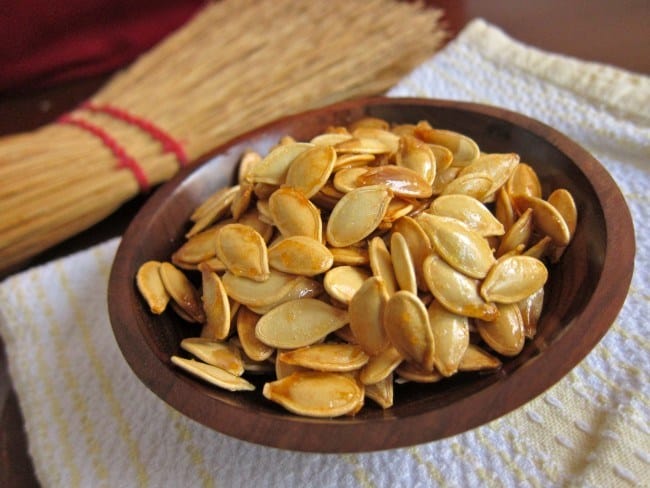 A man’s best snack, nothing in a diet protects your prostate from cancer and other dangers as well as pumpkin seeds do. They’re mineral-packed with zinc, magnesium, and iron, and they’ve got the omega-3 fatty acids that make fish so healthy (if you’re not buying farmed fish, of which you should only eat 200 grams a week due to dangers of contamination, or fish with high mercury content, like mackerel). They’re anti-inflammatory, reduce bad cholesterol, they’re alkalizing, they’re cheap, you can roast ’em at home, and on top of all that, they’re undoubtedly delicious. 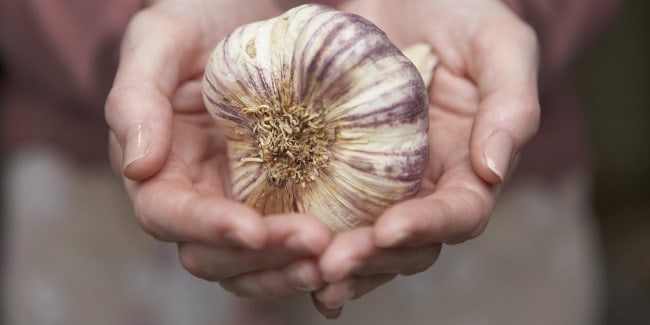 You love it or you hate it, and both depend on whether or not you ate it — garlic, the ultimate natural flavor enhancer for any chef. Garlic is an ancient medicinal root apparently prescribed by the Greek medicine man himself, Hippocrates, and evidence shows that not only is this “herb” amazing for the heart, it’s got a host of anti-cancer properties and is even suggested to help prevent food poisoning by killing certain bacteria, such as E. coli. On top of that, garlic is a detoxifier and helps with liver health, as its sulfur compounds filter out heavy metals. The active ingredient in fresh garlic — and the thing that makes it smell — is where all the magic is: allicin. 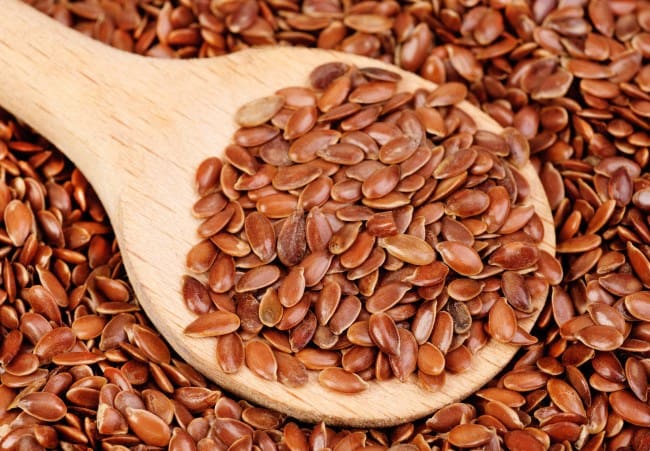 They’re tiny, they’re powerful, and they’re really not rare at all anymore — you’d be doing yourself a disservice if you didn’t at least check out what flax seeds can do for you. Aside from being one of the best sources of omega-3 fatty acids, they’re also so good for your heart health and anti-cancer crusade that King Charlemagne, all the way back in the eighth century, decided to make it law that every one of his soldiers incorporate flax seed into their diet.

It helps with hypertension, heart disease, and hardened arteries among other things, and it’s got a track record of research against colon, prostate and breast cancer. Most interesting, however, is its lignan count — it’s far, far higher than any other plant-based foods (lignans only exist in seeds and grains). Lignans are phytoestrogens, useful especially for achieving hormone balance in women. 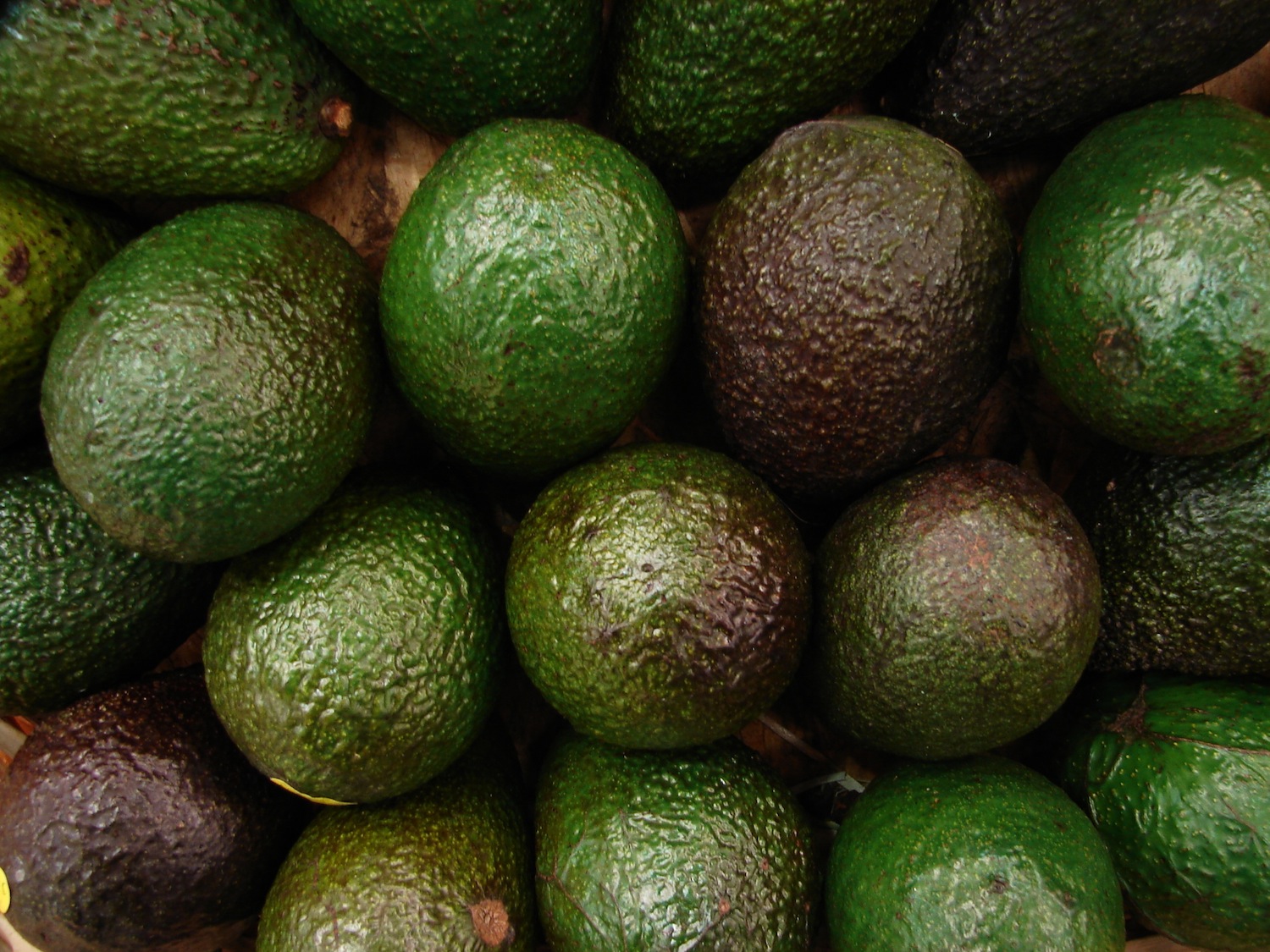 Creamy, delicious, and amazingly healthy, avocados are one of the best sources of fat you can come across. Although they’re pretty tricky to catch at the right stage of ripeness (you can speed up an unripe avocado by sticking it in a paper bag with a banana) avocados pack mostly Vitamin A, C, potassium, lutein and lots of folate, all of which are good things that help with eyesight, cardiovascular health and pregnancies. As with a lot of plants on this list, avocados contain phytochemicals that show anti-cancer properties, and they’re pretty hefty with their fiber — that is, if their fat content doesn’t fill you up already. 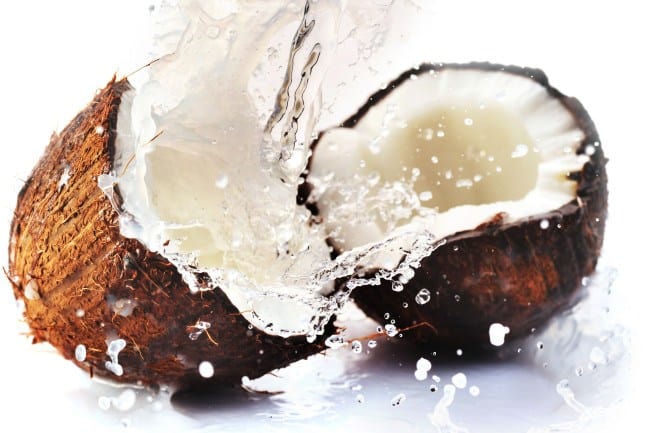 Another fat-filled food that absolutely has to be a part of your diet if you live anywhere near where they grow naturally, the coconut is an amazing plant with an incredible nut. When fresh and juicy, the nut can be split open and the water within can be consumed for a nice boost in energy in the form of tons of electrolytes (including potassium), cytokinins (plant growth hormones with anti-aging and anti-cancer properties) and, of course, minerals like calcium, iron, manganese and zinc.

The flesh, which turns into hard white meat in brown, mature coconuts, carries the virgin coconut oil that makes the plant such a superfood. A saturated fat, coconut oil (the unprocessed kind) metabolizes differently to the kind of saturated fat we get from animal products (milk fat and lard/tallow, for example). People who consume large amounts of saturated fats through coconuts have no apparent signs of heart disease. 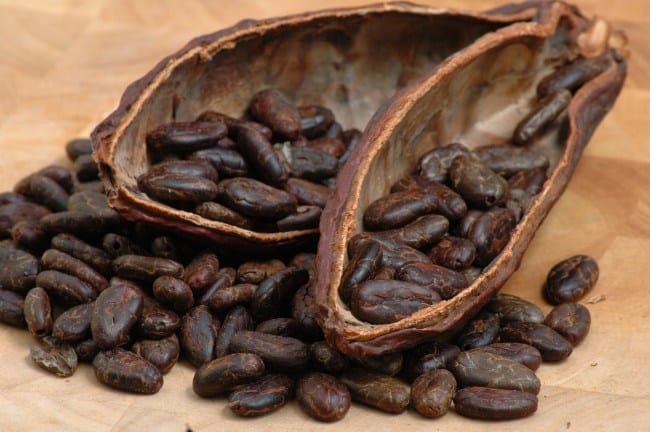 Back in the day, a typical ceremonial Monday in ancient Mexico might’ve started out with a nice cup of cacao, a sprinkling of chili, and a brutal ritual of getting-your-heart-cut-out-with-a-crystal-knife-and-tossed-into-a-waterfall. While you might want to skip step three, cacao is a very healthy little treat — if consumed right. Natural raw cacao contains a ton of antioxidants called flavonoids, which have heart and anti-cancer benefits.

Most chocolate is made with roasted cacao, which has been processed under high heat, and has had most of the flavonoids removed (yes, even most dark chocolate). A safe bet to get your cacao fix in the healthiest and most delicious way possible is by way of either raw cacao powder, with which you can make yourself a nice hot drink (try substituting sugar for chili if you want to be authentically Aztec, and like a little heart-thumping), or raw cacao nibs, which are crushed dried cacao beans coated in a fine layer of coconut sugar to beat the bitterness back a little. 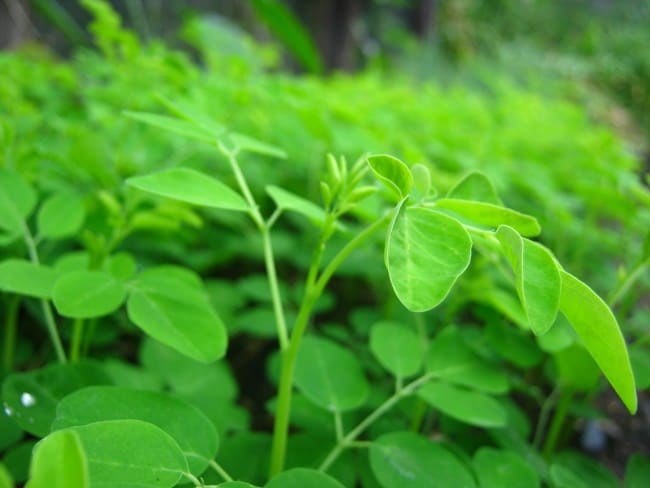 Dubbed the “Miracle Tree”, Moringa should be the one thing on this list you absolutely have to look into. Originally grown in the wild forests bordering the Himalayan mountain range, this little tree packs a completely edible reputation — you can grind and consume the bark, turn the seeds to oil, eat the roots and leaves, and eat the flesh of younger branches. It boasts a unique number of phytochemicals that have been found to have anti-cancer, anti-inflammatory, anti-fungal, antibacterial, antibiotic and insect repellent properties.

Its leaves pack more calcium than milk, more iron than spinach, more protein than the equivalent amount of beef, and more potassium than bananas. It has a slight sharpness to it when fresh, especially in the root, (for which it has been named the “horseradish tree”), and can be savory when dried. But best of all, it grows in conditions that approach what most people would define as drought, enjoying dry land more so than heavy humidity. It grows very fast, and can be kept at home in any subtropical or tropical climate, and even in the temperate zones if you’ve got an excellent green thumb.