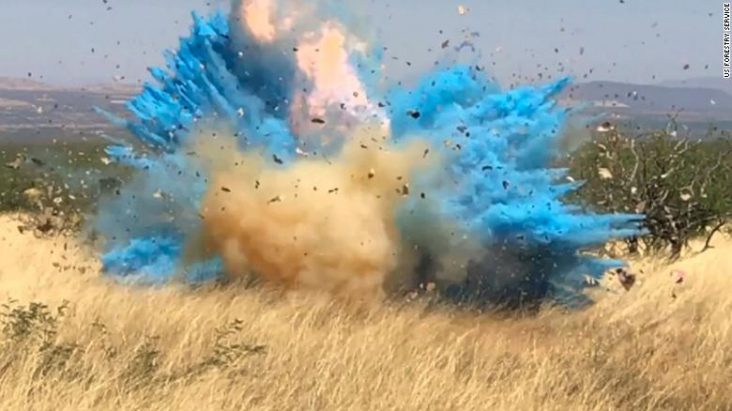 Gender reveal parties may be causing more harm than good.

The family that hosted a baby gender-reveal party near Palm Springs, California, and allegedly used a smoke-generating pyrotechnic device may have to pay over millions for the enormous damage and costs of putting the El Dorado Fire out.

The El Dorado fire destroyed at least 7,000 acres of land, with temperatures reaching 122 degrees in Palm Springs on Saturday.

According to a Desert Sun report, the fire threatened Mountain Home Village and Forest Falls, with officials having to evacuate communities alongside Oak Glen.

“The El Dorado Fire is burning just two miles from where the Apple Fire ravaged 33,000 acres last month, and fire officials said it would work to their advantage if the El Dorado Fire entered the burn scar,” the report said.

Bennet Milloy, a spokesman for the California Department of Forestry and Fire Protection, told the Daily Mail that the party hosts were still present when firefighters arrived, saying, “We know how it started because they were still there. That and the fact that there were surveillance cameras in the park.”

Milloy said the family is potentially civilly and criminally responsible for the fire outbreak, meaning they can face jail time and pay millions of dollars.

He acknowledged speaking to the family, stating the hosts “understood the seriousness of the fire … They genuinely believed it was an accident. But I think now they understand the gravity of the situation.”

“Across the whole of California, firefighters are currently battling 23 wildfires, which have so far destroyed 1.6 million acres. Almost 15,000 firefighters were working to douse the flames, and battling against record temperatures in the state,” the report said.