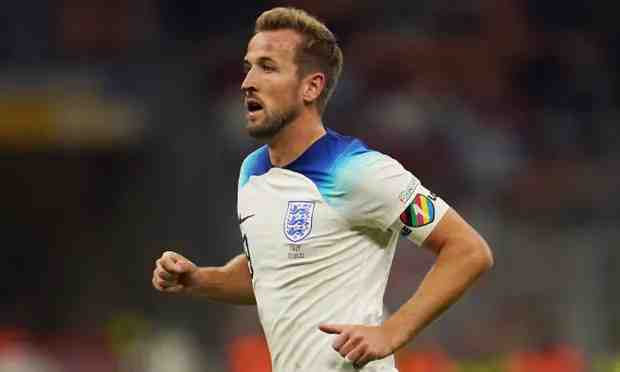 Germany’s football association has stated it would take legal action against Fifa over the World Cup ban on OneLove rainbow armbands, as it faces the humiliating decision of one of the country’s top grocery companies to break business links over the controversy.

After threats from the world football governing body to issue yellow cards to team captains, the DFB refused to allow players in Qatar to wear the armbands promoting diversity and inclusion, but faced a swift reaction, including from the supermarket chain REWE, which became the first sponsor to take direct action, saying it would drop its advertising campaign in protest of the decision.

The DFB’s spokesperson, Stefan Simon, revealed that the DFB has filed a complaint against the decision’s legality at the International Sport Court (CAS) in Lausanne.

“Fifa has forbidden us from using a symbol of diversity and human rights. It said the ban would be linked to massive penalties (in the nature of) sporting sanctions without concretising exactly what it meant. The DFB is keen to clarify whether Fifa’s procedure is in fact legitimate,” he said.

Simon stated that the DFB wanted to lift the ban before Germany’s second match against Spain on Sunday, restoring captain Manuel Neuer’s freedom to wear the OneLove emblem without penalty.

REWE announced in a statement before the DFB launched its legal action that it wished to clearly disassociate itself from Fifa’s position and the weekend speech by its president, Gianni Infantino, in which he accused the West of “hypocrisy” in its reporting on Qatar’s human rights record.

Linoel Souque, CEO of the Cologne-based retail giant with annual global sales of €76.5 billion (£66 billion), said the firm could not accept Fifa’s attitude. “We stand for diversity and football is diversity. The scandalous behaviour of Fifa is for me as the CEO of a diverse company as well as a football fan absolutely unacceptable,” he said.

The DFB made its decision after Fifa threatened to sanction participating clubs, including handing yellow cards to players, if they did not comply. Germany, England, the Netherlands, Belgium, Switzerland, Wales, and Denmark all backed down from plans to let their captains wear the armbands.

DFB’s president, Bernd Neuendorf, said: “In my opinion this is something of a display of power by Fifa. We see this as more than frustrating as well as being an unprecedented event in the history of the World Cup.

Deutsche Telekom stated on Tuesday that it intends to speak with the DFB, but did not specify what action it is willing to take. The DFB’s other commercial partners, Volkswagen, Adidas, Lufthansa, and Commerzbank, are all under pressure to respond.

The row illustrates Germany’s typically negative and frequently hostile attitude toward the event, which is being held in Qatar. Protests have included street marches and one stadium lighting 20,000 candles for Qatar migrant workers who have perished, many of whom were building World Cup facilities.

Some German taverns and clubs have refused to screen the event, while others have said that the revenues from their alcohol sales would be donated to migrant worker charity.

REWE informed the DFB last month that it will not be renewing its years-long deal with the DFB, but made no mention of the World Cup.

Souque stated that the sticker album, as well as the sticker packages that go with it, will be made available for free with immediate effect. He also stated that any proceeds from sticker record sales will be given to a worthy charity.

Souque stated that the retailer still wished the German team luck. “We’re on your side and are rooting for you,” he said.

According to polls, more over half of Germans support boycotts of the World Cup by viewers, sponsors, and politicians. The majority have stated that they will not be watching matches on television, and the national broadcaster has come under fire for spending about €200 million for the broadcasting rights to show the event. Many lawmakers who were supposed to travel to Qatar are now unable to do so.

The encounter between Japan and Germany on Wednesday afternoon will be the true litmus test for football fans’ emotions.

Nancy Faeser, Germany’s interior minister, called the armband ban a “massive mistake” by Fifa. “It breaks the heart of every fan to see how Fifa is also putting the burden of this on to the shoulders of the players,” she said.

Theo Zwanziger, a former DFB president, told Bild: “I’m happy that the DFB is now defending itself against the extraordinary machinations of Fifa president Gianni Infantino and is taking its case to the CAS. Anything else would have only done further damage to the credibility of the DFB,” he said.