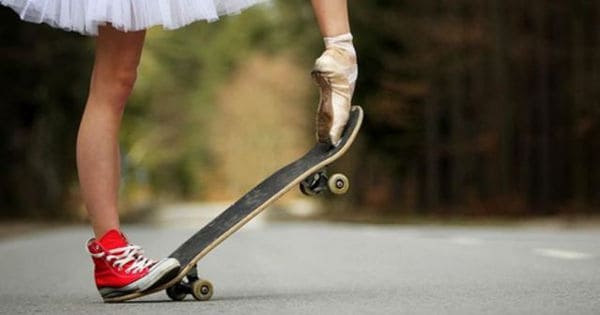 As children, we are all taught to believe in the separation of gender roles. We are expected to do certain things because of the sex that was assigned to us at birth. Growing up, I watched my sister play with dolls while I played classic boys games like basketball and Super Mario Bros. By doing this, I quickly learned what it meant to be a “girl” and what it meant to be “tomboy”.

Tomboys are typically seen as independent, tough, athletic girls who play sports and socialize with other boys because they identify more with the opposite sex. A tomboy is often confused for being transgender or gender fluid because of her refusal to conform to female stereotypes.

Girly girls are seen as delicate, gentle, talkative girls who love wearing dresses and playing with dolls. They are typically socialized more with other girls because they identify more closely to the female sex. A girly girl is often seen as a cisgender who lacks a sense of adventure and independence.

In truth, the lines between being a tomboy or being a “girly-girl” are blurred. The term “tomboy” seems to have been created so that parents could label their children in an attempt to steer them toward the correct path of gender conformity.

I believe that there is no wrong way to be raised or to behave as an individual, with the exception of violence and physical abuse. Nowadays, children are taught that they can be whoever they want if they work hard enough for it. I feel like making this distinction between “girly-girls” and “tomboys” is a waste of time because, in the end, we are all just people with different interests.

I personally feel that most people who use these terms to describe themselves do so to fit into a specific social group or gain a sense of belonging. By doing this, they fail to express their independent thinking and true personality.

I believe that the only people who truly stick to these gender roles are children. As an adult, you are free to explore your interests and be whoever you want without worrying about what society thinks of it. I feel like everyone should focus more on their own happiness rather than conforming to society’s ideals or trying to fit in with a certain group of people. When you are free to be yourself, then your happiness will follow.

Are you more on the side of “tomboy” or “girly-girl”? I am proud to say that I am a combination of both tomboy and girly-girl. I enjoy doing things that society has deemed as “masculine”, but I also enjoy dressing up in cute dresses when the occasion calls for it.

It all comes down to what you are most comfortable with, and who cares what anyone else thinks? As long as you are happy with your choices, then that is all that matters.