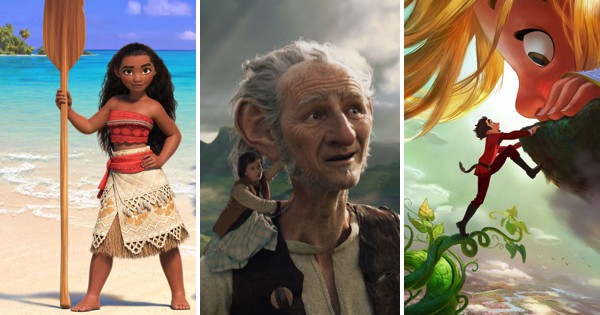 Everyone loves a good Disney movie, so we’ve compiled a list of all the Disney films (including collaborations with studios such as Pixar) with a known release date in the US. The good news is that between now and 2019 there’s plenty to be excited about — 25 reasons to be exact! So embrace your inner child and check out these upcoming releases.

This “Finding Nemo” sequel finds Dory six months later when she suddenly begins to recall details of her childhood. She teams with up Nemo and a band of other sea creatures and they set out to unravel the mysteries of Dory’s past.

Steven Spielberg directed this vivid tale of a young girl and a Big Friendly Giant who helps her navigate through the wondrous and dangerous world of Giant Country.

A fresh twist on this 1977 Disney favorite about an orphaned boy and his pet dragon melds live action and CGI.

A brilliant yet cocky surgeon finds his career destroyed. But he gets a fresh start after a sorcerer helps him by training him to defend the world against evil.

A young woman, joined by the legendary demo-god Maui,  sets out on a voyage for a fabled island.

This action-packed prequel to “Star Wars: A New Hope” focuses on a group of resistance fighters who band together to steal the plans for the Death Star.

This classic fairytale gets a live-action revamp and features Dan Stevens playing the monstrous prince and Emma Watson as the young woman who falls in love with him.

This sequel follows the gang’s quest to solve the mystery of Peter Quill’s true parentage.

#9. Pirates of the Caribbean: Dead Men Tell No Tales.

The fifth installment of this swashbuckling series finds Jack facing the deadly ghost pirates from the devil’s Triangle. The ghost pirates prey on every pirate on the sea and in order to survive, Jack faces the daunting challenge of collecting the legendary Trident of Poseidon. 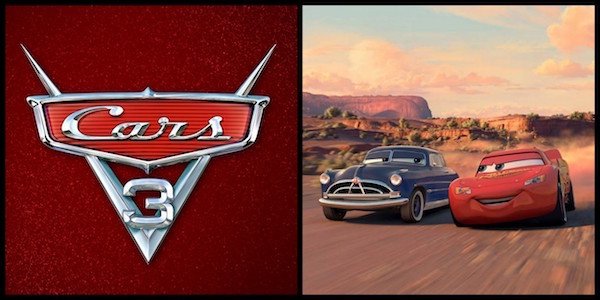 The film will focus on Lightning McQueen, now a veteran racer, as he participates in races around America with new-friend Cruz Ramirez and new-enemy Jackson Storm and returning characters such as Mater, Sally, and Ramone.

This reboot of the Spider-Man franchise is the sixteenth installment in the Marvel Cinematic Universe, while also being the fourth installment of Phase Three. We follow Peter Parker on his crime-fighting adventures through the streets of New York.

This installment of the “Thor” series will be the last of the Asgardian trilogy and will feature The Hulk. The movie will resolve the cliffhanger that left us in suspense at the end of “Thor: The Dark World”, where we learned that Loki has secretly taken the Asgardian throne while pretending to be Odin (his adoptive father). 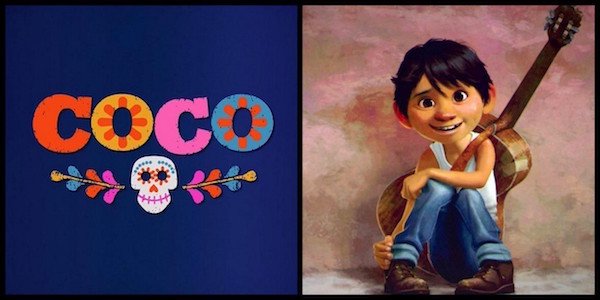 Coco follows a 12-year-old boy named Miguel who sets off a chain of events relating to a century-old mystery. The official story description is: “Coco is the celebration of a lifetime, where the discovery of a generations-old mystery leads to a most extraordinary and surprising family reunion.”

In this “Star Wars” installment, Rey continues the journey she began in “Star Wars: The Force Awakens”. Finn, Poe and Luke Skywalker join Rey on her adventures. 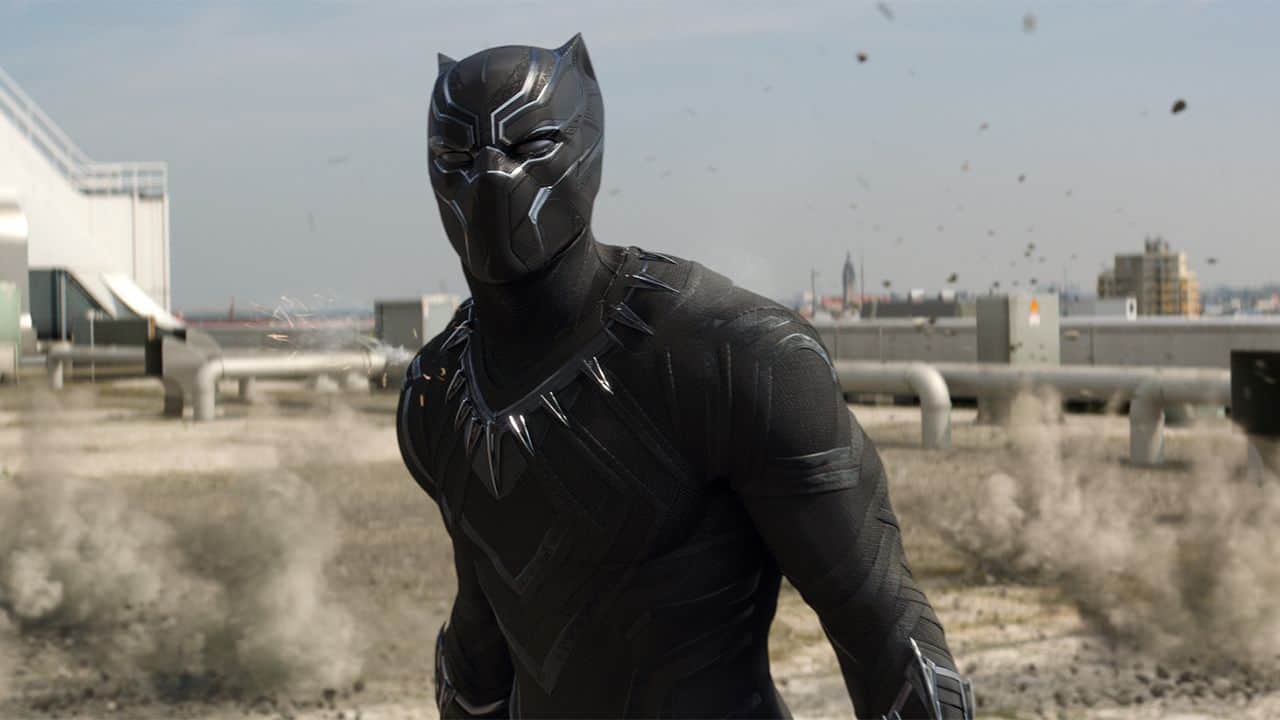 T’Challa, the new ruler of the advanced kingdom of Wakanda, must defend his land from being torn apart by enemies from outside and inside the country. 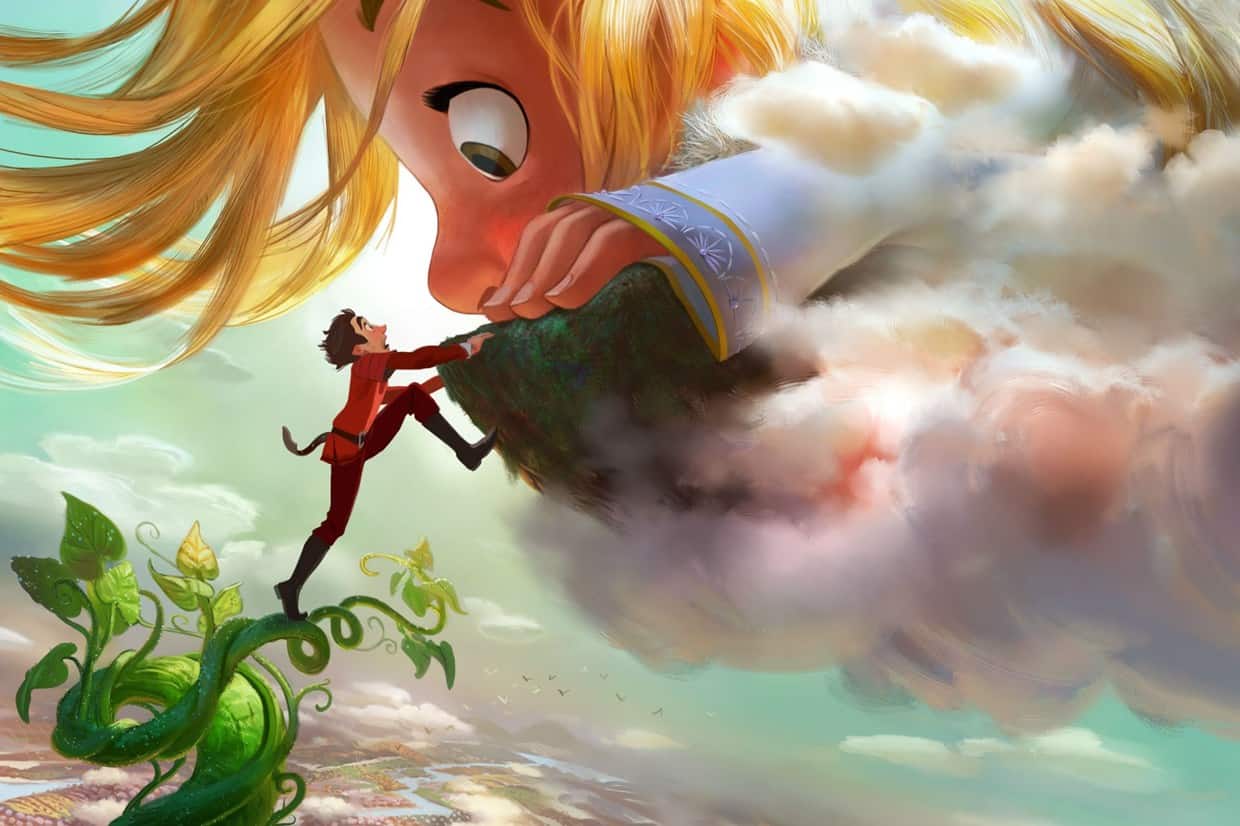 Set in Spain during the Age of Exploration, the film will follow Jack as he discovers a world of giants hidden within clouds. Jack befriends the female giant Inma, who’s “10 years old, 60 feet tall, fiery, feisty and a lot to control” and treats him like a living doll, Greno said. Meanwhile, the antagonists, Storm Giants, stand at 120 feet.

As shown at the end of Age of Ultron, Thanos has the Infinity Gauntlet and he’s looking for the Infinity Stones, which combined give him unprecedented power over the universe.

Star Wars fans will rejoice as they learn the origin story behind Han Solo, the talented space pilot/smuggler and his furry pal Chewbacca.

Woody and Buzz go on an adventure to find Bo Peep,  the one toy who was given away. We’re particularly looking forward to this one. There’s no official trailer yet but this interview with Tom Hanks (Woody) is great!

This sequel continues with the adventures of Ant Man, who has the amazing ability to shrink in size while growing in strength.

Based on the 1977 Marvel Comics character, Captain Marvel is a female superhero who gained her super powers after an explosion. She’s super strong, can fly and her adventures will keep you glued to the screen.

A continuation of Part 1. Enough said (we don’t want to give away any spoilers!)

Star Wars: Episode IX will be the final film of the Star Wars sequel trilogy. Plot details are still under wraps but you can expect lots of excitement.

This sequel will continue with the adventures of Mr. Incredible, his wife Elastgirl and their super-children Violet and Dash as they save the world from big bad villains.